After a rare week of cold, rainy May weather, the front range returned to sunshine and blue skies Wednesday night, a perfect welcoming gift for indie-pop sensation Rex Orange County. His bright, sunny vibes paired perfectly with the stary sky and chilly spring night at Red Rocks Amphitheatre, topped off by great energy and a performance that read like a coloring book of teenage heartbreak and playful innocence. 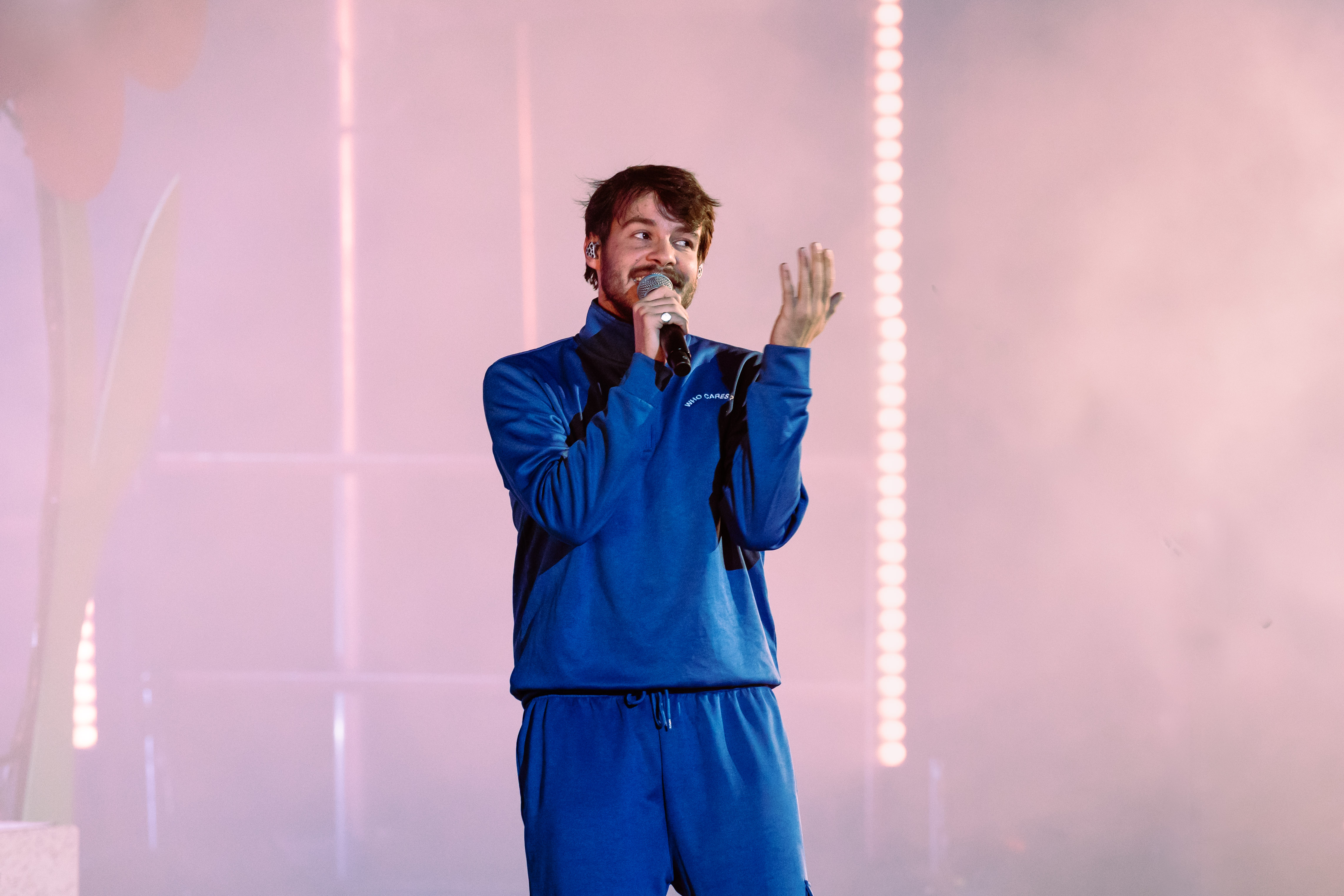 It was a relatively early night, probably meant to accommodate the young crowd. Everywhere you looked, high schoolers were pulling shots from empty Tylenol bottles they snuck past security. Braces shined against the backlight of the stage as kids held their first romance close. Thankfully, they respected the performance enough to maintain their composure. Aside from the occasional “Woah, I’m so wasted right now” from a squeaking 14-year-old trying Fireball for their first time, it was nice to reminisce on those care-free days of adolescence.

Dijon warmed up the crowd as the sun went down with his smooth pop-R&B aesthetic and charismatic style. His performance was easy to enjoy, with simple melodies and sparkling keys projected in front of a black and white cow-spotted tapestry covering Rex Orange County’s musical theme park stage production. Dijon’s music was surprisingly powerful with the strikingly raspy voice of a blues singer that worked flawlessly as Rex’s prelude.

The aesthetic of Rex Orange County’s performance, from the music to the stage design, was like a hipster’s coloring book. Neon sculptures of thumb-like characters sporting umbrellas, sunglasses and goofy hats in front of a big neon sign announcing that this was, in fact, the “Who Cares?” tour. 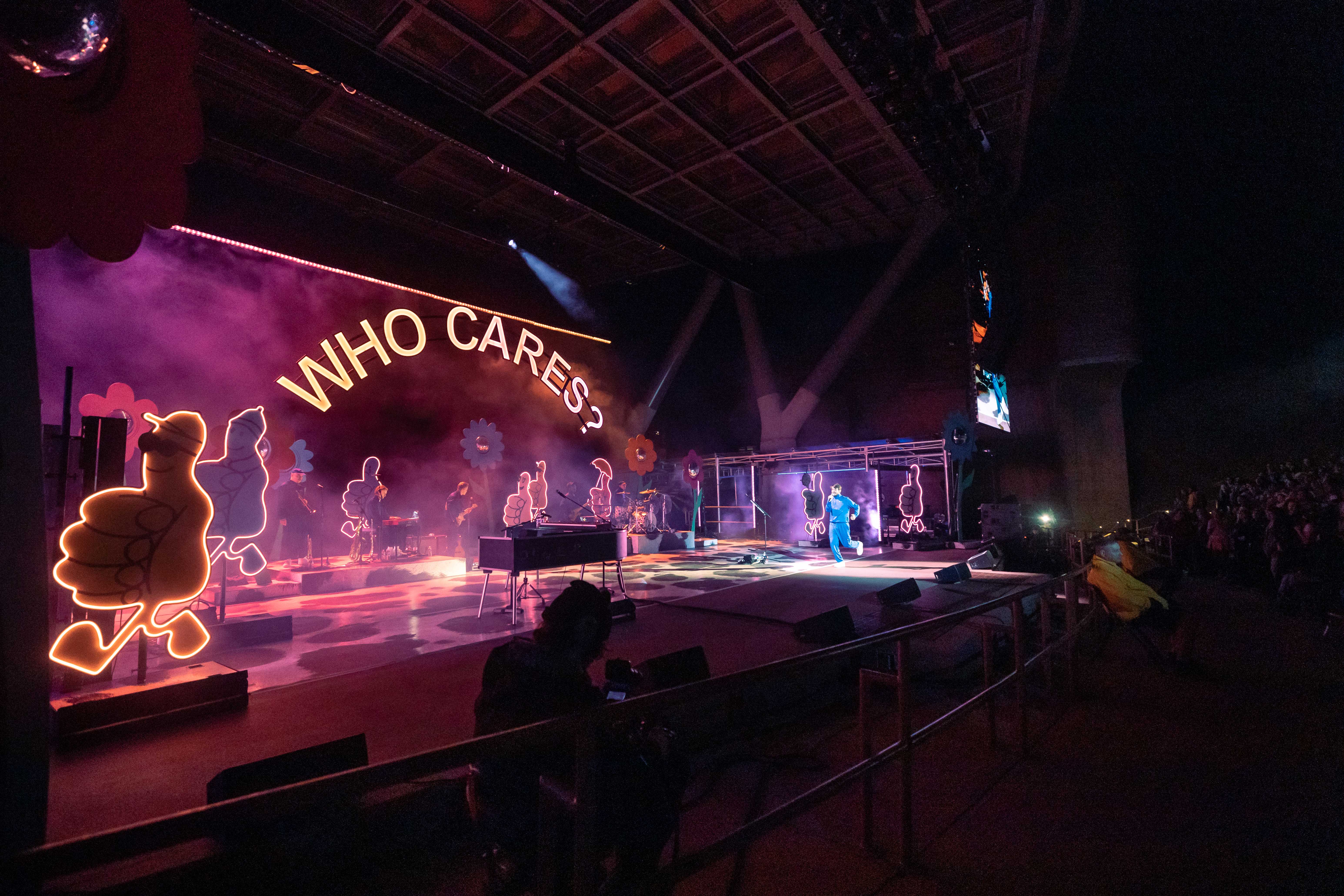 After a short introduction, Rex performed “KEEP IT UP,” an optimistic ode to overcoming the anxieties of everyday life. Verging on the edge of corny, but never cringy, Rex jumped, kicked and danced freely across the stage without a care in the world. “KEEP IT UP” is the sound of a good joke told after a hard day at work or an episode of your favorite sitcom right before bed. It’s a song about appreciating the little things that make life worth living.

Rex Orange County is a wacky guy — that’s what makes him so endearing. He comes across as a normal dude who deals with anxiety and heartbreak just like the rest of us. As such, songs like “ONE IN A MILLION” and “7AM” were fun, relatable tunes that sounded right at home with the crowd chanting every word. Even better, Rex refused to stay still. When he wasn’t showcasing his goofy dance moves, he was running to the keyboard or strumming on his telecaster. His band brought a lot of intrigue as well, adding some well-placed horns, tight drums and the occasional guitar solo, although Rex’s solo performance of “Corduroy Dreams,” the first song he ever wrote, was just as enjoyable without all the bells and whistles. 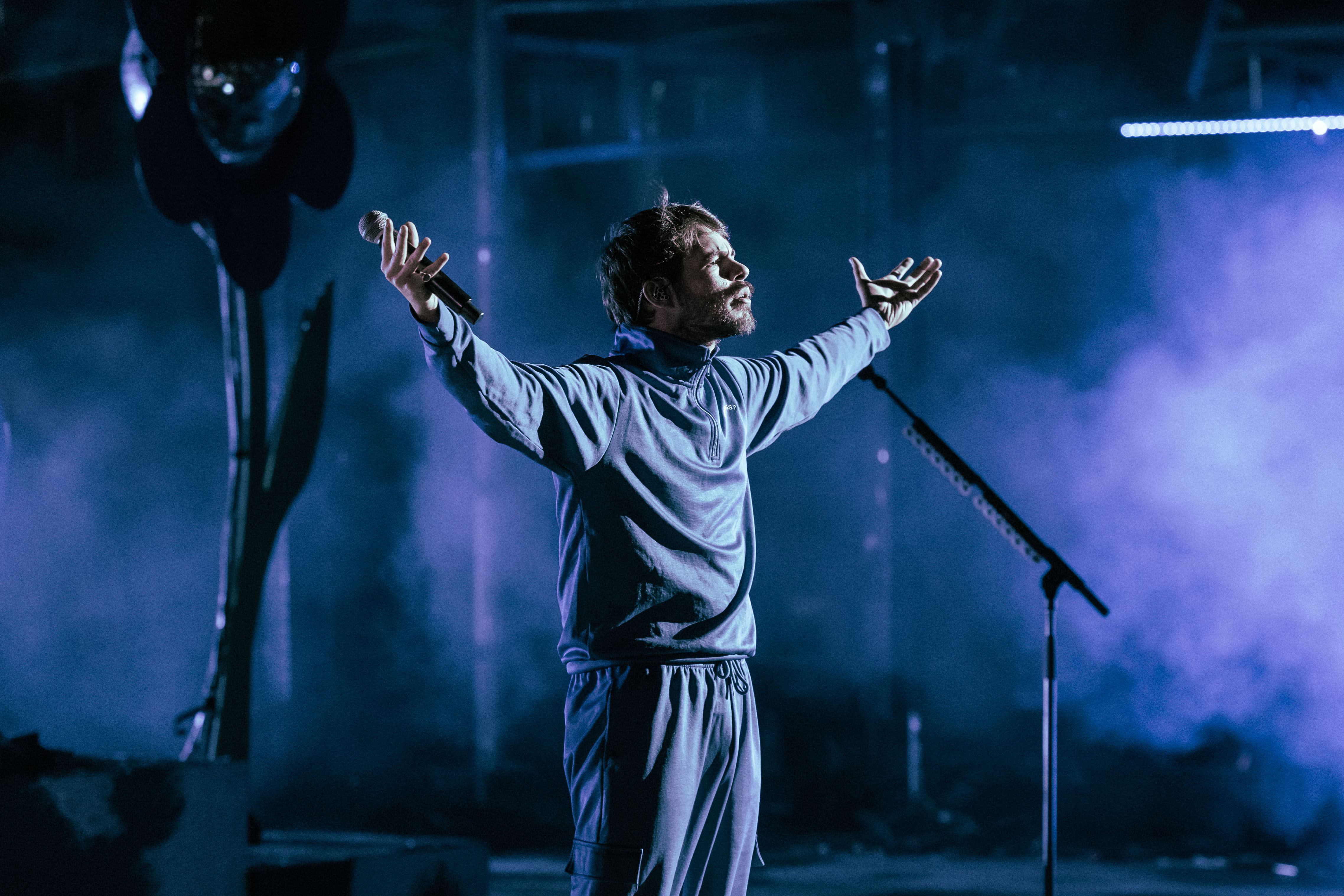 Rex saved the fan favorites for the end, where shimmering disco balls blasted reflections across the massive crimson rocks while giant balloons bounced from one side of the amphitheater to the other beneath the cheerful sounds of tracks like “Lovin Is Easy” and “Never Enough.” From beginning to end, his show was a delightful escape, an ode to loving life despite its many obstacles.