Neon butterflies hovered above the stage at Mission Ballroom — a sign that the springtime of conscious listening (particularly to St. Paul & The Broken Bones) would begin. As the hour hand swayed to nine, The Beatles’ “I’m Only Sleeping” played briefly before distorting into a white noise of hypnotic chant, inducing the audience to question their perceptions of reality. It was at this time when the crowd fell under the fog of their swirling consciousness did the band’s instrumentalists appear. St. Paul & The Broken Bones’ entrance was a beaming gateway to another world illuminated by a neon doorway that led into a rainbow vortex. 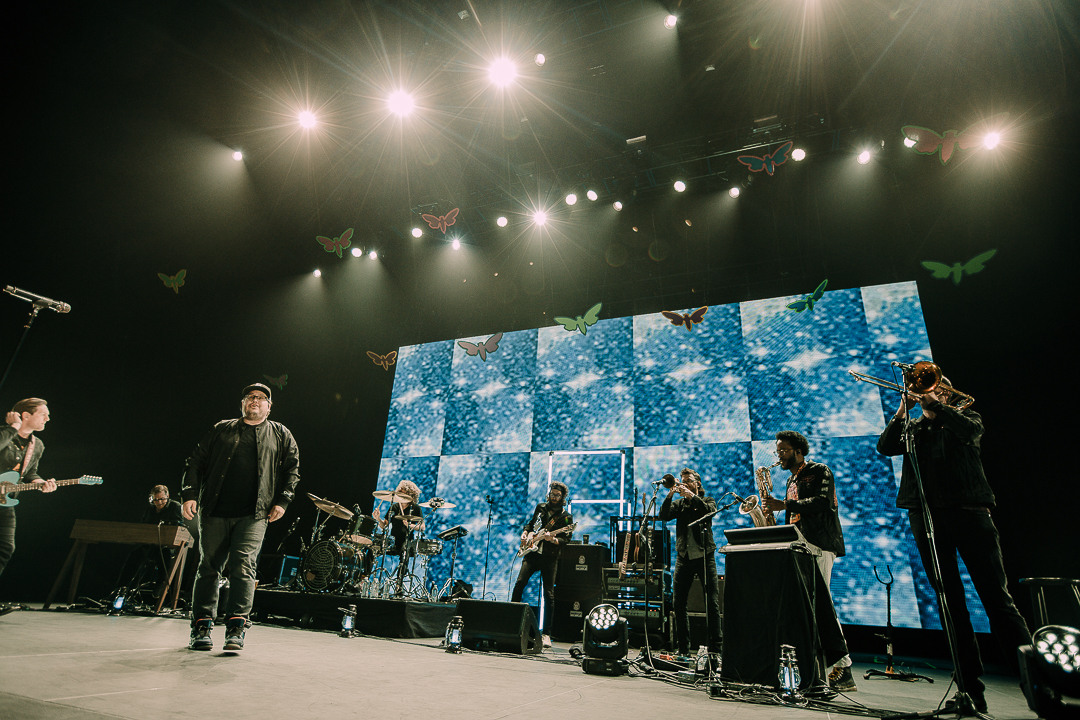 The Alabama-based band St. Paul & The Broken Bones continued their national tour in Denver Thursday night following the release of their latest album, The Alien Coast. The eight-piece band wasted no time throwing the groove around as the subliminal hypnotism set into the audience’s psyche enough to begin, “3000 AD Mass” — the introduction track to The Alien Coast. The album, described as, “a fever dream in sonic form,” on the band’s webpage, carries plenty of funky overtones with psychedelic flare and the signature soul vocals embodied by lead singer Paul Janeway.

As any band should, they wasted no time getting into their new songs, sometimes to the audience’s surprise or lack of knowledge of the band’s album tour.  With the lyrics “bullet like a train,” a “feeling through my brain, bang, bang,” “The Last Dance” failed to inspire any sort of rhythm in the waking audience despite its captivating lyrics and punching delivery. There was no love lost by the musicians as they continued, knowing full well a large majority of the audience wasn’t familiar with their release. As much as a mass needs a pastor and a trip needs a guide, Janeway carried himself as the psycho-dimensional conductor, navigating the audience through the airwaves and in between the astral realm where sleeping and dreaming meet. 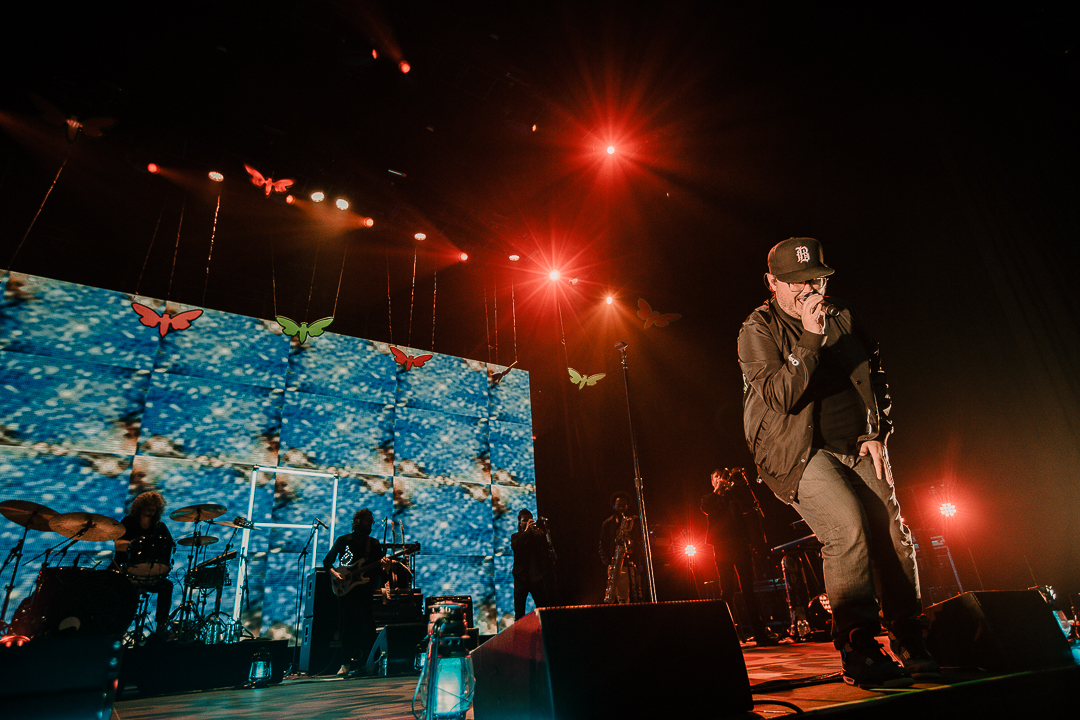 Several songs in, as the tempo slowed and the band made their formal introductions, Janeway was insistent on etiquette. “We got to do the show right, so that means we’re coming out to see you,” he stated. He then, worked his way off the stage to the heart of the main floor and continued until he reached the highest balcony of the venue while performing “All I Ever Wonder” to the astonished crowd. Whether the audience knew the song or not, they loved the spectacle and execution of the performance. The lacked gusto had long passed and the crowd found their stride — even in lost lyrics.

“Popcorn Ceiling” was a transcendental voyage felt in the ears and pulled from the heart by way of Janeway’s vocals. The crowd was comfortably settled and comparably submissive by this time in the set — or, more accurately, what felt like mass. When the singer sang, he preached and when the music played, the crowd lifted and raised their arms to surrender to themselves and the feeling of weightlessness. 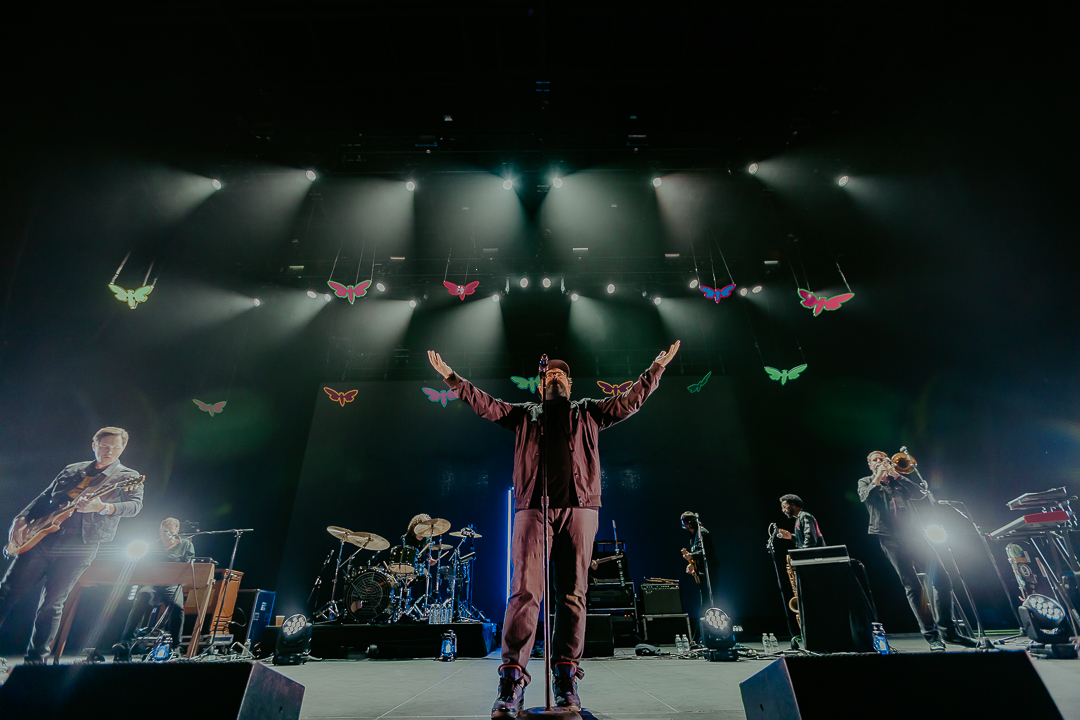 The gateway was closing and soon St. Paul & The Broken Bones would end their transdimensional set but only after the traditional solos where the brass shined brightest. Adding an extra brass player to any performance couldn’t hurt. The horns rang, but it was the saxophone whose climax was, fair to say, sonically orgasmic.

The band eventually got to their most popular songs, playing “Apollo” and “Grass is Greener” toward the end of the night as they wrapped up and made their way off stage. Of course, they came back with Janeway asking, “You want to do one more song?” to the crowd, swiftly followed by roaring applause. “Alright,” he replied, “We’ll do three more songs.” 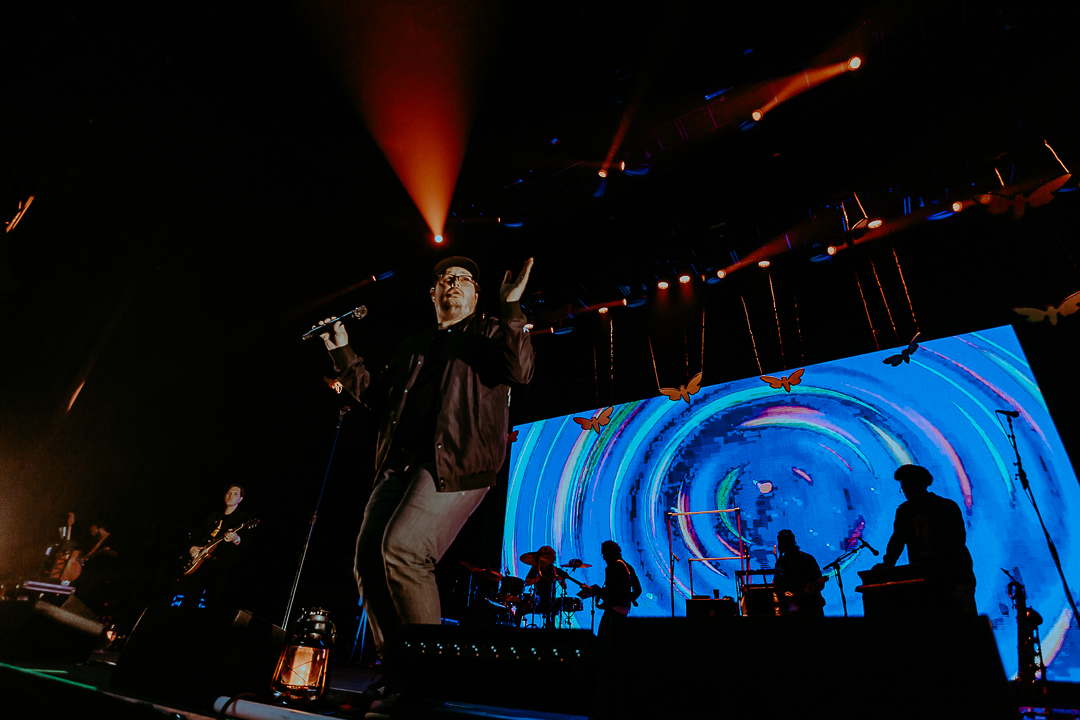 The act was a spiritual sermon that pierced the auditory space between the soul and psychedelic precipice. St. Paul & The Broken Bones curated a performance that was non-stop showmanship thanks to Janeway, but the rest of the band played their part immaculately. If the crowd was unfamiliar with The Alien Coast tracks, they quickly learned which songs were their favorite after the performance.