Cañon City turned 150 on April 2, and the town kicked off the celebration with fireworks and will continue the celebration throughout the year with a variety of events and activities. Visit Cañon City this year and participate in its sesquicentennial by exploring the city’s history and the best of the Old West.

Officially incorporated on April 2, 1872, Cañon City has a rich and storied past reaching back hundreds of years to its earliest indigenous populations — most notably the Ute — who arrived in the region in the 1500s. Later, early explorers came looking for gold in the mid-1840s and during the 1858 Pike’s Peak Gold Rush. The city continued to grow exponentially with railroads competing for the valuable line running through the Royal Gorge and the nation’s first large-scale paleontological finds of dinosaur bones, both of which put the city on the map.

How to Celebrate Cañon City’s Sesquicentennial 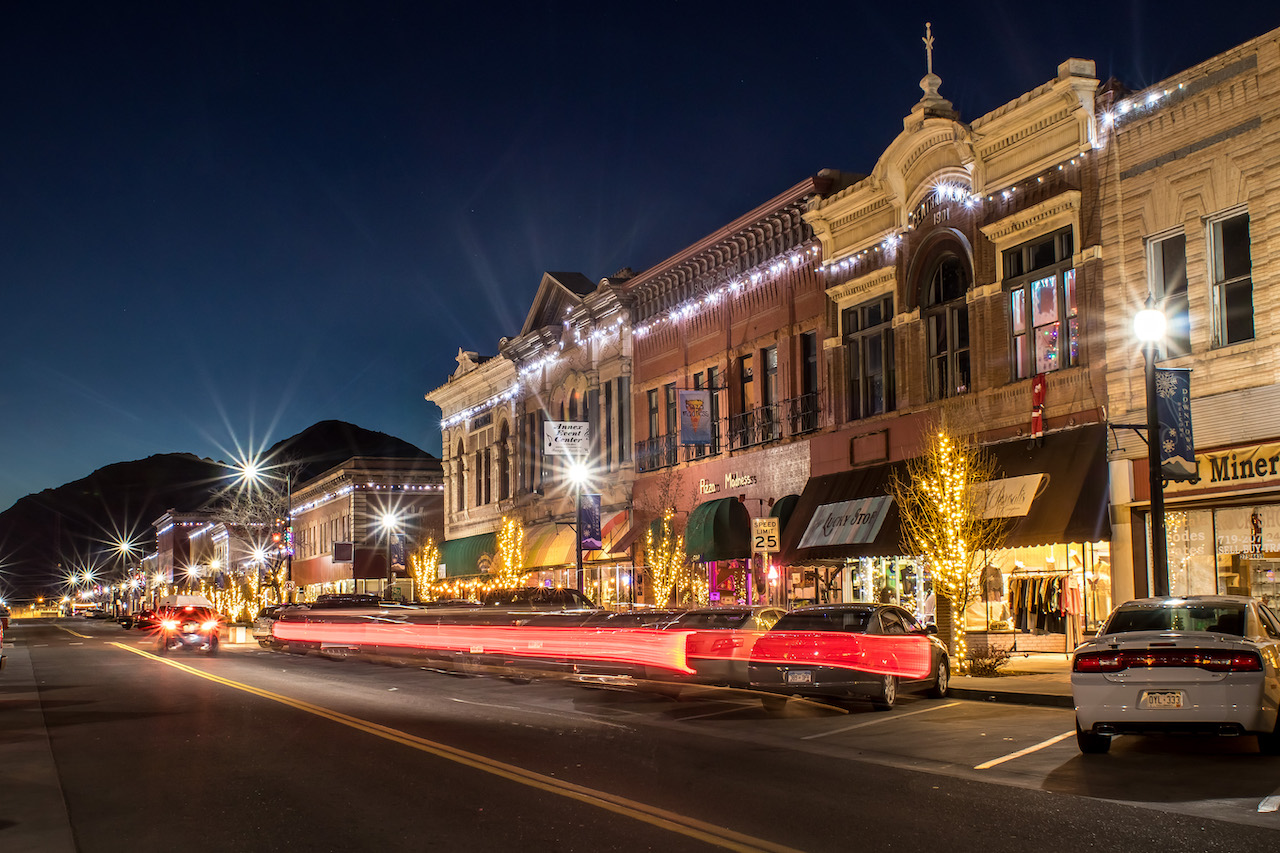 Take part in an entire line-up of events, activities and experiences that highlight the best of the Royal Gorge Region. In addition to special events, new murals will be found along Main Street with local businesses participating in the fun.

Visit a Cidery or Winery 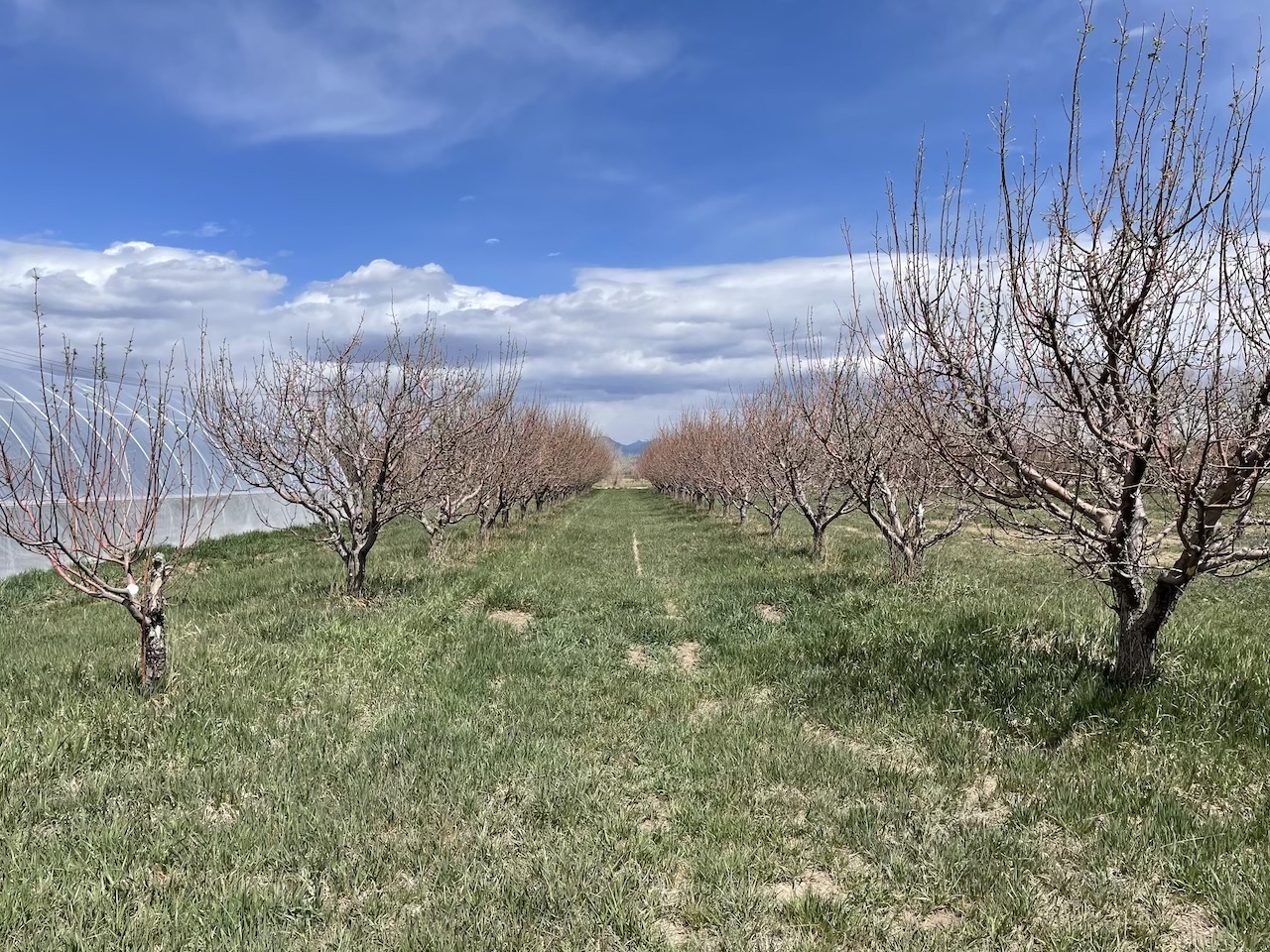 The Royal Gorge Region’s agricultural roots run deep. The oldest orchards in Colorado are found here in Fremont County; the first apple trees were planted in the Florence area in the late 1860s and later by Italian immigrant families who also planted grapes for winemaking. Today, visitors can taste their way through the region’s agriculture firsthand by stopping at local wineries, including the Winery at the Holy Cross Abbey and cideries along the Fremont Country Wine Trail in Colorado’s newest wine region.

Take a Train Ride Through the Royal Gorge 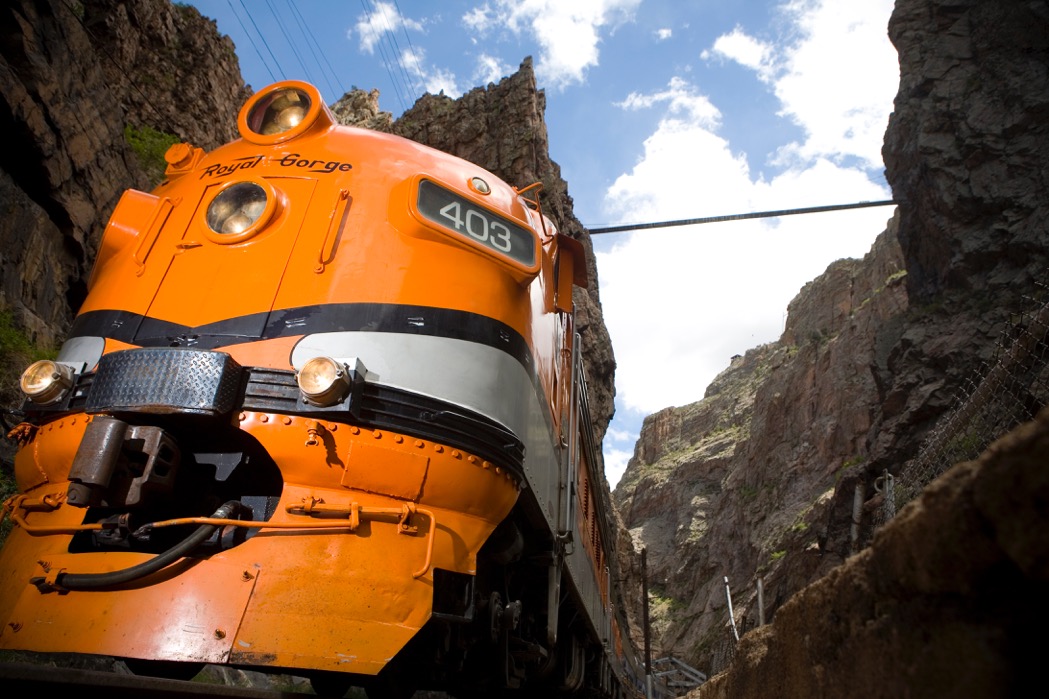 A large part of Cañon City’s growth came from the railroad boom. Railroad companies such as the Atchison, Topeka, and Santa Fe Railway battled it out to fight for the precious line running along the floor of the Royal Gorge that would lead to where gold had been found in Colorado. Today, you can see where these battles took place on The Royal Gorge Route Railroad, which guides visitors through the Royal Gorge on an unforgettable train ride. 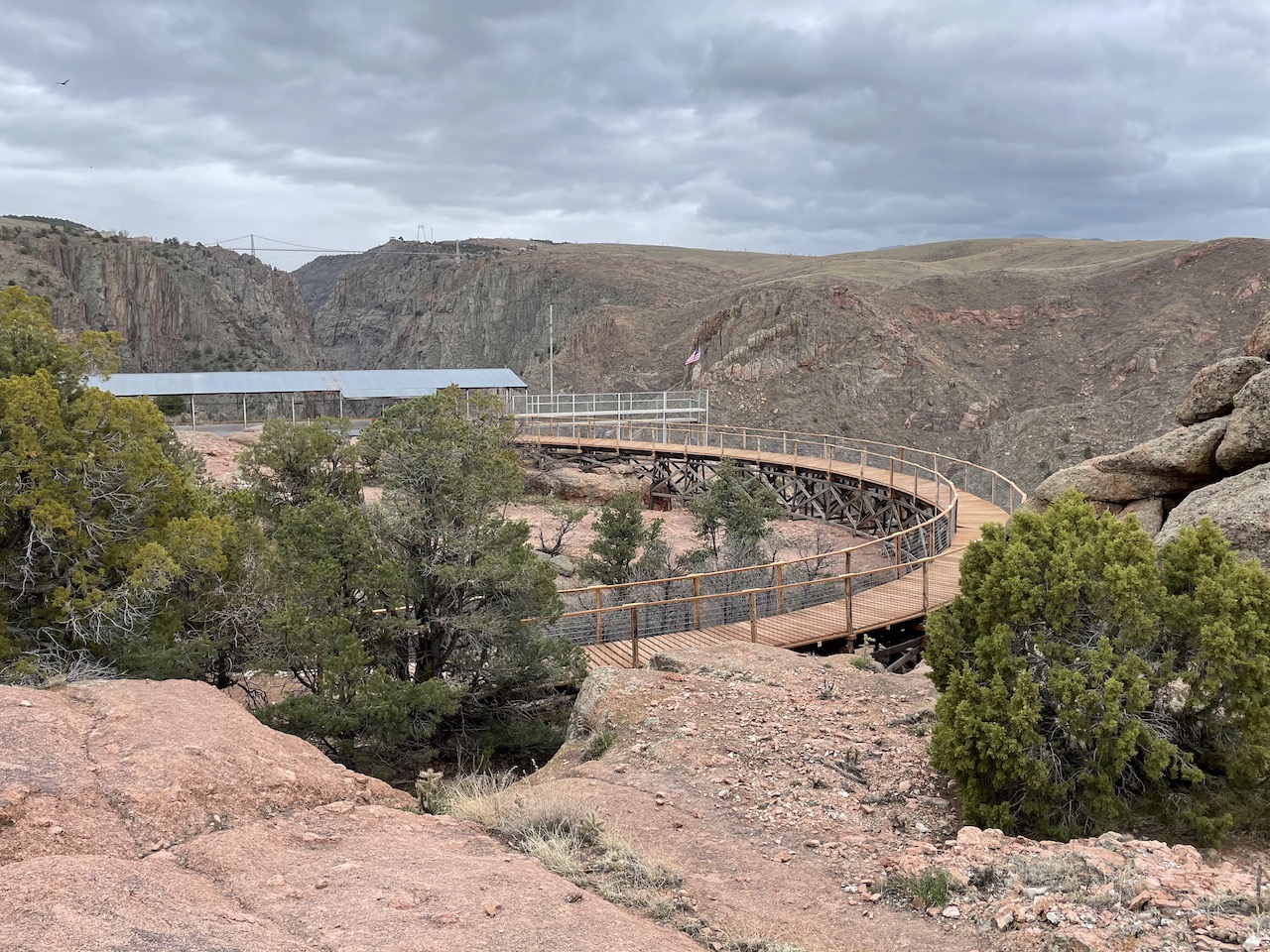 Cañon City is home to an abundance of hiking and biking trails, one of which is the area’s newest addition – the Point Alta Vista Trail. As a former railroad trestle in an area that often served as a backdrop for Hollywood silent films depicting the Old West, the route guides both hikers and bikers through some of the area’s most scenic landscapes with views of the gorge and Royal Gorge Bridge and Park. 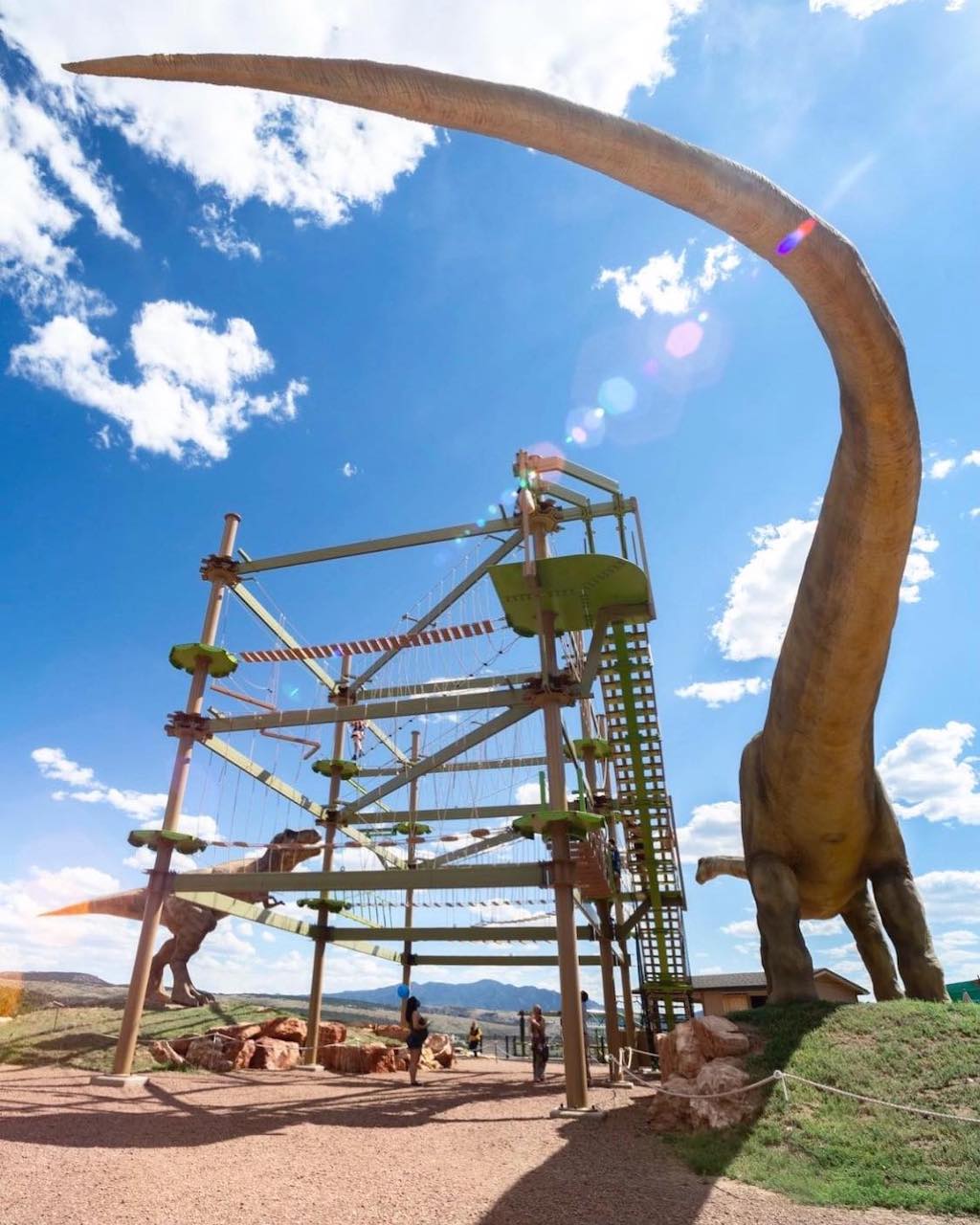 Did you know our nation’s love of dinosaurs started in Cañon City? Sure, you’ve heard of Colorado’s gold rush, but have you heard about the Great Dinosaur Rush, or rather what they call Bone Wars? There was a period of competitive fossil hunting between two paleontologists, Edward Drink Cope and Othniel Charles Marsh, who were engaged in an evil battle to collect dinosaur bones. Despite the conflict, 136 new species of dinosaurs were discovered in the Garden Park Fossil Area in Cañon City. Visit the Royal Gorge Dinosaur Experience, Garden Park and The Royal Gorge Regional Museum & History Center to get the full experience. 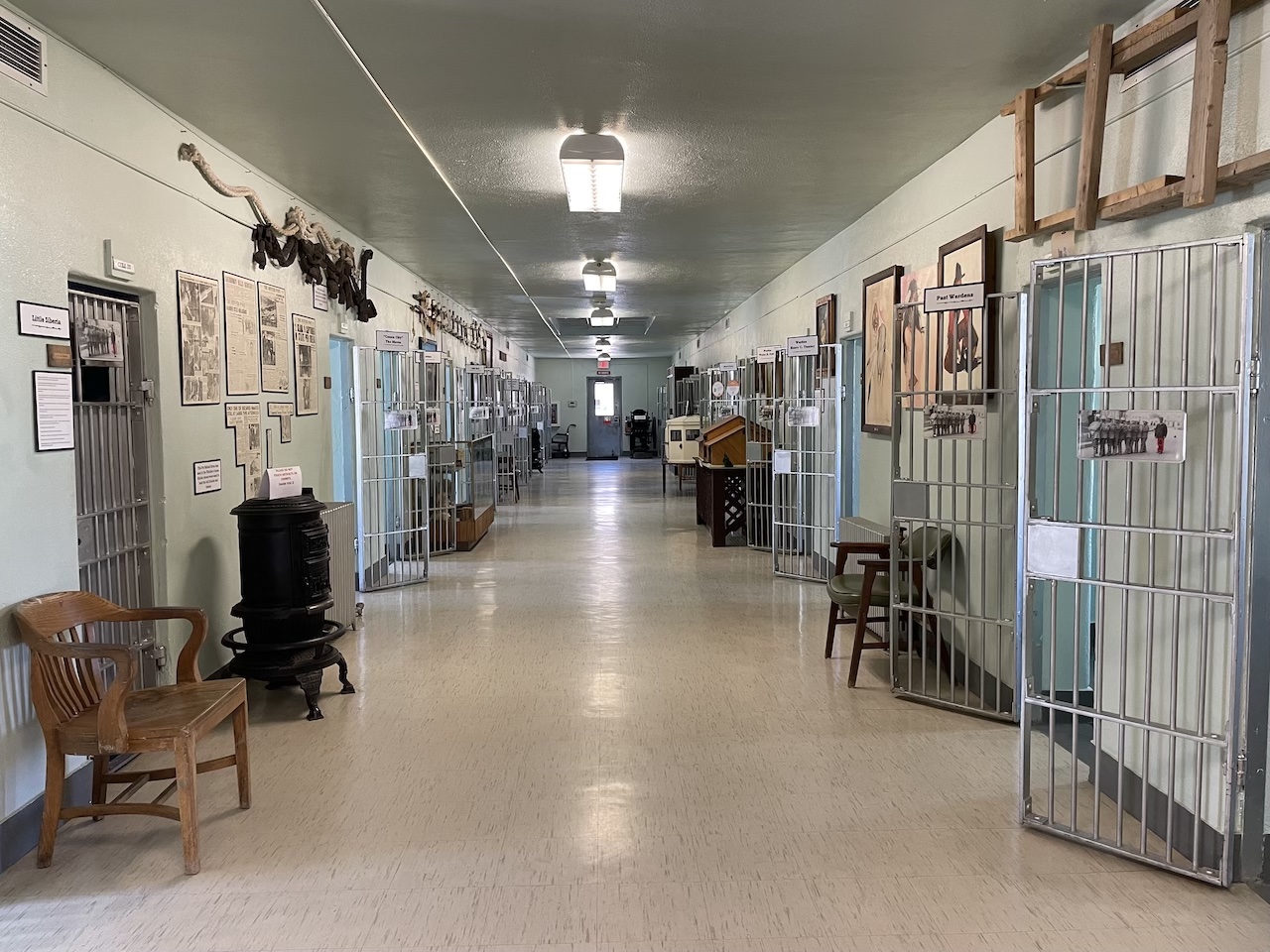 Inside the Museum of Colorado Prisons. Photo by Jessica Hughes.

Most Coloradans, when asked if they know anything about Cañon City, automatically think of prisons. In fact, Fremont County operates 15 prisons, with one being the only Federal Supermax prison in the country (located in Florence). Cañon City itself houses seven of those prisons, coining the term “Alcatraz of the Rockies.” To learn more about the prison system in Colorado and Fremont County, visit the Museum of Colorado Prisons, which is housed in a former state women’s prison.

Continue the celebration with a variety of events throughout the year:

For more information about how you can celebrate, visit CanonCity150.com.