Friday night, NGHTMRE left fans feeling awakened after a cross-genre set, giving a taste of a new era with the show “Into the DRMVRSE.” While fans were eager for a sunny Red Rocks show, Colorado weather had other plans exhibiting gusty winds and blowing in temperatures in the high 30s. Still, fans bundled up and headbanged to every beat drop while NGHTMRE debuted a set full of diverse musical tastes — from dubstep to electro house — in his first headline performance at Red Rocks.

To kick off the night, record producer Nitepunk spun an hour set of eclectic music. Fans were greeted to heavy beat drops and bass-driven grooves as the sun shone down on the anxious crowd. Without missing a beat, Knock2 played an energetic set allowing fans to settle into the legendary venue through hard-hitting beats and remixed hits from the 2010s to sing along to. The California-based DJ warmed up the crowd by jumping up and down behind the turntables, encouraging the crowd to do the same. Fans jumped, sang and settled into a night full of diverse electronic music. 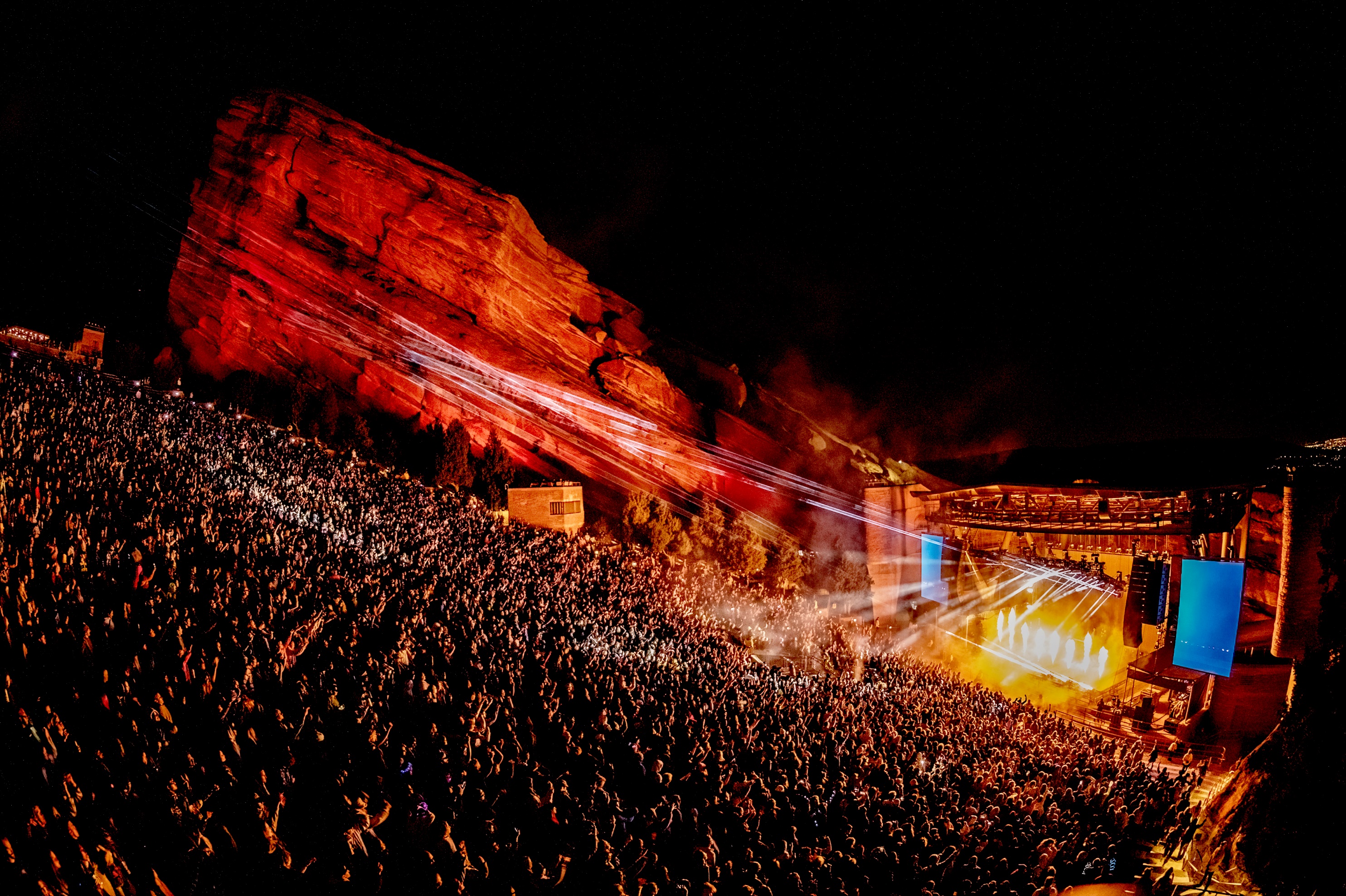 Transitioning away from the eclectic electronic music, Dimension shifted into a set full of dynamic drum and bass. From the jump, he made his presence known with a purposeful drive of hard-hitting basslines and quick breakbeats. Halfway through the set, Dimension felt the magnetic energy of the crowd, lit a cigarette, rustled his hands through his hair and went back to his fast-paced set of synths and drums. The effortlessly cool DJ proudly waved the flag of drum and bass at Red Rocks for fans to enjoy. They appeared taken aback yet intrigued at the transition of electronic music. Still amused, fans leaned into the rhythmic possibilities of where drum and bass could take them. Dimension pulled the curious crowd into his world and exclaimed, “I wanna see you dance with me!” From here, fans old and new cheered into the dark sky, giving in to the explosive set.

From one explosive set to the other, Kill The Noise appeared on stage for an intense opening of hard-hitting dubstep with the words “BANG YOUR HEAD” plastered on the jumbo screens. So that’s exactly what the crowd did. They banged their heads to a slew of songs that blended elements of rock, dubstep and electronic music. Even with the stark contrast of sets, fans adapted quickly to whatever Kill The Noise blasted through the speakers. Although the opening was intense, he smoothly transitioned into softer sounds midway through when he asked the crowd for a vibe check. The amphitheatre erupted with cheers, demanding more. Continuing on, the softness of the music wouldn’t last when the end of the set took the crowd right back to where they started with a blend of electronic music and hard rock — the DJ’s bread and butter. Fans held open arms, feeling every wobble from the synths and headbanging to every beat drop to close the performance. 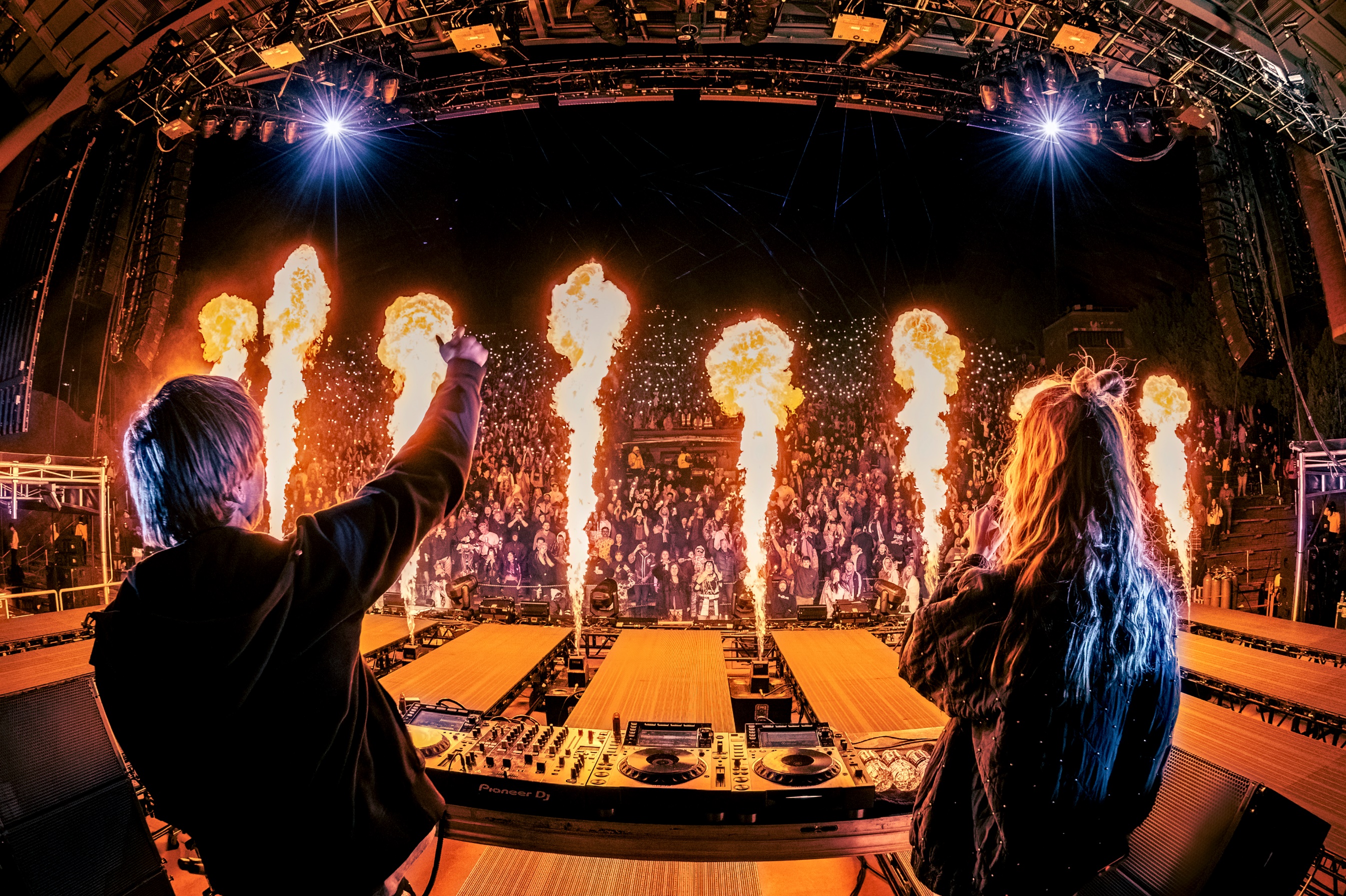 To continue the party, NGHTMRE gave fans a fifteen-minute intermission to catch their breaths, grab a drink and prepare themselves for the DRMVRSE. Once the eager crowd settled, sub-bass shook Red Rocks as a scientist greeted fans on-screen describing the events to come and blurring the lines between the real and the fake. The music began and fans screamed, danced and threw glow sticks in the air as a form of celebration for the beloved DJ. Laser beams colored the sky accompanied by a blazing fire show during the dramatic opening. The DJ expressed to the crowd that this would be a brand new set they would be experiencing and ended with a grateful remark, “There’s no way to possibly describe how happy I am to be here tonight!”

A quarter of the way through the set, a surprise guest took to the turntables. Singer Rosie Darling shocked fans with a guest performance of their song “Euphoria,” released earlier this year. The tender moment was a nice change of pace from the high-energy opening. Rosie’s vocals soared throughout the amphitheatre as the crowd joyously swayed back and forth with their phone lights up in the air. NGHTMRE continued with the emotive songs, giving Red Rocks no reason to be afraid of the hard exterior of his name. The tender slew of songs reassured everyone that there was nothing to fear, encouraging them to lean into what the DRMVRSE had to offer. 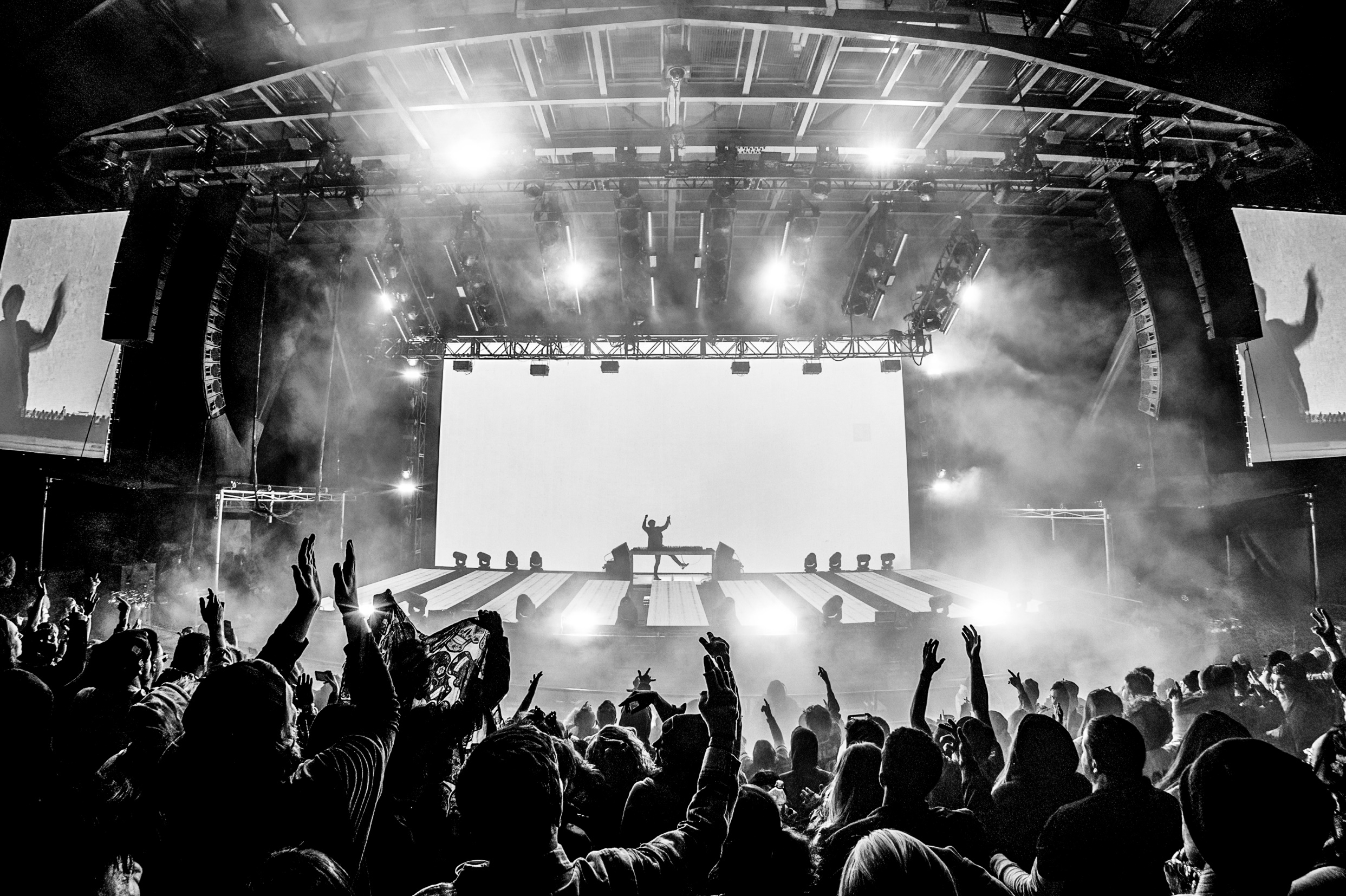 The guest performances continued as he brought back the opening act, Knock2, to bring the crowd back to its feet. The duo divided up DJ duties, providing a slew of tracks for fans to dance to. The classic house music sound only furthered the eclectic night of music, giving everyone a reason to enjoy the set. After a quick one-two punch, the night dove deeper into the DRMVRSE with the phrase, “You are dreaming,” being projected on the screen as NGHTMRE continued his first-ever headline show at Red Rocks.

To finish out the night, the fan favorites “FEELING GUD” and “GUD VIBRATIONS” were played to end the night on a high note. However, just when things began to close, NGHTMRE ended the show with a burst of energy, injecting the crowd with drums and bass — fueling the fiery energy. From dubstep to classic house to drums and bass, in the DRMVRSE, anything is possible.