Like many creatives, Rebecca Gholson can find inspiration in even the strangest of places. Back on International Women’s Day 2021, she happened to find it in the Queen Elizabeth mask she proudly displays on her work desk.

“I have it on my desk because it makes me laugh,” Gholson explained. “One day I was sitting there, trying to come up with a name. I looked over at it and thought, ‘Denver is the Queen City of the west.’” 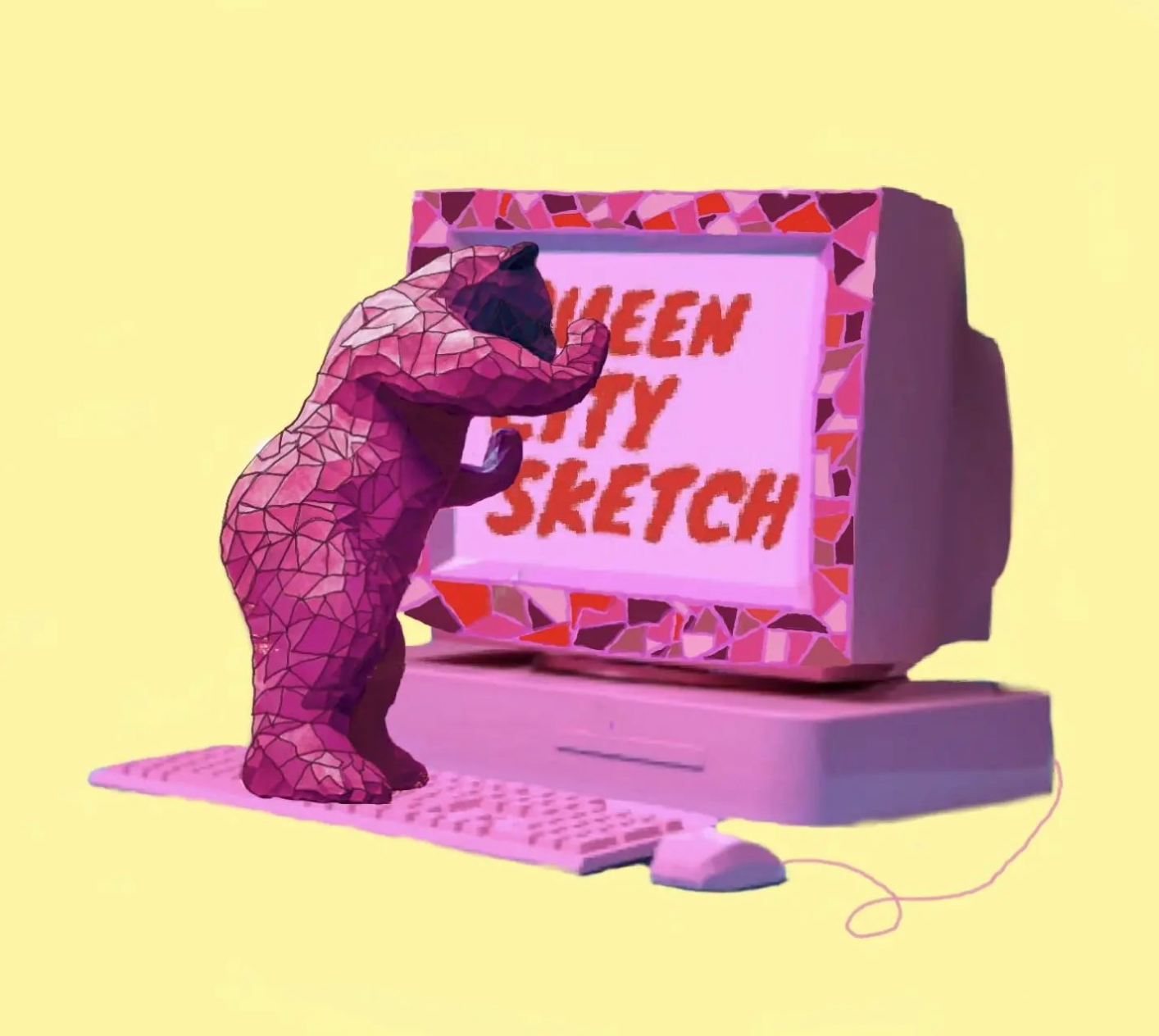 “We were all joking about something said in class in a private chat and realized we had the same sense of humor,” Gholson said.

After three months of virtual hangs-outs, the trio finally met in person to officially form Queen City Sketch, a concept that, for Gholson, was years in the making. Having worked as an actor in Denver for 10 years, Gholson was inspired to pursue comedy after falling down a Judd Apatow rabbit hole.

Gholson decided to try her hand at comedy writing, starting with a comical adaption of Shakespeare’s Much Ado About Nothing. From there, she collaborated with future business partner Scott on creating sketches for their studio. However, their team wouldn’t be complete until the addition of Millerson, a trained actor who was also just jumping into the comedy scene.

“I was a total theater kid growing up. I did musical theater in college, then children’s theater right out of college,” Millerson said. “I started taking improv classes at RISE…I kept falling in love with comedy even just doing improv classes online. Sketch is all stories, it’s all about telling a well-done story, which we do in theater. It translates to comedy pretty nicely.” 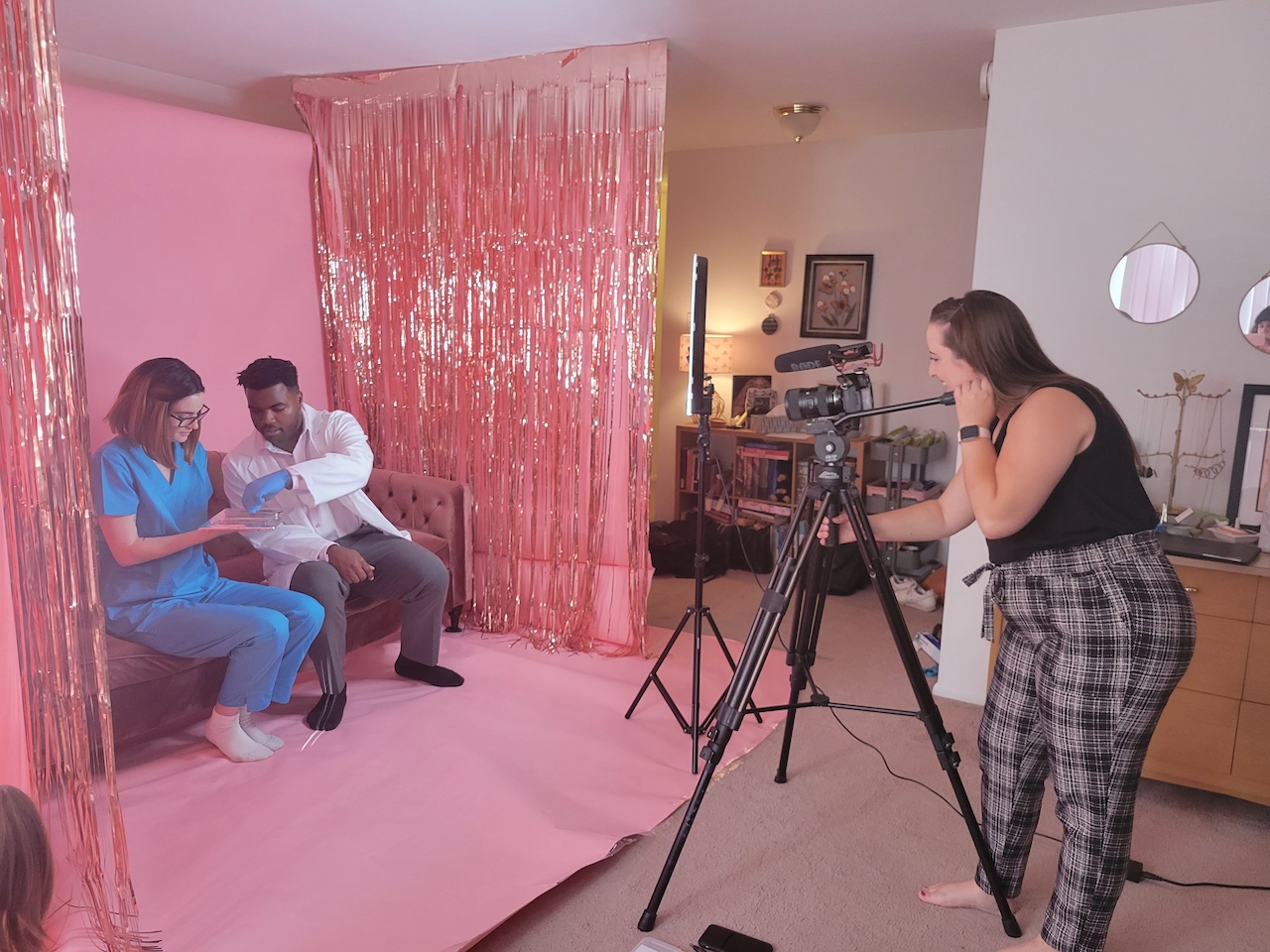 The trio began meeting every Sunday, pitching and collaborating on ideas for sketches inspired by their everyday lives.

This idea would go on to become episode one of their first season — At Home Learning. Having premiered on YouTube on March 8, the release celebrated both International Women’s Day and the one-year anniversary of Queen City Sketch. With the addition of producer Kim Greenwell and audio engineer Breanna Ahlgren, Queen City has created a female-focused comedy powerhouse in a male-dominated industry.

“We want to highlight femme and non-binary folks, but we take all pitches. I do really think that comedy needs voices that are not just specifically male,” Gholson said. 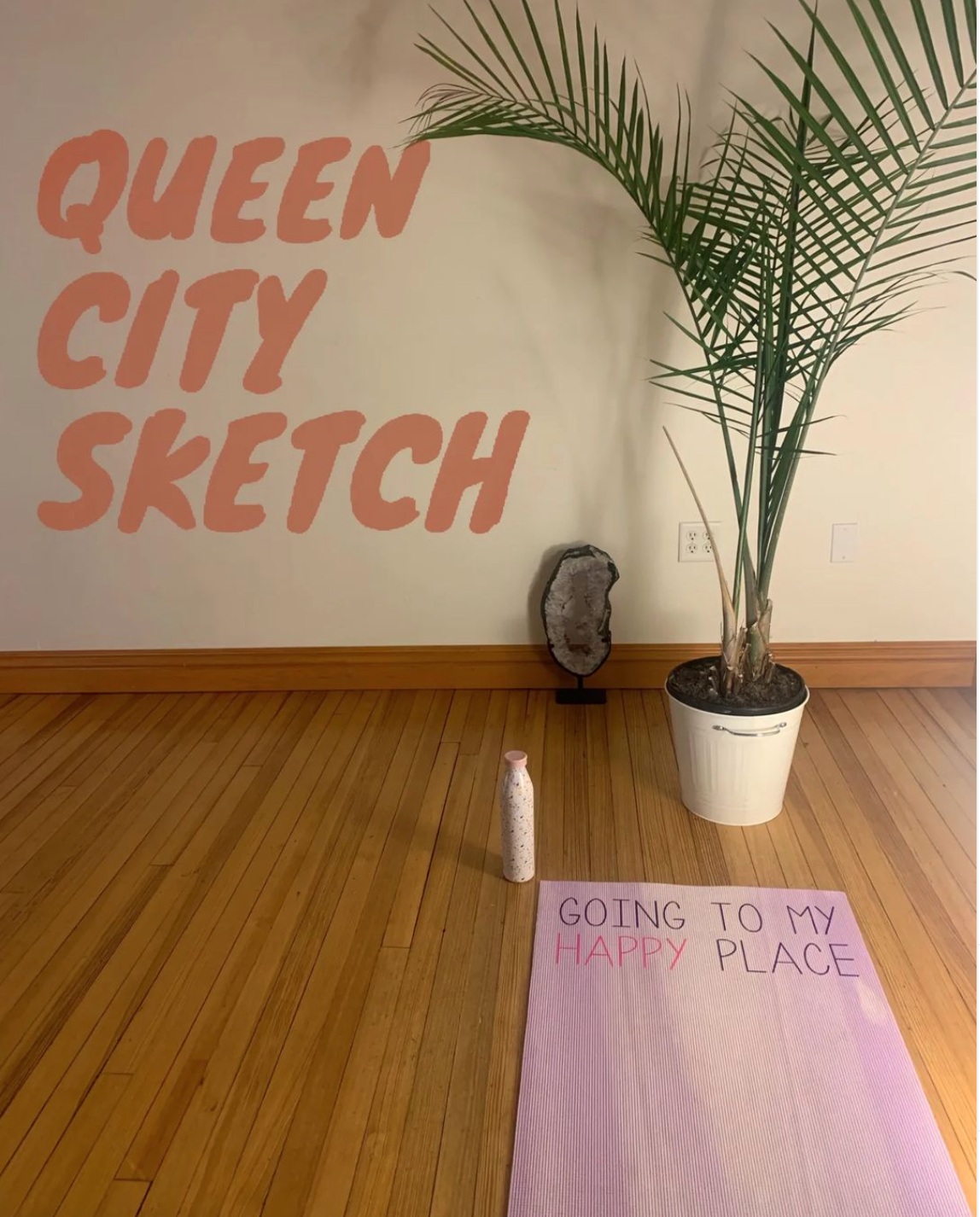 With four episodes released, and more on the way, Queen City Sketch brings to light the humor found in every single day – from 4 a.m. yoga to your appointment with your hot dentist twice a year. They also release bonus content through their Patreon, a way for fans to support the local group.

But on top of their hilarious collaborations, most notable is each member’s effort to uplift the others. Gholson and Millerson made sure to note every person on the Queen City Sketch team, recognizing the group collaboration that makes things happen, and ultimately, motivating each other to succeed.

“I do really believe in what we are doing,” Gholson said. “If we can get a couple of seasons out there, I would love to end up on a streaming service. But my ultimate goal with this project is that I just want my friends to be employed in the industry they love. Whether that’s with Queen City sketch, or with someone else, I don’t care. I just want them to be happy and in their industry. We all have day jobs in something else, but we want to work on the industry that drives us.”

Seldom found in the entertainment industry, Queen City Sketch is a group of women uplifting women, and having a ton of laughs along the way.

Queen City Sketch is a Denver-based sketch comedy group. The first season of their show was released on Youtube March 8, with more episodes to come. For more information, visit their website or follow them on Instagram.