Meow Wolf as a venue is an adventure in itself. It doesn’t take much to get lost in the artificial world created by the artists, but when you throw in the right musicians, a whole other layer is added to the experience. The setting can be overwhelming if you’re not in the right headspace (which isn’t unheard of for the venue). That’s why the right music is key in grounding the viewer. Tuesday night’s performance by Kate Stephenson, Renata Zeiguer and headliners Summer Salt did just that for the audience during their visit to the trippy grounds.

Kate Stephenson opened the night with nothing but her voice, an acoustic guitar and humbling sincerity. She stood alone on the stage, meekly in gesture but confident in conversation with the crowd as she played her songs. She made those who were unaware of her want to find out more. Her attitude shined brightly in the contrasting darkness that enveloped where the audience stood and listened. Often dark places lead to dark places, but Stephenson’s laughter and lyrics allowed the crowd to smile and appreciate the strangers around them. She finished her set with her new song, “Social Drought” — a term widely despised given the last two years, but familiar and relatable. Two words that would best sum up Stephenson’s music and impression on the attendees.

Renata Zeiguer, like Stephenson, entered the stage alone and unafraid. The singer opened her set with the song “Bug” — a rather misleading upbeat tune that touches on introspection, solitude and conscientious exclusion. The New York-based performer is promoting her upcoming album, Picnic in The Dark — a title all too perfect for Meow Wolf’s setting, noted the artist. The dark forest cast on the walls of the venue served as a visual portal for those listening to the mystical tones and elements projected by Zeiguer.

The album, “…is a culmination of a lifetime of reckoning with her past and her unwavering resolution to transcend inherited patterns and cycles that have held her back.” The description from her Spotify page would explain the fairytale-like impression of the album as a possible escape and detached perspective from familial and generational trauma into a realm more safe, comforting and accessible to the experiences of the past. Often, the hardest part of moving forward is leaving behind the familiarity of old ways, but Zeiguer was clear in her released tracks alongside her performance that her comfort zone was no longer comforting as she braved her travels without her usual touring band. That said, she never looked out of place or uncertain on stage — even while certain attendees refused to respect the intimacy of the performance with their house party-style conversations. Whatever her journey requires, she’ll be ready for it. 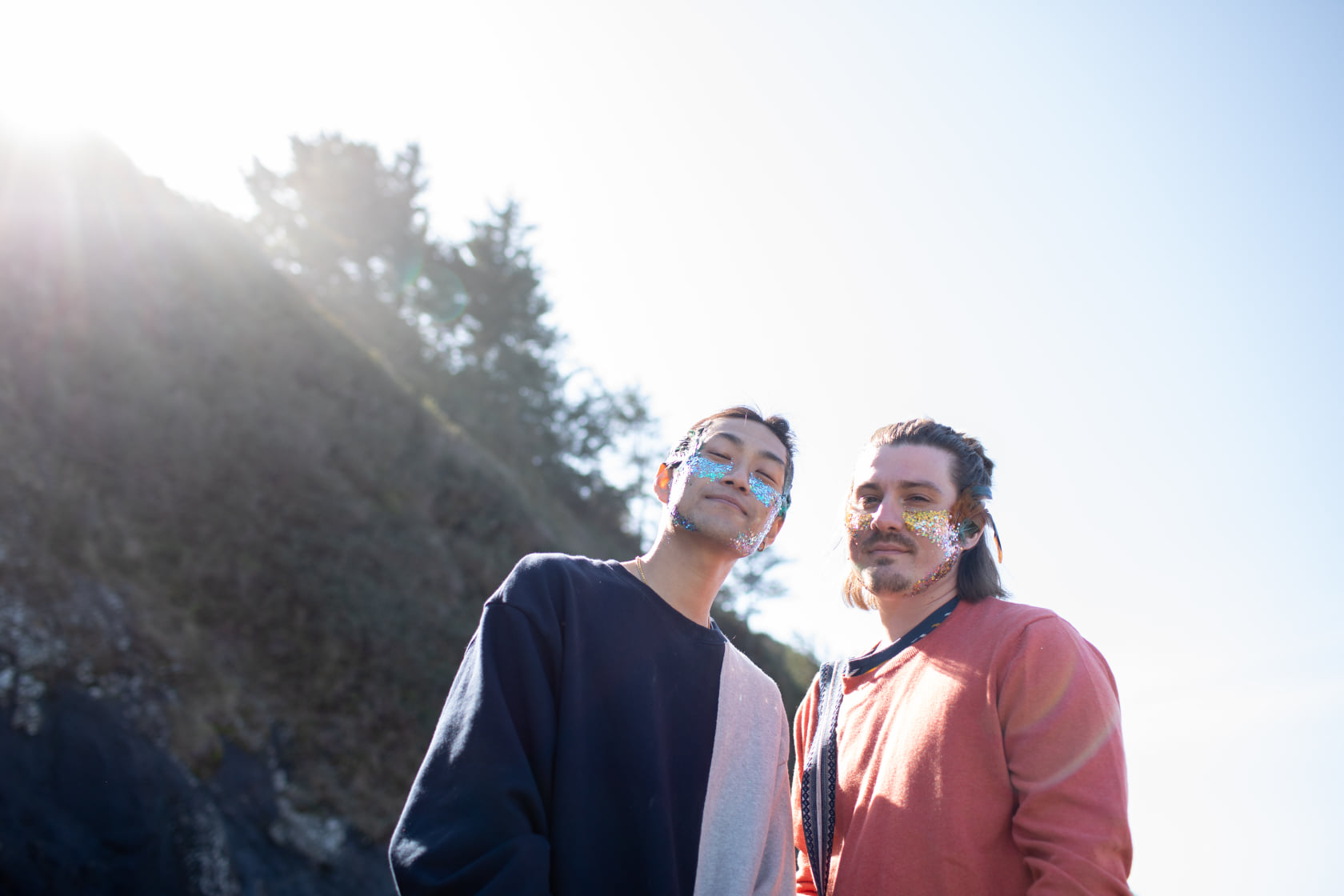 With the tone set and the crowd chilled out to the max, Summer Salt’s entry and their Denver show on the “Soft Serve Tour” were as comforting as a warm breeze on the beach. They entered and made clear to respect the music and their performance — a possible nod to the overheard chatter from the previous act. Maybe it was the venue size or the indie-alternative vibe of the band, but Summer Salt’s performance felt all too familiar. Anyone close to a musician who has sat in on band practice would know the feeling. It was as if the entire audience was doing just that: watching their good friends jam out together in a garage turned into a makeshift band room — in the best way possible. It resembled the moment when all the members fall on the same wavelength and produce something unsuspecting and special.

The band and performance itself were stationary, but that’s where the venue fills the void. What they lacked in physicality and kinetic energy was made up for in the psychedelic canvas and synchronized effects surrounding them. “Time Away From Home,” from their first full-length album, Driving to Hawaii, felt all but absent in the head and the heart of the audience at the beginning of the performance. The comradery of the band members only added to the intimacy experienced by the crowd. Each member introduced the other and when it was time for their guitarist, known as Tom-Tom’s time to sing, the other members reassured him and encouraged the crowd to do the same.

Their personalities were tender and kind to one another, a trait that illuminated their musical components. They were choir-like in sound and saintly in their crowd sentiment. Knowing full-well their most popular hit, “Candy Wrappers,” would be applauded and suggested, instead of taking the usual route to save it for their encore or last song, they opted to play it well before and rewarded the crowd with several encore songs. Anyone who was lucky enough to catch the band at such a small and intimate venue won’t be forgetting the entirety of the experience soon. If we’re lucky, they’ll be back again and maybe against the majority preference, back at Meow Wolf, because the band is made for personal spaces.