As a city, Denver loves its pizza. Its constant collection of new transplants provides a very well-rounded pizza selection, offering virtually every style available from New York and New Haven to deep dish and Detroit. But word on the street as of late is that two folks from California are bringing artisan, sourdough pizza to our taste buds — and to say local foodies are excited is an understatement.

One look at Mischief Pizza’s Instagram or Facebook will have you in awe at the simple beauty and clear care taken to create such impressive pies — meticulosity coming from a very passionate Chef Gage Padilla, who honed his craft back in SoCal under the wing of Jason Winters. “I started working in the food industry about four years ago with an Italian and pizza catering company, initially working in operations but eventually switching to the kitchen,” Padilla said. “I often took care of my brothers and was always cooking. My great-grandma always instilled in me, ‘No one’s going to cook for you your entire life, so you have to learn.’ Now in the kitchen, I feel at home and creative.”

Padilla credits the majority of what he’s learned about being a chef and working in a kitchen to his mentor, Winters, who’s a seasoned veteran behind the counter. Everything from conquering different dishes to plating is a lesson Padilla still implements in his work today, making nearly everything in his kitchen entirely from scratch. And the main attraction setting Mischief Pizza apart from others? A thoughtful combination of using sourdough as a base and creating true, artisanal beauty out of a limited number of ingredients. “I love taking things apart and reconstructing them; and the process of everything becoming beautiful — watching my dough every hour on the hour, proofing — I get excited every time.” 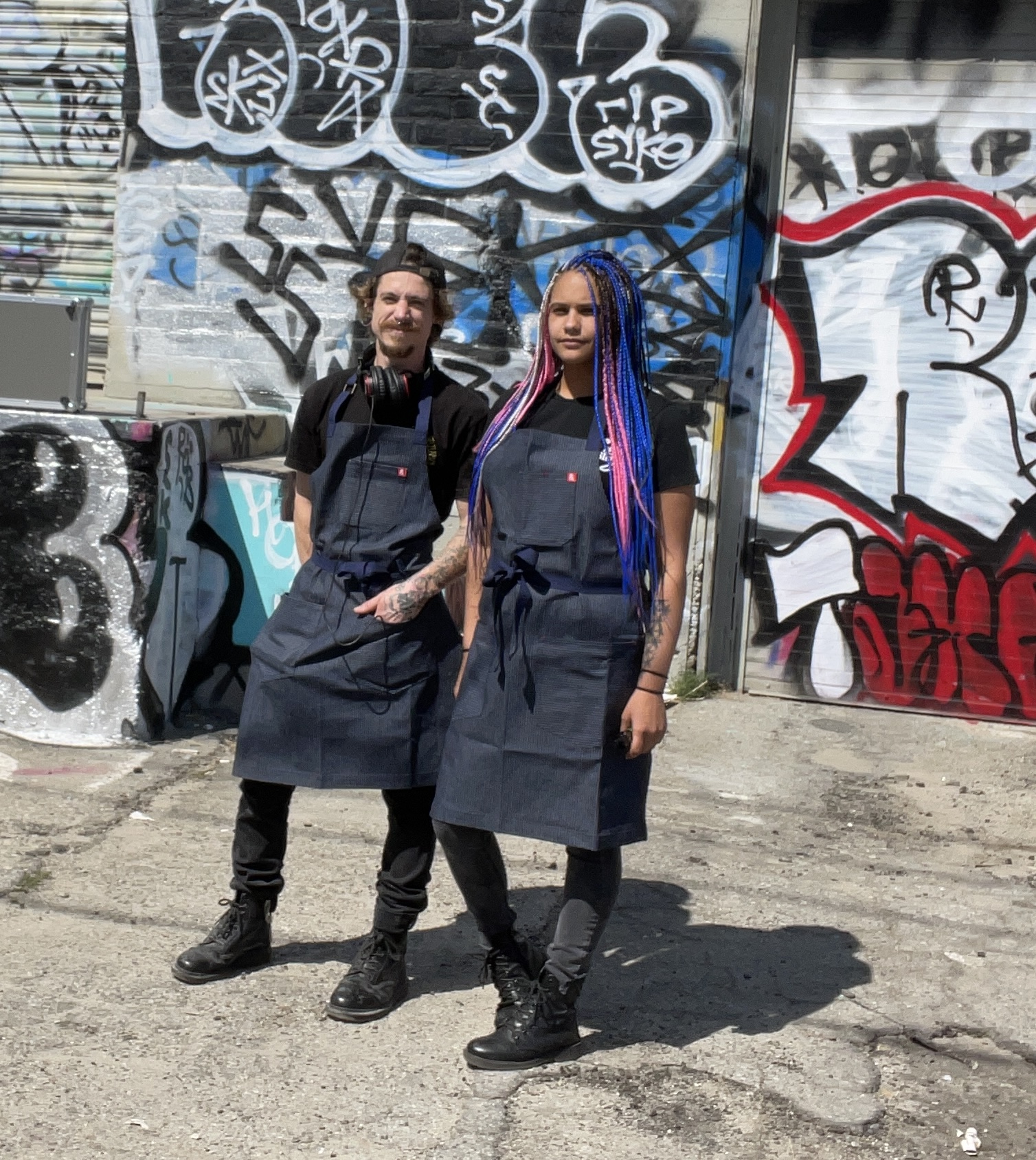 Padilla’s partner both in life and pizza-making is Katie Rose, who helms the marketing and operations of Mischief, posting drool-worthy photos of new creations and updates on brewery pop-up events in local groups (like the popular Denver Foodies, where we first caught wind of them). “I do more of the customer service, marketing, sales. I’m not in the kitchen,” she said. “I help, but I’m not as great at it as Gage.”

In addition to making the pizza dream come alive, the two have full-time jobs, five kids and three dogs — meaning moments without action are few and far between. But the dedication to making Mischief Pizza happen and hopefully becoming its own brick-and-mortar spot keeps Padilla and Rose hard at work crafting, innovating and spreading the word whenever time allows. “We wanted to show our kids that anything you want to do, you can do it,” Rose said. “We both work full time, then we do this as much as we can.” Padilla agrees, noting that he’s always wanted to own his own business, and has spent countless hours prepping and making dough — sometimes until three in the morning — to make it happen. 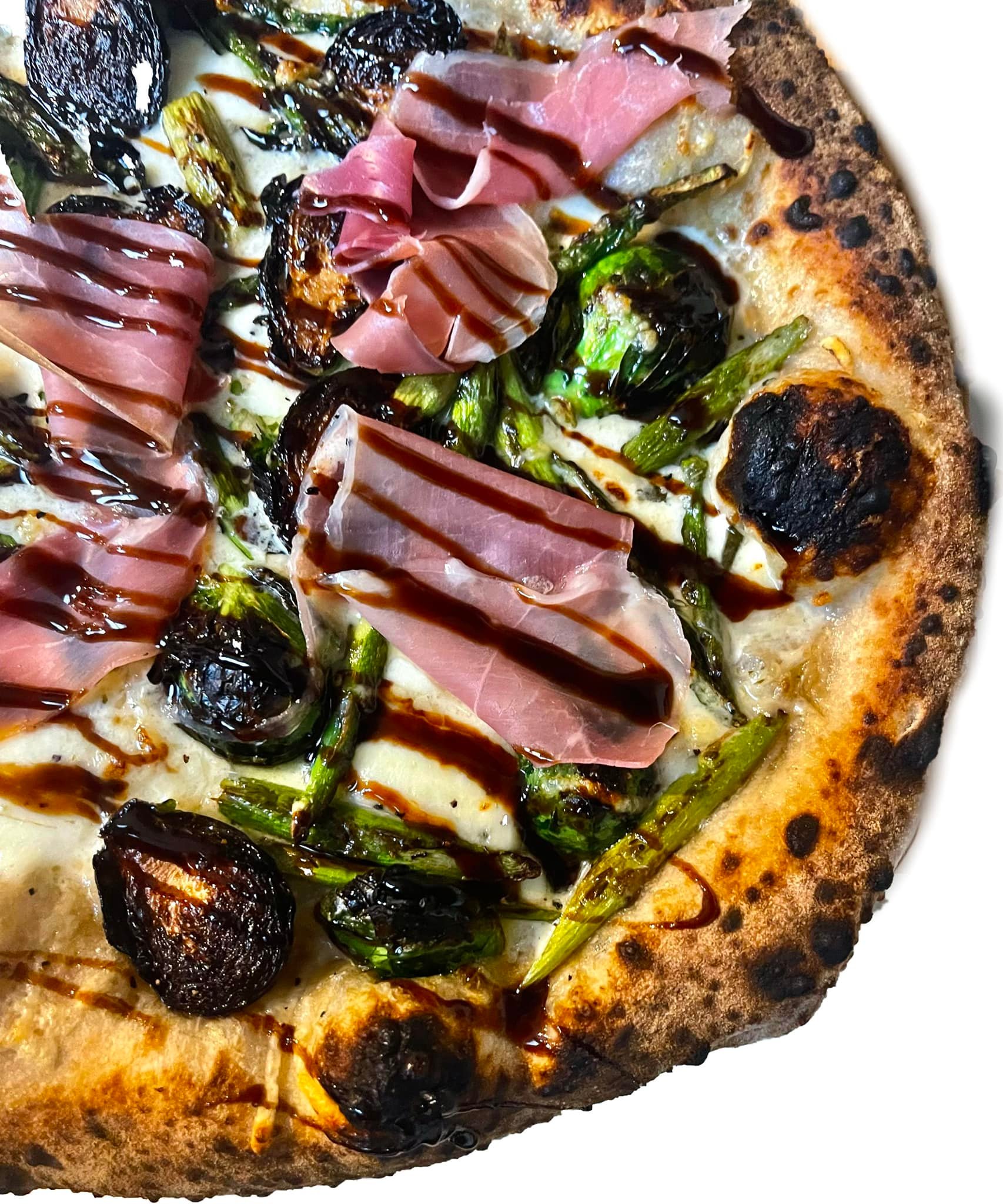 Moreover, moving to Denver posed challenges of its own, aside from being in a brand-new location. “It was a real test because back in L.A., I didn’t have to worry about the altitude and lack of humidity,” Padilla said. “It took me a while to figure out.” He goes on to explain why he chose to exclusively make sourdough pizzas, other than the fact that nearly everyone’s initial reaction is total excitement over the concept (and a little bit of salivating). “Sourdough is a little more complicated than other dough; you’re actually working with a living organism,” he said. “The fermentation process is interesting, and I’m still learning a lot. I have five different grain flours that I put into dough, and I put more love into it than anyone else would.”

Excitement about what lies ahead spans the couple’s next few hours through the next several years. From coming up with their own unique, Denver-specific pie to working towards the goal of an eventual brick-and-mortar, it’s one delicious day at a time. “Currently, it’s Sundays and Mondays for pop-ups and things like that until we can make it full time,” Rose said. “We love the idea of collaborating with other restaurants and businesses and hope to do more of that. We’re also in a place where we’re ready to start catering, especially as it gets warmer and people are starting to have more parties. Then we’re looking at maybe starting up with a ghost kitchen.” Padilla hopes to keep pie flavors seasonal while still remaining as creative as possible, offering classics like Margherita alongside other flavors not often seen by other pizza makers. “I want to be unconventional and catch people’s eyes,” he said. 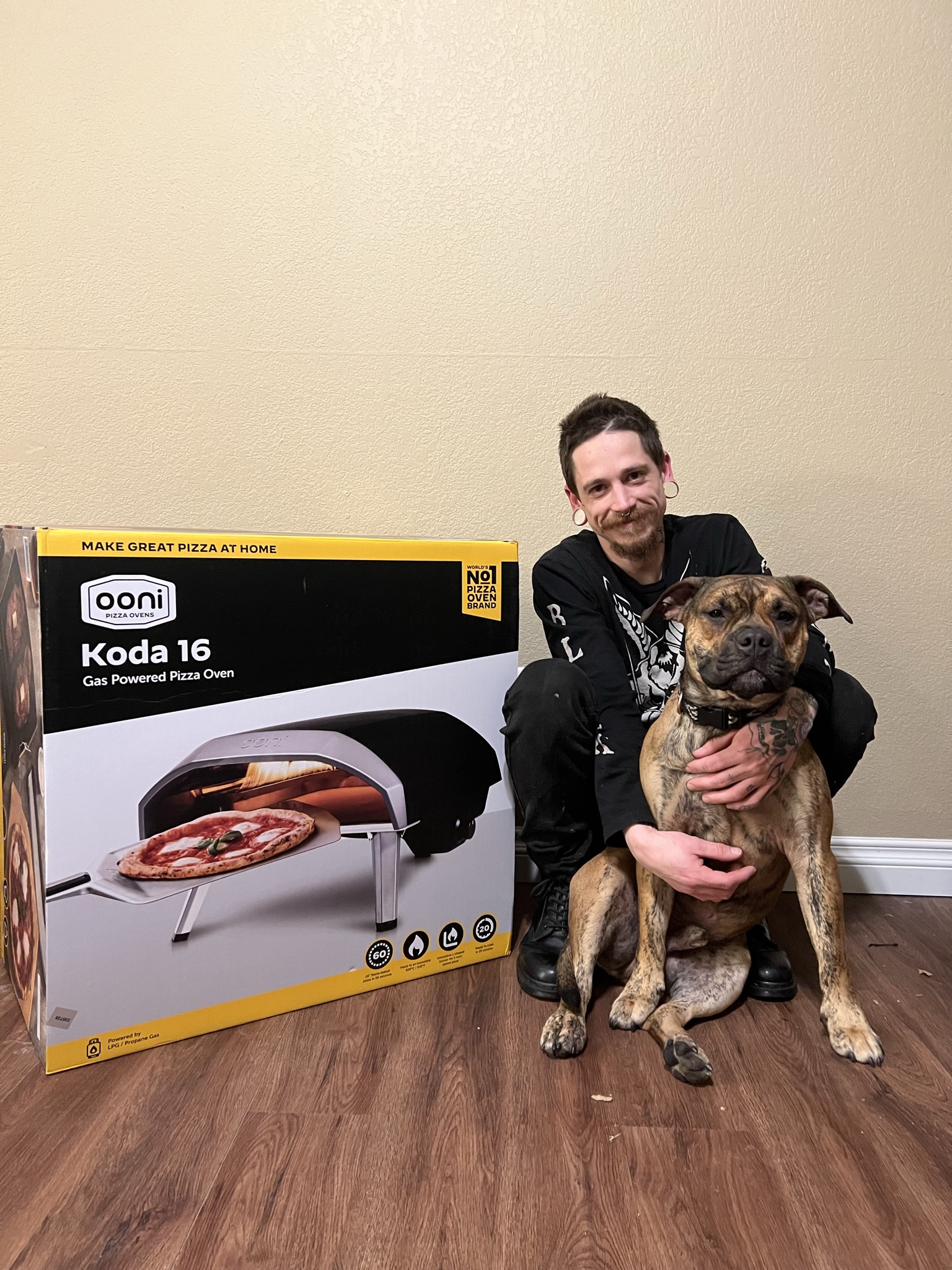 Oh, and if you thought two dog owners would leave pups out of the equation, especially in Denver, think again. Mischief offers small, easily digestible dog pizza for four-legged friends to enjoy as much as their owners enjoy theirs. “It’s the same sourdough I feed everyone else but in little dog treats, and everything is all food-grade, healthy and beneficial for them — stuff to help their breath and their coats. At home, our dogs eat better than most people,” Padilla said. “We love our animals and wanted to include them — it’s perfectly fine for them to digest.”

Mischief Pizza is hosting its next pop-up at Renegade Brewing (925 W Ninth Ave, Denver) on April 10. Sign up for updates from the pizza makers here.

All photos courtesy of Mischief Pizza/Gage Padilla and Katie Rose.