When Jackson Maddox (vocals, guitar) first started creating music in 2015, it was just him, his friend William and a bag full of wondrous ideas.  It wasn’t until 2016 when Maddox met Matt Isonhood (former drummer, current guitar and backup vocals) in Oxford, Mississippi, did those ideas begin to fully develop. Magnolia Grove is a garden of psych, indie, shoegaze and dream-pop influence and a new, towering presence in a field of blossoming artists.

After the untimely passing of his friend William in 2017, Maddox pushed forward with their dreams and the recordings they’d shared together to continue where Magnolia Grove left off in 2016. With the help of family friends acquainted with William, they offered their recording studio free of charge for Maddox to use. From there came Magnolia Grove’s self-titled EP and introduction.

With little recognition, the release proved to be a successful psychedelic indie rock EP. However, despite the relative success of the EP and their infiltration into the growing genre, the band slowed their production to a near halt. But Maddox never stopped writing. Once he dropped out of school, music was the only thing on his mind. By this time, Maddox was speaking with Hunter Bates (bass). With a majority of the songs for their next album, Good Morning Milky Way, already finished, the group was ready to play live in their new city — Denver. 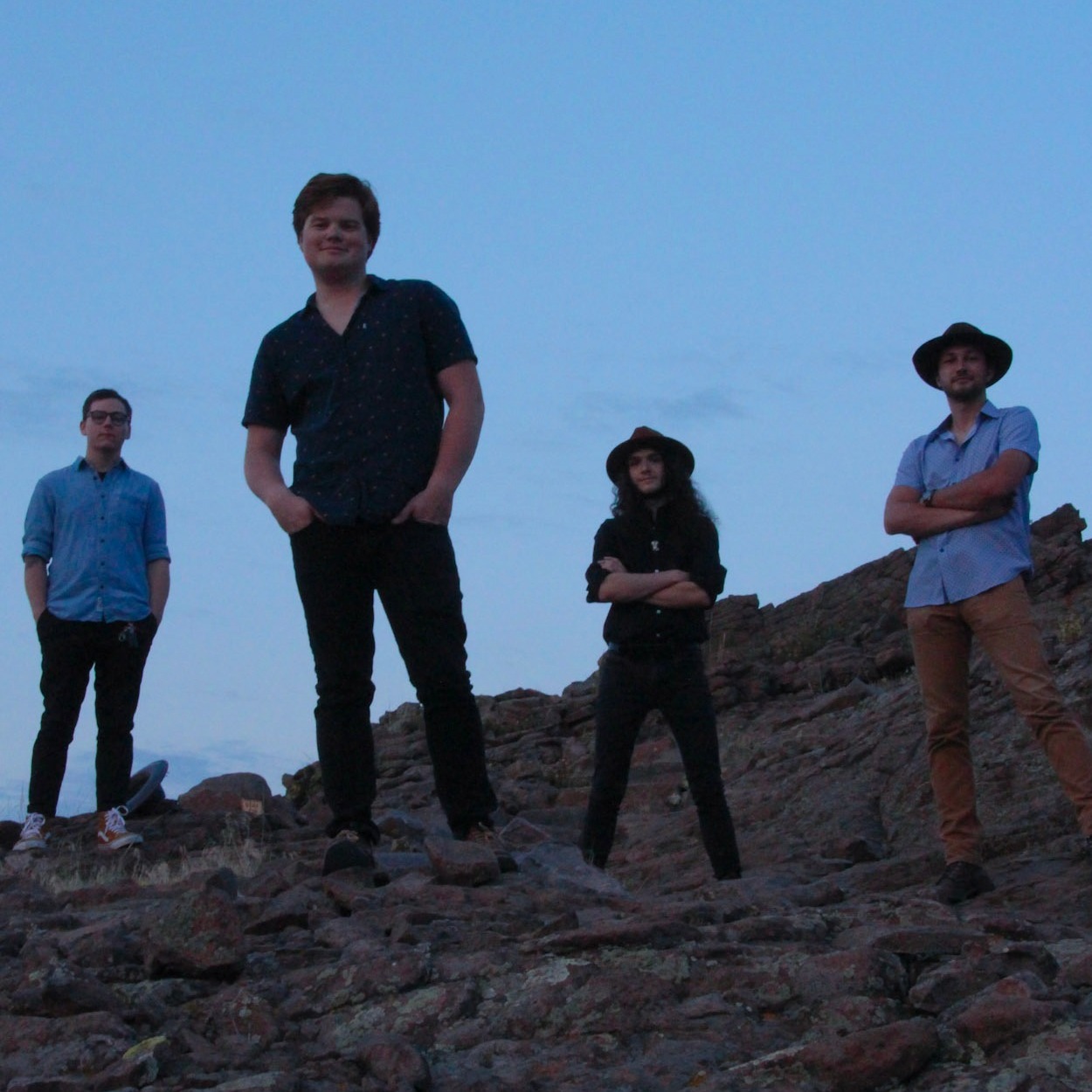 303 Magazine spoke with two members of Magnolia Grove ahead of their show and single release to better understand them and their goals for their future in the Denver music scene.

303 Magazine: What genre would you consider yourselves?

Hunter Bates: Definitely indie rock, but we have a lot of psychedelic rock influences. Those are the main two that we pull from. We all listen to different things, but that’s kind of like our middle ground.

Magnolia Grove’s members come from all different backgrounds, both geographically and stylistically. Maddox comes from Houston, Isonhood is from Liberty, Mississippi, Bates is from New Orleans and their drummer, Jason Kaplan, is from Denver. From jazz to shoegaze and country to metal, the members find a way to bring it all together and make something truly unique and refreshing to the Denver music scene. 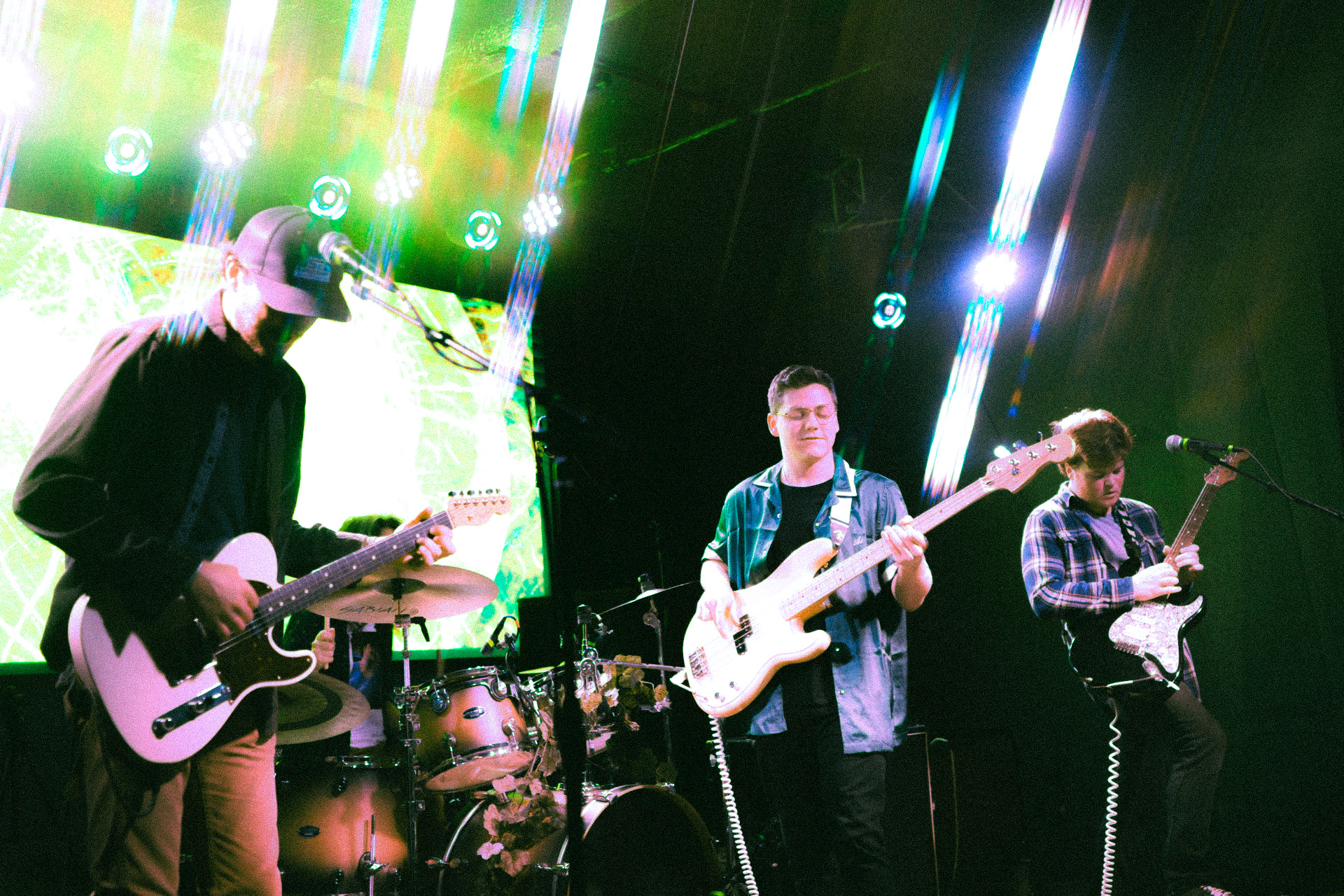 303: What do each of the members bring to your sound as a band?

Jackson Maddox: I have a very hard time focusing on writing one type of song or one vibe or even just a few different ones. Whenever I’m writing songs, it’s like I’m pulling from everything at once. We all have pretty varied music tastes. So for me, it’s totally scattered. I have a hard time pinpointing exactly what I would bring to it, other than just whatever’s on my mind at the time or whatever I’m most influenced by whenever I write a song.

HB: I come from a background of a lot of jazz, especially with bass. So I always think I don’t want to bore myself when I’m playing. My main goal is… I don’t want to just sit on the root notes. I always try to do something a little different, switch things up a lot. And then our drummer, Jason, comes from a metal drumming background.

JM: With the new stuff we’ve been working on, the drums that he’s been laying down have been crazy. Sometimes we’ll demo out a song and we’ll put the most rudimentary, basic drums on there just to have something. Then Jason will take that part and he’ll completely transform it. He mixes in all these ghost notes and these crazy fills that you would have never been able to imagine in your head. Having the metal background is certainly what influences that. The drums that he’s recorded for some of this new stuff are just insane.

JM: I’ve just been dragging Matt [guitar] along this whole ride. He’s a country guy. I met him through my cousin and he and I just kind of hit it off because we were both into music. We were friends and I asked him to play in Magnolia Grove, and he said yes. He’s been with me since and he’s just a talented guy because even though he doesn’t listen to much of the type of stuff that we’re making, he has a really good ear for harmony and for accents and things like that. He’s an audio engineer in his own right and records his own stuff. He can come in with an outside perspective and hear what I’m doing in this jumbled mess that I’ve concocted.

HB: He definitely brings a lot of blues guitar. 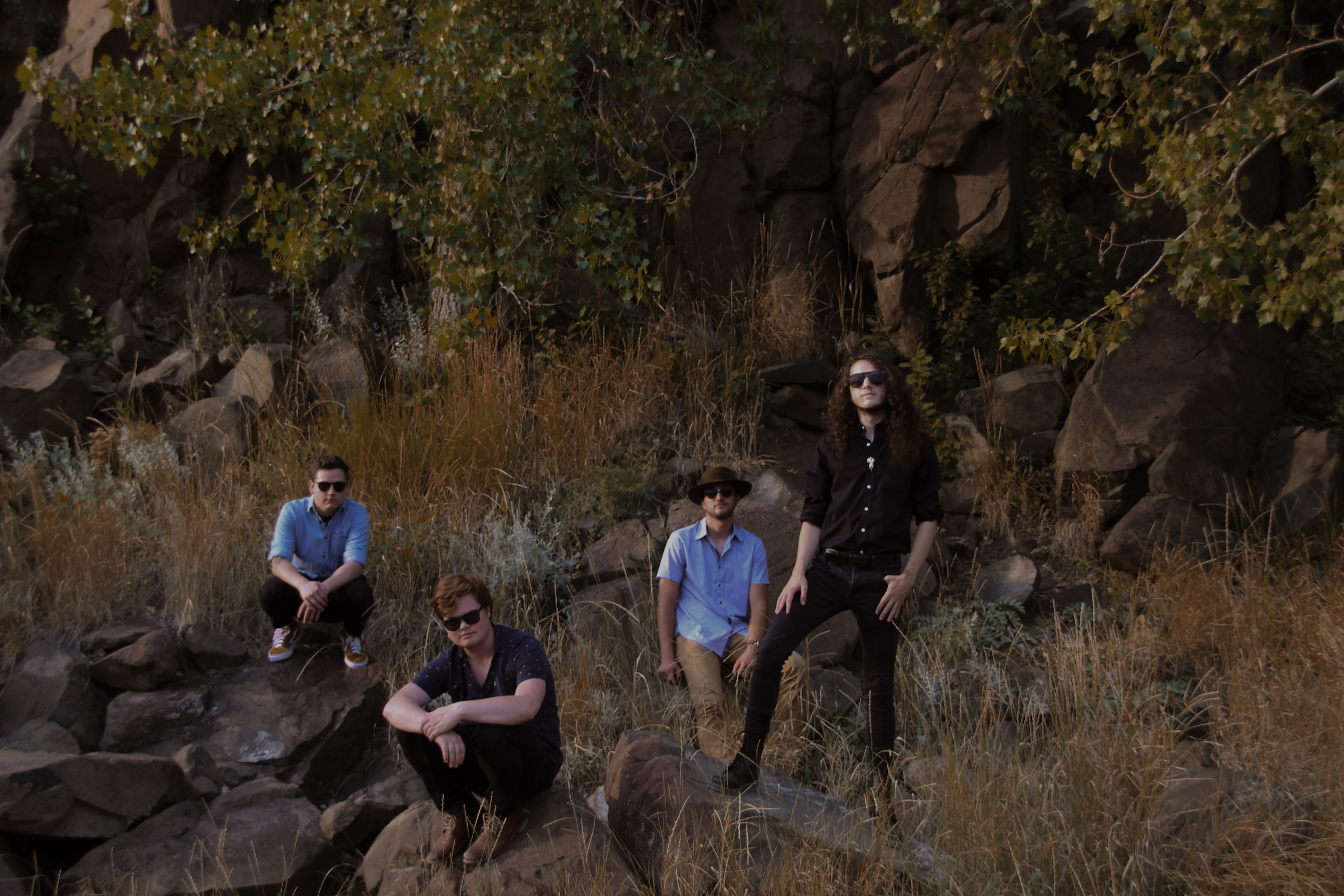 Their first full album, Good Morning Milky Way, carried much of the same undertones of psych-rock and ethereal sound that the original EP carried. Makes sense, considering the songs were written around the same time — a time when Maddox was feeling uncertain about his future.

JM: The first [full album], I wanted to make it more psych-rock vibes and then base that around anxiety, because I was at the point where I was sort of reaching this crossroads in school where I was pretty depressed and anxious about what my future was going to look. Like, if I was even going to be able to finish. I was wrestling with a lot of that stuff.

JM: When I was making Manic Pixie Dream Girl, a lot of the songs that were in that vibe that I had already written didn’t make it onto the [first] album but I had already decided this one’s going to be written more as a reflective album. I was back home after college and I had a lot of time to think because my family moved from where they lived when I left for college. I wasn’t around any friends and didn’t have much of a life outside of working at Guitar Center and holing up in my room making music. So I had a lot of time to reflect — reflecting on relationships. So it definitely had more of a melancholy vibe to it, and it was a lot more reflective.

303: What are some influential bands or artists you share with one another?

HB: I know Jackson and I share a love for the Smashing Pumpkins, Queens of the Stone Age, The Black Keys, Tame Impala, Cage the Elephant. We have a lot more similarities than everybody else.

303: What intentional changes were made between your first and second albums?

JM: As far as intentional changes go, I wanted to play with some more ethereal sounds. I think the first album, I was trying to just make a psych-rock record and I really wanted to have some riffs in there, and I wanted some ethereal stuff. For Manic Pixie Dream Girl, I wanted to do some more Wall of Sound kind of vibes — really airy vocals. I had a specific way that I was recording the vocals that gave it the sound that’s on that album. It was always something I’d wanted to do. And every time I wrote a sad song, I was really self-conscious about it. It just felt cheesy at the end of the day. So it took me a long time to get enough sad songs that I was okay with together to make a sad record.

Since the release of their last full album, Manic Pixie Dream Girl, in 2020, the band slowed down once more, but this time with a pandemic to blame. Needless to say, the group continued to write and produce music — this time with a much more stable foundation behind the band. Much like the venues that host the talents, bands like Magnolia Grove are cautiously working to book more shows. They played a previous show at Lost Lake and their most recent show was at Globe Hall. As for the future, they had some thoughts about where they’d like to play. 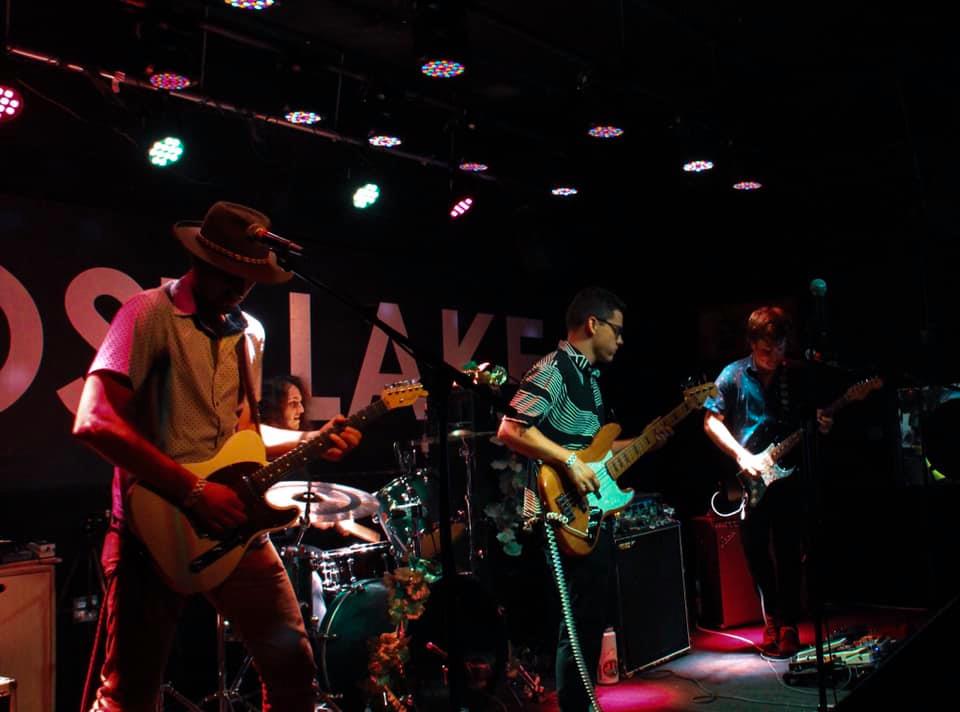 303: Are there any venues you’re keen on playing here in Denver?

HB: For me, The Ogden. I’ve been to a million shows there. Mission Ballroom is probably the craziest venue I’ve been to here. It’s so nice. I love that I’ve never been to a show there where I’ve been like, “Oh, the sound is off. This sucks.”

303: How does your latest release, “Woozy,” differ from the sound of your other tracks?

JM: This song and some of the newer stuff that we’re working on almost feels like a blend of the past two albums. You have your dreamy shoegaze moments, but you also have psych-rock because we wanted to blend those two and put out something. Also, just having the influences of everybody else, like everybody sitting in the room writing together, really added a lot to it. 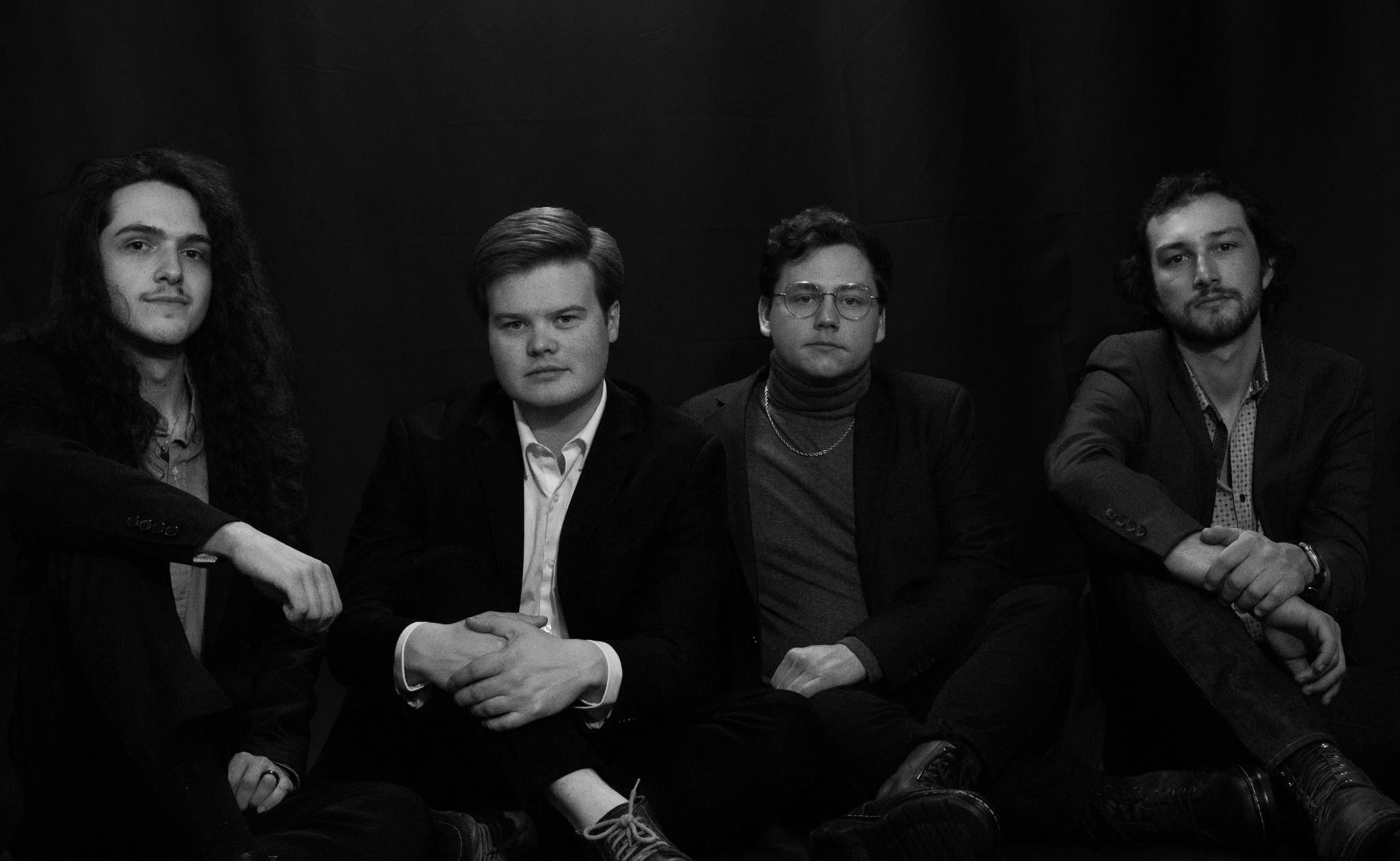 303: Is there a message you’d like to leave with your Denver audience?

JM: I would say our music is varied enough that there’s probably something for everyone in there, at least to a degree. Come have a good time with us.

With the sit-down done and questions answered, there was still plenty to be heard from the guys in the band. It goes to show that their work effort and determination to keep creating won’t slow down anytime soon. They have a lot to say and a lot to share with Denver’s music scene.