On March 22, Amy Schumer announced her first major tour in over four years with a two-night stop in Denver. The Emmy-winning and Golden Globe-nominated standup comedian returns to the Paramount Theatre for her Whore Tour on Aug. 27 at 7 and 9:30 p.m. and Aug. 28 at 6 and 8:30 p.m.

Schumer’s latest television series as a writer, director and executive producer, “Life and Beth,” premiered on March 18 on Hulu, which is loosely based on some of her own experiences and adolescence and features David Byrne, Michael Cera and more.

Schumer is the only female comic to headline Madison Square Garden and is the creator, star, writer and executive producer of the award-winning Comedy Central television series, “Inside Amy Schumer.” She’s also the writer behind the hit Universal Pictures romantic comedy “Trainwreck” and The New York Times bestseller “The Girl with The Lower Back Tattoo.”

On March 27, Schumer will co-host the 94th Academy Awards alongside Wanda Sykes and Regina Hall live on ABC.

Amy Schumer will perform at Paramount Theatre on Aug. 27 and 28, 2022. Tickets go on sale this Friday, March 25 at 10 a.m. via Ticketmaster. Fans have access to a special presale now through Thursday, March 24 at 10 p.m. with code AMY. Find more details here. 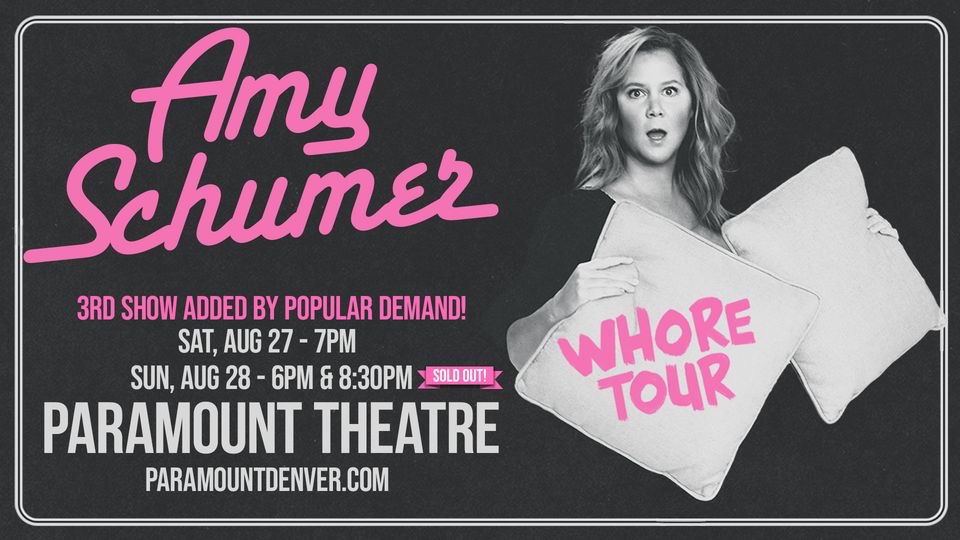