Denver Rush Kicks Off a New Era in Women’s Football

The Denver Rush will kick off its first official season of the Extreme Football League (X League) this summer after two canceled seasons due to COVID-19 restrictions. On July 22, the team will play their inaugural and sole home game of the 2022 season against the Atlanta Empire at Budweiser Events Center.

The X League is a professional, national, women’s seven-on-seven tackle football league played on a 50-yard field. Created in 2020, it is backed by Football Hall of Famer Mike Ditka, the league’s principal owner and chairman. 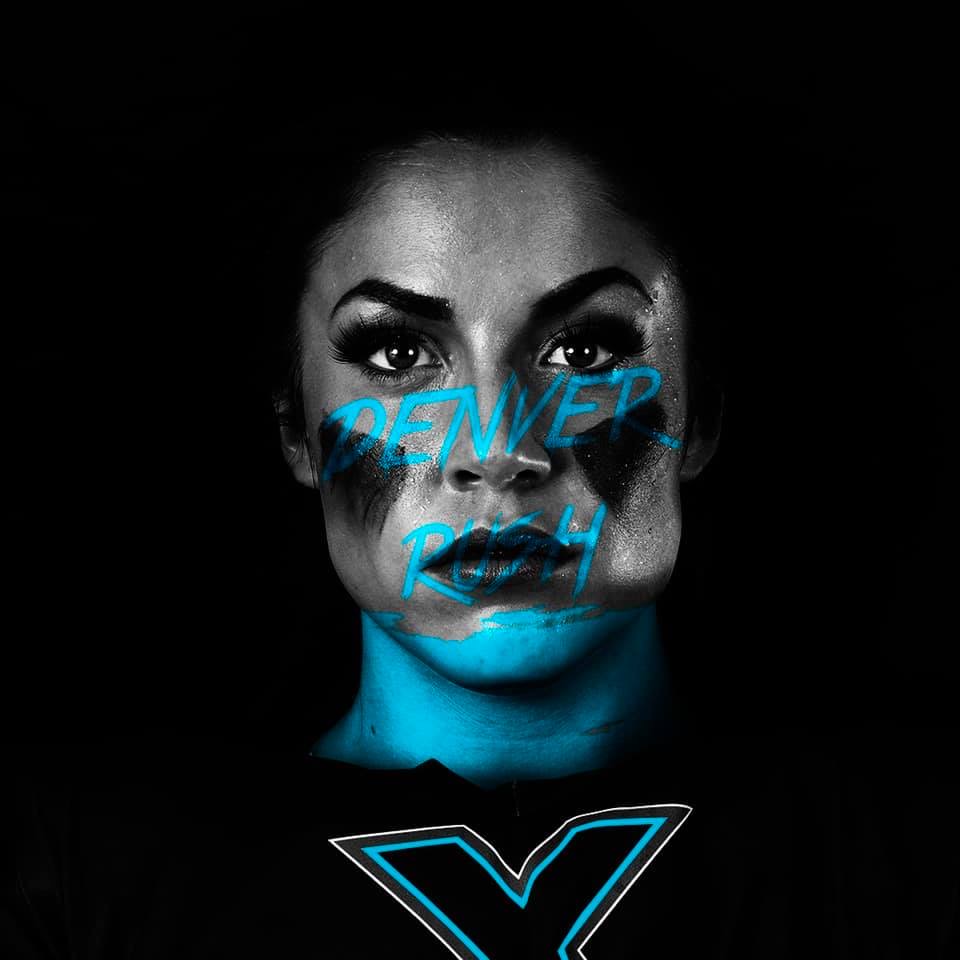 An X League executive stated that the X League is an entirely new league, completely separate and unaffiliated with the Legends Football League (LFL), formerly known as the Lingerie Football League. The LFL’s Denver Dream team was retired, and soon after the X League’s Denver Rush was created with new coaches and players.

The X League sets out to do something the previous league failed to: empower female athletes and make America’s No. 1 sport accessible to an entire gender. Their mission is to create “an aspirational destination league to the millions of future generation girls that want to play the sport of American Football” and reinvest in the sport from youth to high school to college levels by creating the first-ever commercial women’s football platform. 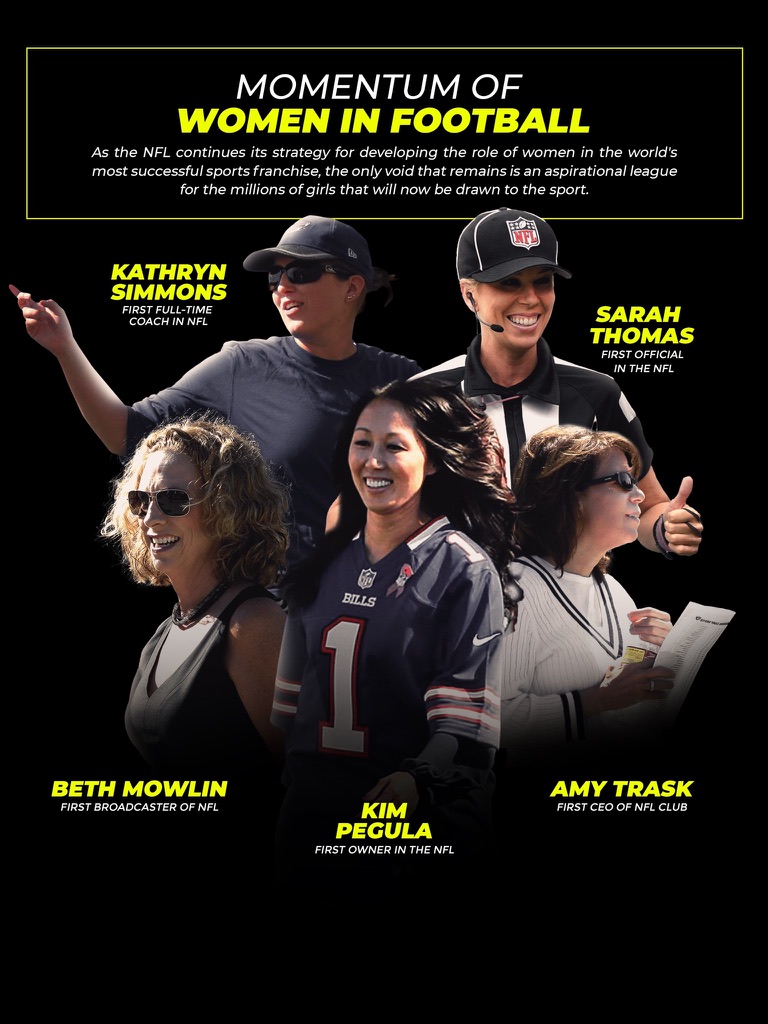 The league also plans to offer unprecedented streaming of women’s football games with features such as on-field and in-venue communication, instant replay deliberations, channels to listen to offensive coordinator’s instructions to quarterbacks and, most notably, an ability to toggle between approximately two dozen camera angles to watch the game from various angles.

The X League is partnered with Step Up, a national mentorship nonprofit for young women ages 14 to 23 that believes all girls should have the opportunity to pursue their dreams of success. X League athletes will become nationally involved in Step Up to mentor young girls through the 2024 season.

Additionally, the X League launched a campaign entitled, “Empowerment Through Opportunity,” in which they most recently spotlighted 13-year-old nationally-ranked quarterback Amaya Moreno.

It all began with a pay-per-view halftime alternative to the Super Bowl in 2004 called the “Lingerie Bowl,” where women wore revealing lace sports bras, underwear, garters and hockey helmets to play football. 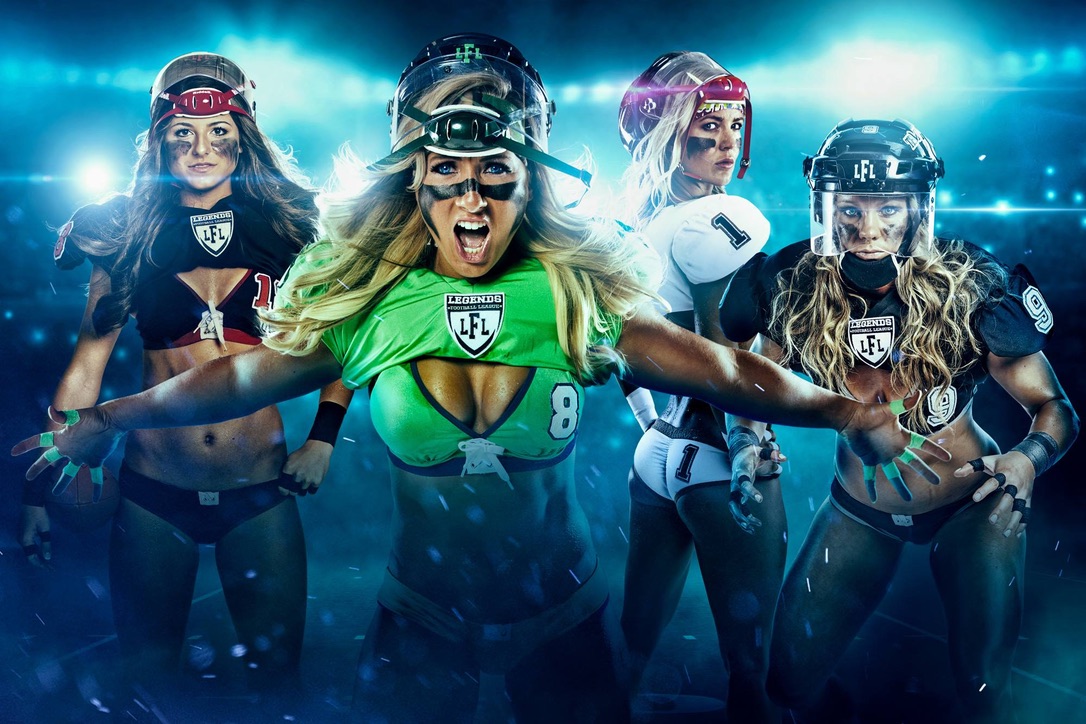 Many of these cities have carried competition over into the X League, albeit under new team names as it’s a completely new league: Atlanta Empire, Chicago Blitz, Kansas City Force, Austin Sound, Denver Rush, Los Angeles Black Storm, Seattle Thunder and Arizona Red Devils. The league plans to expand to all 32 NFL cities by 2028.

“When I first started in the Denver Dream, they put pants on us instead of making us wear provocative shorts, which was nice — I enjoyed it,” Medrano said. “But we lost viewers because of it, which was upsetting to know that they were only intrigued to watch us because we were half-naked.”

Medrano said that the LFL owner, Mortaza, was trying to make fans take the women more seriously as athletes by changing their uniforms from shorts to pants, but that “there isn’t really a league without our fans. So when we lost viewers, that’s when we had to bring back the shorts.”

At the end of that year, the women were back in shorts, but they weren’t as provocative; they were “more like volleyball shorts, something women usually wear in another sport,” Medrano said.

Since 1989, surveys on men’s and women’s sports news coverage have been conducted every five years. In the latest study, researchers found that 95% of total television coverage, including SportsCenter, focused on men’s sports in 2019.

The report’s author Michael Messner and study co-author Cheryl Cooky of Purdue University stated that the lack of media coverage is what’s “stunting the growth of audience interest in and excitement for women’s sports.” 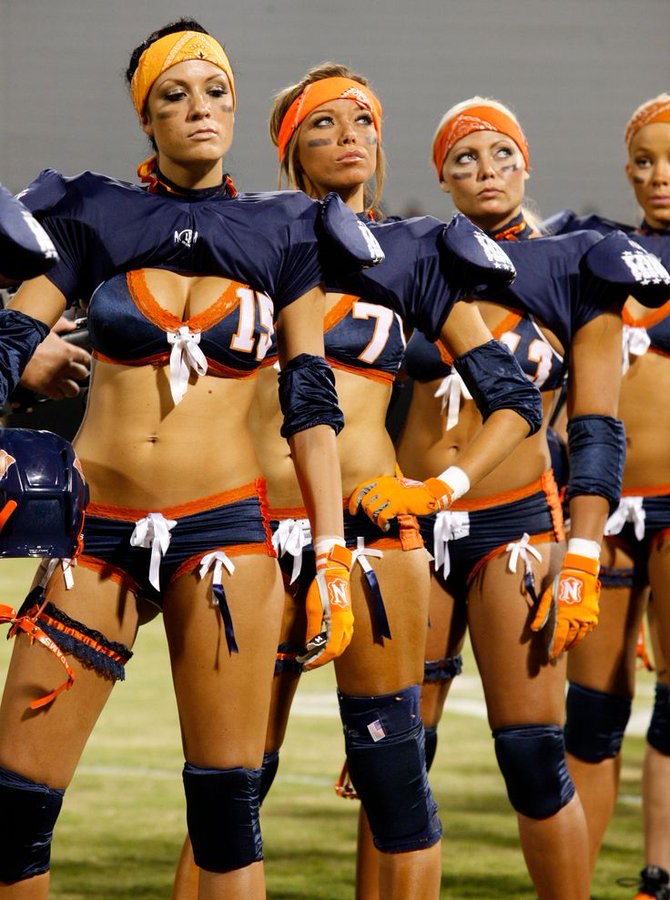 The lack of media coverage is also a contributing factor to the pay gap between men and women’s sports. As of now, the X League pays for away game travel and hotels, but the athletes are unpaid.

In 2020, women made up 40% of sportspeople but received only 4% of sports media coverage. And here’s the domino effect: a lack of media coverage impacts sponsorships – less than 1% of sponsorship dollars go to women’s sports. Without strong revenue coming into the league from sponsors, the league cannot afford to pay its athletes.

Mortaza stated in 2015, “If we paid a dime to a player, we wouldn’t sustain a season of play,” about the LFL athletes.

Deloitte reported, “Women’s sports is ripe for greater monetization – if certain key elements fall into place,” and for that to happen, “the entire sports industry – spanning federations, leagues, teams, sponsors and regulators – needs to invest on a sustained basis in creating more opportunities for women’s sports to prove its commercial worth.”

The X League said they are “structured to become a professional football league that compensates its athletes,” as well as make tenured athletes and coaches equity owners of their franchises they helped build.

Denver Rush wide receiver Krystal Wright said she feels like X League has done a lot to change the look of the league and refocus women’s football back towards athletics. This year, athletes will be dressed in more traditional uniforms.

Medrano hopes that through the X League, people will start taking women more seriously as athletes.

“I feel women are way more capable than a lot of people make us out to be,” Medrano said. “We may be beautiful creatures, but we’re strong, and we’re just as capable. That’s what I want a lot of our fans, even existing fans, to know.”

The X League Wire projects the Denver Rush to be the “Surprise Team” of 2022 with size and speed.

Open tryouts for the Denver Rush took place in January at the Golden Goal Sports Complex. Currently, the team is consistently practicing with about 26 athletes who are competing for a final roster position. Final rosters will be released after Training Camp roster cuts in April, the league said.

“I believe we got one of the best running backs in the league. We got track stars on the team,” Head Coach John Hassien said. “I plan on giving a good show. I’m not just here to look good. I want to actually win and get respect for this city.”

Hassien said the Denver Rush is still putting their official roster together, but they have strong candidates in most positions at this point.

“We are eager as the Denver Rush to not only elevate the game of Women’s Football in Colorado but to be part of the pillars that hoist the game nationally and internationally,” Hassien said. “The success of the Denver Rush and the X League will be driven by the on-field product, that is what myself, my staff and our athletes have been solely focused on.” 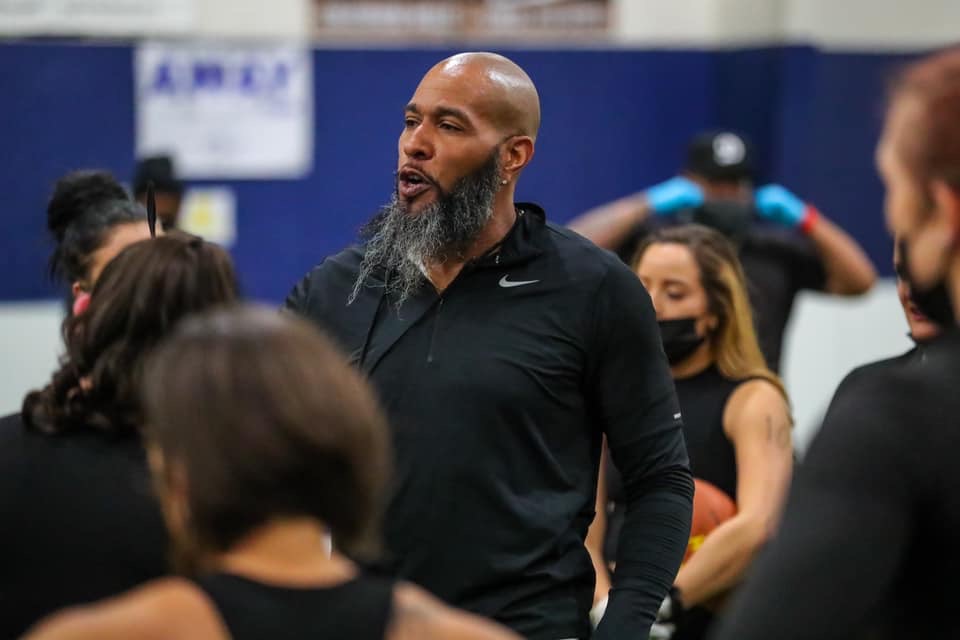 In all of the Denver Dream’s LFL history, the team never won a game. So the coaches and athletes of Denver Rush are perhaps more eager than any other team in the league to start playing for the city’s redemption for the first time since the LFL.

“I’m excited to have us change the game because for years, we’ve always been the underdogs,” Medrano said. “We just haven’t won a game, and no one really takes us seriously. So it’s going to be a great change to get all our girls up to speed.”

Wright, who has been practicing with Denver Rush since 2020, will finally be playing her first game this season.

“I’m just excited to actually play and get out there and be a starter,” Wright said. “Hopefully I’ll get a touchdown. I just want one touchdown this season, and with the team, I mean, I hope we win.”

Prior to the Denver Rush’s home game, they will be playing the Seattle Thunder on Saturday, June 25 at the accesso ShoWare Center in Washington. 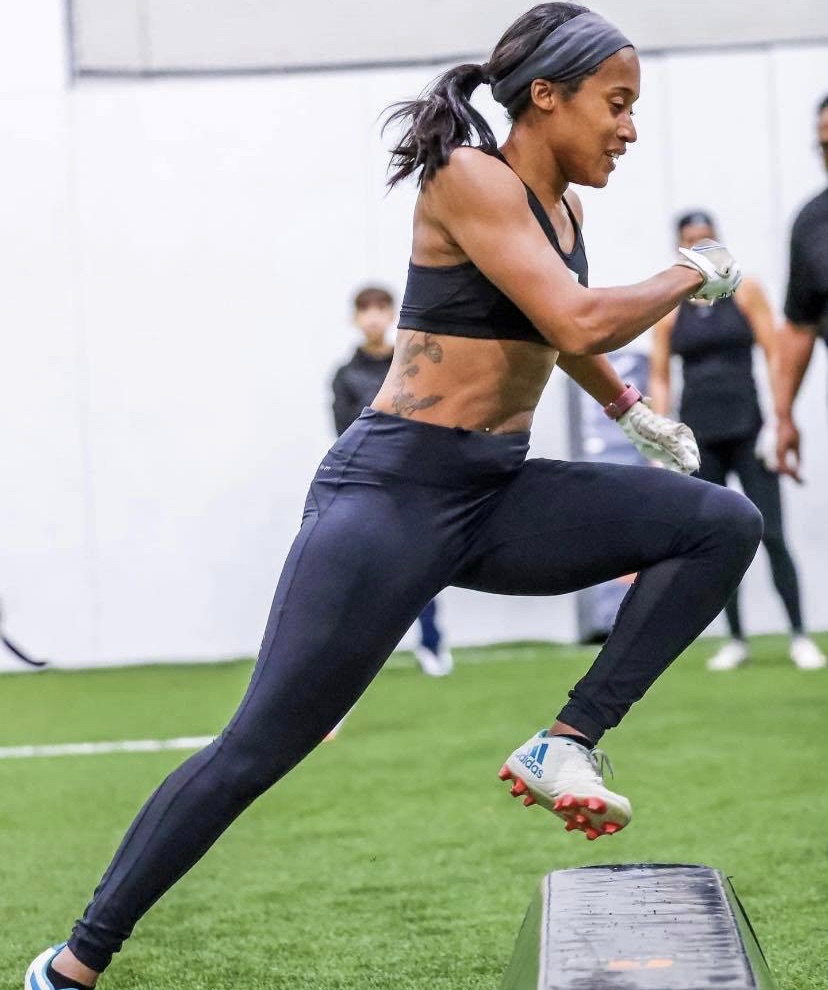 Games will be available to watch live, and details regarding how it will be broadcasted will be announced in the first week of May.

Tickets for Denver Rush vs. Atlanta Empire at the Budweiser Events Center are available for purchase here.