The biting air from the frigid winds couldn’t keep fans of Still Woozy away from Mission Ballroom Thursday night, with the venue acting as a safe haven from the chilly night. Sven Gamsky, known by his stage name, Still Woozy, stopped by Denver’s indoor gem for a night of feel-good music, mellow vibes and wild dance moves.

The night started with Tani (known as Legwurk), who also happens to be a member of Still Woozy’s ensemble, playing synth and guitar. The artist’s similar music style and collaboration with the headliner made her the ideal opener for the Still Woozy crowd. With Legwurk entertaining partially as the main performer, that left Los Angeles-based singer-songwriter Wallice Hana Watanabe, better known as Wallice on stage, as the guest performer of the night. 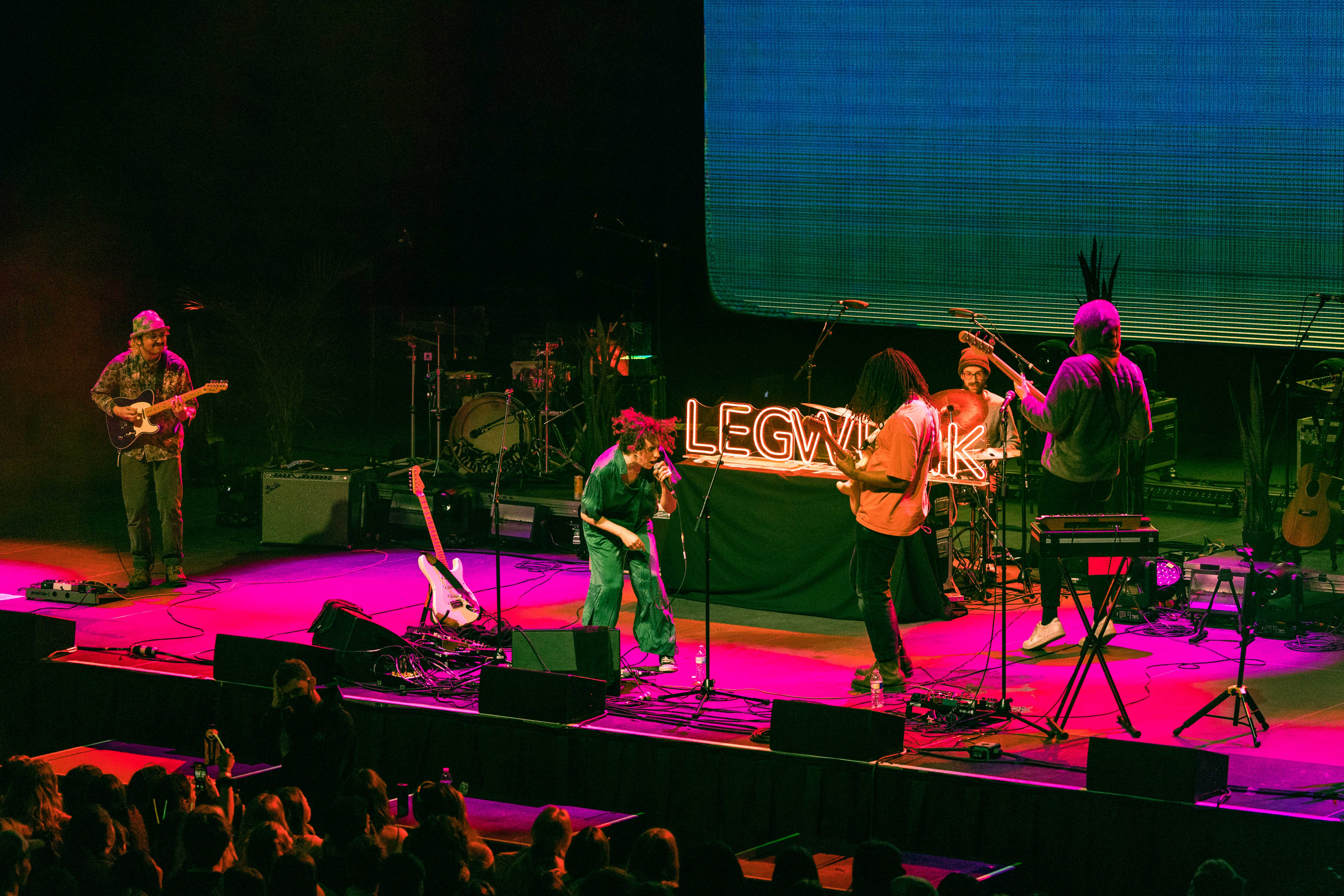 The indie-pop artist who only recently gained a lot of attention with her 2021 hit single, “Punching Bag” looked like she was still finding her confidence on stage. That’s not to say her musical performance was subpar, but as a newly discovered national act, she didn’t appear to have a stage identity quite as established as the previous or following acts. Her soft-spoken energy between songs didn’t match the same confidence as her singing presence.

That said, there’s no reason for her stage identity to dissolve into songs like “Punching Bag,” “23” and unreleased songs like “Funeral” and “Rich Wallice” — all of which were well-received by the audience. Dawning a black trenchcoat, red cowboy boots and black cowboy hat, however, she seemed prepared to embrace whatever stage identity unfolds for her in the future. 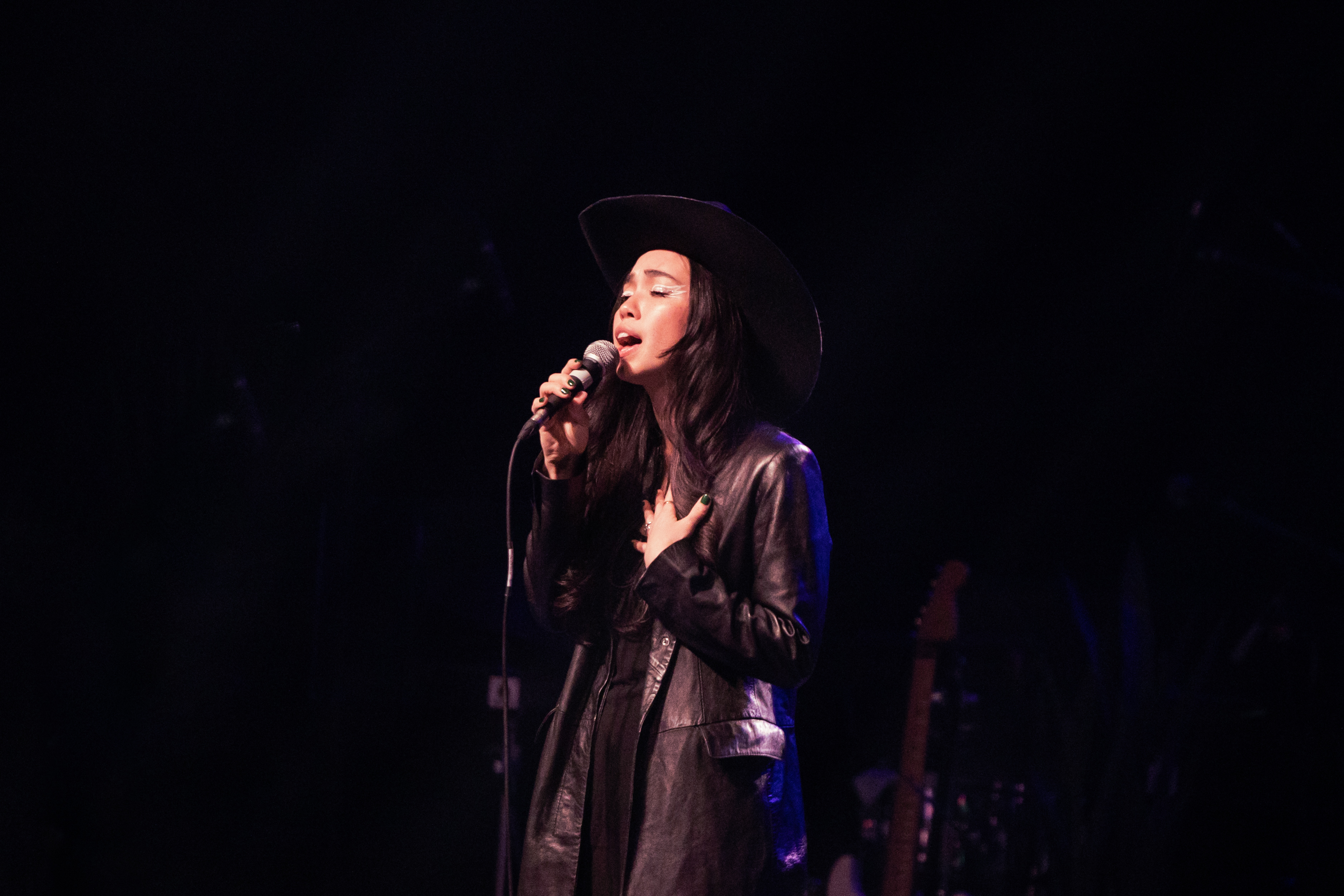 By this time, the crowd was already loose and in a calm, euphoric state of mind when Still Woozy appeared on stage with his drummer Harry Terrell and Tani once more. Where many artists like to ease into their hits, Still Woozy wasted no time getting to what the audience wanted to hear, starting his set with “Window”— the fifth most popular song from the artist on Spotify. If adults listened to lullabies the same way infants do, Still Woozy would be the main artist on those playlists. The rhythm and flow are uplifting but never overwhelming or bombastic. For their last song on stage, they brought back Wallice and her band as a cherry on top of a wondrous night. There was never a stage filled with so much humility.

Following the nationwide shutdown and pause on live shows, the artist made sure to promote the tracks off his 2021 album release, If This Isn’t Nice, I Don’t Know What Is. After all, the album is his first full release, with the rest of his previous tracks all being singles or features. Mission Ballroom was the perfect place to mark the artist’s return to Denver from his 2019 feature at UMS — as intimate as it is inclusive to all seat holders and pit guests.

Aside from the zen sensation that rode the notes of the songs, another element of the show stood out — the stage never appeared to be a stage, but a playground. The members all shared a sense of childlike playfulness when they performed as if it were their first time playing on stage with the backed experience of musicians who learned to live in the moment of the show. It was always a feeling over a physical performance.