Bluegrass legend Sam Bush will make his much-awaited and triumphant comeback to the Gothic Theatre with the Sam Bush Band on Saturday, February 19. The last time the Kentucky picker and his full band graced the Gothic stage was February 29, 2020. For many fans, this was not only the last time they’ve seen Bush perform with the full band but also the last live and in-person concert they caught before the live music industry metaphysically shuttered. Needless to say, live music has aggressively persevered against all odds, and Bush is yet another artist who is ready to make his resilient return to Colorado.

More than a COVID comeback, Bush’s return to Colorado feels special to him on a spiritual level. “Getting to come [to Colorado] is something that we look forward to every winter,” Bush said. “We try to come out during ski season and hit some mountain communities.” Especially with bluegrass and acoustic music in general, Bush always feels excited to be playing in and around Denver. Ironically, the Sam Bush Band’s last gig in 2020 before work came to a halt was on March 10 in Fort Collins. Though he recognizes the importance of continuing to take the pandemic seriously, returning to Colorado feels to Bush like things are slowly getting back to normal. “Getting back to the Gothic does feel like we’re getting back to doing what we love,” he said. 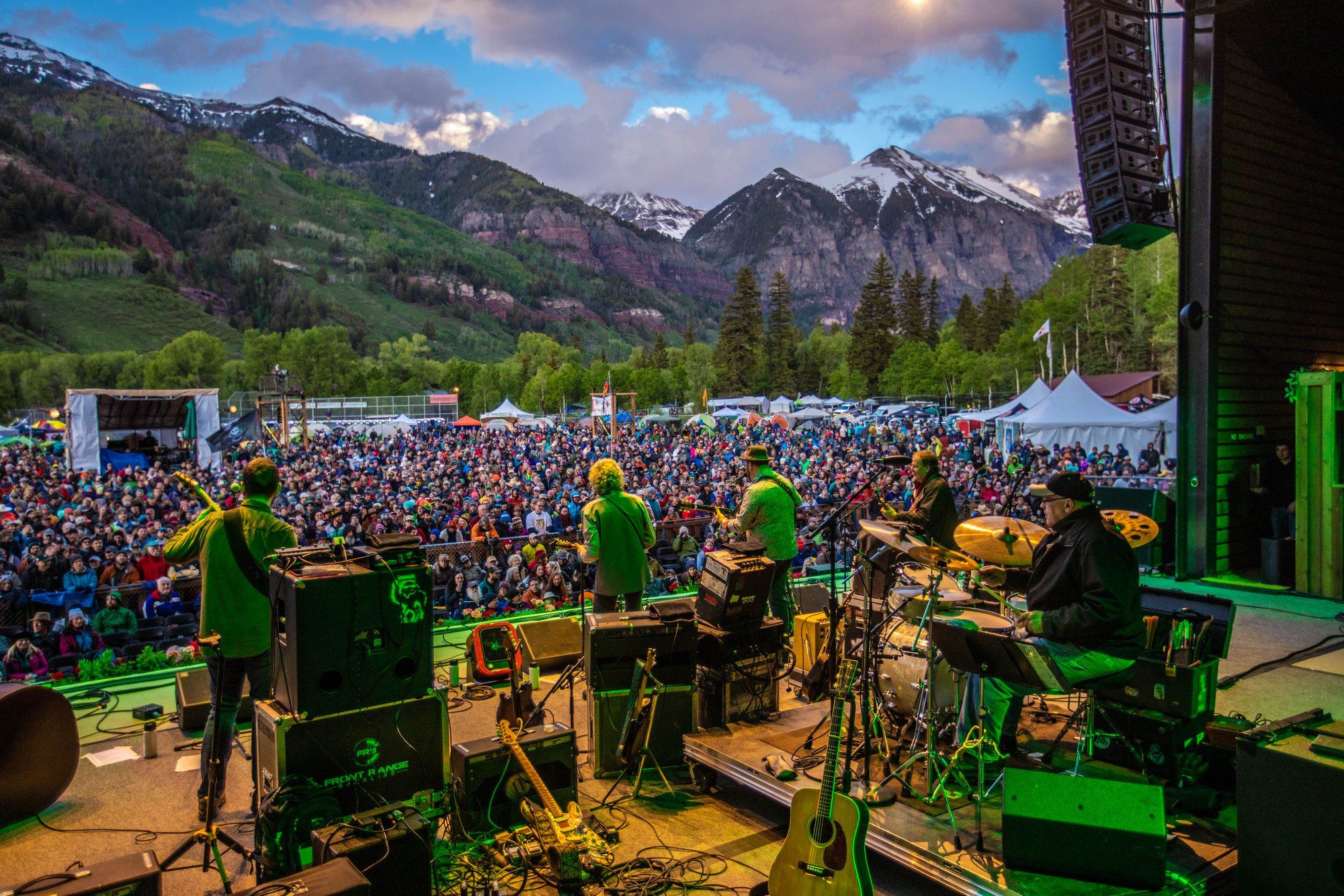 Revived and ready, Bush is looking forward to teaming back up on February 19 with banjoist Wes Corbett, bassist Todd Parks, guitarist Stephen Mougin and drummer Chris Brown for a night of pickin’ and dancing. “I get back with the band and we have a certain groove that we play,” Bush said. “It’s going to be a joyful noise.” With local rockers Tenth Mountain Division to jam out the opening set, the evening will undoubtedly showcase an overabundance of both local and national talent. Graciously welcoming newcomers into the scene, Bush hopes opening act TMD comes away from the show knowing the audience was also good for them. He remembers a time when he was the opening act, and said, “I can think back to the excitement that we felt, and hope that they do as well.”

With newfound freedom as a musician, getting back on tour is something Bush feels grateful towards. During lockdown, he says he oftentimes felt like he didn’t know where he ought to be. “I spent my whole adult life traveling somewhere and seeing the variety of America and the world,” he said. It’s a common sentiment for musicians that music offers a sense of purpose, and Bush is feeling renewed with a full winter tour on the books. Specifically, playing with other people is the thing he missed most and what he’s most looking forward to doing at the Gothic and beyond. Offering parting words before embarking on his next musical adventure, Bush said, “Everyone knows that I love to play rhythm and jam with people, so looking forward to that.”

Buy tickets for the Sam Bush Band at the Gothic Theatre on February 19 here.