Denver Resident Honored in Museum of the Courageous

The Museum of the Courageous (MOTC), a virtual museum that curates stories of Americans who have taken a stand against hate, named Denver resident Jennifer Keelan-Chaffins as part of the Courageous Class of 2022.

Keelan-Chaffins was born with cerebral palsy, and when she was 8 years old, she traveled to Washington D.C. to join a protest for disability rights. She remembers that day, March 12, 1990, as one of the hottest days in March: 80 degrees, the cherry blossoms starting to bloom already and over 1,000 activists marching the streets from the White House to the U.S. Capitol Building. 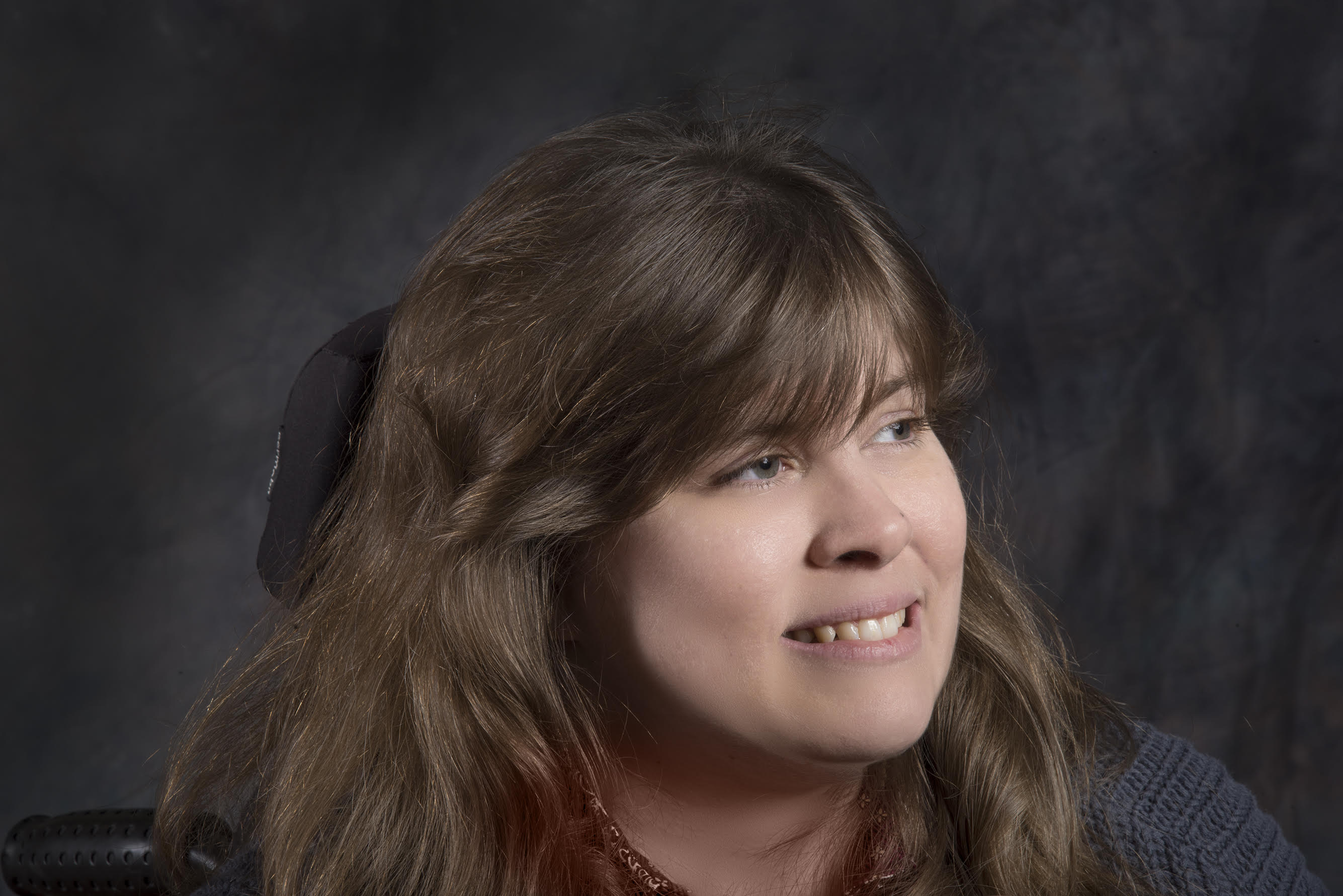 Disability rights groups from across the country organized to come together to speak as one, unified voice and communicate why it was important for the Americans with Disabilities Act (ADA) to be passed without any further delay. The ADA would finally prohibit discrimination against people with disabilities in multiple areas, including employment and transportation.

After the rally, dozens of activists got out of their wheelchairs, removed their mobility devices and climbed up the 82 steps of the Capitol. The purpose of what is today remembered as the Capitol Crawl was to visually and physically demonstrate to Congress what it’s like for disabled people to be confronted with barriers and further emphasize the necessity of full civil rights and equal access.

Keelan-Chaffins was the youngest to participate in the crawl at 8 years old. Adult organizers were concerned that she wouldn’t be able to physically do the climb and that it would send the wrong message: one of “pity rather than empowerment.”

The thought of not getting to participate in the crawl upset Keelan-Chaffins, so when organizers questioned her involvement, she talked to Reverend Wade Blank, the founder of ADAPT, and he asked her why it was so important for her to climb the steps.

“I wanted to represent my generation and future generations of kids with disabilities because often as kids with disabilities, we felt ignored… like we weren’t being heard,” Keelan-Chaffins said. “One of the reasons why I felt so strongly about being involved in this movement was I realized at a very young age that this was bigger than me.” 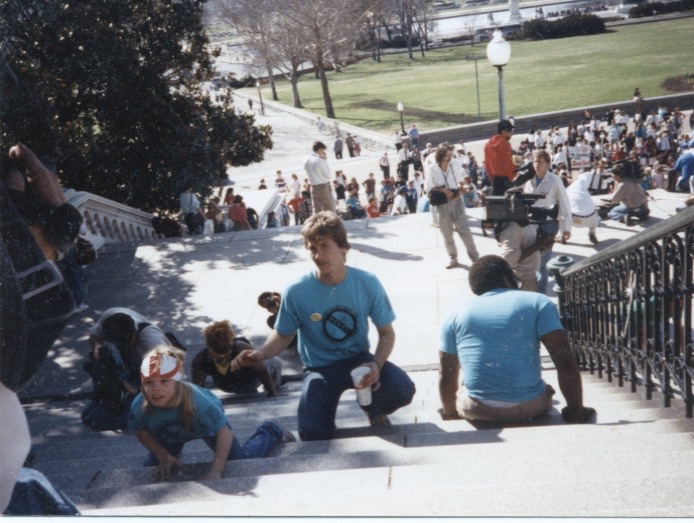 After hearing Keelan-Chaffins’s response, Blank told her, “You need to do what’s in your heart.”

So, she got out of her wheelchair and began climbing.

“I’m famous for saying, ‘I’ll take all night if I have to,’ because I meant it,” Keelan-Chaffins said. “All I wanted to do was climb those steps, reach the top and make sure that not only my voice was heard, but their voices were heard as well.”

Keelan-Chaffins, alongside hundreds of other activists, left a lasting impression on March 12 and 13 in 1990, and the ADA was passed four months later on July 26.

Keelan-Chaffins was proud to be a component in getting the ADA passed — but she didn’t stop there. She has continued to be an advocate for people with disabilities for 30 years and counting.

“The ADA is an important part of America’s history that is rarely discussed and taught in the classroom, and I want to change that,” Keelan-Chaffins said. 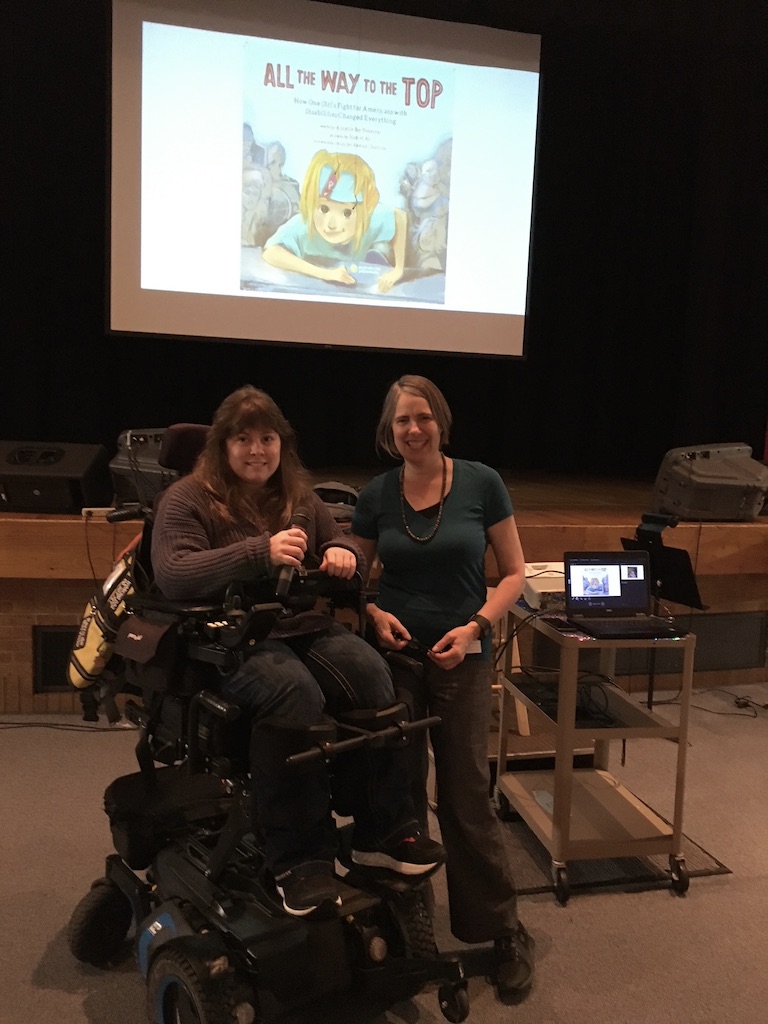 Keelan-Chaffins now educates the next generation on the ADA and teaches empowerment to the youth to exercise their rights and use their voices. Her fight for inclusion and equality at the Capitol is now illustrated in a children’s book, All the Way to the Top, from her 8-year-old point of view. The book is recognized by the Department of Education as a Common Core Standards Aligned Teacher’s Guide.

“You don’t have to be a grown-up to make a positive change. Even if you’re just a kid, your voice matters,” Keelan-Chaffins said.

After a presentation with a school in Manhattan, kindergarteners started to search the city for issues of inaccessibility that they could report, Keelan-Chaffins’ mother, Cynthia Keelan, said.

“They created an accessible playground and wrote a book about how to create an inclusive playground, and we’re getting these kinds of responses from all over the country,” Keelan said.

Outside of teaching kids, Keelan-Chaffins is a brand ambassador for Mobility of Denver and Vantage Mobility International, who create wheelchair-accessible van conversions for families and caregivers. She also owns and runs her own company, Jennifer Keelan-Chaffins LLC and JKC Legacy. 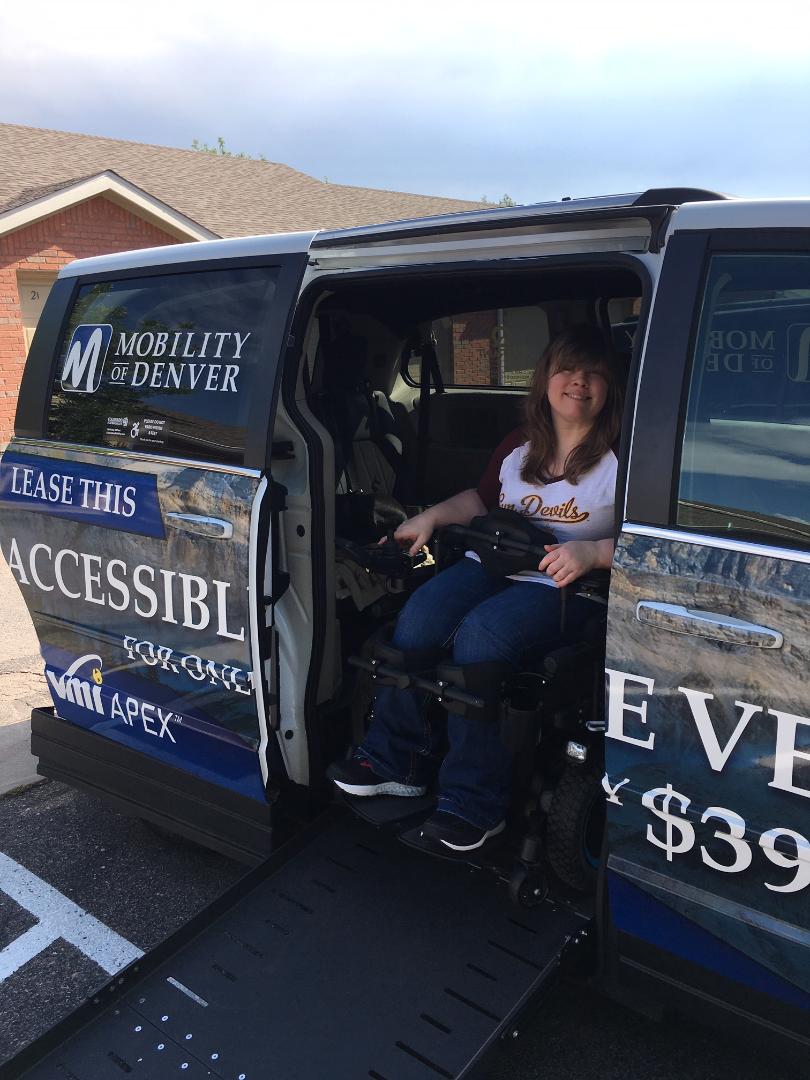 “Slowest of all, minds have to change,” Keelan-Chaffins said.

Keelan-Chaffins said there’s still a lot of work to do in fully recognizing and implementing the ADA as a civil rights law for people with disabilities. But she also believes that is an empowering message for children, because it shows them they can be a part of a positive change if they use their voice.

The MOTC recognizes Jennifer Keelan-Chaffins and six other individuals as part of the Courageous Class of 2022 for their valiant anti-hate demonstrations. The MOTC’s goal is to inspire action in Americans through the stories of these brave individuals.

“I am so honored to be a part of the [MOTC’s] Class of 2022,” Keelan-Chaffins said. “I’m not just proud of that, but I’m proud of all the other recipients because they also spoke up and spoke out, even if it cost them.”

The MOTC is building the largest collection of stories about individuals standing up against acts of hate based on race, color, religion, ethnicity, national origin, sexual orientation, gender identity and ability. Plans for a physical location of the museum are currently underway.

To share a story with the Museum of the Courageous, you can email [email protected] or use the form on their website.