Low and slow, soft and soothing, quintessential soul music that couldn’t sound more ideal coming through the speakers on the first week of this new year is Haley Harkin’s To Heal Her. Medicinal music at its core, it’s everything your brain needs to soak in to begin healing from what feels like a relatively treacherous closing to 2021. The seven-song album brings the passionate and solemn yet feel-good vibes that are induced from Joni Mitchell’s Blue or something from the Elephant Revival catalog. For that, we can all be grateful for Haley Harkin.

To Heal Her, which is set to release on January 6, boasts the pairing of simple yet spectacular musicianship and hauntingly angelic vocals, both from solo artist Harkin. More bare than folk music, lighter than tribal music, Harkin’s emotive songwriting exudes feelings that are simultaneously high and low, big and small. Calling it “folk medicine music” herself, Harkin doesn’t believe in labels and strives to keep her music undefined. Whatever its definition, To Heal Her is worldly, interactive and stunning in all of its uncomplicated nature. 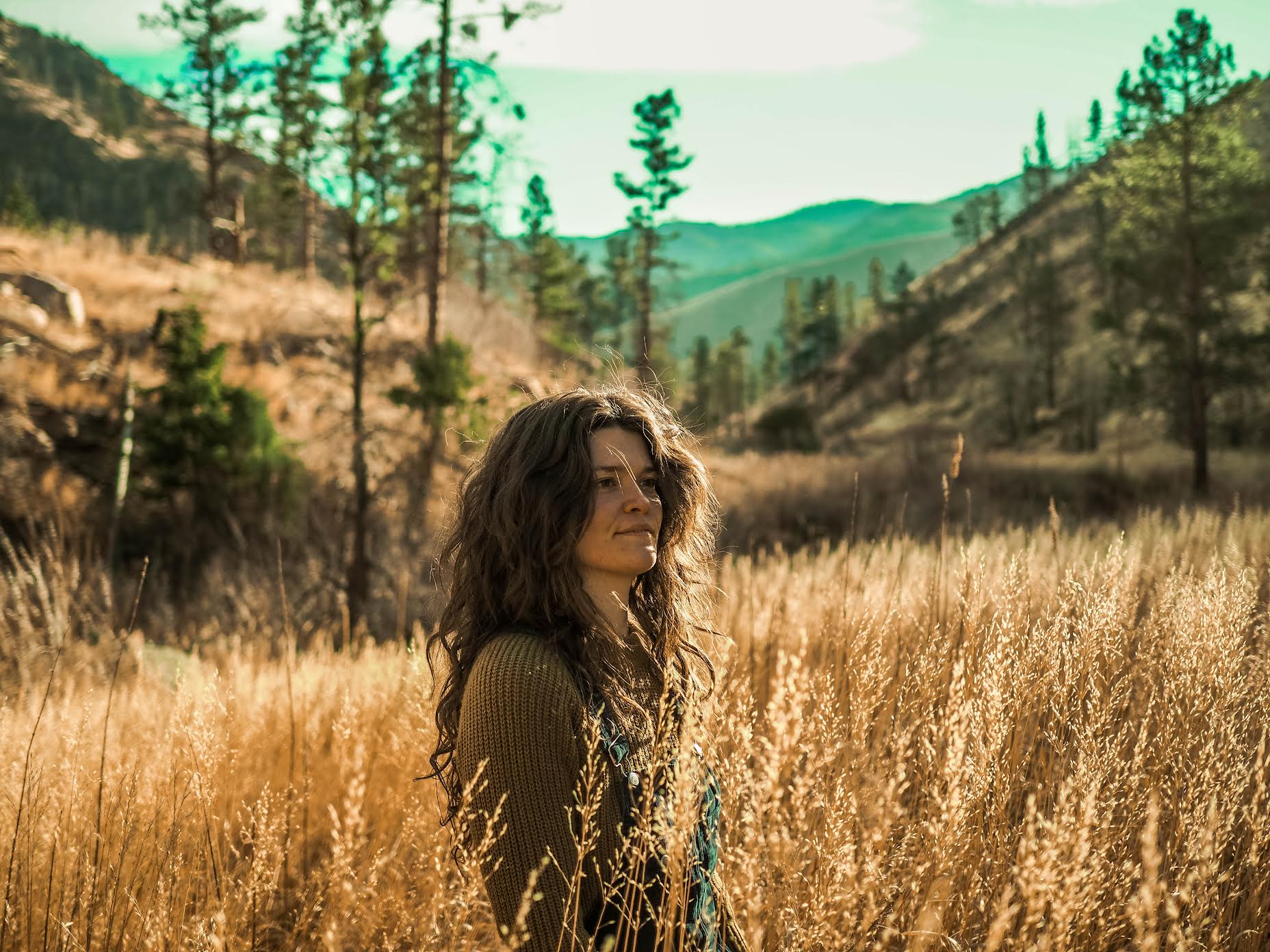 Though not the first time recording her music, the album is certainly a piece of work that watches Harkin come into herself as an artist after years of withholding confidence from her songwriting. It was only about five years ago that she finally felt comfortable sharing her music, and since then her talents have blossomed into true musicianship. In the past five years, she has played mostly in ceremonial settings, such as yoga classes or cacao ceremonies. Growing up listening to her grandfather and mother harmonize to folk songs, she was influenced by the collaborative performance experience. “That’s where I like to share my music the most,” Harkin said. “When people are listening and there to receive, it’s kind of a co-creation with the listener.”

Growing up in Austin, Texas, Harkin and her partner recently moved to Fort Collins where she was inspired to create music that would reflect Colorado’s mountains, forests and rivers. To Heal Her truly sounds like nature, which was Harkin’s influence for the album. Intended to be the first of a two-part album, the first part means “to heal her,” as in herself. “This is really a reflection of the inward journey of the past three to four years and the evolution of music and myself and my confidence,” Harkin said. The second part, which Harkin will be creating and releasing this year, will mean “to heal her,” as in Earth. “It’s about that outward experience and what that looks like after you’ve done the inward work and how we can be of service to the world.”

With To Heal Her, Harkin feels she successfully pushed her creativity levels as much as she could, adding instruments she hadn’t utilized before in previous work and making the songs sound as full as possible. “I would really try to take my time and bring the song to life as much as I could,” Harkin said of the songwriting process. Now that she’s made her mark in the recording studio and on the local music scene, Harkin hopes to connect with more of the local Colorado community and musicians in the near future, playing at more retreats and facilitating those kinds of opportunities.