Olivia Rodrigo is bringing the “Sour Tour” to Denver next year for two shows at Mission Ballroom. On Monday, Dec. 6, the singer took to Twitter to release a full list of concert dates in support of her debut album Sour, spanning from North America to Europe — including two shows in April at Mission Ballroom. Supporting Rodrigo on her Denver stop will be Gracie Abrams. This will be the first time Olivia Rodrigo will be performing in Colorado.

“SOUR TOUR IS FINALLY HAPPENING!!!” the 18-year-old wrote on Twitter alongside the tour’s official poster, which features her hair tied up in mid-air by colorful helium balloons.

Tickets to the shows go on sale on Friday, Dec. 10. A Ticketmaster verified fan sale is currently open until 12 a.m. PT on Tuesday. Fans that sign up for the verified pre-sale will be provided with a unique code on Thursday to purchase their tickets the following day.

The Sour tour announcement comes at the end of a blowout year for the 18-year-old. Rodrigo was recently nominated for seven awards at the 2022 Grammy Awards, including nominations for Best New Artist, Record of the Year and Album of the Year.

Experience “deja vu” by attending both nights of the Sour Tour. 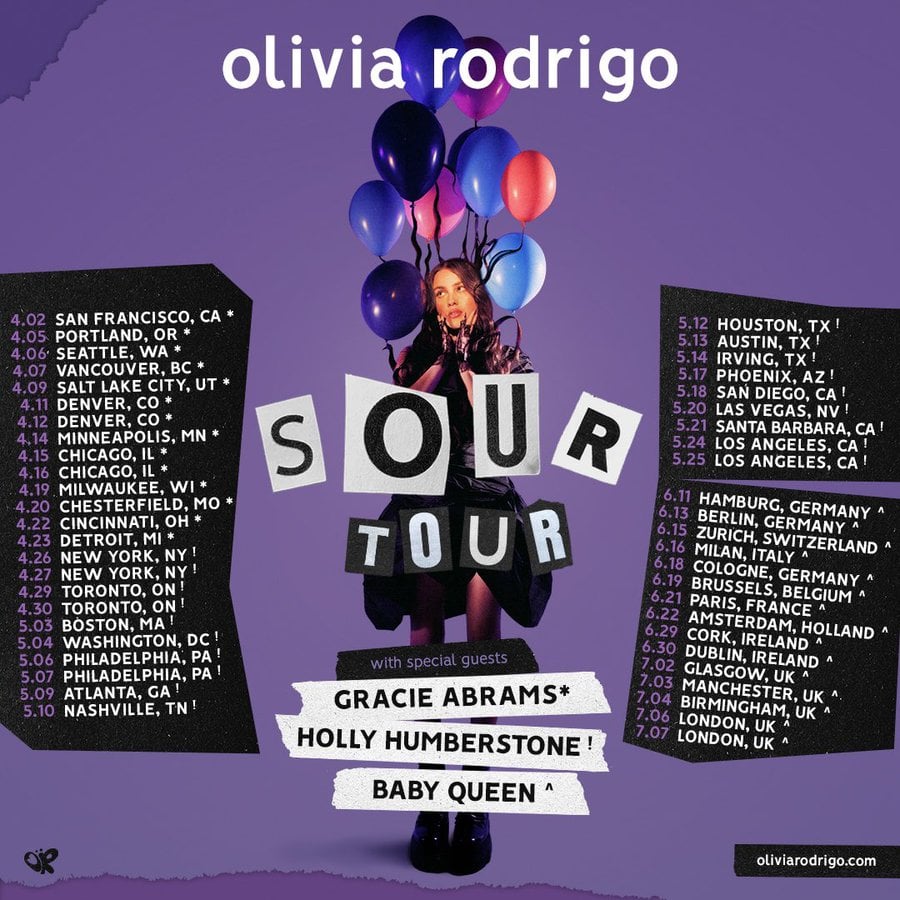