It is rare for a garment to transform to fit different circumstances and outfits. However, local designer Dalton Bidula strives to change that with the launch of his new streetwear brand, LAAW. 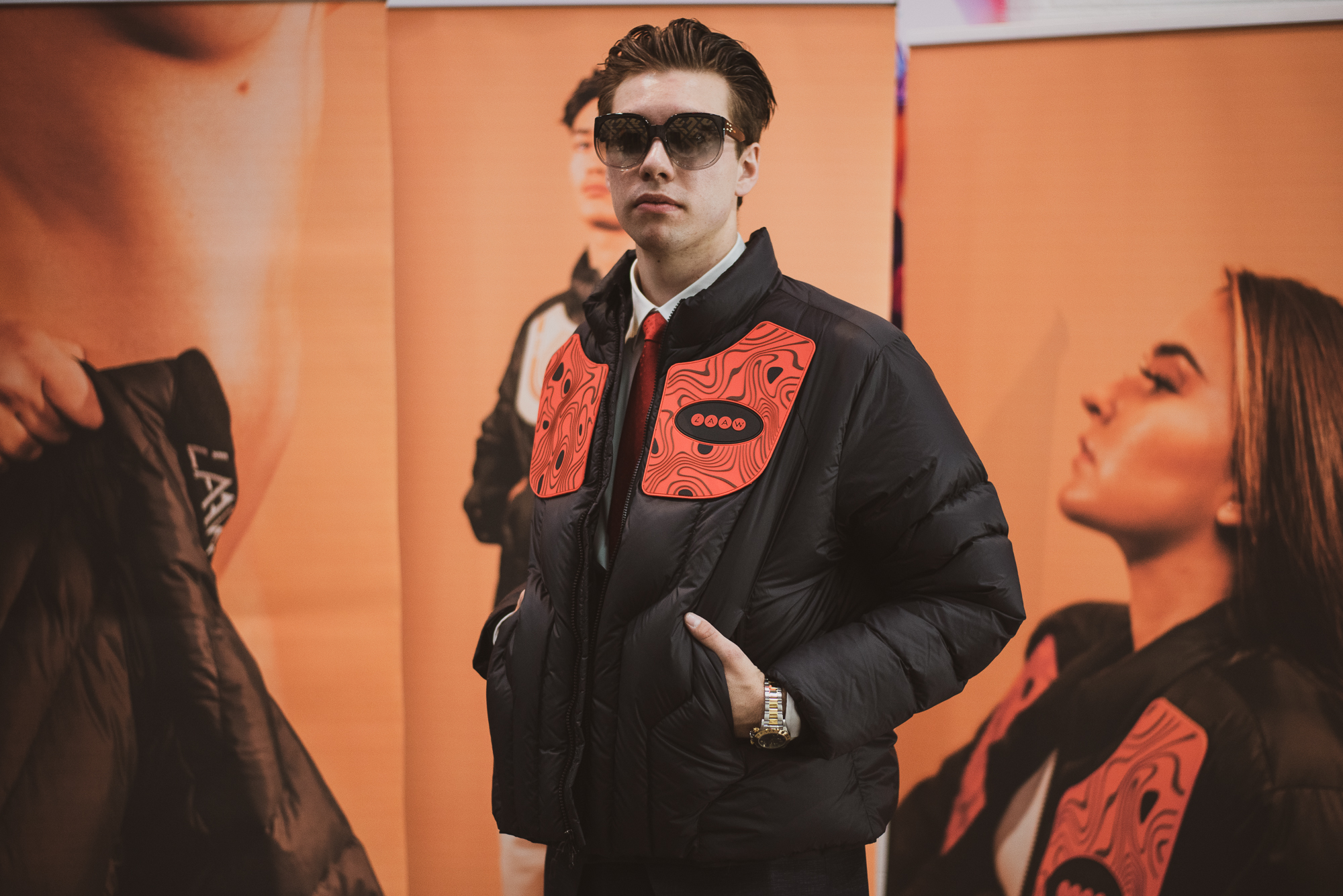 The brand is built upon sleek black jackets featuring velcro patches that are interchangeable. From striking red and black patches to tan ones resembling Star Wars stormtroopers, this unique take on outerwear is meant to make a statement.

The name itself comes from the idea that “most things are temporary, but law is forever,” Bidula said. “It’s just kind of that idea of permanent, foreverness. And also the extra A is for law of attraction, which is this idea that you can do whatever you want in your life if you put your thoughts [somewhere intentional]. Your thoughts become things and affirmations so forth.”

Bidula previously designed for Shape Streetwear, a local brand featured in Denver Fashion Week in 2018. While this experience was fulfilling, Bidula felt confined in his designs. 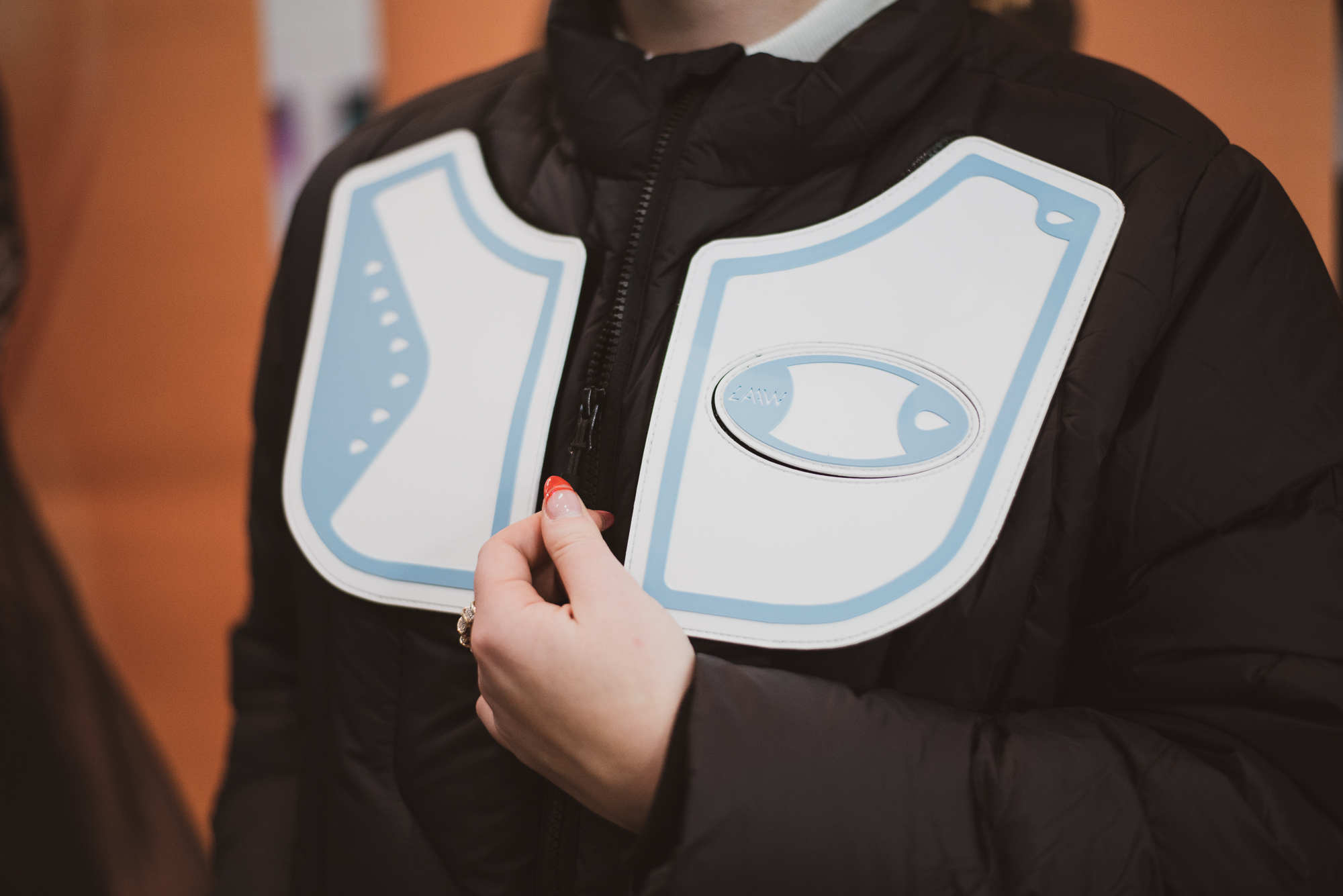 “The concept of Shape was working with blank garments and altering them either through screen printing or sewing on small things or tattoo bands or so forth, but I knew that real design came from the full customization of the garment,” he said.

To raise funds for his project, Bidula began working in real estate. After obtaining his broker license, he developed an idea for 20% of his clients’ commissions to be donated to college scholarships. Bidula soon realized that clients would rather have 20% off of their commissions than donate to a good cause. At the same time, he was spending more time picking out suits to wear on the job than selling houses.

From there, Bidula developed the idea for velcro patches. He began working with a designer whose experience constructing for Nike for 10 years allowed his idea to take shape.

LAAW patches are created with both love and knowledge of design. Bidula strives to create a product that is not only wearable but long-lasting. The longevity of these pieces starts with the velcro itself. 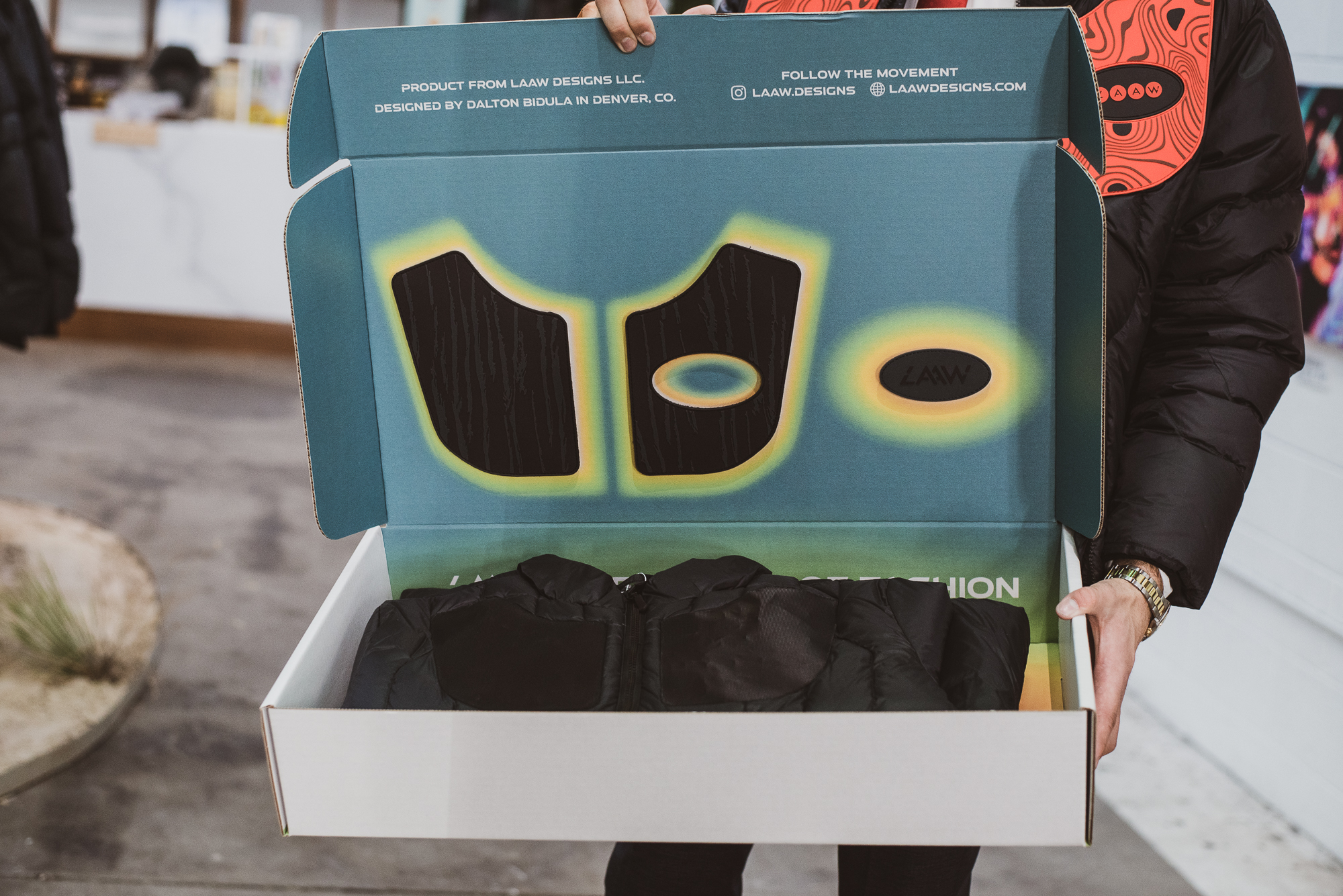 Bidula thought the idea was brilliant. “I could do one or two garments and have them interchangeable with these patches and start releasing new patches because that’s what I realized with Shape,” he said. “If I don’t make something in a couple of months I’m going to become irrelevant, but I can’t keep making these huge collections.”

The puffer jackets are priced at $498, the cap is $48 and the patch sets go for $58. Bidula is selling small oval patches for $13 making for a high-end yet affordable line.

The flexibility accompanied by LAAW allows Bidula to continue to release patches and transform the brand in the process. He plans to drop new patches biweekly. As a result, the garment’s value will increase.

The LAAW Day 1 Event held at False Ego on Dec. 18 paved the way for Bidula to release his brand to the Denver fashion scene. The storefront featured large prints of models wearing LAAW pieces, as well as a desert-like display adorning several sizes of the jackets and a variety of patches to elevate the garment and experiment with styles.

Owner and designer of False Ego, a local sustainable brand, Bidula says Jevon Taylor is a trendsetter of Denver fashion. “I would say he’s fashion, but I feel like he’s a little bit above that — like he cares more about the community and bringing up people rather than the garments themselves,” Bidula said. “I’m more of a construction-oriented individual but he cares more about the community and the space.”

Developing partnerships like this allows Bidula to foster growth in the Denver fashion community.

That itself is one of Bidula’s main goals with LAAW. “I want to at least supply and help progress the fashion here in Denver,” he said. “It’s not just about the jacket. Right here it says ‘in Denver, Colorado.’ We’re trying to grow Denver as a fashion scene.”

Following the launch at False Ego, LAAW pieces will be available in the storefront for a limited time and eventually online.

Bidula will continue to create in order to expand the Denver fashion community but hopes to grow LAAW geographically. He believes that fashion capitals like Los Angeles and New York City would grasp onto the premise behind LAAW, and plans to foster growth to reach that point in the near future.