An Inside Look At Yaneth Alatorre’s Denver Fashion Week Collection

Designer Yaneth Alatorre produces impeccable designs based on Western Vintage styles. Her Denver Fashion Week, presented by The Green Solution and Medicine Man, collection is based on the Revolution of November 20, or The Mexican Revolution.

“It will be something new, original, and very elegant,” Alatorre said. 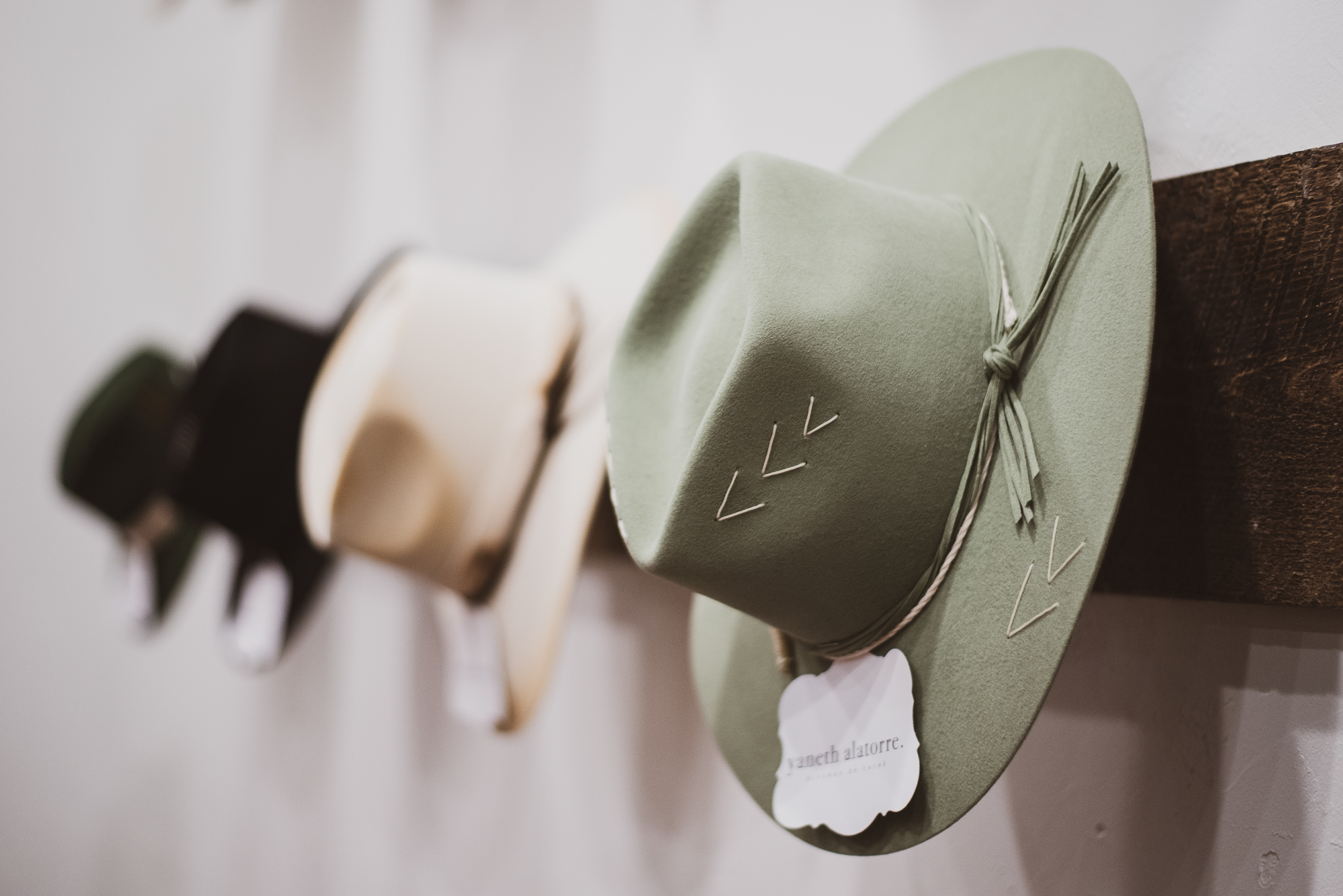 The Beginning of Alatorre’s Brand

Alatorre grew up in the small state of Chihuahua, Mexico, “a town known for having one of the best cultures in Mexico,” she said. She grew up there and then went on to finish college in the city of Chihuahua.

She became interested in fashion very quickly and started spending hours on end on her computer figuring out how to create her brand.

“I started looking for what I wanted to invest my time in, to get to where I am today,” Alatorre said. 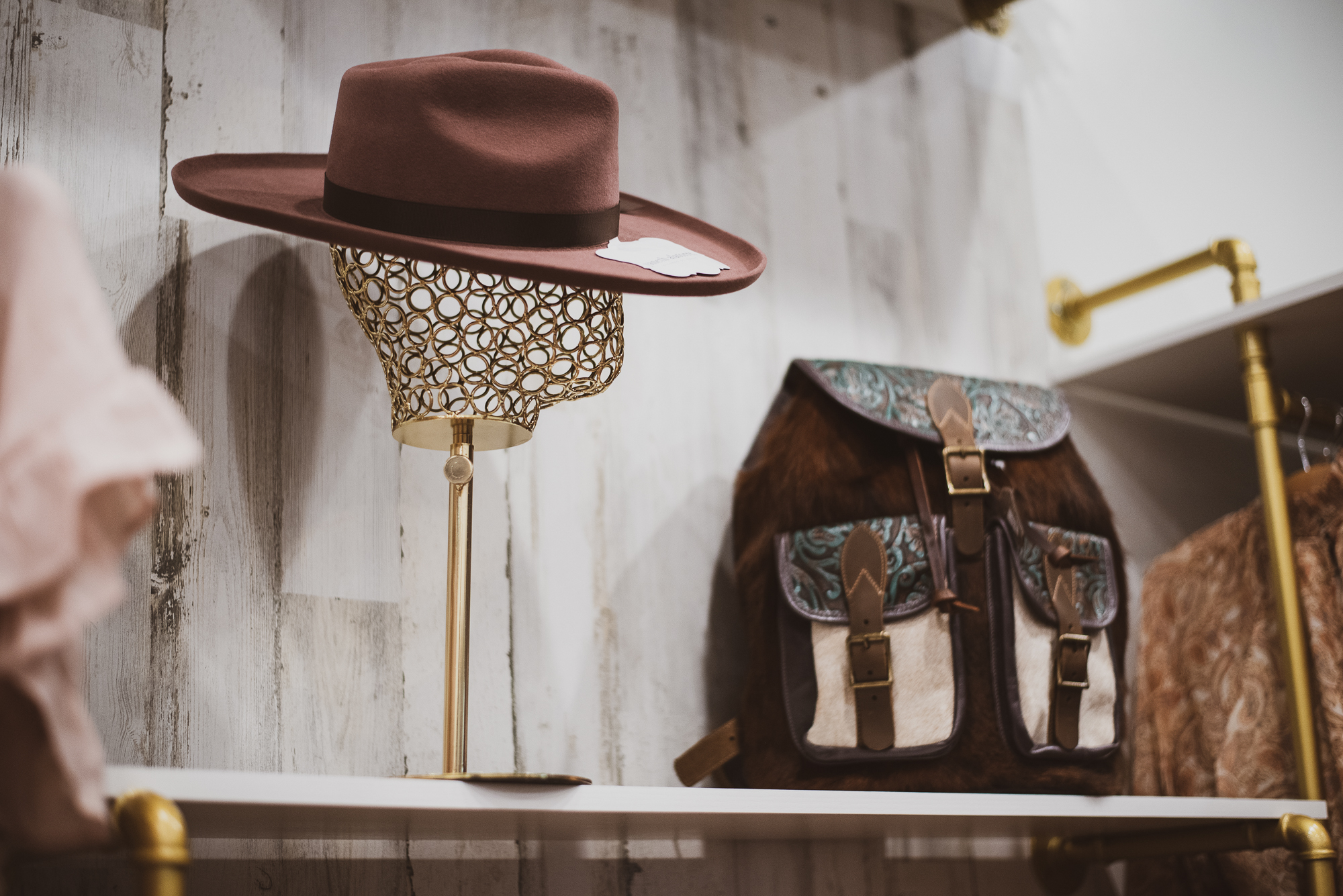 Alatorre was drawn to fashion when she discovered her passion for it. She very much enjoyed playing around with designs and fixing items, and she liked fixing her own hats. Once she got the opportunity to fabricate hats, she was interested in the creative process.

“I had no idea of the materials that were used to make them. So I started to intensively invest my time until I understood the complete processes that a real hat carries,” she said. 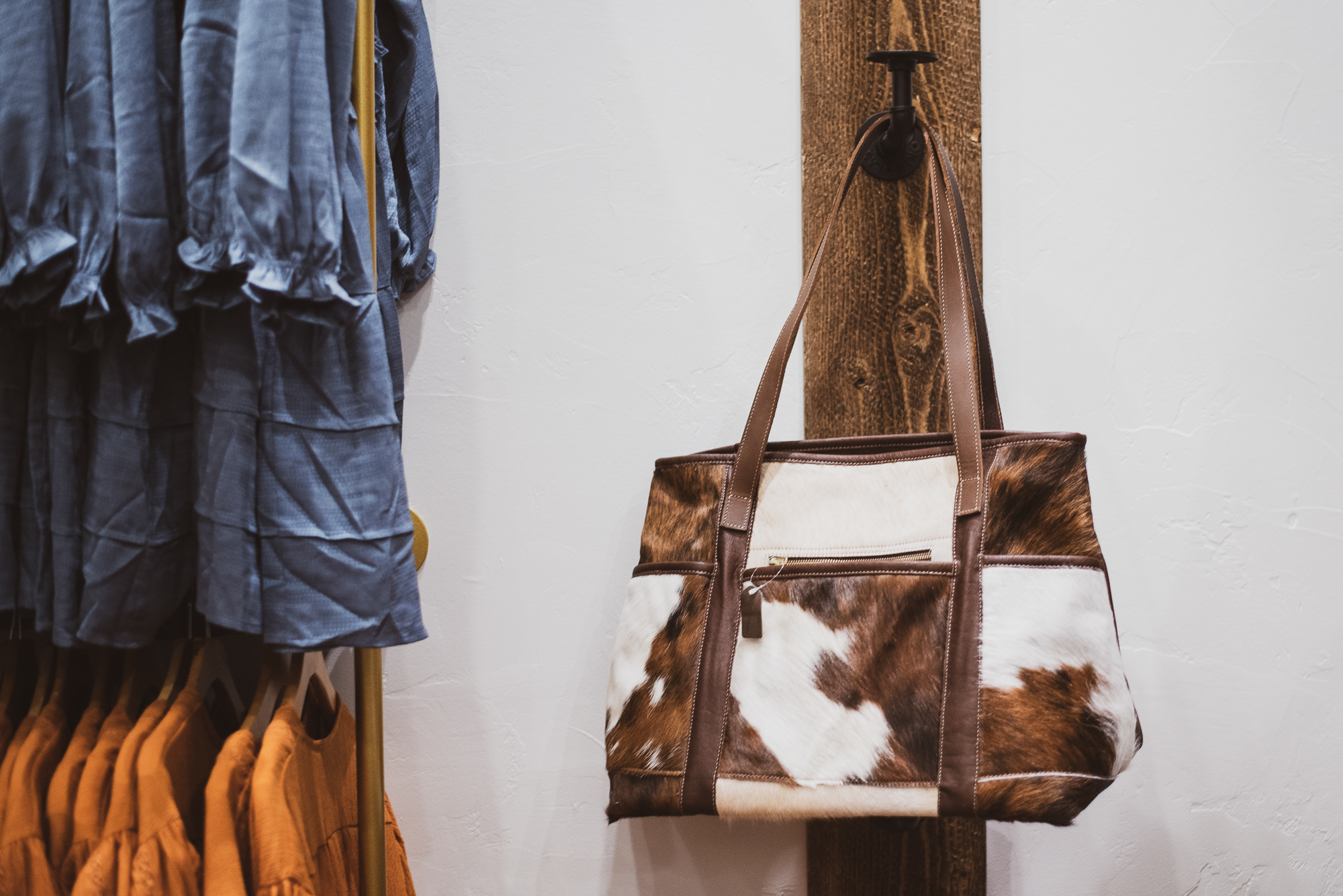 Alatorre’s Process for Her New Collection

No fashion designer’s process is the same when it comes to creating a garment and bringing it to life. In Alatorre’s case, she uses only her imagination and her hands to create her hats.

“I imagine how ravishing the hat would look with any attire, then I make it come to life after imagining it,” she said. The materials Alatorre used in her Denver Fashion Week collection are Bolivian sheep wool, bovine and goat skins.

Through Alatorre’s new collection, she would like to portray the message of freedom to the audience. To her, being oneself is the most beautiful thing to be. Especially in the world of fashion, there’s never any need to limit oneself. 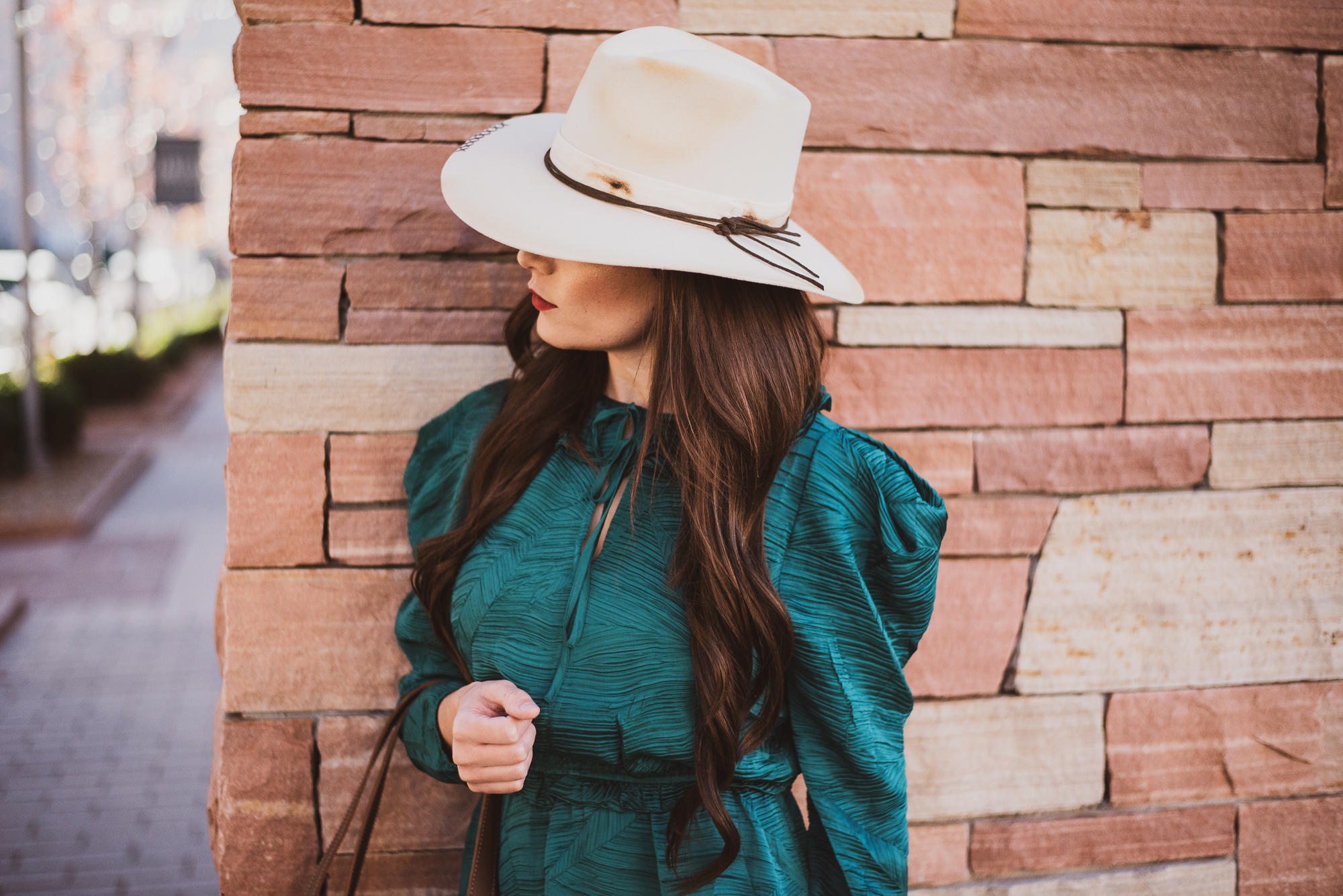 The Challenges Along the Way

Challenges will always be shown along the way, but for Alatorre, she embraced them and this is how she became a fashion designer. Resiliency is what makes her happy and this pushed her to continue creating. Ultimately, it paid off. “

There is no such thing as a perfect prototype for anyone. There is nothing more beautiful than to be yourself. You can be so elegant to wear a hat as an everyday accessory. Nothing is ever more important if you are happy. In the fashion world, the limits do not exist. We can all make it if they give us that opportunity,” Alatorre said.

With great achievements for her runway show, also come challenges. Alatorre struggled with figuring out what her style was going to be at DFW. She wanted to stay true to her western vintage vibe, but also decided to implement a few changes that she has never done before.

“The hours I worked to find the style that was going to define me, was exhausting … I was positive, but yet nervous. I defined myself in a different style. A strange combination between western-boho, without losing the vintage [aspects]. This was a challenge for my hats,” she said. 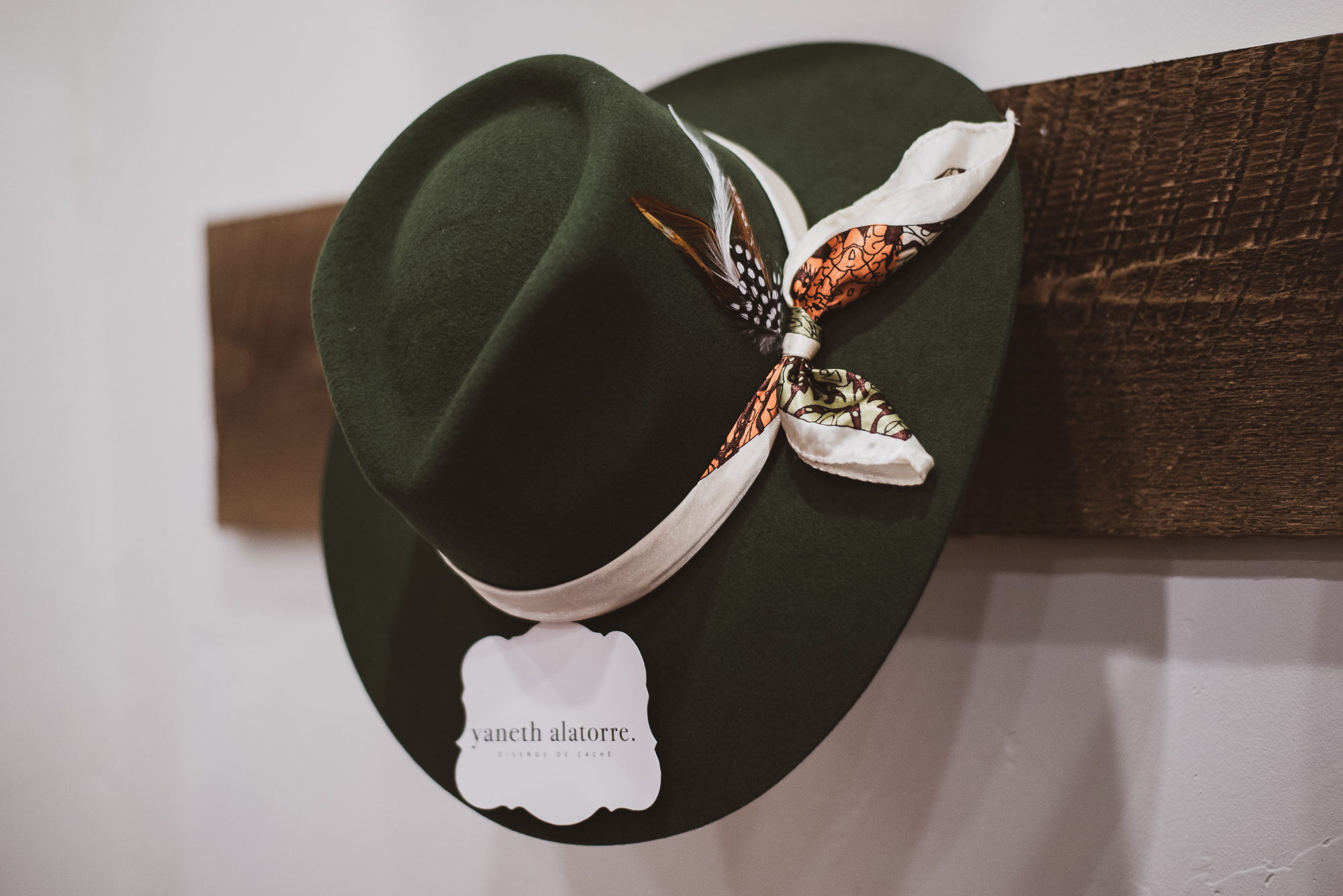 Alatorre enjoyed putting this collection together for a specific reason. One of her goals was to use a very diverse group of models.

“My favorite part of this collection was using models without a margin of age, weight or height. I chose a diverse group of models because I love different cultures … I grew up with other cultures so it was so special for me to have these models give my hats a dazzling look,” she said. She chose a collection of models that represented different cultures, which was important for her to do in order to stick to her roots and share her origins with the audience.

Alatorre is very excited and grateful to be part of Denver Fashion Week this year. Her son is her biggest inspiration in her world of fashion. He is the reason that Alatorre decided to follow her dreams into the fashion world. “It has not been easy, but he is my driving force to continue. I love how he wears my hats,” she said.

Alatorre has achieved many things on her journey to becoming a fashion designer. She believes that failing and being afraid is just a part of the process and that one must remain persistent for their dreams to become a reality.

“Nothing is ever easy, everything takes time and effort. I believe that patience and perseverance is your best friend in this journey. Being afraid is normal, and even failing, but that should never stop you from where you want to go,” Alatorre said. 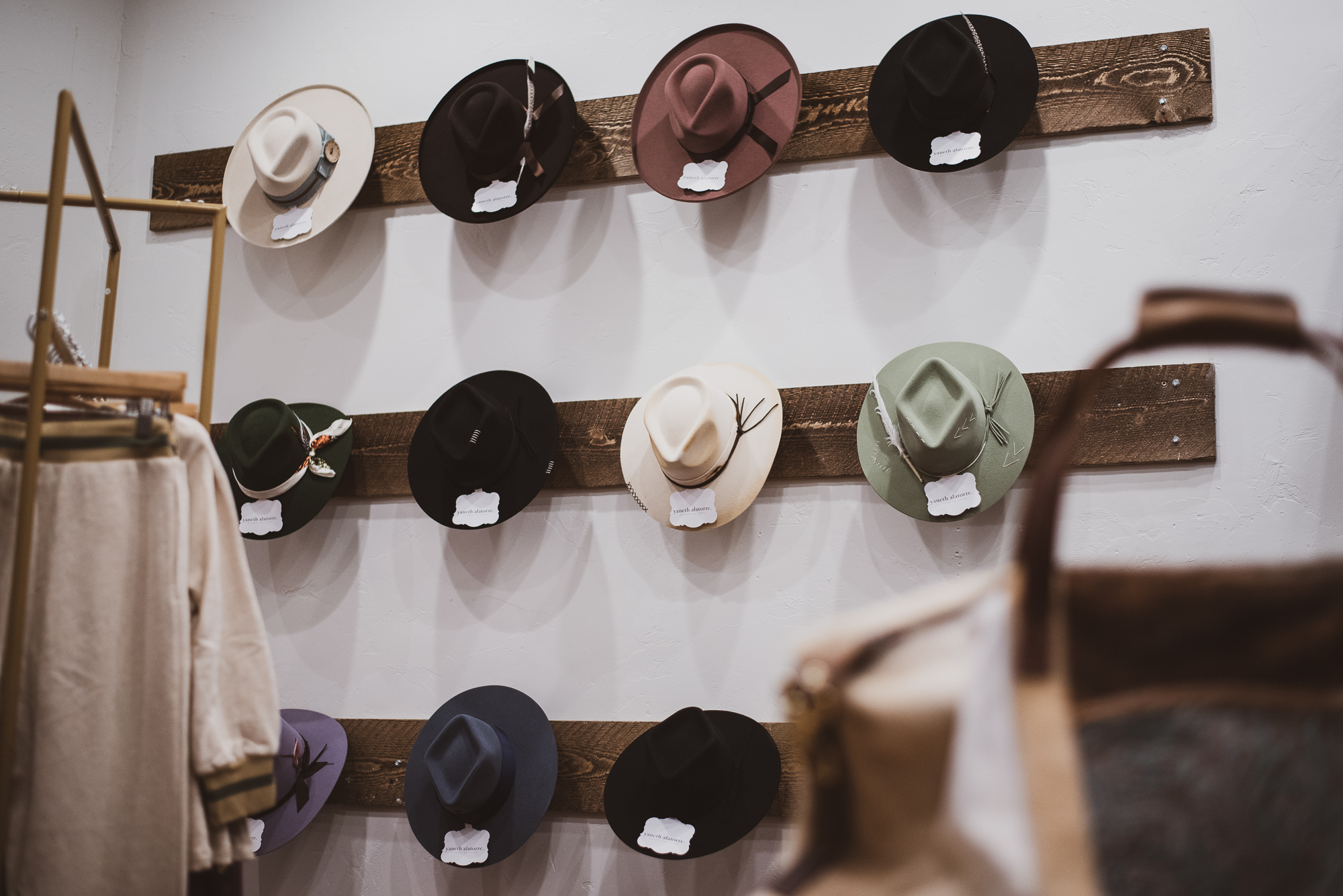 Updated on Nov. 13 2021 to include sponsorship details.