While the streets of downtown Denver were relatively quiet Friday night, The Marquis Theatre hopped with happy feet thanks to Phony Ppl and their opener Kent Washington III. Phony Ppl — originally from Brooklyn, decided to bring NYC to Larimer, but not before Washington left an impression with the low profile crowd. 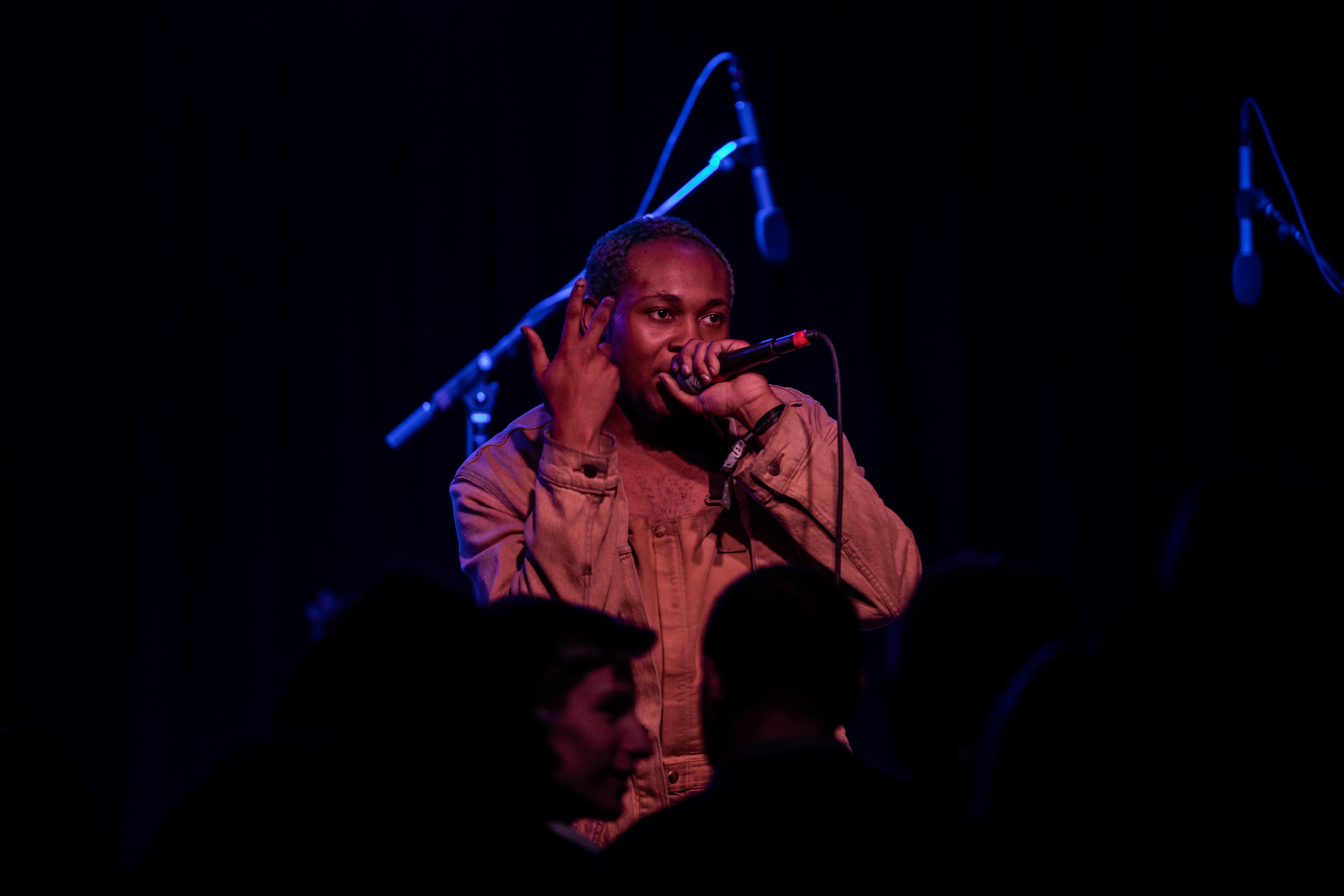 Washington — who previously spoke with 303 Magazine following his UMS performance — is originally from Colorado Springs and has been involved in the music scene for some time. His involvement, based on his past experience as an emcee, a DJ, a poet and an activist, put him at the forefront of the Colorado Springs music industry and allowed him to expand his influence to the Mile High City. He took the opening act title, but his confidence and talent showed how phenomenal he could be as a headliner.

The only disappointment from his performance wasn’t his performance at all, but the lack of acknowledgment from the audience. Maybe it was too early in the set or maybe the performer was too unfamiliar to the crowd but despite the dedication, enthusiasm and passion Washington provided, the crowd wouldn’t let loose until the final songs. 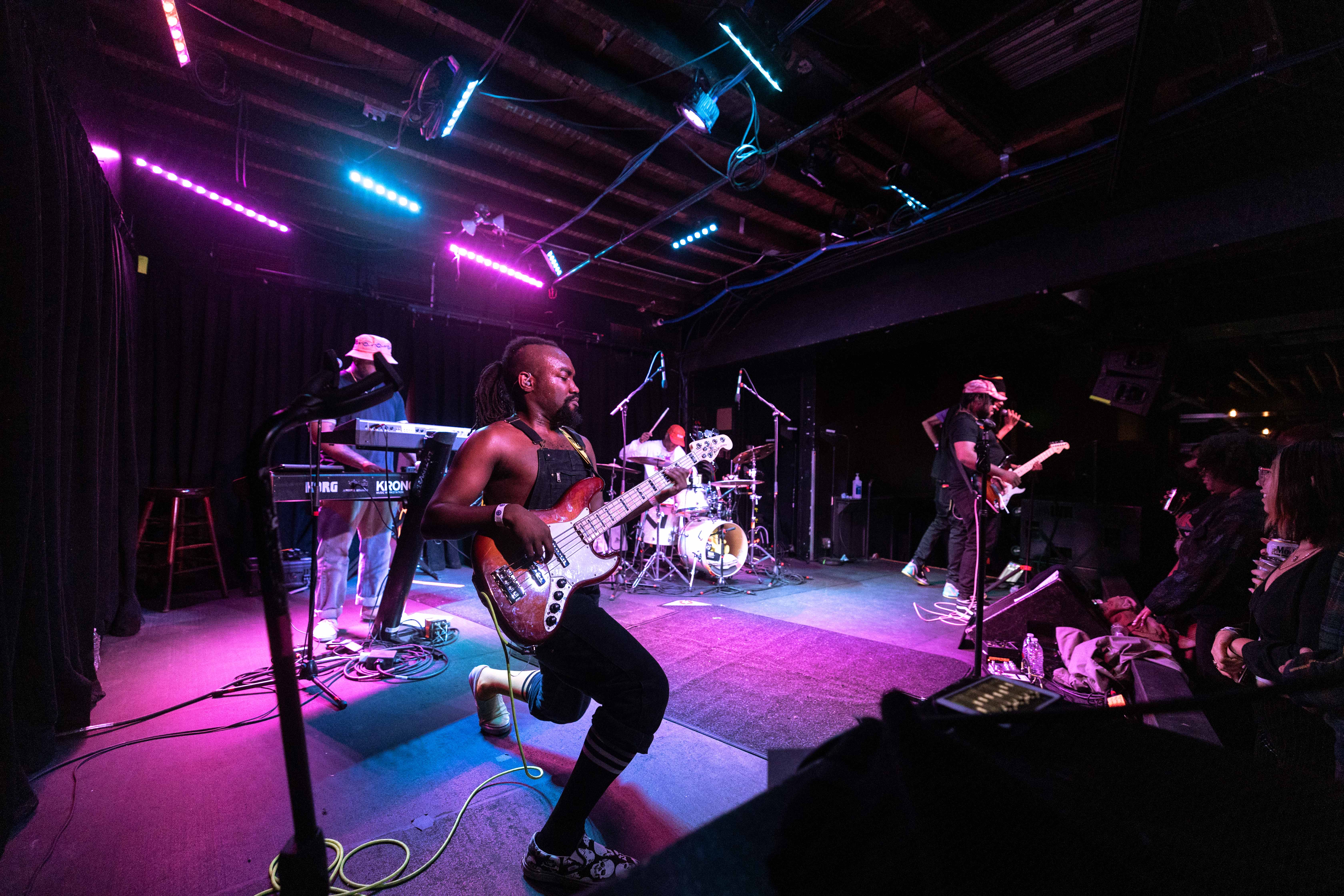 Unbeknownst to them, Phony Ppl had to spend the rest of their set investing in the crowd. Luckily, it didn’t seem like a bothersome task at all, but rather a familiar challenge. Out of the gate, the five-man band burst onto the stage with heavy bass. Right on queue, as lead singer Elbee Thrie emerged from behind the curtain, the audience began dancing. No invitation or encouragement, just an inviting presence that eased the crowd.

The group wielded a powerful yet unintimidating lure throughout their performance. The R&B, hip-hop vibes were delicate and smooth enough to move the crowd without the calamity and aggressive energy of a pit. It must have been at this time that Phony Ppl realized they’d have to pay special attention to their audience as Thrie announced, “Do whatever this music makes you do. Don’t be shy.” 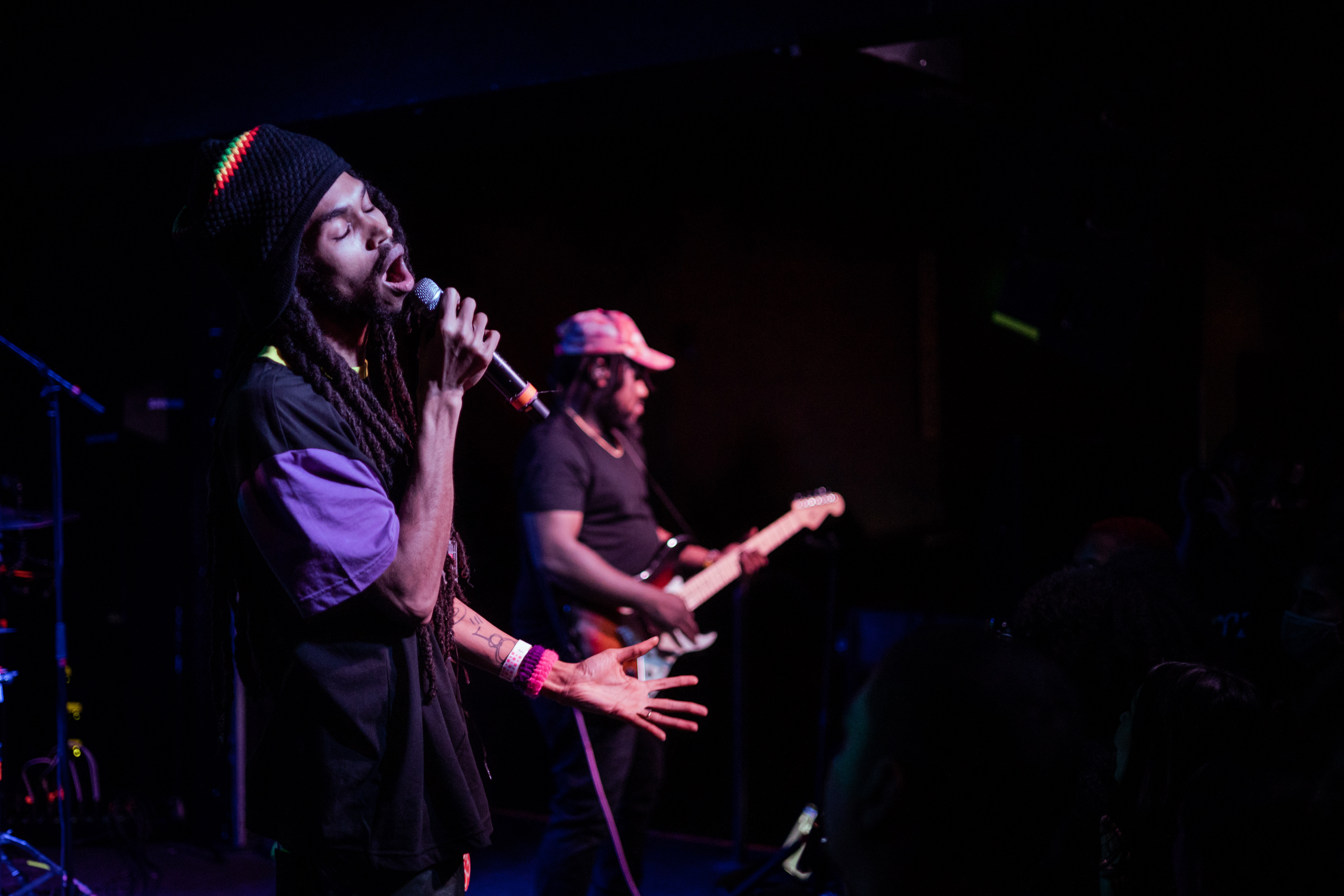 Thrie, of course, was at the heart of the stage entertaining, directing and communicating with the audience. He drew the crowd in with his charisma and sincerity as if he were a personal friend to everyone there. The band made it impossible to feel excluded as they spoke to the front, the back and individuals who showed them extra love.

The way they performed made every song a new experience. Each new song took the time to focus on the individual and instrumentals that made the song what it is. Thrie, however, felt the crowd was reeling themselves back after guitarist, Elijah Rawk, performed a killer guitar solo only to receive a mediocre response from the crowd. Rightly so, Thrie pleaded to the audience to give Rawk the applause he deserved. 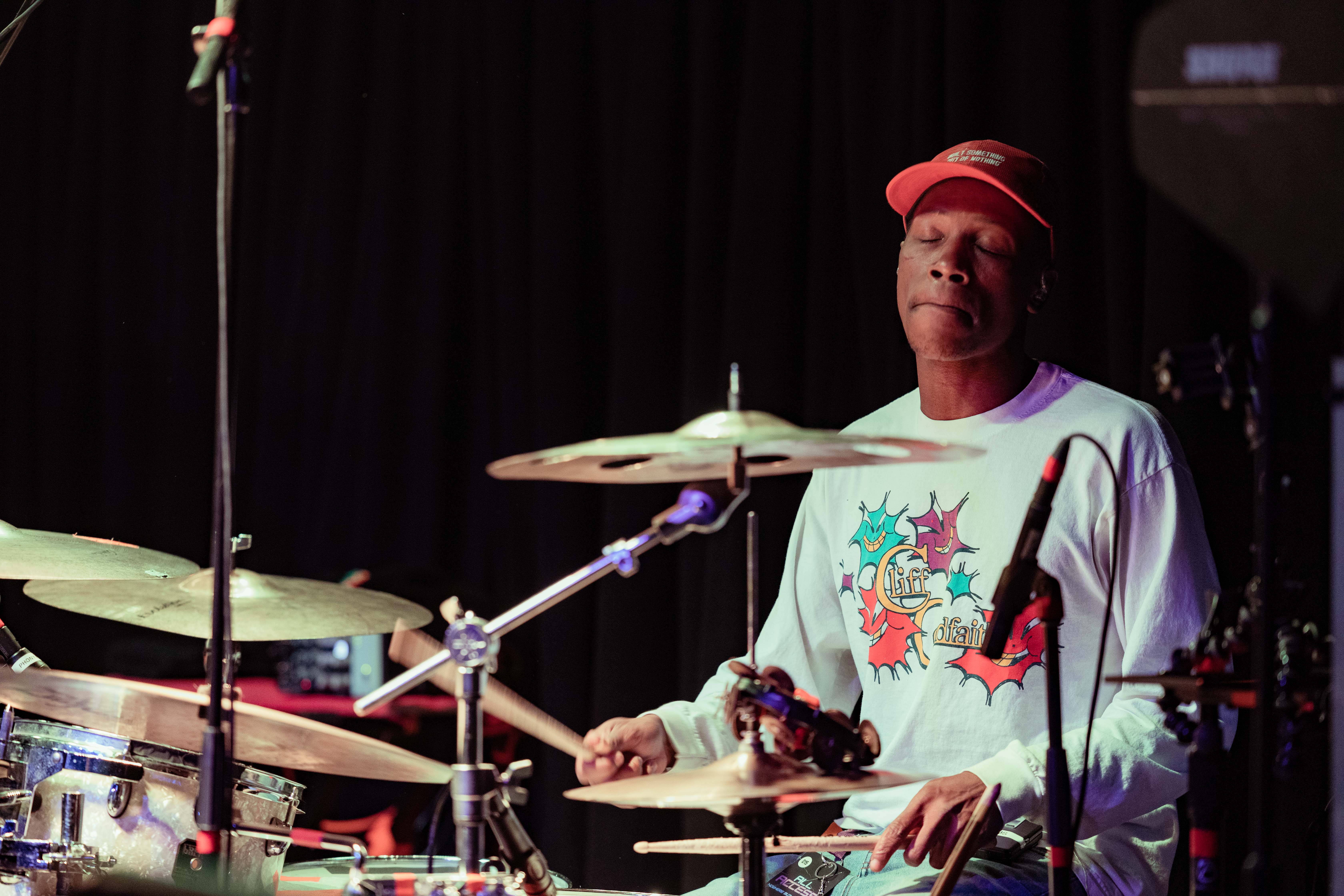 Unfortunately, such was a common theme of the night. The artists deserved a little more enthusiasm than what was shown, but that’s not to say attendees were unappreciative. It was simply a clash of culture — East Coast and Mile High vibes form at different elevations. By the end of the night, any sort of indifference faded away when their outro and most popular song “Why iii Love The Moon.” played. They left the crowd curious as four out five of their members abruptly left the stage and disappeared, leaving only keyboardist Aja Grant to entertain the audience. It was an extensive buildup as one by one the members returned to their instruments. Thrie sang from the back of the venue, sitting on the bar until he eventually rejoined the band and the tempo picked up. 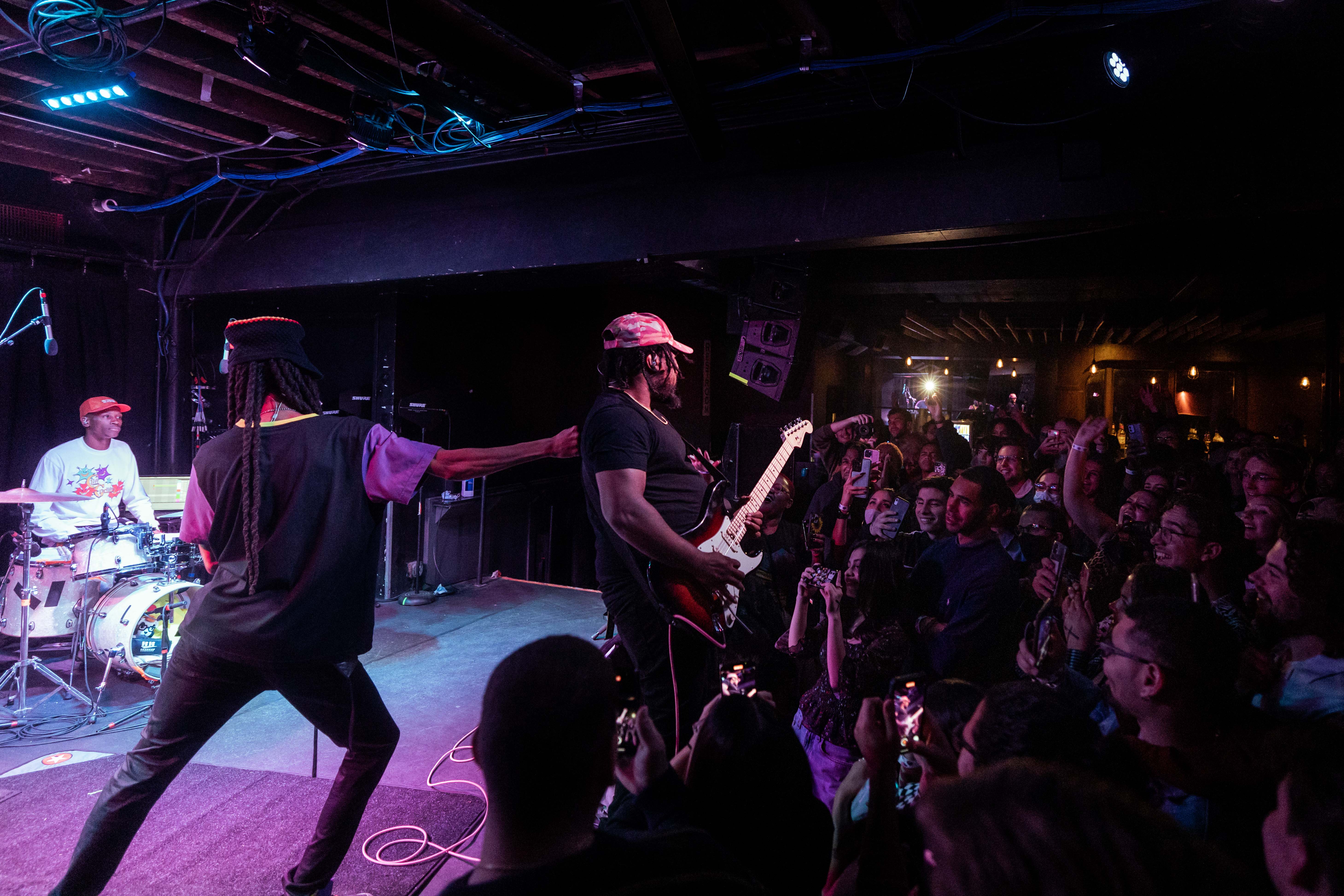 Phony Ppl are as real as it gets when it comes to vibrational authenticity. They were patient and encouraging throughout the night, and never once veered from a successful performance. Although it took some effort to motivate the crowd at times, it’s safe to say that the audience ended the night feeling more East Coast inspired.