Throughout the vast sonic landscape of electronic music, there’s one underlying theme that encompasses the genre – raw emotion. No matter how heavy or light the vibe is, electronic music makes you feel something. Between Broken – the most recent project from Denver-based melodic EDM producer and songwriter, Dabin – whose real name is Dabin Lee – is no different. With influences ranging from folk and indie to punk rock, Dabin’s Between Broken is as intimate as the title suggests. Everything, from the lyrics and the melodies to the cover art and sequencing, provides a peek into the beautiful and often melancholy nature of the human experience. Between Broken is equal parts optimistic and frustrated as Dabin embraces the light at the end of the tunnel while acknowledging the unavoidable difficulties that define a life worth living.

From the opening moments on Between Broken’s first track, the title track of the album, Dabin’s love and appreciation for the guitar become very clear. In fact, many of the songs on the album revolve around the guitar. The six-stringed instrument has steadily made its way into the forefront of electronic shows spanning across all sub-genres throughout the past few years, and artists like Dabin and San Holo are now synonymous with the instrument. However, it wasn’t always that way, as Dabin explained: 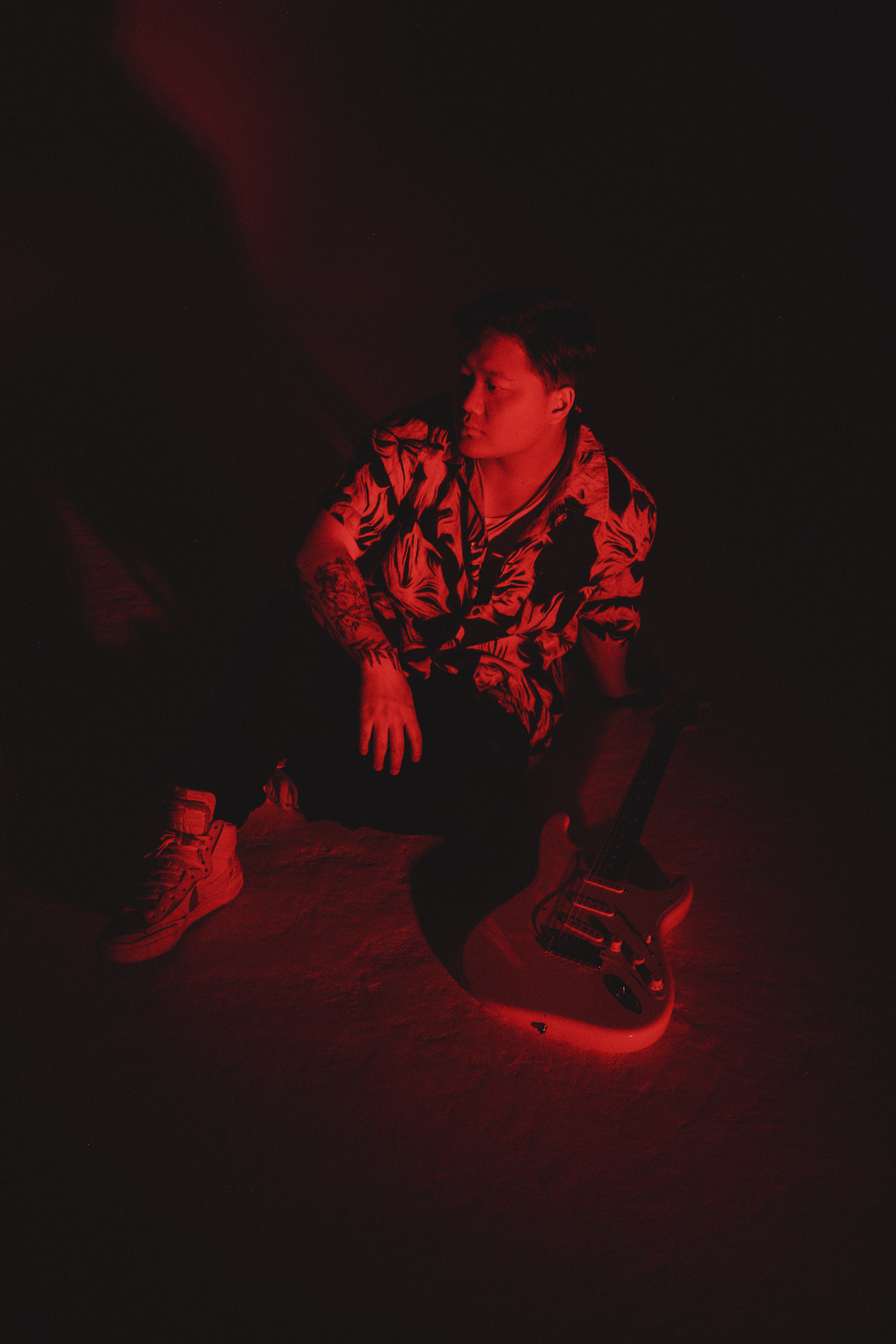 “I remember starting to do shows and my manager was like, ‘it’d be such a cool idea if you brought the guitar in to your live show.’ I’d never really seen anyone do that. So I remember at Electric Forest in 2014 setting up my guitar on stage. We brought an amp and everything. It was awesome and people received it really well.”

Throughout Between Broken, Dabin utilizes the guitar’s unique versatility, creating soothing acoustic melodies on tracks like “Drown” and “Ready,” which also features some math rock-inspired riffs midway through the punk rock, EDM mashup. On other tracks like “Smoke Signals,” Dabin showcases his shredding abilities with a massive solo to close the intimate and catchy breakup song.

This sound isn’t necessarily new for Dabin. He’s spent the past few years honing in on his now-trademark melodic atmosphere and personal lyrics. Now, he’s more sure of his music than he’s ever been.

“The sound that I’ve developed over the past three or four years is the direction that I want to go in. It kind of feels like the first half of my career was more of a learning curve. [At first,] I had no intention of releasing music at all. So I was kind of just thrown into it and learned along the way. I feel like I’ve found my stride now. It feels like it’s just begun and I’m excited to see things grow.”

The sound Dabin is referencing is a fusion of electronic elements and the indie/folk and punk rock music that he grew up listening to. Dabin wears his influences on his sleeve, never worried about showing his inspiration. Take “Hope it Hurts” for example. It’s a pop-punk, EDM fusion about dealing with lost love and betrayal inspired by My Chemical Romance’s “This Is How I Disappear.” 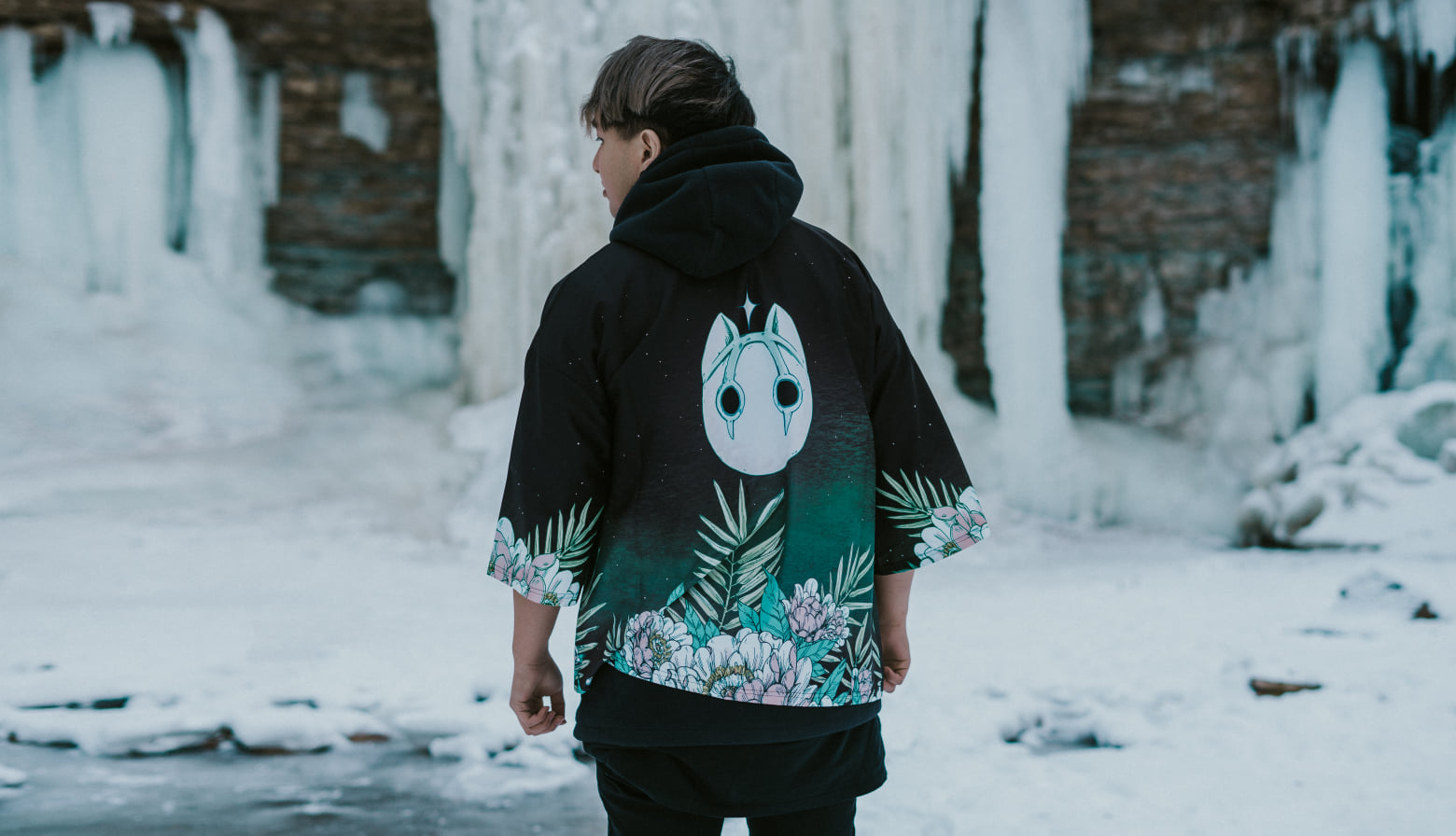 Between Broken is like a year’s worth of journal entries – a little scattered, migrating between feelings of acceptance and loss, optimism and hopelessness. Dabin has always used music as a way to express himself, and this project is no different.

“Creating music has always been an emotional catharsis for me. At the end of the day, if I’m feeling frustrated or I need to let it out, that’s always been the medium that I gravitate towards. I grew up listening to just so much music that was more personal and intimate so it’s not too out of the box for me to also write that music.”

To the outside observer, traditional EDM music often seems intimidating, loud and intrusive. A lot of EDM artists and fans like it that way, but that’s not always the most accessible music for the masses. Dabin enjoys dancing on the line between the contemporary and soothing sounds of indie/folk music, the emotionally charged pop-punk aesthetics and EDM’s expansive sonic palette, saying “it’s kind of fun to bring that level of intimacy into a genre that’s so loud and in your face. I like bridging those worlds together.”

All of these elements come together to create a cohesive expression of life’s confusing twists and turns, and a prime example of the emotional ramifications that follow love and loss. Dabin has experienced plenty of highs and lows on his road to stardom, but he’s been careful not to take these moments too seriously. Big moments – like headlining Global Dance Festival with Illenium and Said the Sky – can often seem monumental at the time, only to fade in the background after a few short days away from the stage. It’s easy to let these things change you in one way or another. However, Dabin is careful to take them in stride, never letting them define him. 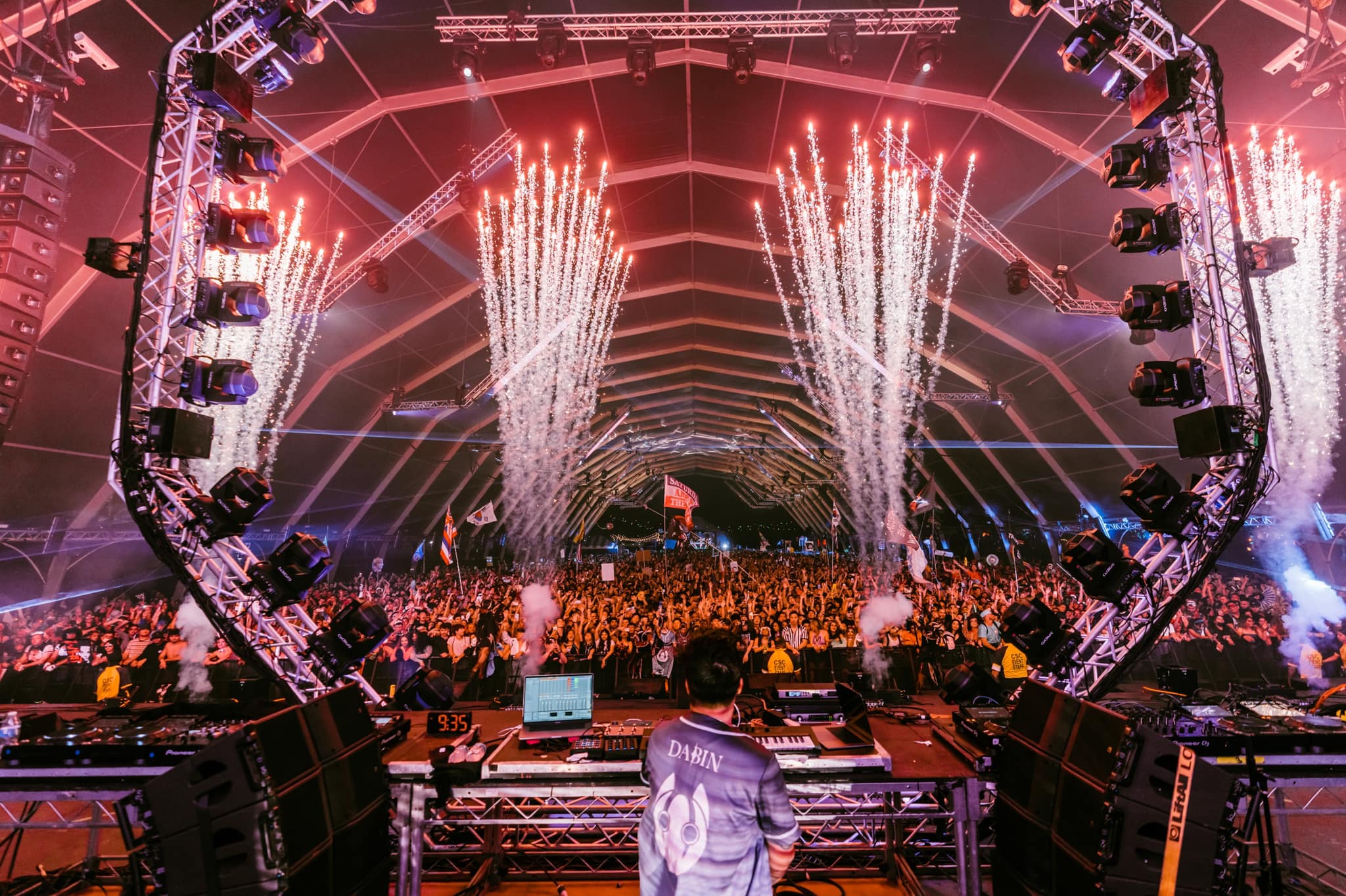 “Life is super volatile. Don’t let these big moments completely change who you are. Just take them for what they are and learn from them. I always go into things, whether or not they’re good or bad, with the most optimistic attitude. I try to learn from it and try to grow from it. I feel like that’s the way I’ve been approaching life in the past few years, and I feel like I’ve become a healthier and smarter person because of it.”

Dabin’s growth seems to go hand and hand with his move from Montreal to Denver two years ago, which marked a turning point in his career and personal life. Prior to this move, Dabin had been consistently touring with Illenium and Said the Sky for a few years. The trio had formed a strong creative bond and friendship over the years and the opportunity to move to Denver, where Illenium and Said the Sky have both lived for years, was too enticing to pass up. They constantly tempted Dabin to join their creative endeavors in the Mile High City, eventually convincing him to take the leap of faith. Of his time in Denver, Dabin had only positive things to say.

“Being able to surround myself with like-minded people and creatives that think similarly to me, and make music that’s similar, has been a huge turning point in my career in the past two years… I feel like everyone in the Denver music scene is so open and supportive. It doesn’t feel so cutthroat. There’s room for everyone to grow and thrive.”

Dabin’s relationship with Said the Sky and Illenium would prove to be especially beneficial during the global pandemic, which prevented the trio from embarking across the country in a tour bus. Luckily, the three friends made the best of their time away from the world, hanging out and recording music for much of that lost year. 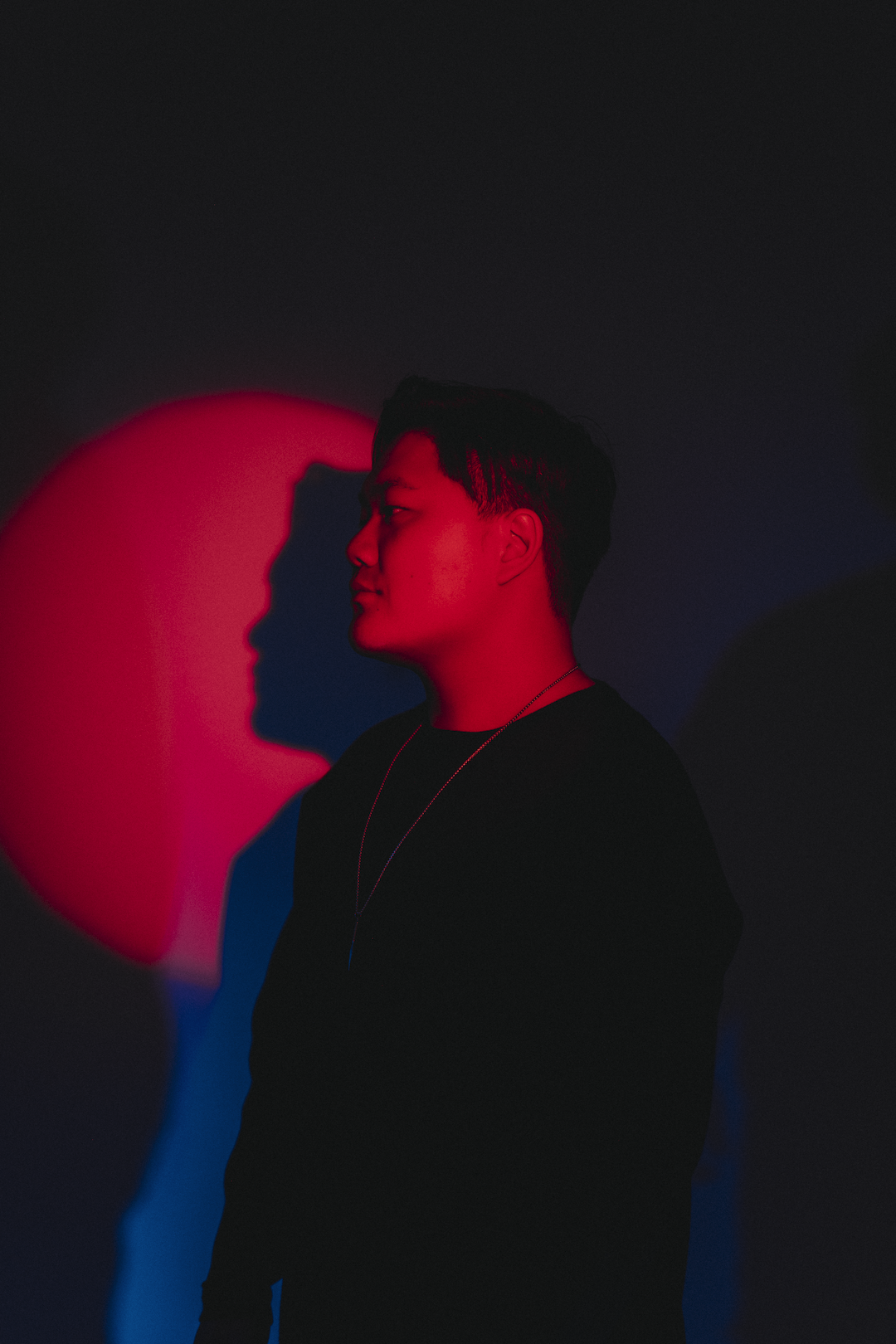 Contrary to the traditional, inherently negative quarantine experience that most of the world underwent, Dabin didn’t struggle too much with isolation. He’s a true introvert at heart, and the opportunity to have the studio all to himself for a full year was enticing. He certainly made the most of it, recording the bulk of Between Broken during the last two years.

Between Broken is a byproduct of an isolated mind and a unique, deeply intimate example of intense self-reflection that can only be achieved in a world of silence.

“Most of the album wasn’t influenced by things that happened during quarantine. I had so much time to think during quarantine that Between Broken is more like a self-reflection on things that have happened throughout my life. I’m pretty introverted and I like being at home and working on music. So it was like the perfect opportunity to do that.”

After spending a few months isolated from the rest of the world, Dabin found a connection between all the songs he’d been making. Between Broken became clear.

“The whole concept of this album was very much about taking the broken pieces of yourself and putting them back together.”

Sonically, lyrically and artistically, that’s exactly what Dabin accomplished. Between Broken is a double-edged sword, finding happiness in dark times and struggles during the brightest moments. From the surprisingly optimistic and theatrical “Drowning” to the final moments on the lush, climactic closing track “Feel Like,” Between Broken is a message of hope, and an acceptance of grief.