The Denver Film Festival (DFF44) is back for the 44th year in a row. After last year’s festival took on a fully virtual format due to COVID-19, this year was able to transform into a hybrid of both in-person screenings and events with virtual experiences.

The festival, starting on November 3, runs through November 14 for 12 full days of film screenings, premieres and more from filmmakers both national and international. The first evening will feature a red carpet premiere of SPENCER directed by Pablo Larrain, courtesy of NEON. The film follows the life of Diana Spencer as she navigates life in royalty, a failing marriage and her fateful ending.

READ: Our 9 Favorite Films From The 2019 Denver Film Festival 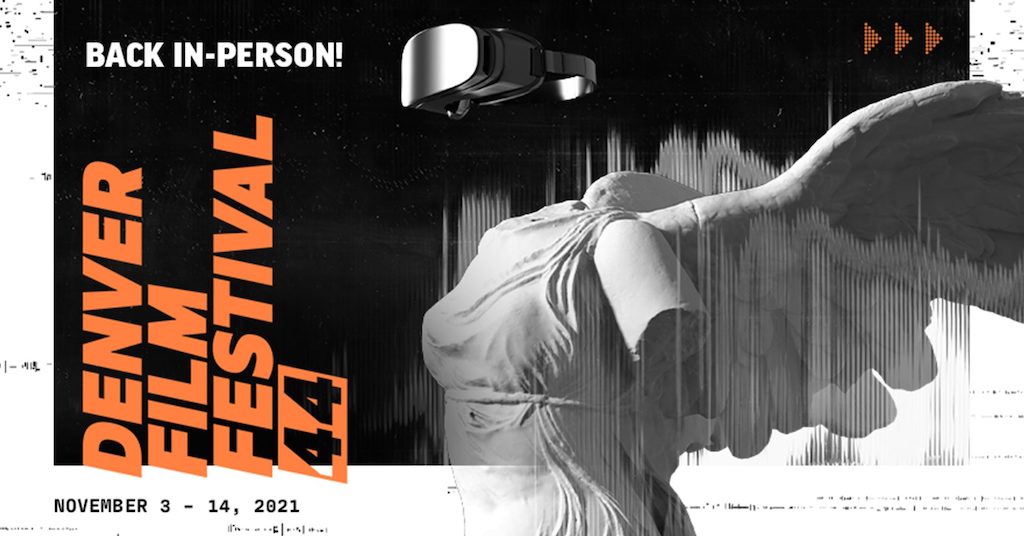 “We’re excited to welcome audiences, both in person and virtually, to explore the best in contemporary cinema from the past year, and take an in-depth look at the art of film as it reflects life across our world. From films created during and about COVID, to the romantic, familial and friend relationships, both healthy and strained, and the tactile connectivity of our virtual reality and immersive experiences, there is tremendous diversity in this year’s storytelling lineup of narratives, documentaries and shorts. And, most importantly, there is a coming together to share those experiences, conversations and growth,” said Matthew Campbell, Denver Film Festival artistic director.

As the festival returns with in-person events, it will offer film screenings at venues such as Sie FilmCenter, Denver Botanic Gardens, Ellie Caulkins Opera House and more. The festival will continue to offer virtual programming online or by downloading the Denver Film App for Roku TV or Apple TV. The festival delivers a range of tickets for virtual screening experiences that are set to sell out – so make sure to snag those tickets fast.

“As fortunate as we were to continue our festival tradition in a mostly virtual format in 2020, the heart and soul of our work is centered around the communal experience,” Campbell said.

Throughout the 12-day festival, 233 films will be screened, including 140 feature-length films, music videos, shorts and more in-person. There are five red carpet events planned that will take place at the Ellie Caulkins Opera House at the Denver Center for the Performing Arts, as well as immersive experiences that will take place at the Festival Annex that is hosted within the McNichols Civic Center Building. Tickets for in-person events can be purchased here.

Along with the myriad of film presentations, Denver Film Festival has also announced its films in competition that are facing off for awards.

These six films are in the running for this year’s Krzysztof Kieślowski Award.

Ballad of a White Cow: A film of how a woman learns that her husband is innocent of the crime that he was just executed for and its aftermath. Directed by Behtash Sanaeeha and Maryam Moghaddam.

Clara Sola: A film about a sexual awakening, empowerment and roles within society. Directed by Nathalie Álvarez Mesén.

Drive My Car: Yusuke Kafuku, lost after the death of his wife, is offered to direct a play and is chauffeured by a reticent woman who brings him to confront his hauntings. Directed by Ryūsuke Hamaguchi.

Unclenching The Fists: A family deals with complicated feelings, traumas and plans for independence. Directed by Kira Kovalenko.

What Do We See When We Look At The Sky?: Love is in the air, but what happens when evil forces are at work? Lisa and Giorgi try their hearts at love and fate. Directed by Alexandre Koberidze.

These six documentaries are up for this year’s Maysles Brothers Award.

All These Sons: Two men deal with creating a community-based, self-help program to help heal youth in Chicago’s South and West sides. Directed by Bing Liu and Joshua Altman.

Ascension: This film explores the increase of China’s class divide with commentary on consumerism, wealth and labor. Directed by Jessica Kingdon.

Atlantide: This film follows a young man’s growing obsession with being a record-breaking barchino, with the cost of losing relationships, habits and the environment around him. Directed by Yuri Ancarani.

The Devil’s Driver: Hamouda and his cousin Ismail work as Bedouin drivers that smuggle illegal workers over the border, risking their lives every single day. Directed by Daniel Carsenty and Mohammed Abugeth.

Procession: This documentary feature film follows the lives of six midwestern men who faced the wrath of the Catholic church and sexual assault from priests and clergy, and their push against the system. Directed by Robert Greene.

The Taking: An examination of Monument Valley’s representation in cinema and advertising how a site in the sovereign Navajo land came to embody the “Old West.” Directed by Alexandre O. Philippe.

As Of Yet: This feature film follows Naomi as she navigates being locked down with a problematic roommate during the Coronavirus pandemic. Directed by Chanel James and Taylor Garron.

Catch The Fair One: Follow the story of a former champion boxer who goes on the journey to find her missing sister, featuring Kali “KO” Reis, the first Native American woman to win a major world title in boxing. Directed by Josef Kubota Wladyka.

Poser: Lennon Gated meets Bobbi Kitten and forms a friendship that spirals into an obsession as Lennon struggles with identity. Directed by Noah Dixon and Ori Segev.

Queen of Glory: This film explores the story of Sarah Obeng, the child of Ghanaian immigrants, whose life goes from PhD program to inheriting a Christian bookstore in the Bronx. Directed by Nana Mensah.

Tahara: Carrie Lowstein and Hannah Rosen have to navigate their friendship possibly turning into something more while dealing with matters of faith, sexuality and teenage growing pains. Directed by Olivia Peace.

We’re All Going To The World’s Fair: A shy teenage girl become enthralled with an online role-playing game, that leads to dark and terrifying matters. Directed by Jane Schoenbrun.