Did someone say October?

After going virtual due to the pandemic, Victorian Horrors is returning for in-person showings at the Molly Brown House Museum until October 30.

Restored and preserved by Historic Denver, the Molly Brown House is named after the famous Titanic survivor, Margaret Brown, who owned the house with her husband, JJ Brown, in 1894. Historic Denver was founded by a group of concerned locals in 1970; when the house was proposed to be demolished, the nonprofit fought to save and restore it into a museum. Since then, they’ve gone on to preserve and restore Denver landmarks.

Actors from the Denver metro area will perform from classic literary tales for guests in each room, averaging 10 minutes per performance. Jim Hunt, a local actor from Fort Morgan who’s been acting for over 30 years in Denver and at the museum since the ’90s, is happy to see in-person performances return after being virtual last year. At 6 p.m. on October 21 and 22, the museum will offer accessibility-friendly performances in-person for disabled attendees.

“As we honed it over the years, we realized that we were not trying to compete with haunted houses. Instead, we were almost like an immersive event,” he said. “We knew that our audience are not people who came to have things jump out at them, but literary people who like to read and be read to.” 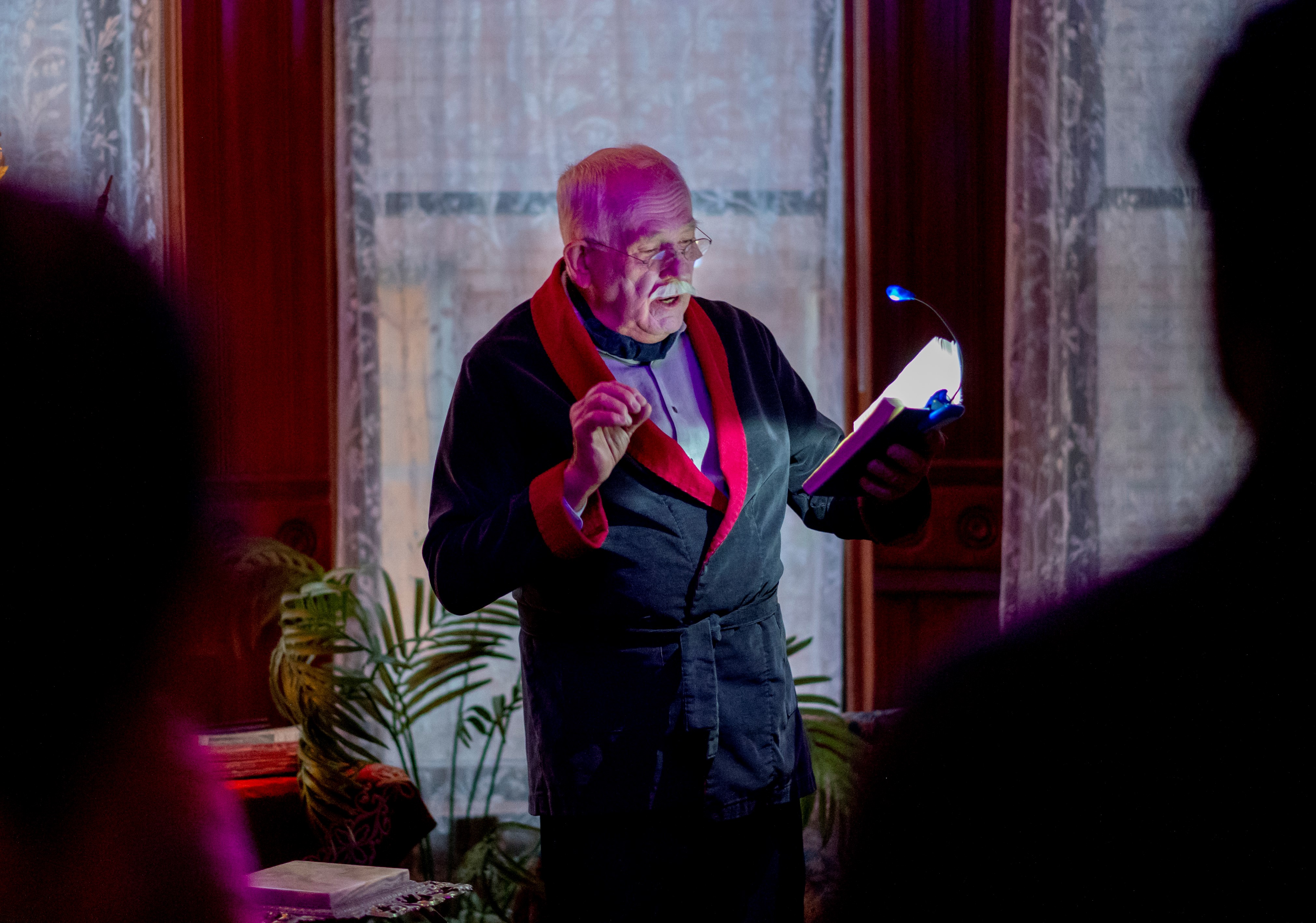 Performances will include readings from stories like Frankenstein and H.G. Wells’ Flowering of the Strange Orchid as told by Jim Hunt.

“It’s exhausting but what keeps me coming back is it jazzes me and gives me the Halloween fix. It’s this magical place to do this magical thing and I look forward to it every year,” said Hunt.

Tickets for Victorian Horrors are on sale now, purchase here.

All photography courtesy of Historic Denver.