All photography provided by The Crooked Rugs. Photo by Mckenzie Tharp

In Northern Colorado, there has been an influential music scene not so quietly brewing. From pockets of this blooming musical hub, we have seen the rise of many notable acts who have spread their influence south to Denver like ZEMBU, The Yawpers, and Slow Caves. Now, it is time for the psych-rock part of this scene to take center stage. Their offering comes in the way of a quintet that has produced one of the most solid and impressive albums of the genre that has graced the front range. The name of this act is The Crooked Rugs, and they are not a group to soon forget.

With The Crooked Rugs just having released their album IT! at the beginning of 2021, they have created the perfect follow-up released at the end of the year in THAT! Both projects are impressive as separate pieces, but in tandem, they show the capabilities of a band that is exploring what sonic lane best suits them. IT! demonstrates what The Crooked Rugs can do in a more freeform package with a wide array of expertly crafted songs that evoke a plethora of psych-rock influences. THAT! comes across as the opposite, as it displays how the band can harness a singular sonic idea and ride it for a nearly forty-minute runtime. Both are solid offerings, but it is THAT! which makes the band truly shine. 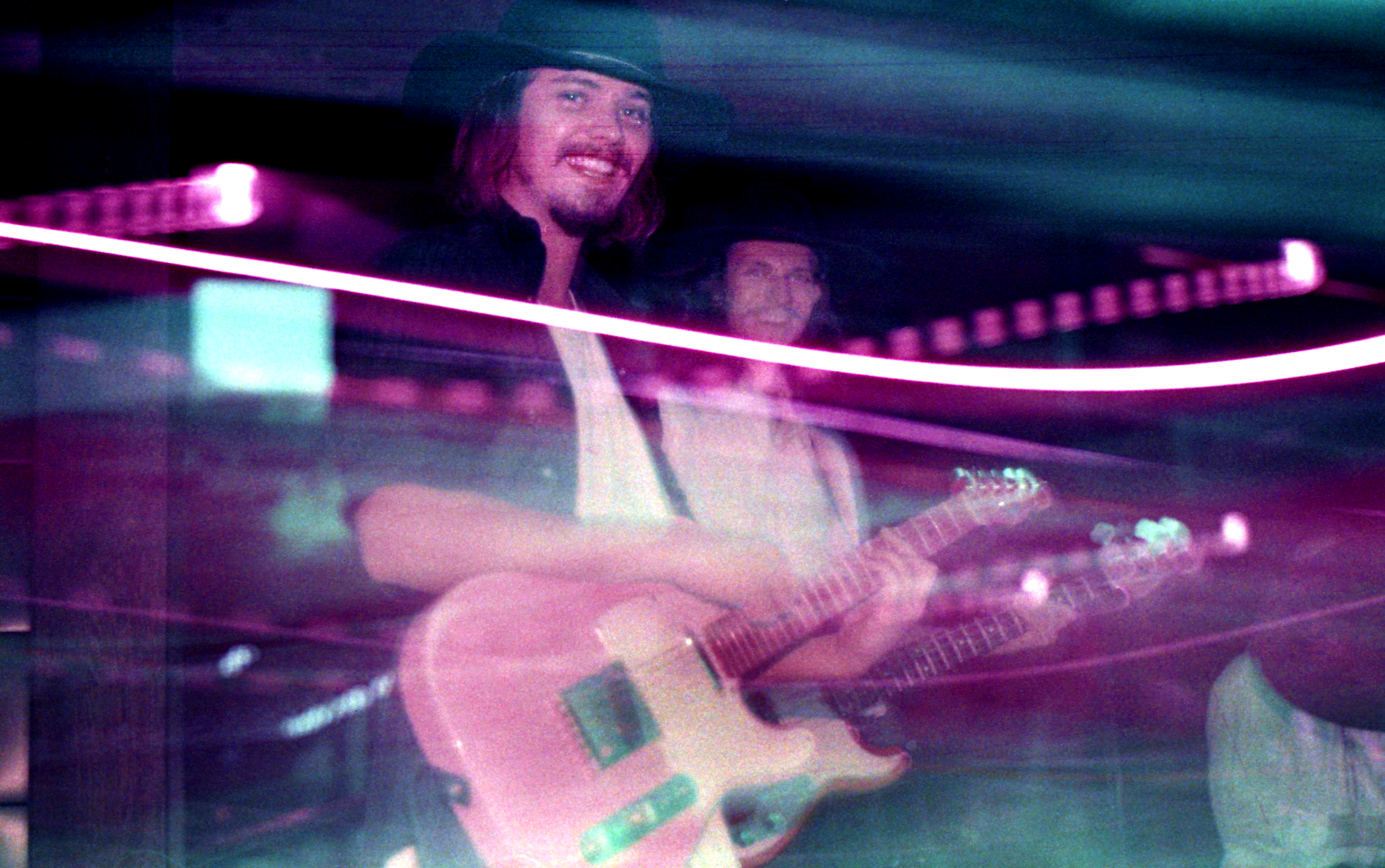 Photo by Mckenzie Tharp. Courtesy of The Crooked Rugs

Starting off with a bang, THAT! is instantly gripping with its grandiose track, “ATK.” Here, a powerful guitar groove sets up the tone and expectation for the entirety of the album with its infectious progression that permeates the track. This leads into a one-two punch as the song seamlessly transitions into the equally electric “Brain Squash.” Evocative of something heard off a King Gizzard and The Lizard Wizard album, “Brain Squash” introduces the vocal style of the record with an often drony and fuzzy singing that works perfectly for the medium. This vocal intertwines with guitars and strings to build a tension-filled section that circles back in on itself. It is almost as if the song is giving us a glimpse of a parallel reality, as it ends by replaying its intro but then leads into the third track, “Big Groove.”

Coming into the third track off of the album, there is the solidification of experience that makes the journey of listening feel gratifying. To this point, everything is wrapped up in a nice bow, but then the cohesion is stifled by the lack of interconnectivity when moving into the fourth track, “Everything You See.” The track itself gives more to love, but it is a shame to not see the powerful unity of songs on the album continue. This does not detract from the songs individually but marginally weakens the album listening experience for those who were longing to see how the band could tie it all together. Overall it is a minor blemish, but in no way hurts the music itself and instead calls for an internal reframing of what the album is meant to be. 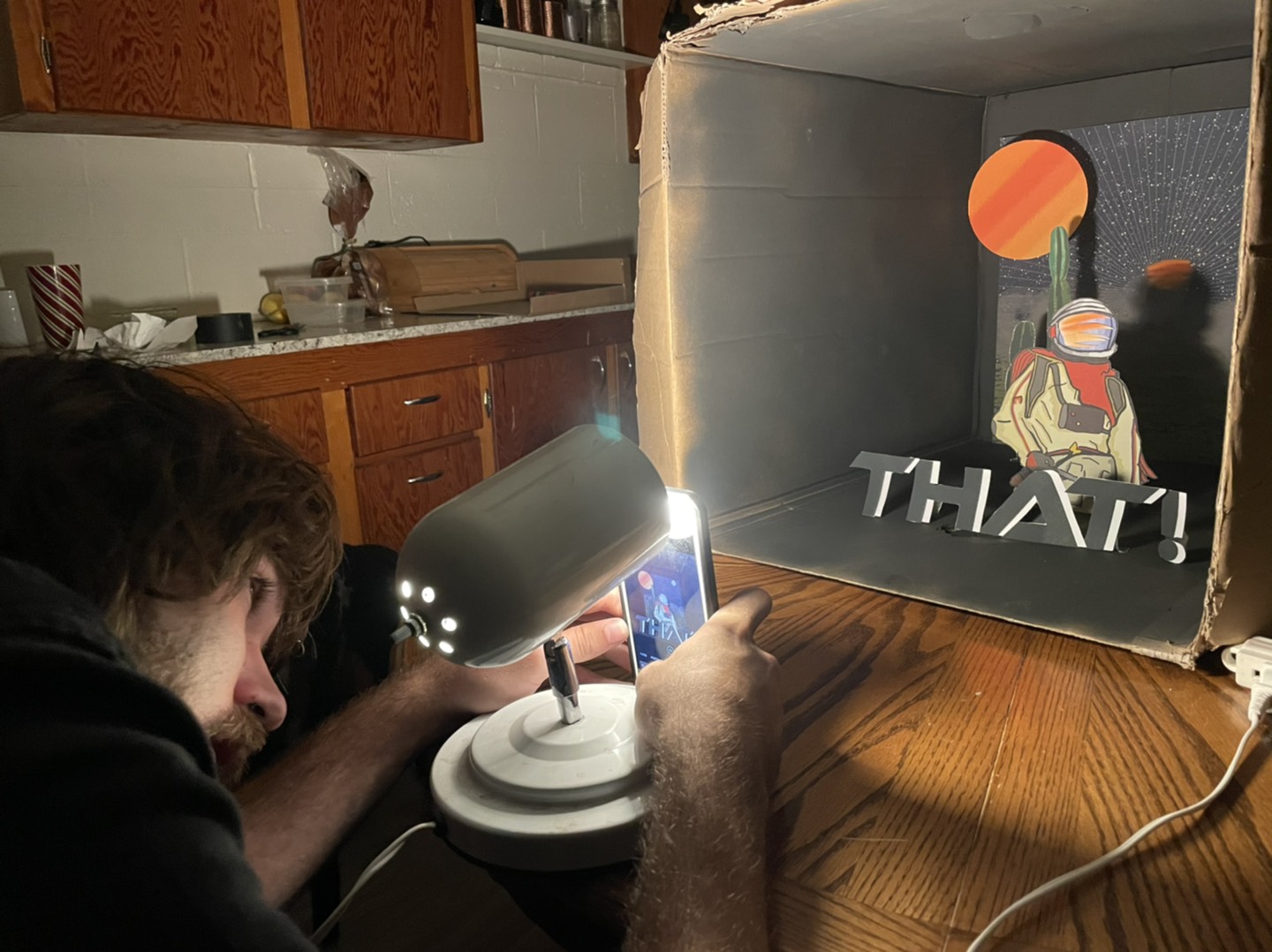 Making of the THAT! album cover

After the reprieve from high flying energy in “Jams To Fall Asleep To,” the album wakes back up into what is potentially the most memorable song offered with “The Golden Cow.” This track serves as the turning point in the album, with a catchy interplay of strings, lead, and backing vocals that sticks to the walls of the mind with ease. It departs from the original electric charged formula presented in the opening and instead evokes that freedom of running through a field of flowers and golden sunlight that is reminiscent of the ’70s and ’80s psych-rock. The ability to go multiple directions and make it work is what comes across as most impressive about The Crooked Rugs. Even if these moments detract from a greater sense of continuity, songs like “The Golden Cow” are the anchoring moments on the record that remind the mind weeks later that this is a work worth listening to.

Returning for a final coup de grâce, “Slugface” is the electric cherry on top of the record that sends listeners off in the same way that they came in. The Crooked Rugs turn the volume up well past eleven with a medley of vibrant moments that feel like jet fuel in your ears. All this is backed by prominent and pounding percussion work that fills every drop of silence with bombastically forward high hats. Either oddly or intentionally, the song ends up feeling more akin to a track heard on their first record, IT! This makes for a compelling back-to-back listening experience that ties the albums together well.

It is impressive to see how far The Crooked Rugs have come in less than a year’s time between their two album releases. It seems like they are honing in on the sonic identity that they want to be known for, and doing it in a way that their contemporaries should take note of. This act may have technically been together since 2016, but their full roster has only been solidified for about two years. In that time, the band has created two incredibly poignant offerings that could satiate any psych-rock diehard locally or worldwide. It remains to be seen if they can continue their streak of heavy-hitting records, but all signs point to the answer to that question being a resounding yes.