For one night, Princess Nokia ran a monarchy over Cervantes’ Masterpiece Ballroom. The forward-moving, electric current felt in the rapper’s assured bars permeated every person attending. The energy vibrated through the space, palpable enough to blow the speakers, but luckily, it did not. Had they, the audience still would have been right along for the ride, hanging on her majesty’s every whim. 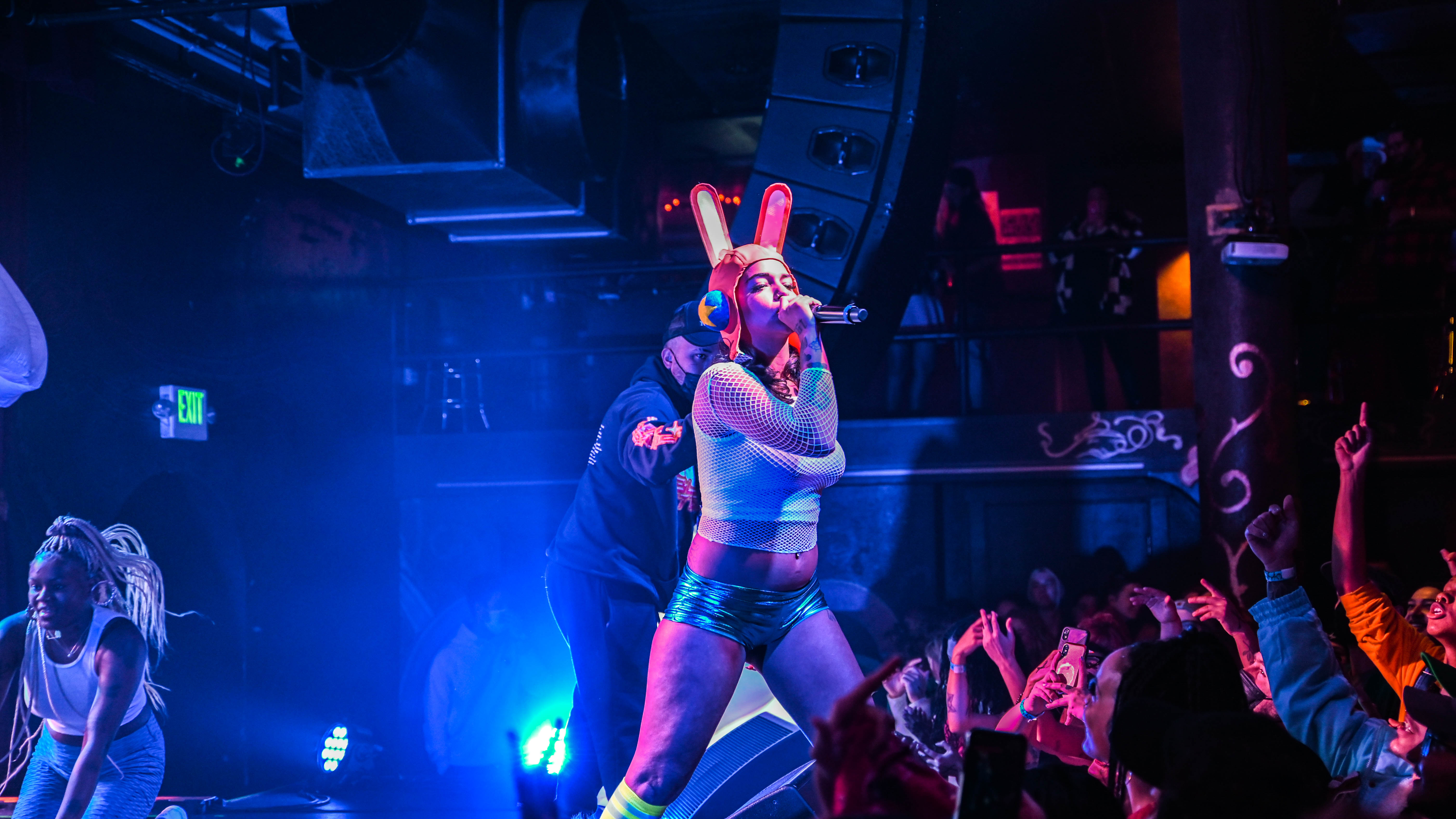 Princess Nokia’s touring partner Dounia opened the show. The young acid-popstar warmed up the crowd with airy, borderline breathless vocals that caressed her dreamy lyrics. Deep, pulsing beats and trippy bass lines kept the intrigue up for the short set. The crowd was ready as soon as Princess Nokia hit the stage hard with “Sugar Honey Iced Tea (S.H.I.T.).” The audience’s feet barely graced the ground for the first three songs.

Despite her song asserting, “boys are from Mars and girls from Venus,” every sexuality and gender expression was welcomed into Nokia’s world. “The weight on my shoulders of being a gay icon,” she said in feigned exasperation. Getting serious, she added, “I see so many versions of myself in so many people here.” Her audience was as varied and flamboyant as Nokia’s discography. As she put it, every album was represented in the crowd. 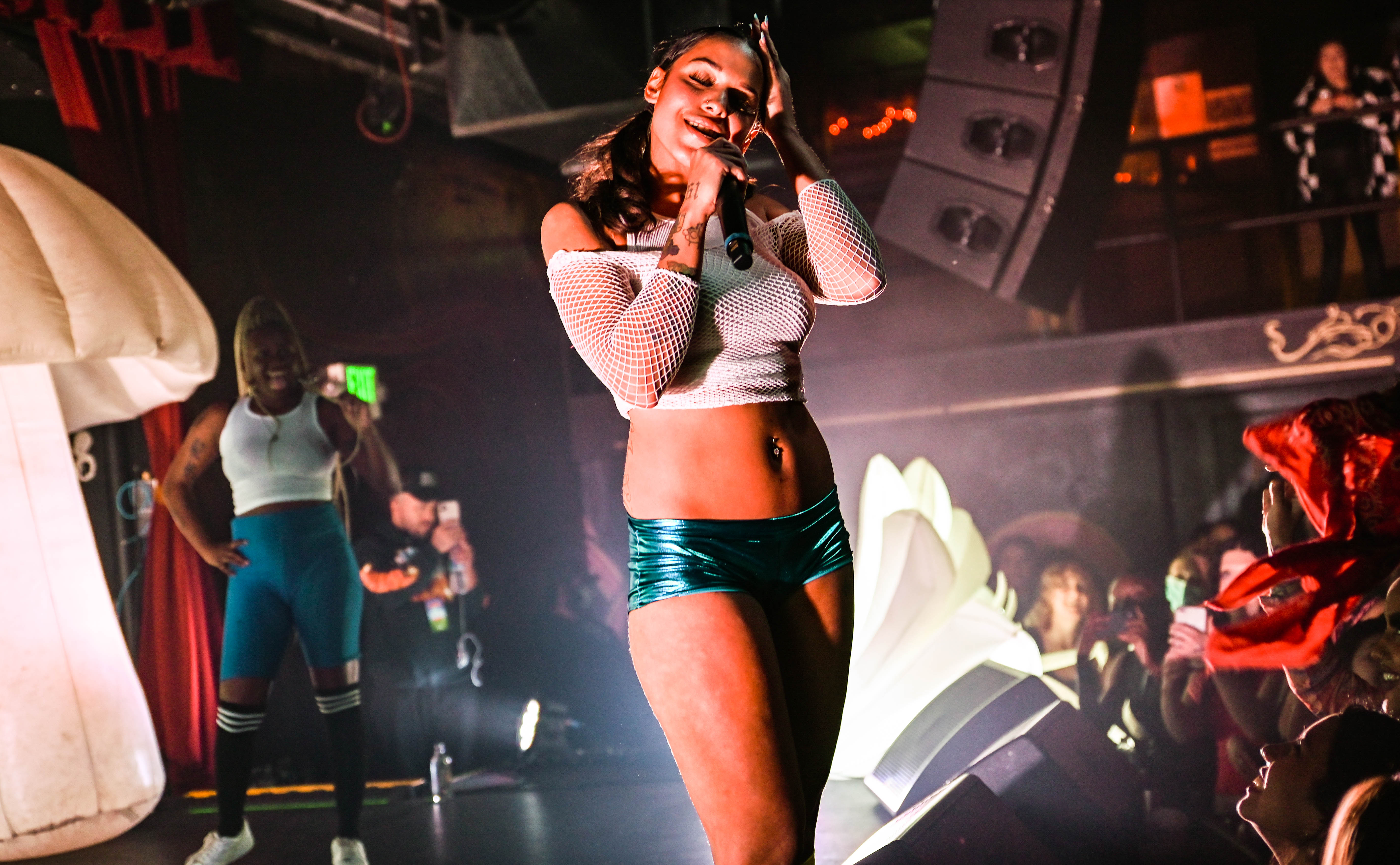 The reigning Gemini queen supplied duality abounding — one moment the audience transpired on Venus, the next they were firmly planted in the rapper’s roots. It is this dichotomy the rapper has been playing in since releasing the parallel albums Everything is Beautiful and Everything Sucks. The concept of two played out beautifully in her performance. Nokia terraformed the stage into her sex-positive planet full of bulbous mushrooms and flowers where no one’s bodily autonomy could possibly be revoked or threatened. Within the otherworldly charm, the “anti-pop”  pop star brought her subjects back down to earth, specifically her vision of New York City. The concrete playground she grew up in left its mark on Nokia, especially her Afro-Indigenous heritage. She carries the city with her, letting her fans see parts of her they never knew. Like a gift, that level of transparency made the performance feel deliciously intimate.

It is the uncanny ability of Princess Nokia to be able to completely cut her backing tracks and have an entire room arrested by her naked rapping. At these points, the show donned a spoken word facade that entranced just as well as her high-energy anthems. The effect was a show that came in waves, but even the most novice concert-goer could ride it. 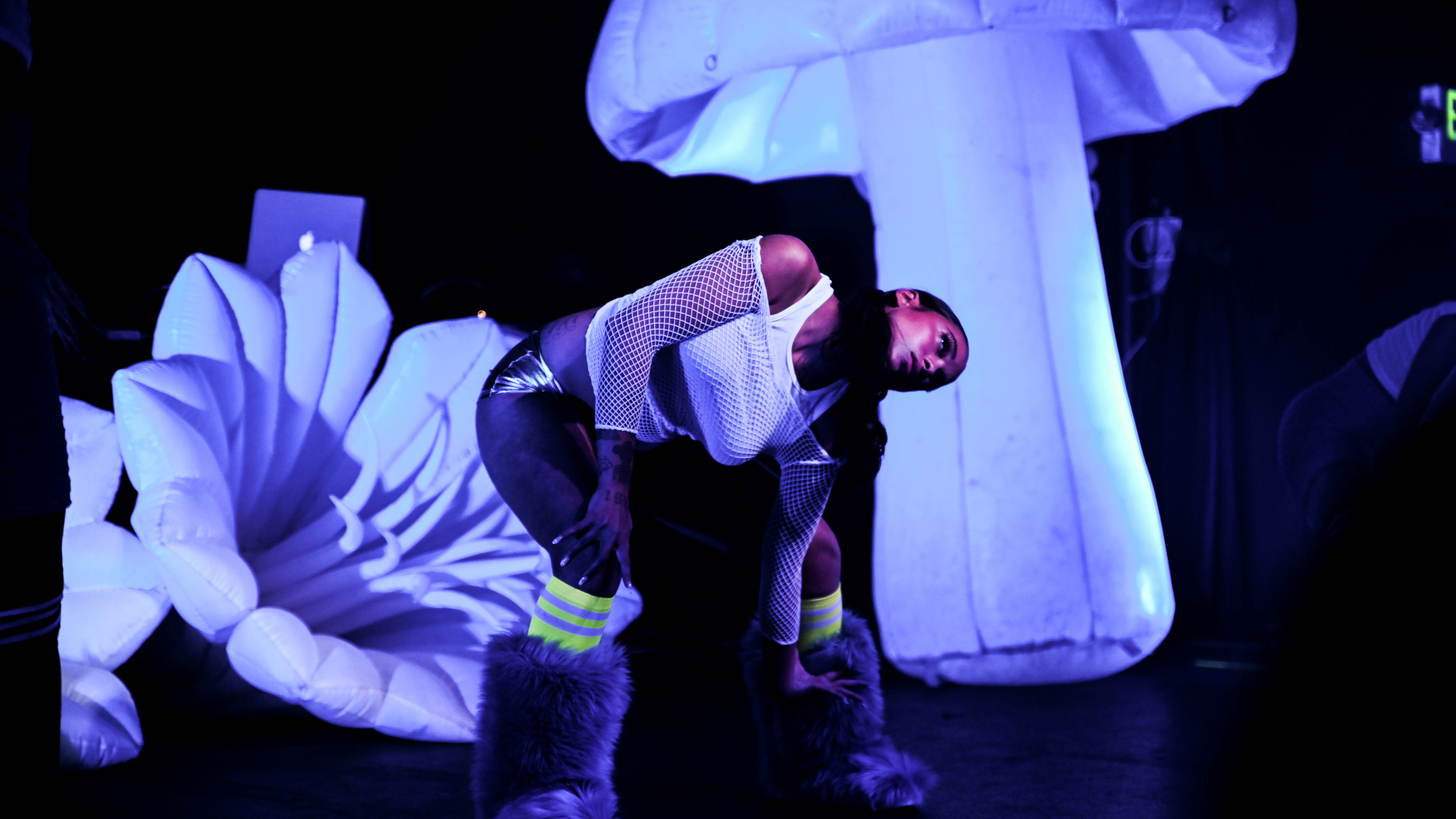 Princess Nokia’s history as an independent artist pervades every inch, fissure and cut of her music. She is homegrown from the soil she laid herself. Her songs are unapologetic in their singularity, unafraid to pitch herself off a cliff for a new sound. They come from her heart and are performed from her gut. She is not just one but the artist at the forefront of counterculture.

With fists clenched and a power radiating from her stiff posture, Nokia made unnerving eye contact with her crowd, challenging them to look away. She resembled a woman possessed but whatever spirit did so took the audience in stride — like a threat they were in on and into. Her choice to end on “Harley Quinn,” the opening track of Everything Sucks, was the perfect ending to the controlled chaos of the night. 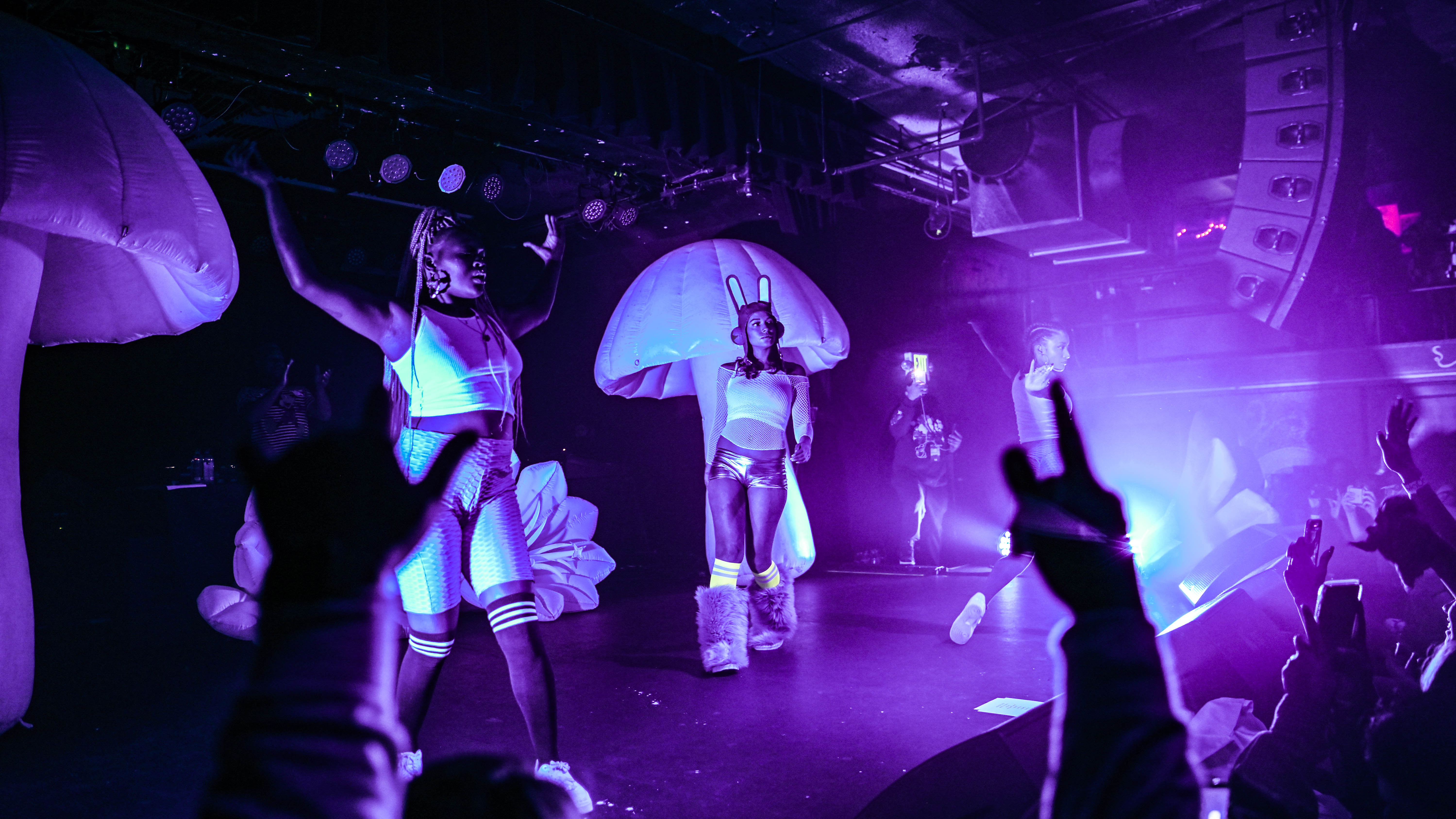