Chicano Batman graced the stage of The Gothic Theatre Thursday night in support of their latest release, Invisible People. The band, now in its thirteenth year of playing together, stopped by Denver for the third night of their 24-show tour. But, before the headliners played, the evening’s opener — Angélica Garcia, took full command of the stage and the attention of the audience. The singer-songwriter first gained national attention when former President Barack Obama chose her song, “Jícama” as part of his favorite songs from 2019.

The 27-year-old was enthused to be playing live with a band again but it wasn’t until she was solo on the stage, when the magic truly started. She was a one-woman show once the spotlight hit her. During one of her songs, the singer managed to create a choir with her own vocals and the help of her vocal looper. Her fusion of alt-rock, reggaeton, and Latin pop created a musical environment rich with cultural homage, making her appearance all the more enjoyable having played before Chicano Batman.

Now, some musicians make it a point to introduce themselves and make conversation between songs. It’s a good way to build a rapport and perhaps an opportunity to loosen up — for both fans and the artist themselves. And then there are other musicians like, Chicano Batman who just want to play their music no small-talk, no-nonsense, just the music they write played to the people who want to hear it. 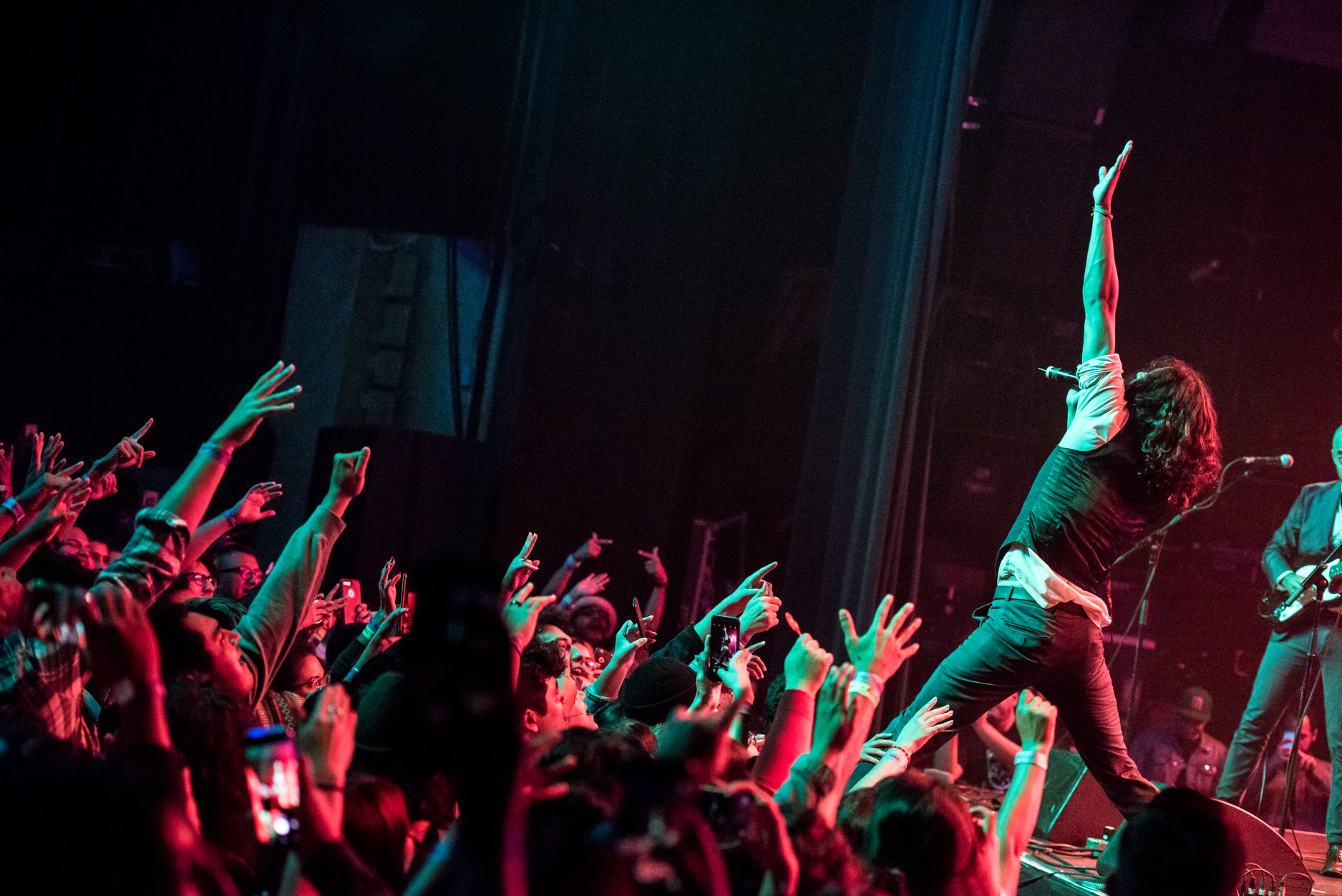 The band started strong with one of their most popular songs, “Cycles of Existential Rhyme.” A song whose title in itself sounds like a deep-dive into music philosophy but is actually quite the opposite. Their energy, their songs and their lyrics were never burdensome to the listener or the cause of any conflict between what was heard and what was felt, which can often be the case when listening to some of our favorite songs. And instead of the usual banter between those songs, the members would simply stop and listen to their audience, taking the whole moment in completely.

It was all beachfront energy at The Gothic Theatre and peace of mind in the crowd, despite the band’s own misfortune surrounding the album release in 2020. While the main purpose of their show and touring was the promotion of their album, with so much time passed since its release, it wasn’t the focus of their performance. Like many other artists, they were just happy to play and equally happy to please the crowd with more of their well-known songs like, “Black Lipstick” and “Itotiani.”

Their music provided beach vibes with a signature nostalgia that screamed Pacific bliss. They were calm, gentle and composed on stage, leaving the audience in a constant state of zen during their show. In the same breath, the audience couldn’t help but dance in their meditative states with the music that played on.

That said, it’s impossible to neglect the Southern Califonia coastal influence the band shares with other popular names, but it’s the Latin, tropicalé and psychedelic soul that differentiates them from the rest and it’s what keeps their fans listening. Despite the snaring drums, the prancing keyboards and the nonstop plucking on the guitar strings, the crowd stayed mellow, in the most appreciative way.