All Photography by Amanda Piela

If you’ve visited the midwest, you may be familiar with a specific type of burger that’s common there — the Juicy Lucy. The decadent burger is made by stuffing two burger patties with cheese — and some other secret ingredients — to create a melty, cheesy center. The cheese melts while the burger cooks and keeps the meat near the center extremely juicy, hence the name “Juicy Lucy.” You can now enjoy one of these infamous burgers at Lucy’s Burger Bar on Tennyson Street. 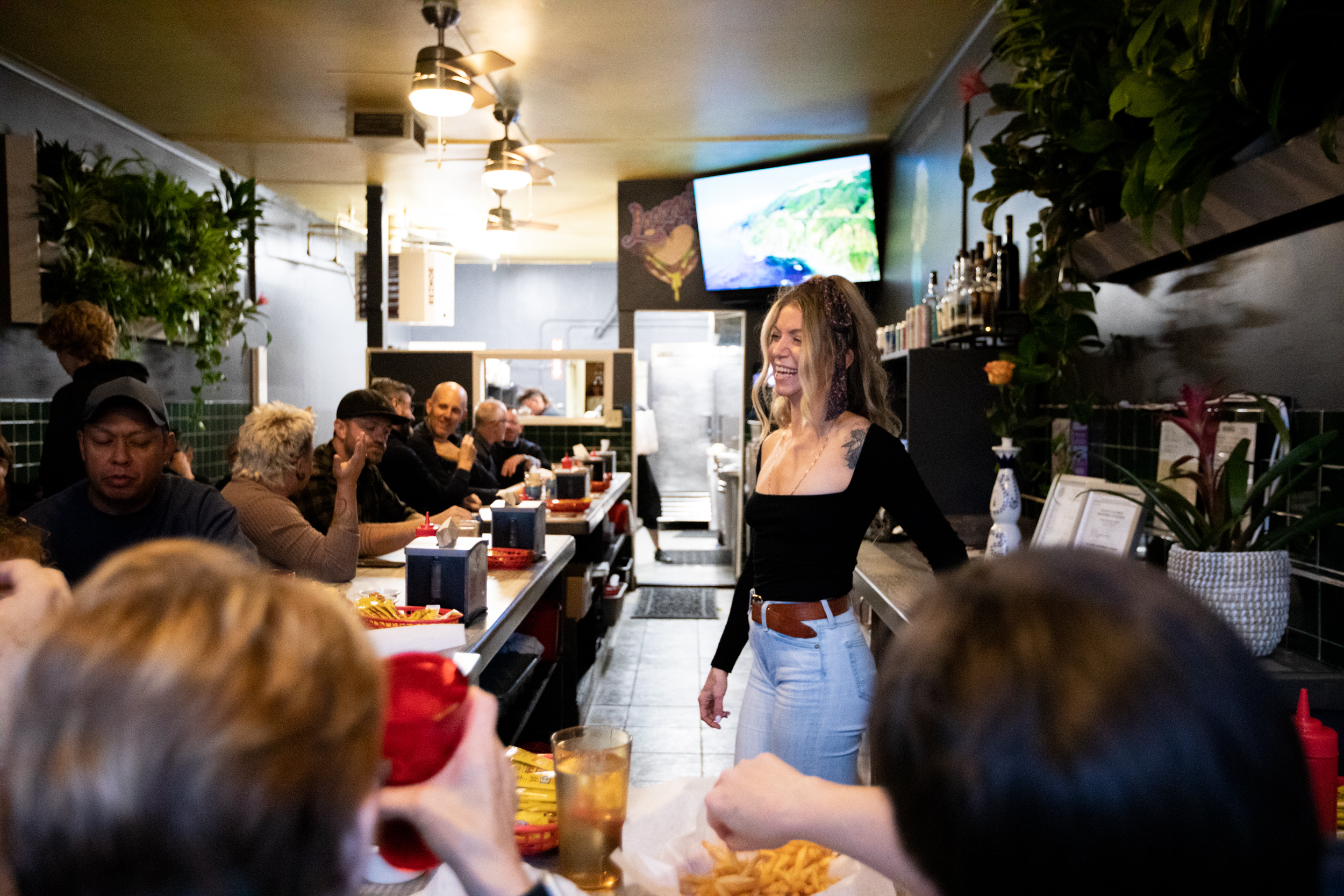 Michelle McGlone, the owner of Lucy’s, is a Minnesota native and wanted to bring a piece of her hometown to Denver. “The whole goal is to bring 1,000 square feet of Minneapolis here to Denver,” she said. Prior to opening the restaurant, she worked as an aerialist and her original idea was to create a cocktail club with aerial rigging and a burger bar. After crunching the numbers, though, she decided to forgo the aerial concept and focus on opening the burger bar first. “That idea got too complicated so I decided to simplify,” said McGlone. “The more simple everything is, the less things can go wrong.”

The most interesting piece of McGlone’s story might be that she wrote the business plan for Lucy’s in the actual space she ended up leasing for the concept. Prior to housing Lucy’s, the space was home to Kyle’s Kitchen and McGlone would eat breakfast there several times a week. “I loved the restaurant and would get inspiration here,” said McGlone. “It’s a total coincidence that I ended up leasing the space.” According to McGlone, coincidences like that happen often in Minneapolis and she knew it was meant to be. “It’s so wild to me. There’s a magic that happens in Minnesota, it’s a very serendipitous energy and this is a very Minnesota thing to have happen,” she said. 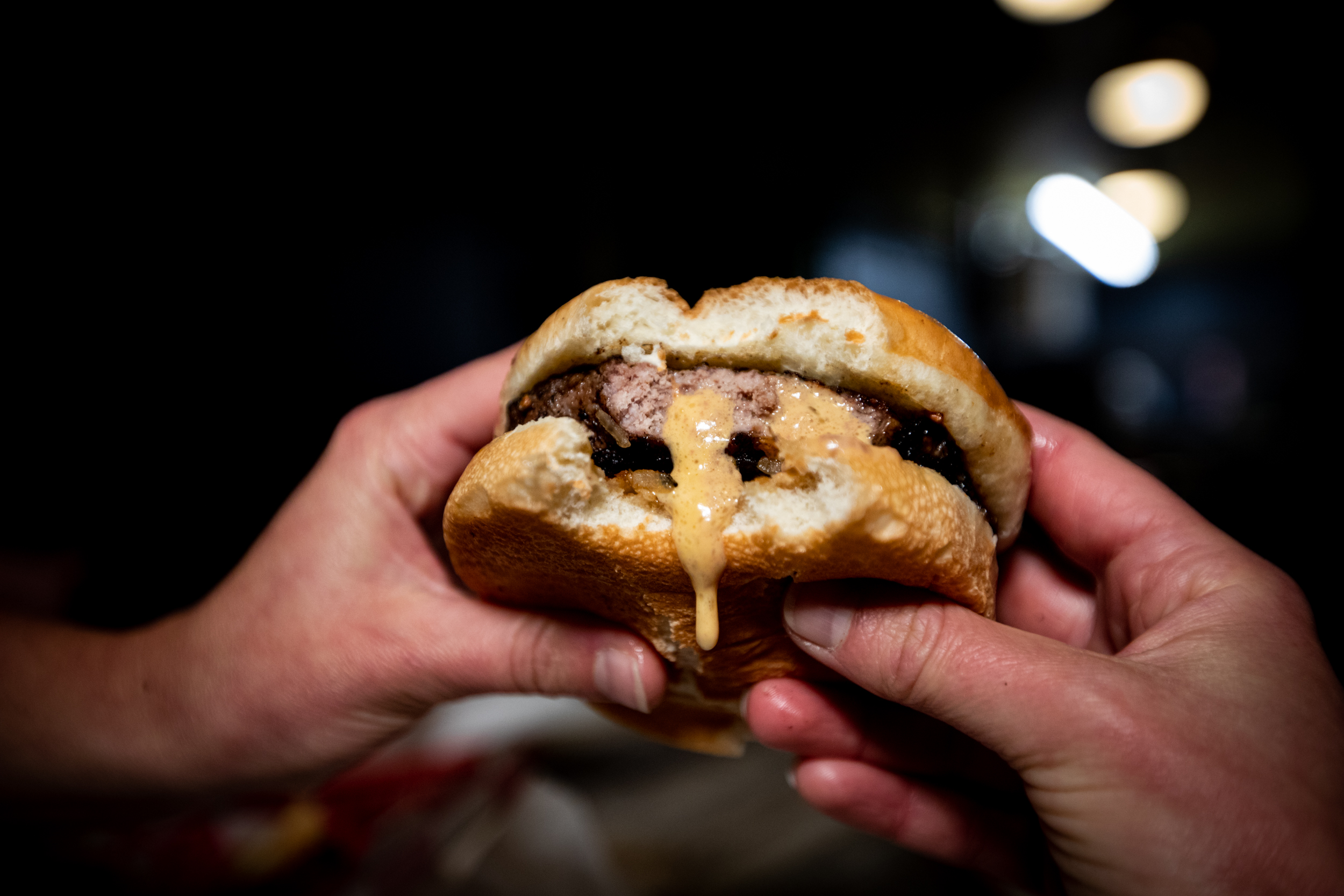 McGlone is hoping to bring that “charmed” quality of Minnesota to Tennyson Street with the help of chef Nate Collis. Collis previously worked at Matt’s Bar, one of the two restaurants that lay claim to creating the Juicy Lucy. Of course, you’ll find the infamous Juicy Lucy on the menu but you’ll also find a cheeseburger, chicken sandwich, grilled cheese and vegan black bean burger. Lucy’s even uses different color wrappings for identifying which items are vegetarian and vegan. “It’s very important to people who don’t eat meat to know that their items didn’t touch any meat,” said McGlone.

In addition to the delicious comfort food, Lucy’s serves beer, wine and liquor that showcases brands that share a similar mission to merge business with a purpose. “This is a female-owned business and I want to support other female-owned businesses in addition to those that are doing good for the community,” McGlone explained. The back of the menu highlights the available beverages along with a legend that lets you know where your money is going — to a woman-owned business, people of color-owned business, mental health crusader, LGBTQ equality advocate or an animal, environmental or sustainability advocate. 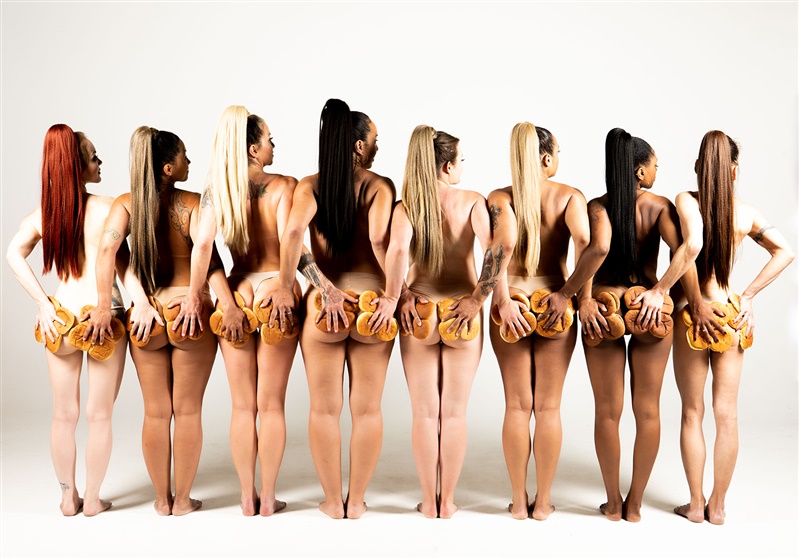 If you’ve never tried a Juicy Lucy, McGlone will likely be right there with you to teach the proper technique (slightly nibbling the patty until the cheese starts to melt out). Not only will you get to try a unique burger, but you’ll also get to converse with the spunky owner who makes it so cool.