Factory Five Five, a theatre company nestled right in the Aurora neighborhood, cusping Central Park, is giving new opportunities to actors, musicians, film students and theatre enthusiasts in the community. The theatre company, owned and ran by Skye Barker Maa, offers a chance for creatives to grow and improve without having to sacrifice space and budget. 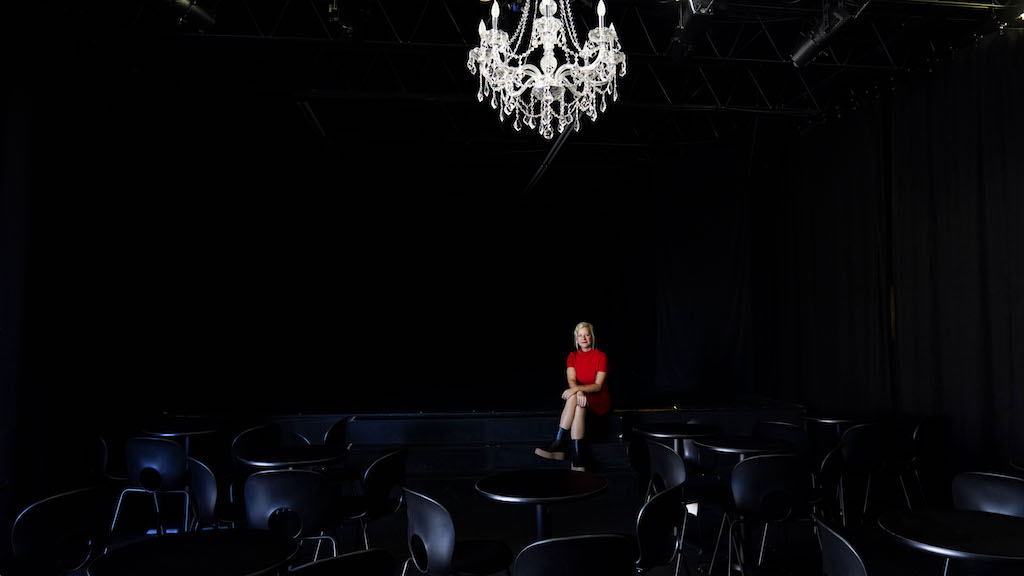 Factory Five Five started with humble beginnings as Barker Maa launched the organization in her backyard, offering theatre roles and staging musicals with local families. Over time, Factory and Barker Maa’s ambition and need for space grew. This led to Barker Maa reaching out to Stanley Marketplace and later to staging musicals, plays and more within the marketplace.

“We’ve come a long way from there. The theater program continued to grow. We got very lucky during the pandemic. My business neighborhood music and theatre were in the Stanley Marketplace; the owners came to me right at the beginning of the pandemic and [asked], ‘How do we help you? How do we make you survive?’ Granted, they’re so good. They’re insanely great. I have epic amounts of love for them that never quits. And I said, ‘I need space and I need opportunities.’ We’ve always run rampant in Stanley; we performed in the parking lot, performed in the grass, performed in the lobby and perform upstairs,” exclaimed Barker Maa.

The owners of Stanley Marketplace were able to supply spaces that were open to Barker Maa and Factory Five Five. This greatly bolstered the productions and business, as more space was needed to accommodate COVID protocols and social distancing. With newly added space, Factory Five Five’s demand shot up. However, that also meant an even more increased need for even more space as well.

Barker Maa explains, “Because we were one of the only theatre programs that were still doing live and in person, we exploded. Our summer camps exploded, our programming, which was already really popular, exploded. And toward the end of 2020, it became very clear as things started recovering that we were going to have to move the theatre program or significantly shrink it because we’re still operating with COVID protocols.”

As the pandemic continued, Factory pressed forward with its productions and kept up with protocol measures, and also kept expanding.

“When you’re really talking arts organizations, you always have to have a diverse revenue stream. It’s very hard to survive as a one [income] thing. And I had already spent also a year in pandemic quarantine, like other people and had already decided I was going to do this fashion school and then also wanted to do this film school,” Barker Maa said.

Barker Maa continued, “So that’s how factories started. I knew I was going to move my theater program here and decided to do fashion, and then decided to do film. And then fashion got real big, real fast, like right out of the box. The sewing and the fashion stuff were so big. And so we started the fashion academy in January of 2021 and by April had to rent another space in this building, and then it was clear [the fashion academy] was its own animal. And so I went ahead and moved it back home into a new space in Stanley.” 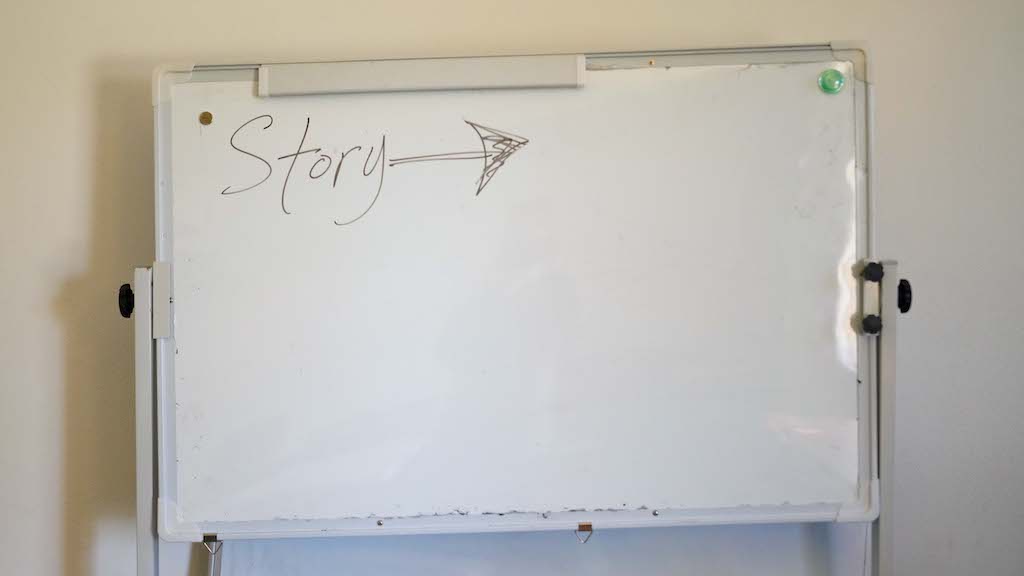 Another reason for moving into another space for each location? The cost of rent. Barker Maa explained that finding a space to rent to create in has become increasingly difficult — between needing a space to hold performances, interacting with the community that Factory Five Five has built and surrounds and staying within a certain budget. The newly acquired building space was found down the street from Stanley Marketplace.

The new location of Factory Theatre and Film houses a bar in its lobby, a myriad of classrooms and suites to hold rehearsing students and a sizable stage to host its productions. Along with the space came new opportunities to collaborate with different creatives of all sorts.

“That was also part of what we were trying to solve was we needed a space to rehearse and perform and create and wanted to collaborate. And so doing the adult [performances] has been great because there are all these people, the actors who come to the table and the dancers who come to the table that all work in other companies and all are doing other productions. They’re all reaching out to us like, ‘Can I do my comedy show here? Can I have a residency?’ And that community is really building right now, really around just the need for space. And for us, we also want our theatre people to collaborate with our fashion [and] costuming people. Cause we have a lot of costume designers [down] the street and then we want our film adults and students to be interacting with either as actors or as filming productions and getting that experience or working with our actors. And that’s all happening right now, letting people use the space, inviting people into the space, giving people space to create together,” Barker Maa said. 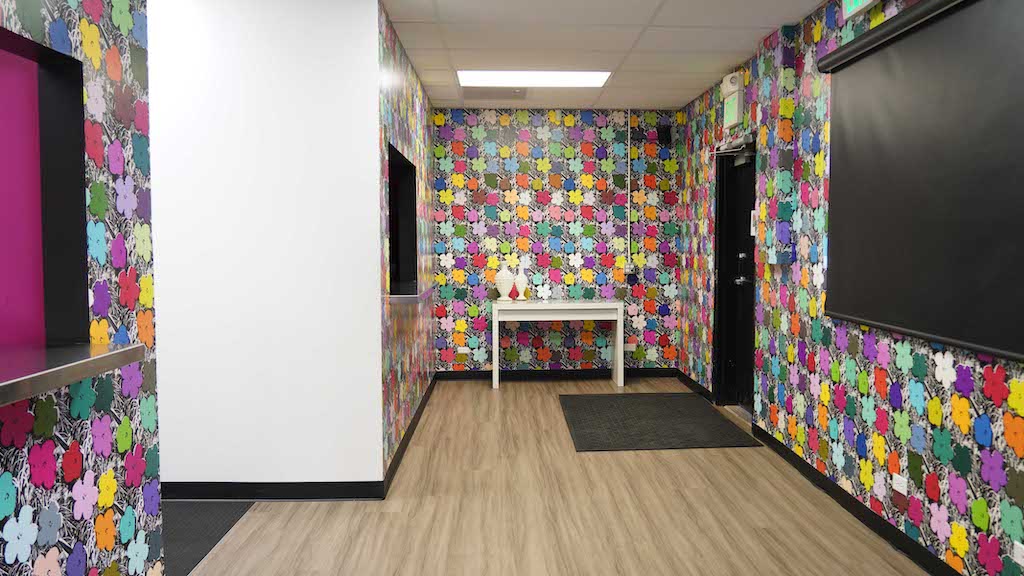 Barker Maa feels like the company is tapping into some communities that wouldn’t normally participate in theater in other ways.

So far the theatre has wrapped up a three-week theatre and professional dance collaboration with jk-co Dance called Daisy’s Day. The production acted as a theatrical performance and a dance performance dipping into a speakeasy where theatergoers were able to dress up in 1920’s fashion and sip on themed cocktails in a prohibition-style setup. Within the next few months Factory aims to crank out a children’s play dubbed Hollowiener, Puffs (an adaptation of Harry Potter) and Beauty and the Beast. On the adult side, actors are performing a child-friendly play called Winter Tales with a presentation of holiday stories. And next year the adult theatre program plans to take on an adaptation of Metamorphosis.

Even though the Factory is booming, Barker Maa expressed excitement over all of the busyness. “I think my favorite part is when I walk through and I’m walking over people. [Such as] when I’m walking through [a] room and there are just people everywhere doing everything. Like the dancers are on the floor and the kids are like painting the walls and the actors are like in the hallway yelling at each other with their scripts. That piece of like pushing people out of the way to maneuver my space just gives me so much ridiculous joy,” Barker Maa said.

In the end, even though it is not the easiest business to be in, Barker Maa continues in the pursuit of the theatre arts and expanding Factory Five Five’s programs.

Barker Maa explained, “The arts aren’t easy but I love the end game of it. I love watching people react to it and getting to be the fly on the wall and watch people participate and respond to it. Ultimately I just love to be able to support other people creating art. I like to be able to provide opportunities, especially to people who don’t typically get a framework to do [so].”

Factory Five Five Theatre and Film is located at 10255 East 25th Avenue Unit 5 in Aurora and Factory Fashion Academy is located within Stanley Marketplace at 2501 Dallas Street #130 in Aurora.