Ask six of your friends what they think about country music. Three of them will scoff at the idea of ever giving the hillbilly backwoods bullshit its credit. The other three will break out into a show tune of “Dixieland Delight.” Point is — general opinions on country music are aggressively divisive. Enter Zac Brown Band — music listeners of all ages know and enjoy at least one song. The Georgia collective has amassed a hefty discography during fourteen years of major label success. Their debut studio project, The Foundation, put Brown and company on the map with “Chicken Fried.” The cookout classic remained on Billboard charts for twenty-five weeks, giving the group more than enough time to relish in national appearances, increasingly large venues and plans for creation to come. Their next record was a monster. Quantitatively, 2010’s You Get What You Give would set the highest bar for country artists across the country. Certified 3x Platinum, top spot on Billboard, and five separate singles peaking at number 1. It was official — Zac Brown Band was country music’s team captain and would stay in that position for a couple of years to come. 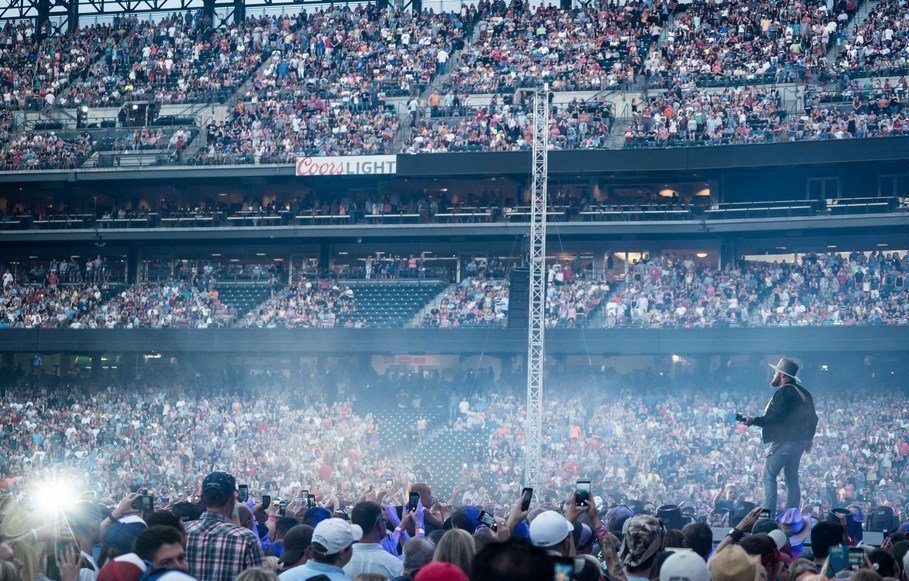 Commercial success has tapered for Atlanta’s finest, but what hasn’t diminished, however, is their second-to-none concert presence. It’s the best, plain and simple. The band takes their well-known hits to new heights on stage. They improvise and elevate well-known country trademarks. At Fiddler’s Green on Friday night, such qualities and more were on display. The venue is an odd one — a flatter, less scenic rendition of a venue like Red Rocks, nestled in the Denver Tech Center. The amphitheater’s name and the band of the hour suggest the opposite of a near-city venue, but Friday night, it was Colorado’s version of a redneck riviera.

Zac Brown Band started with “Homegrown,” a neutral track with humorous undertones. Brown acknowledged the faint haze of kush that ever-so-slightly floating over the masses. They followed with “As She’s Walking Away” and “Slow Burn,” a debut single from their upcoming album, The Comeback, which Brown exclaimed is their “best one yet.”

Every Zac Brown Band song is conceived with the crowd in mind. The endless instruments on stage find a way to fall in line with the brain’s happy chemicals. Brown’s lyrics and delivery are sing-along anthems. Even if you don’t know the words, you feel as though it’s a song you’ve heard before — in a dive bar, around a bonfire, circled up at a parking lot party. Caroline Jones — a frequent collaborator — joined Zac on stage for a true strummer. She was in a Cherry red leather fringe jacket and knee-high cowboy boots — it was a look and her vocals were sung with conviction. Behind her, every string player strummed their pieces with fiery intensity. Jones and Brown play rapid fills on their six-strings alongside an up-tempo drum set. It was the set’s most intense moment — high-quality musicianship from start to finish complete with a fiddle solo that picked up the jet-quick pace to inconceivable speeds. 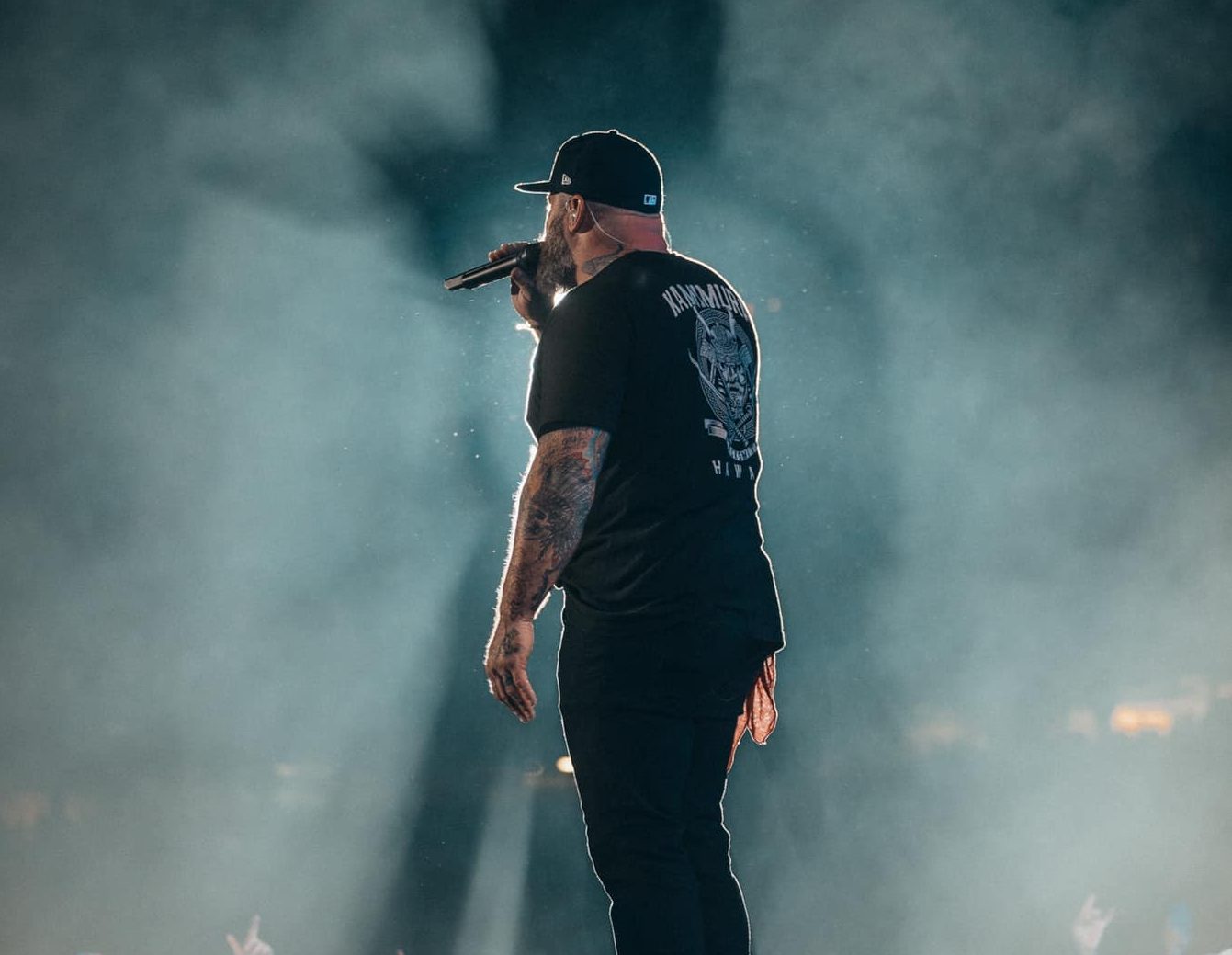 A chart-topping hit was inevitable, and it came six-or-so tracks into the setlist with “Knee Deep” — but no Jimmy Buffett this time around. Instead, the thick crowd played the featured artist. Palm tree graphics played on the video board behind ZBB. For a split second, everyone’s beer turned into a corona. Brown capped the record with a statement, “we’ve got a big long Colorado night ahead of us,” indicating that the show was far from over. Both singers carried the momentum into “Tomorrow Never Comes.” Caroline Jones sang the first couple of verses, adding a soft, warm edge. Brown took his guitar off by the strap and strutted over to a camerawoman, whose feed was playing on the park’s largest video board. The crowd roared as he took the operator’s hand and twirled her to the ballad, before bowing her over his knee.

Midway through the set, Brown shouted out Camp Southern Ground — their foundation based in Georgia, dedicated to at-risk youth and veterans. “If you want to help, send an email and someone will respond,” Brown pleads. In these trying times for the south, it seriously felt like a call to action. Jumping right back into the thick of it, they led with “Keep Me In Mind.” Clay Cook, his lead guitarist opened the track with snappy riffs. Each time the title arrived, ZBB cut the entire groove and lets the gallery scream the four-word phrase.

Other chart-toppers scattered themselves around the set’s second half. “Colder Weather,” a personal favorite, is perhaps the loudest the crowd responds all show. The first line of their biggest piano ballad shouts out Colorado, and everyone in sight takes the name drop personally. Then comes their foundational hit — a household piece — “Chicken Fried” comes towards the end of the performance. It’s by family, for family, and calls upon the best of times. Every person at Fiddler’s Green feels the song’s energy, which is much the case with “Same Boat.” While this isn’t considered one of their best songs, it’s so relatable — the pandemic screwed us all up in one way or another. 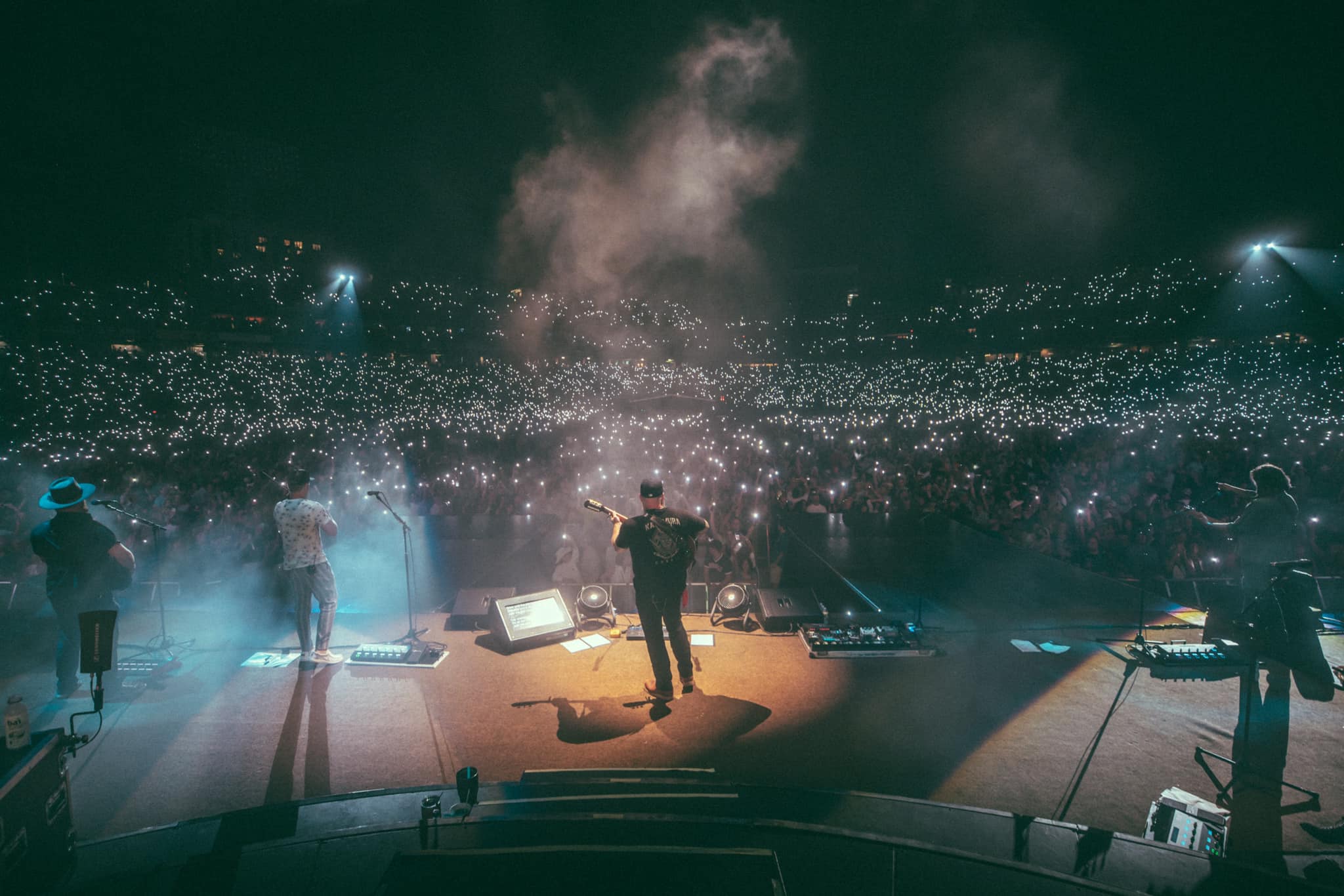 Without a shadow of a doubt, the lengthy live session’s high point came in the form of one of ZBB’s trademark renditions. The band took a crack at Marshall Tucker Band’s “Can’t you See.” Just about every member of the group, besides Brown, took this highlight moment by the horns. Clay Cook played the song in and manned lead vocals. Cook asked the crowd if they can “stretch this one out like saltwater taffy.” Caroline Jones crooned in one of the show’s best blips, period while Cory Bowles and John “Soupcan” Driscoll played a solo and sang a “badoobada” section, respectively. This cover stood out in particular for an overarching reason — one that serves as a testament to Zac Brown Band’s live success for so many years. The entire show was communal. Members from all over the group took shots at singing bits, solos and duets. Strangers in the crowd wrapped their arms around each other’s shoulders like old buddies from high school days. A true sense of community like this operates as Zac Brown Ban’s thesis —it’s worked wonders for over a decade. Eighteen odd months since the beginning of the pandemic, and it was clear that fans of the group at Fiddler’s Green had have fallen back into that powerful belief.