All Photos Courtesy Of Justyna Butler

While Denver is known for its well-done craft beers and local breweries, there are pockets throughout the suburbs that also take tremendous pride in furthering that notoriety. Six Capital Brewing, located in Aurora, takes advantage of its unassuming storefront and pushes the envelope even further with a heavily focused barbecue menu.

Though this brewery is relatively new, owner Blake Butler has spent 20 years as a chef moving from kitchen to kitchen at the Inverness Hotel, Warwick Hotel and Panera Bread, among a long list of other ventures. Originally from Texas, Butler moved to Colorado at the age of five. He grew up just miles from the brewery and attended Smoky Hill High School. Though his formative years were played out locally, his seventh-generation Texan roots influenced a lot of the menu and even the name. 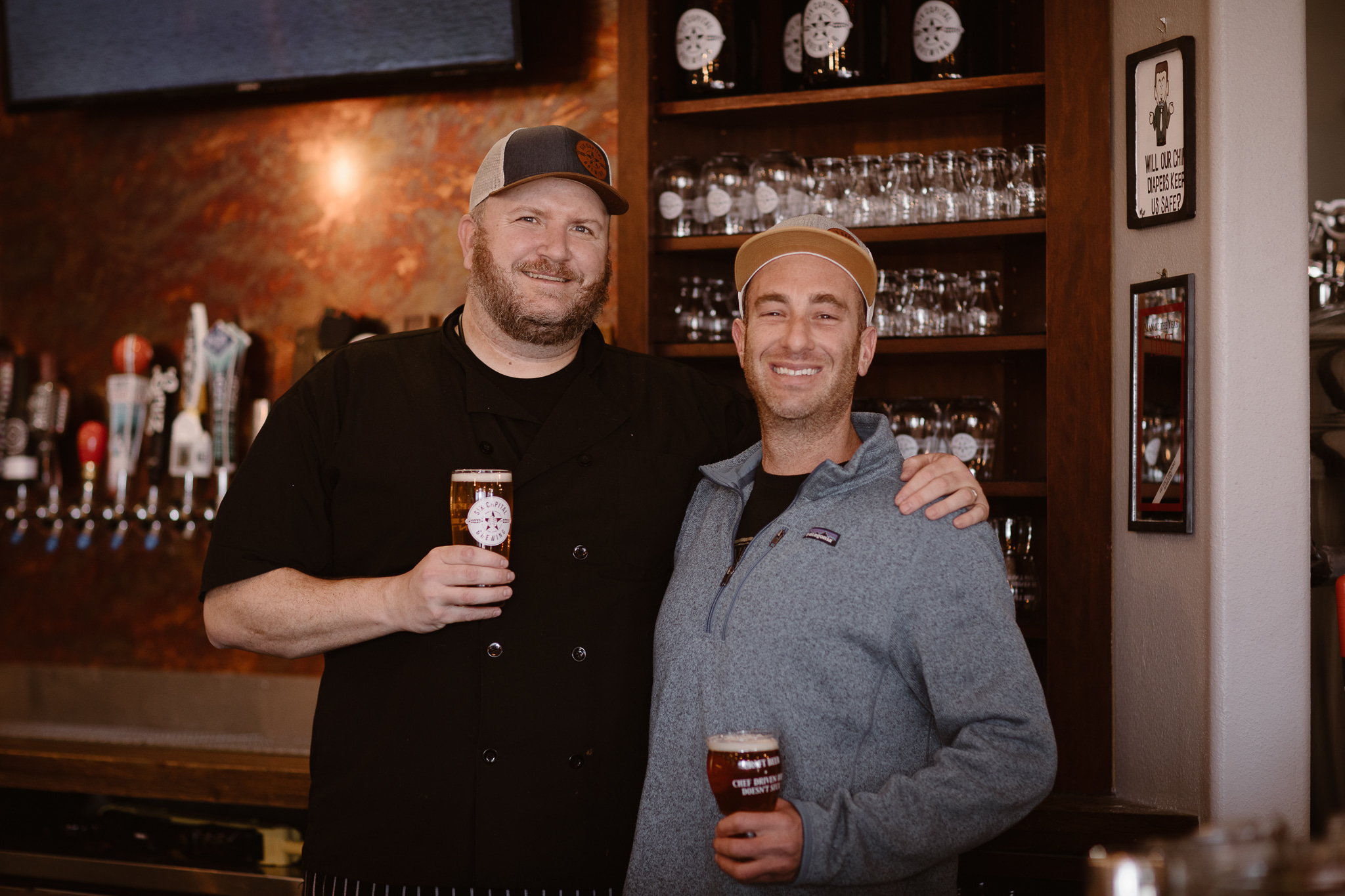 Six Capital was named to honor the six temporary capitals of the Republic of Texas until finally settling in Austin where the current State Capital resides. Many different locations served as the capital of Texas including Spain, France, Mexico City, the Republic States of Texas, Virginia, Montgomery, Alabama and Washington D.C.  Just as the history behind Six Capital’s name, the menu takes influence from the regional diversity and adapted barbecue method of slow-cooking meat, barbacoa style. The fare features a variety of smoked meats from brisket, pork, chicken and meat substitute tofu.

“Barbecue is a great vehicle to appeal to every culture. It’s inspired by Houston, a melting pot of culture. We take influence from Hispanic barbacoa, Korean barbecue and Western American style,” Butler said.

The brisket tacos (1 for $4.35 or 3 for $12) are topped with roasted corn salsa, chipotle ranch and cotija cheese. The porker taco is pulled pork topped with bacon jam, pickled red onions, cotija cheese and fried pork skin.

Contrary to the Texas façade, the ingredients are hyper-local. The tortillas are from Raquelitas, bread from Styria Bakery and meat from Tender Belly and Polidori Sausage. All other products are made in-house from pickles to beer mustard. Some of the more popular dishes include the pitmaster Cubano ($14) with pulled pork, ham, swiss cheese, house-made pickles and beer mustard; or the banh mi ($14) with pickled daikon radish, carrot, jalapeño, cucumber, spicy mayonnaise and the choice of any smoked meat listed above.

Though those may be the more frequently ordered items, it wouldn’t be right to leave out some of these honorable mentions. The devils on horseback ($9) has dates filled with goat cheese, Tender Belly black pepper bacon, herbs de Provence and a cider reduction. The smoked wings ($14) with hickory and cherry smoked bone-in wings come with a plethora of sauces or rubs from hoisin crack, Golden Toad jalapeño red buffalo, traditional barbecue or sweet heat Golden Toad Xtinction ghost chile sauce.

As imagined, the smoker sits out back aromatizing the brewery with the same savory scent that seeps into the brisket and pork, which is smoked for 17 hours, and the chicken wings, smoked for two hours.

Not many breweries take their bar food as seriously as the duo Butler and his executive sous chef Toph Gregory, who graduated from Johnson and Wales University. The 90% in-house scratch kitchen also doubles as a brewery, shockingly enough. What seems more like an elevated fast-casual dining experience also focuses on traditional beers. Though the brewery is rather small, head brewer Ryan Cosslett still finds room to experiment.

“I’m a traditionalist when it comes to beer. We mainly like to brew something that pairs well with food. We’re only a four-fermentation vessel brewery so we usually stick to simple but well-done beer. However, we’ll experiment with imperial stouts and add Nutter Butters or feature a green chile beer,” Butler said.

With the season slowly transitioning to Fall, the menu will see some additions from pumpkin beer to brisket French dip and Korean-inspired pulled pork tacos. However, no drastic changes will be made, as the menu is still heavily barbecue-focused.

As if focusing solely on food and booze wasn’t enough, the team at Six Capital including Morgan Forsyth, general manager, and Justyna Butler, part owner, find every reason to break that built-up Texas stereotype with an inclusive attitude and community involvement.

During Pride Month, the team raised $1,500 and donated it to the Center on Colfax by allocating $1 of every food and drink purchase along with the same $1 from every t-shirt sale for that month.

All Photography Courtesy of Justyna Butler.