Hidden among the graffitied walls of RiNo, restaurants of all sorts have found their homes. Restaurants span from a food hall with global inspiration at the Denver Central Market, barbecued smokers blowing clouds into the air at Owlbear Barbecue and conveyer belt sushi shuffling nigiri to patrons at Sushi-Rama. It seemed like the round-up of restaurants was well off, but sheepishly hidden just around the corner of RiNo’s main drag — Larimer Street — has an unsuspecting entrance to a speakeasy aesthetic that deserves some talk.

Nocturne isn’t like most clubs in Denver with blaring beats and a dance transforming to a slip and slide with sweat. Instead, those welcomed into this enclave find soothing live jazz taking over the stage. There’s a subtle touch of old glamour Hollywood here. The swanky white booths wrapping around the rotunda and the mezzanine level providing a theatrical experience. 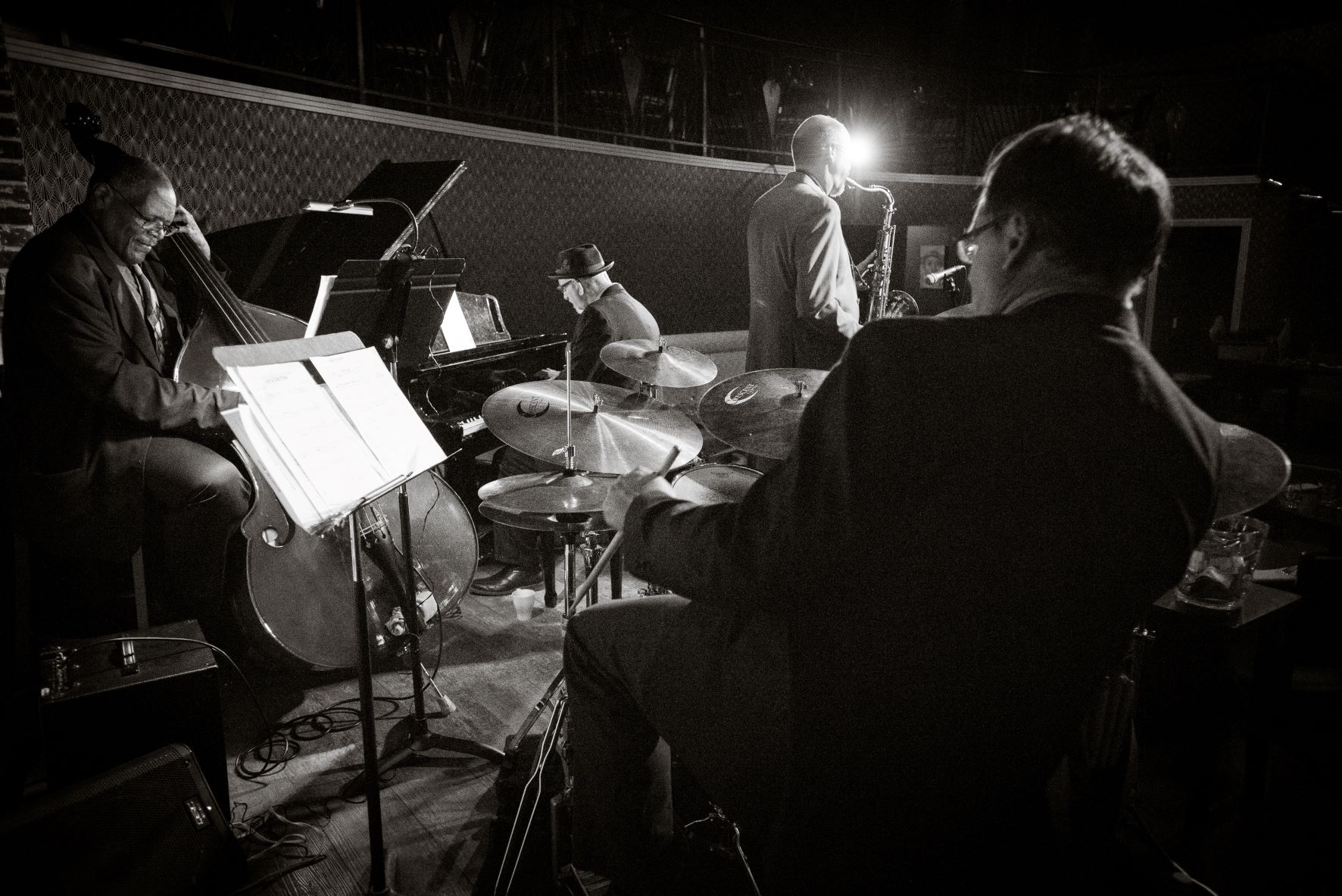 The exposed brick radiates the blue mood lighting. Shadows of each performer decorate the walls like a painting that will stay even after the music fades.

The jazz is a focal point but Nocturne ensures it doubles as a supper club. Rather than a traditional wine pairing, the melodies elevate the dining experience. Diners can enjoy small bites like snacking on popcorn at the movies. But, they provide a three-course pre-fixe for a true dinner and a show.

Even though the jazz aspect transcends attendees back in time, the menu adds hints of modern technique and roots itself in Denver’s farm-to-table fare.

A summer starter features the sweetness of golden palisades peach almost an unplanned nod to the brass on stage. This salad gains saltiness from prosciutto, creaminess from feta and tang from balsamic.

They also refine a cheese course to featuring the pièce de rèsistance — luscious burrata— rather than being alongside heirloom tomatoes. It sits atop a toasted sourdough crostini and marinated roast artichokes and peppers. Together it takes on an anti-pasta identity with the smear of olive tapenade to top it off.

The band for the night remains the main attraction but the main dishes feature a rotating fish, vegetable focus or pork chop as of late. Often times the catch is a flakey white fish-like grouper surrounded by root vegetables and a final touch of onion ash. The roman cauliflower’s subtle flavor amplifies when paired with grape salsa, curried almond butter and celery chimichurri. They incorporate some southern style — like jazz itself — in the pork chop. Plated alongside is sweet corn pudding, a novel watermelon molasses and wilted bitter greens. 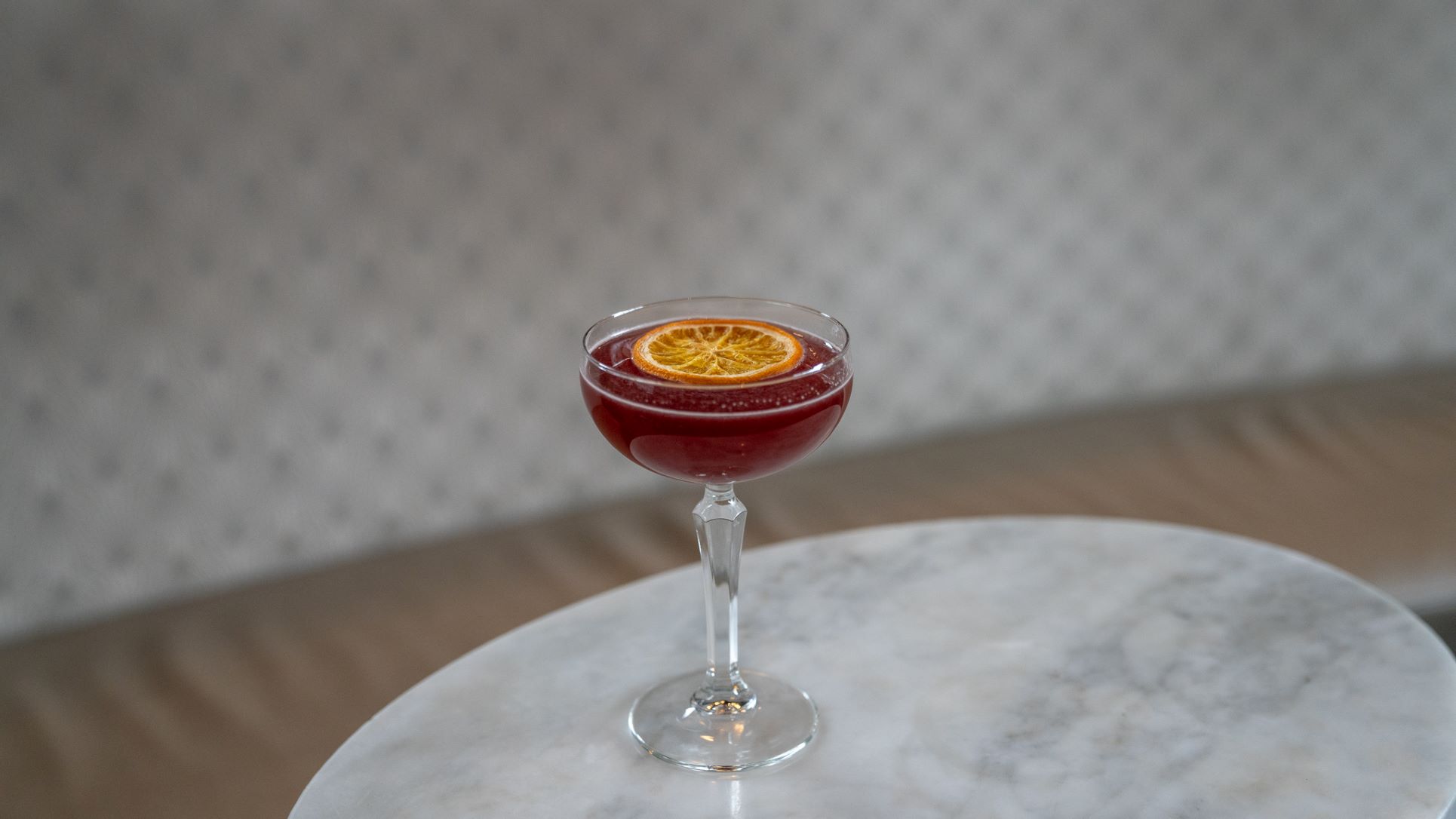 A cheery night includes the clink of a drink. Either a craft cocktail — Summer in Siberia featuring elderflower and mint — or a paired wine — listed by each dish — fits.

The final hurrah must be dessert. It’s enjoyed either by attendees of the 6:30 show waiting for the 8:30 to begin, or those in need of a reason to stay longer. The chocolate mousse retains its richness but has a touch of playfulness from a toasted marshmallow. Another option is an ode to an “Old Fashion.” If not to drink it, then the bread pudding has the bourbon, orange and amarena cherry. 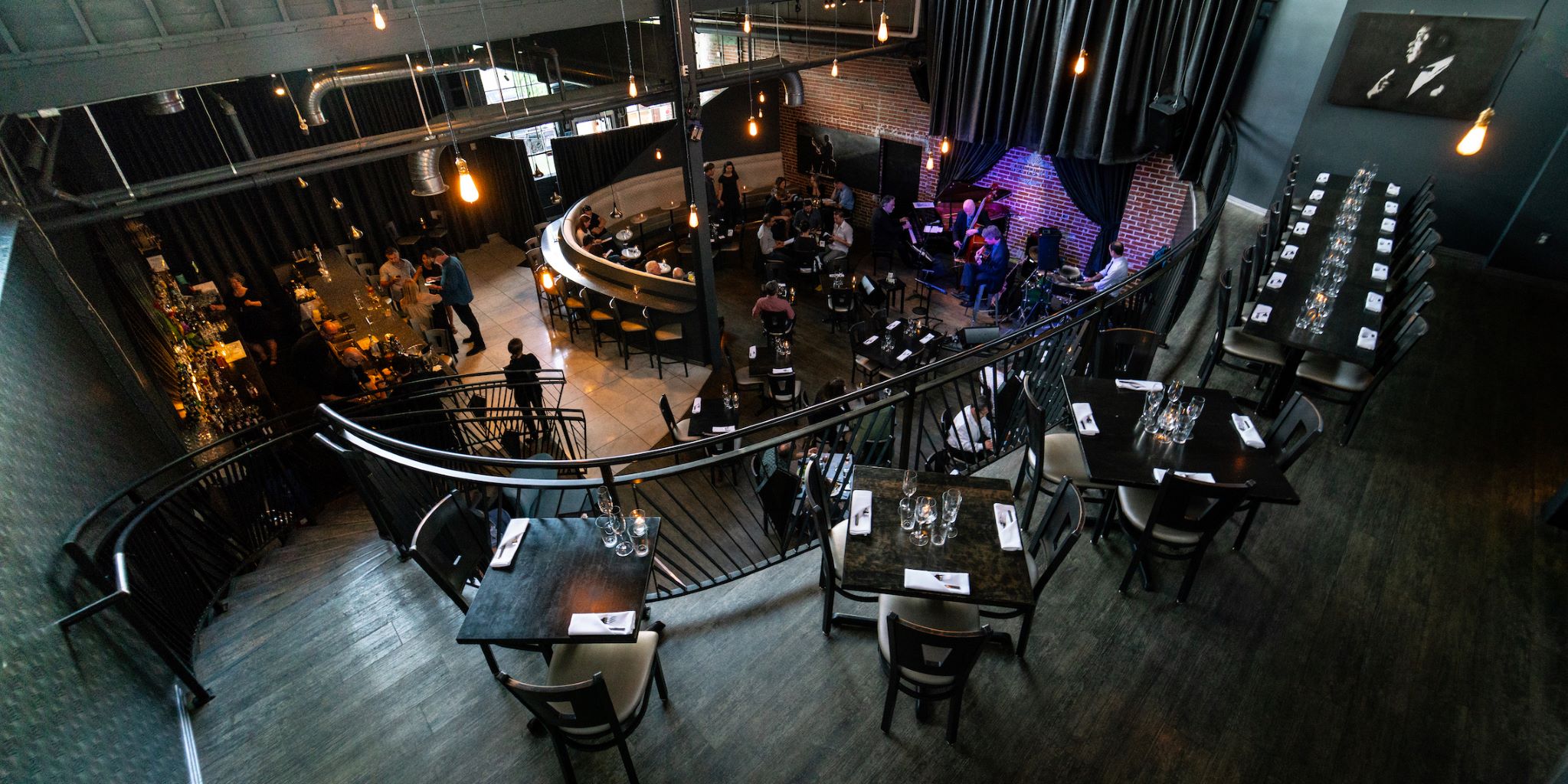 This acoustically curated space features live jazz nightly bringing food fans and jazz junkies their fix of a night out Tuesday through Sunday. Jazz melds with hospitality inside this renovated warehouse.