Mixed media artist Deborah Roberts has made Black womanhood and children the center of her work, dissecting how white supremacy impacts that identify. Roberts’ paintings demand these identities are seen through montages of fashion, disproportionate limbs and vibrant facial expressions.

Her first solo exhibit, I’m, debuted at The Contemporary Austin in January. Completing its Austin run on August 15, Nora Burnett Abrams, executive director at the Museum of Contemporary Art Denver (MCA), helped travel the exhibit to the Mile High City. It will debut at the MCA on September 10, 2021.

“I’d been following Deborah Roberts’ work for years,” said Abrams. “I think her work addresses some of the most compelling and urgent issues of our day in a very direct, honest and engrossing manner.”

Abrams added that a polarized political climate and growing racial injustice inspired her to bring the exhibit to Denver.

“She centers on young Black children who are on the cusp of adolescence and adulthood,” said Abrams. “They have an innocence, yet a strong sense of the world they are a part of. They are always looking directly out at the viewer. They hold our gaze rather than us beholding them. It’s an inversion of a very traditional, Western power dynamic.” 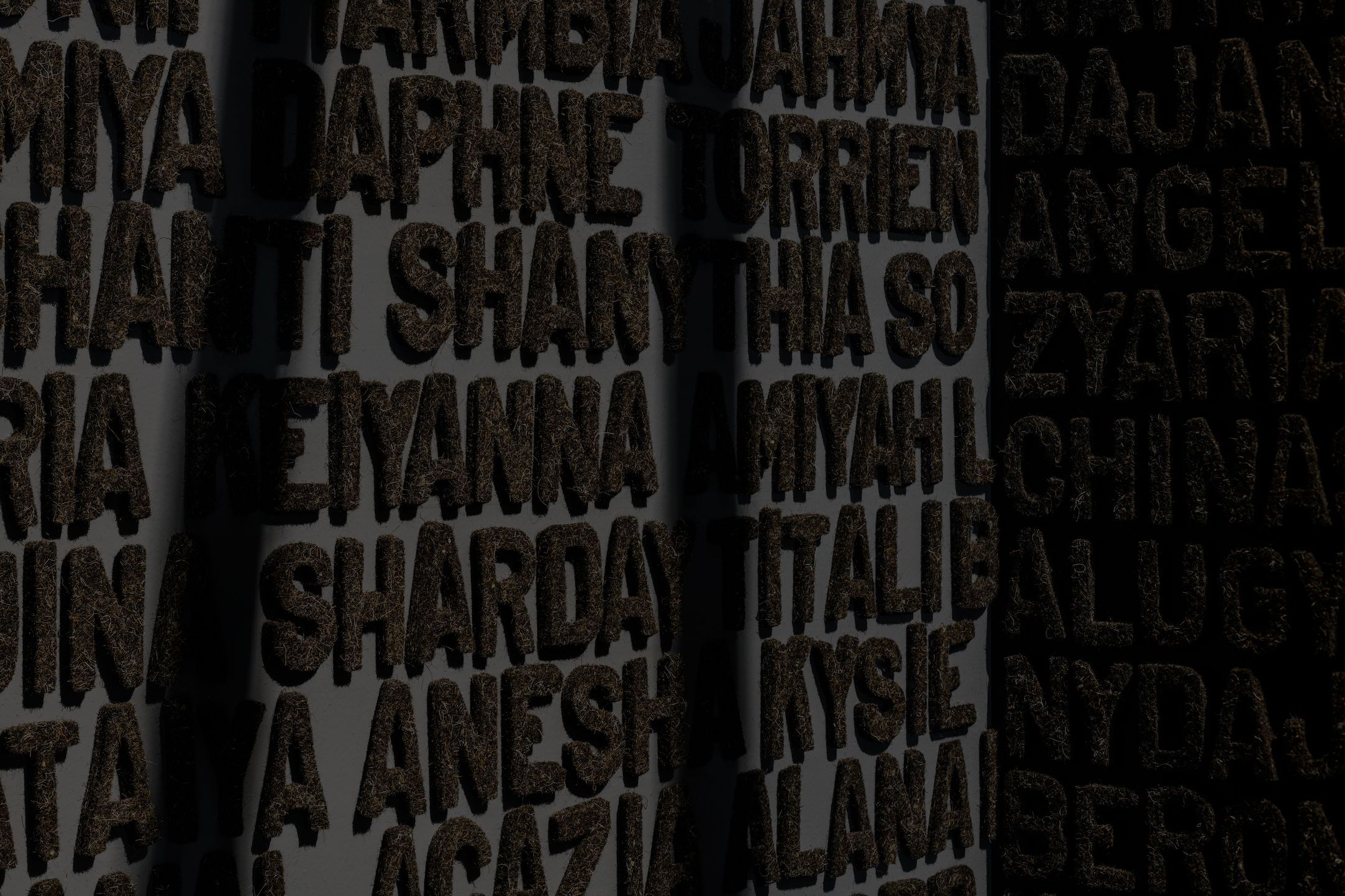 Occupying the entire second floor of the MCA, the exhibit will feature several of Roberts’ work, including her first audio-visual installation, What If?. Structured like a church confessional, the names of hundreds of Black women appear upon entering the dark enclosure. “These are names of women who have gone missing throughout the years and their whereabouts are still unknown. It’s kind of like conjuring their presence, summoning them back to life,” said Abrams.

The viewer — historically assumed to be a white male — “digests, owns and consumes the image that is before them,” explained Abrams. Roberts challenges these conventions by endowing her figures with dignity and power, from their bright clothing and revealing facial expressions. Vivid and full of life, “they demand that we see them and that we are the ones beheld by them,” said Abrams. 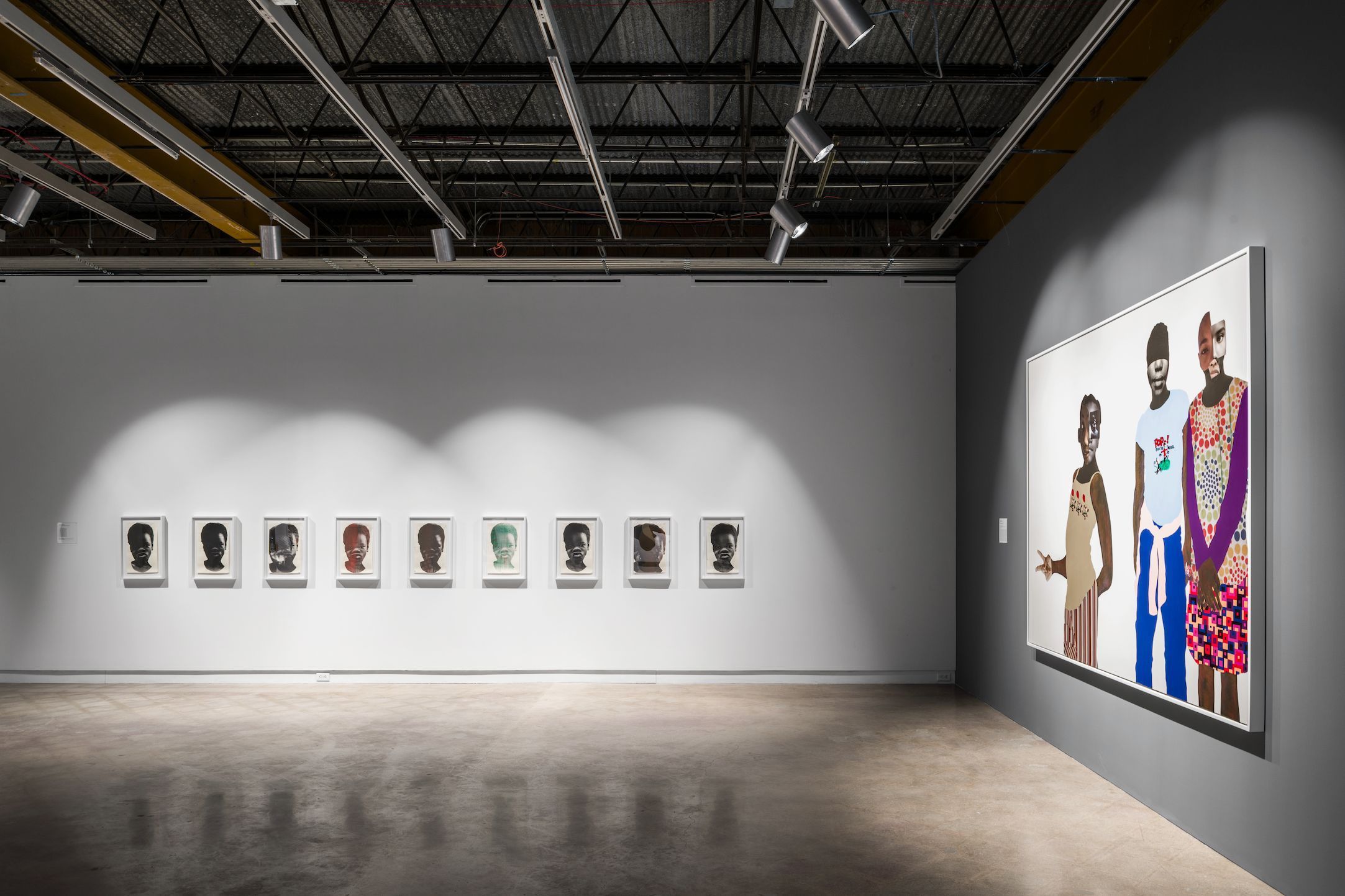 Render of the exhibit. Photo courtesy of Museum of Contemporary Art.

Pluralism, one of Roberts’s most prominent works, challenges these conventions in other ways, too. Abrams argues that even technology isn’t immune to withholding white supremacist ideology, which is everywhere in the linguistic and technological systems modern life centers around. Take, for example, Microsoft Word. “If you were to type in a name, La’Condrea, that name would be highlighted underneath with a red squiggly line, calling out that it was a misspelling or that needed to be fixed. Whereas if you type in a more Anglo-Saxon name, it wouldn’t be,” explained Abrams. “The pairing with the installation is an effort to acknowledge more fully, deeply, how important naming is and how quickly it can get lost.”

Though the artist won’t attend the opening, Roberts will host a public program on October 28 at the MCA. “I think this will provide a special opportunity to engage further with her work and understand certain aspects of her work directly from her,” added Abrams.