The growing popularity of Nashville Hot Chicken sandwiches in the Denver metro area has been blessed with another fiery addition. The Blazing Bird opened in February of 2020 and took the city of Arvada by storm with its six-tiered spice level and unique adaptations to the original Nashville Hot universe.

Owner Artem Muradyan is a pharmacist by day and hot chicken slinger by night. While pharmacy was his first chosen career path, working in the hospitality world has always been a lifelong dream. After trying some of the top-tier adaptations to Nashville’s specialty in LA, Muradyan became enamored by the heat and noticed a real lack of unique spicy sandwiches in Colorado.

“I’m excited that my dream came true and for people to try my spicylicious chicken,” Muradyan said.

Even though there have been quite a few similar restaurants popping up in the Denver food scene, Blazing Bird takes liberty with the flexibility that quality-produced chicken tenders offer. Whether it’s under the guise of a sandwich, taco, burrito or the topping on a bed of French fries and macaroni and cheese, the fried chicken is the real star of each dish. Crispy on the outside and tender on the inside, each breast fillet can be ordered original, mild, medium hot, extra hot and blazing — which requires a signed waiver upon delivery.

It took a year for Muradyan to curate the Nashville Hot-inspired seasoning and branding. It was a real family effort including his wife who helped inspire some of the side dishes like the macaroni and cheese and various shake flavors. Also, his 10-year-old daughter inspired the Mel-chick special ($7) which is a buttered bun, chicken tender, pickles and comeback sauce accompanied by a side of choice and drink.

Though the flavor base of Blazing Bird’s spiciest flavor is kept a secret, some of the peppers infused are as follows — Carolina Reaper, Ghost Pepper, Cayenne, Trinidad Scorpion Pepper and Habanero. While a waiver is required to consume the blazing heat level, Muradyan said half the people that order it, don’t get the chance to finish it. As for the menu’s varying items, Muradyan wanted to have options for those who enjoy dishes other than a traditional sandwich.

“I like variety and I look at my menu as if I were a customer. People like other things like tacos and burritos, not just sandwiches,” Muradyan said.

Because he lives only five minutes away from the restaurant, Arvada is not only his community but also an extension of his family.

“Everyone is supportive, I see so many people I know from the neighborhood come in and it’s just a real community,” Muradyan said. 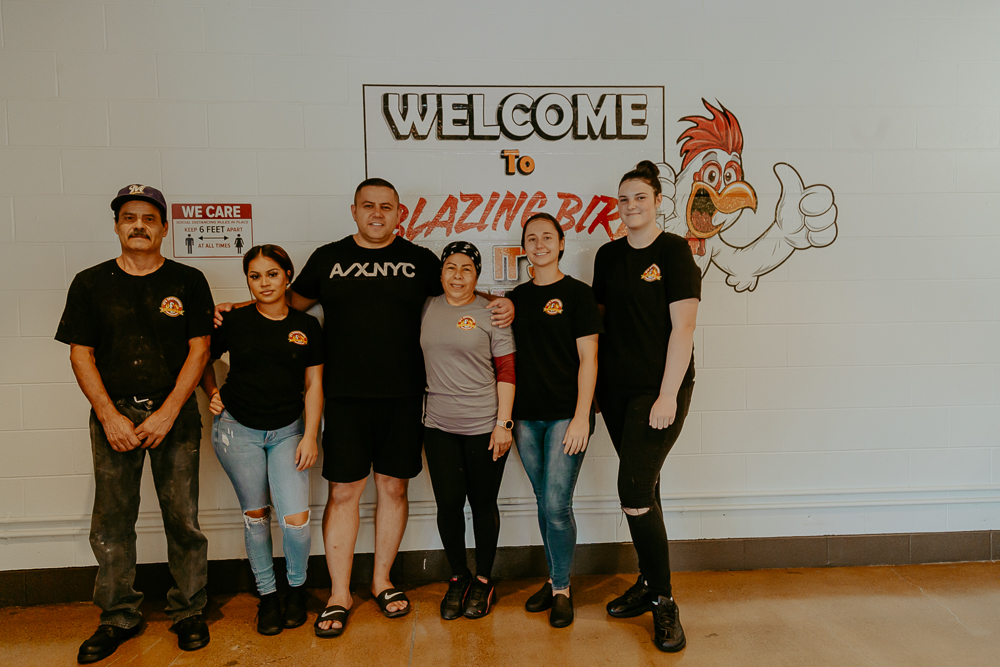 Though Arvada is home to Blazing Bird’s first location, the concept is slated to open across the front range from Aurora to Fort Collins. As for a future menu, there are plans to expand and add Nashville Hot-inspired dry rub wings at varying locations with the addition of grilled chicken options.

“Arvada wasn’t known for restaurants and now it’s really booming, it’s become a food-friendly city and we’re happy to be a part of it,” Muradyan said.

The Blazing Bird is located at 12368 W 64th Ave #12, Arvada. It is open Monday through Sunday from 11 – 9 p.m. Available for both dine-in, pick-up and delivery through GrubHub, DoorDash and UberEats.

All Photography By Brandon Johnson.