Over two million lives were lost due to the pandemic in the Americas – North, Central and South America and the Caribbean. To process the collective trauma of last year, and provoke healing in the community, 21 artists from around the world were chosen to contribute their work for a new COVID memorial exhibit at the Museo de las America on Sante Fe Drive.

The project, “Americas COVID-19 Memorial,” was initiated by the Biennial of the Americas, who announced an open call for submissions from artists around the world in March. Following its virtual debut, the in-person exhibit debuted on September 3. Contributing artists and curators hosted a panel discussion “ConnectArte: Curator & Artist Talk,” on September 16 to discuss the impact the pandemic had on their work, psyche and motivation.

Ana María Hernando, an artist originally from Buenos Aires, was selected based on her piece, In the Night, In the Day, At Every Hour (En la noche, en el día, a toda hora). During COVID, her time working in Europe and eventual return to the United States paradigm the collective experiences of anxiety, uncertainty and isolation.

“All of those feelings, the surprise, the moment of feeling on edge, and everything is changing. I had a feeling of being closed to so many around the world that were going through this and the compassion for what we were going through,” she explained during a panel discussion for the exhibit. “When I thought of my piece, I thought of this wave of all these emotions but also an unstoppable wave that was so beyond our control. That feeling of all the people that we were losing, the elders that were dying and losing all of the treasures that these people have cultivated in their culture and their way of doing things, and so suddenly all of that being gone.”

In the Night, In the Day, At Every Hour (En la noche, en el día, a toda hora). Photo courtesy of Biennial of the Americas.

Hernando said that despite the trauma and polarization that the pandemic posed on American society, she feels hopeful that art can mimic emotions that promote healing and hope. Hernando’s work focuses and celebrates femininity — particularly Latina women. For the memorial, she mentioned that the pandemic sparked a sense of urgency to create a piece of work that spoke to the masses and could help gauge the uncertainty and intense emotions that the pandemic has imposed on society.

“I was so pleasantly surprised with how, for lack of a better word, relatively bright the exhibition is,” explained Derrick Velasquez, the curatorial advisor of the exhibit, during the discussion. “It could have been very heavy, it could have been filled with darkness, but it has the feeling of the way that artists are processing the pandemic. It probably shifted some of their work quite a bit.”

Velasquez’s work has been featured at the Museum of Contemporary Art in Denver and he hosts an artist-run gallery in the basement of his home. He mentioned that the isolation from the pandemic fostered a need for more community engagement and connection.

Jave Yoshimoto, an artist from Nebraska, contributed his broken banjo piece, the empty nest. His work is heavily focused on social and cultural issues, but his contributing banjo to the exhibit highlighted a transitional period in his personal life, in addition to the ongoing pandemic. Inside the reclaimed banjo is a laser-cut relief of a man curled up in the snow in front of a red house. “For me, it was a feeling of ‘how do I find myself again?” he said during the discussion. Yoshimoto got COVID and diabetes last year, in addition to other personal factors that heavily influenced his artwork. “I think [art] is a way to help us connect and a way for us to share our human experience with others,” he added. 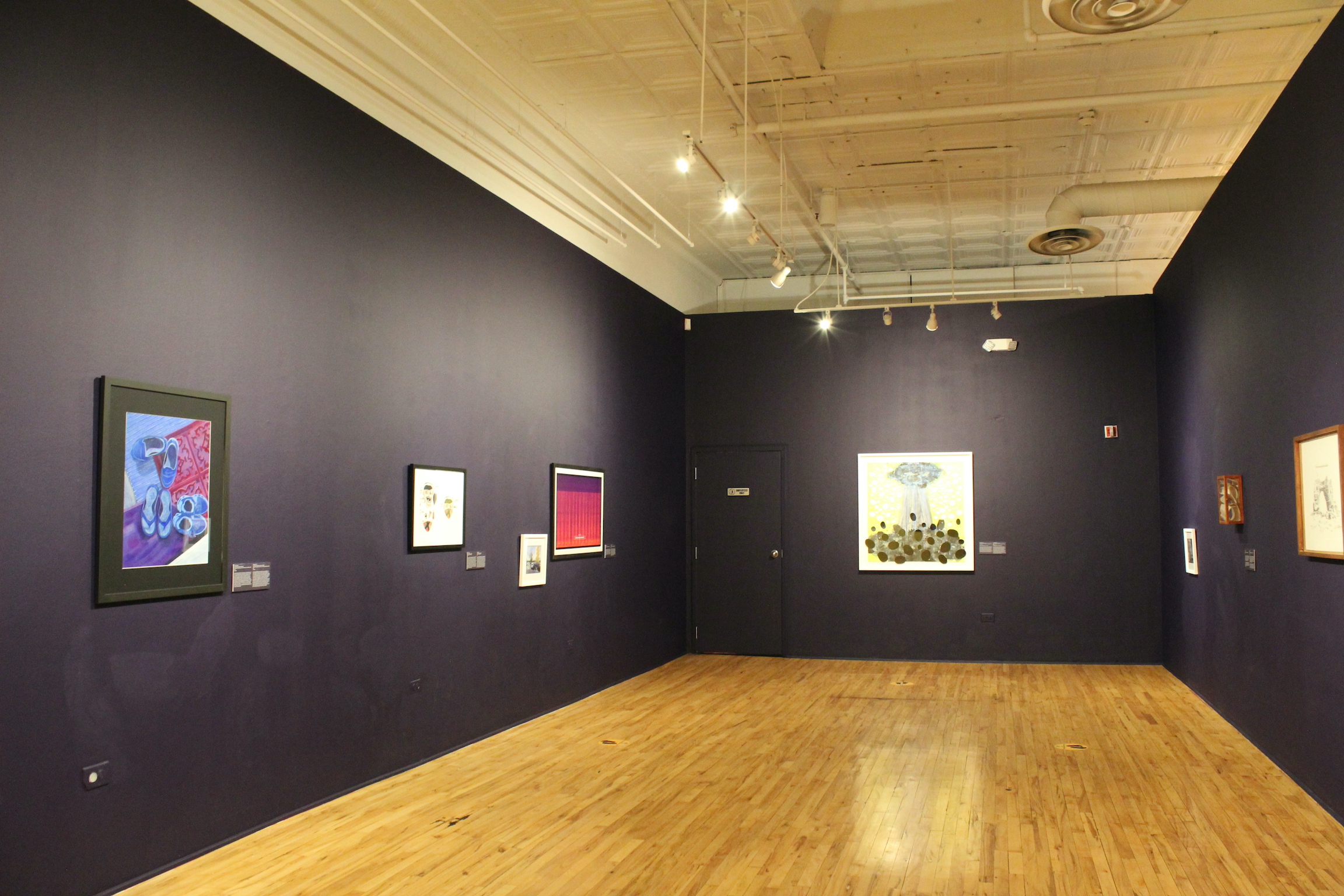 The Biennial of the Americas is a Denver-based nonprofit organization that strives to create a hub of community engagement through programs and opportunities. It hosts an annual festival honoring North, Central, South America and the Caribbean culture, numerous art exhibitions and other entrepreneurial and youth projects.

“There really isn’t a show in Denver that I can think of that brought together this many artists at this time,” added Velasquez.

The exhibit is on view until September 25 and includes free admission.