The “Metal Tour of the Year” defied all odds to bring some of metal’s biggest names to Denver on Friday night. Originally announced in the summer of 2019, the tour marked Megadeth frontman Dave Mustaine’s return to the stage following his battle with throat cancer. Billed alongside Lamb of God, Trivium and In Flames, Megadeth’s return to live music would provide exactly what the headline offered — The Metal Tour of the Year. However, much to the disappointment of the metal community at large, COVID-19 put an end to the tour before the metal monoliths on the bill got a chance to hit the road.

The long-awaited return of metal finally came earlier this month with the tour kicking off in Austin. The Metal Tour of the Year made its way to Denver’s Ball Arena on Friday night. Replacing the originally billed In Flames, Florida-based metal outfit Hatebreed opened the evening with a relentless set that greeted the steady stream of fans that trickled into the venue. 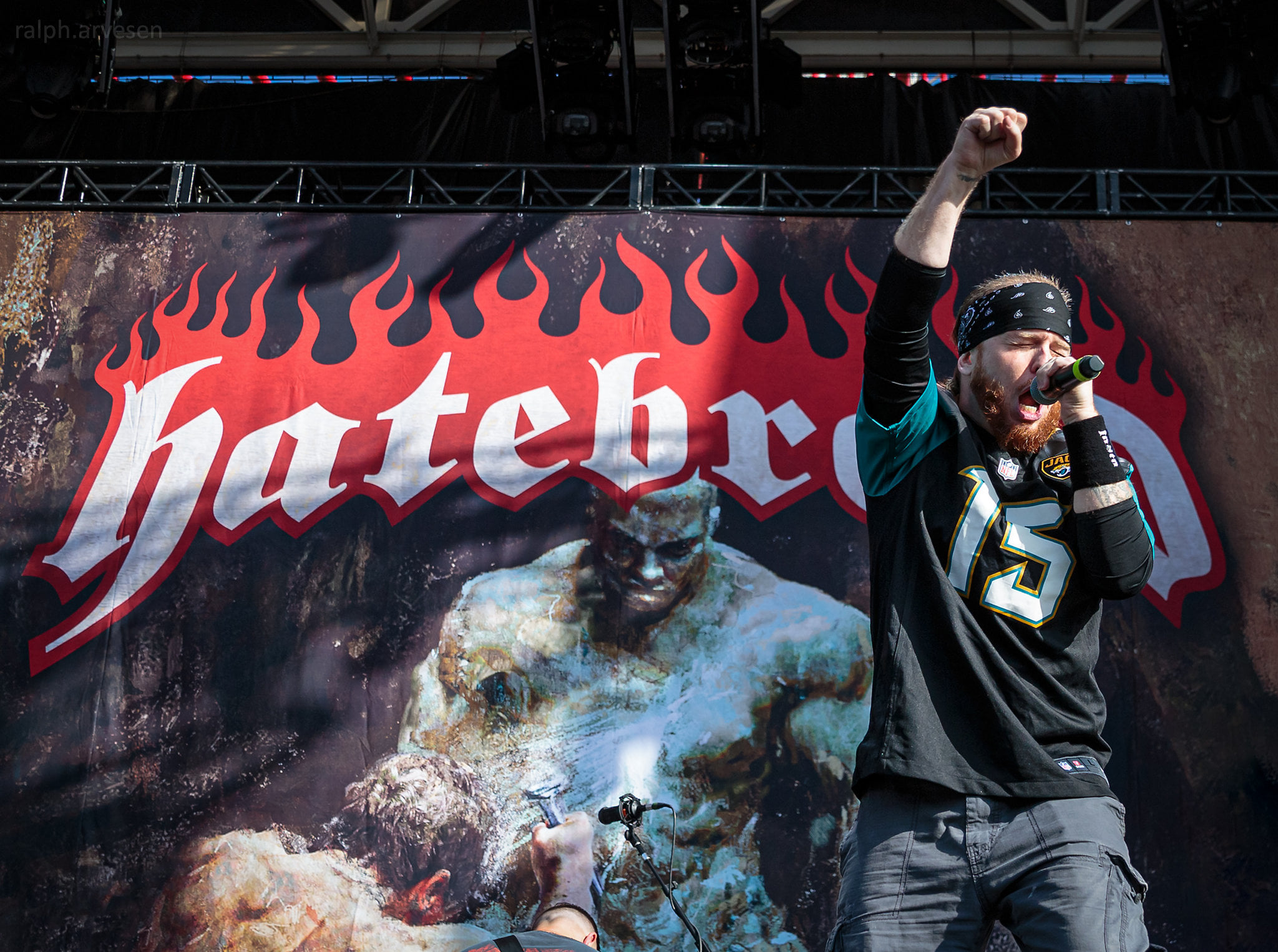 “There were a lot of people that didn’t want this tour to happen,” Hatebreed’s frontman Jamey Jasta called out over the crowd as fans continued to fill Ball Arena. Despite signs that guided attendees to wear masks and refrain from moshing or crowd surfing, fans in attendance quickly found themselves caught up in the euphoria of their return to live music. Throwing caution to the wind, fans embraced and moshed, reveling in the moment.

After Hatebreed bid the crowd farewell, Trivium took command of Ball Arena, transforming the pit into a frenzied whirlpool. Trivium’s fanbase showed up and showed out, with merchandise from past albums and tours sprinkled throughout the audience. Frontman Matt Heafy paused between songs to challenge fans, taunting that the crowd in Albuquerque two nights before had been more enthusiastic. Undaunted, Denver rose to the challenge, quickly earning Heafy’s approval as he dubbed Denver the best crowd of the tour. The audience’s excitement escalated to a boiling point–then a fight broke out in the crowd. Noticing as he began the last verse of the band’s final song, Heafy halted the set, calling down to the crowd and breaking up the brawl. “You guys good?” he called down before reminding the crowd to take care of each other and finishing the verse and returning the venue to its prior state of enthusiasm. 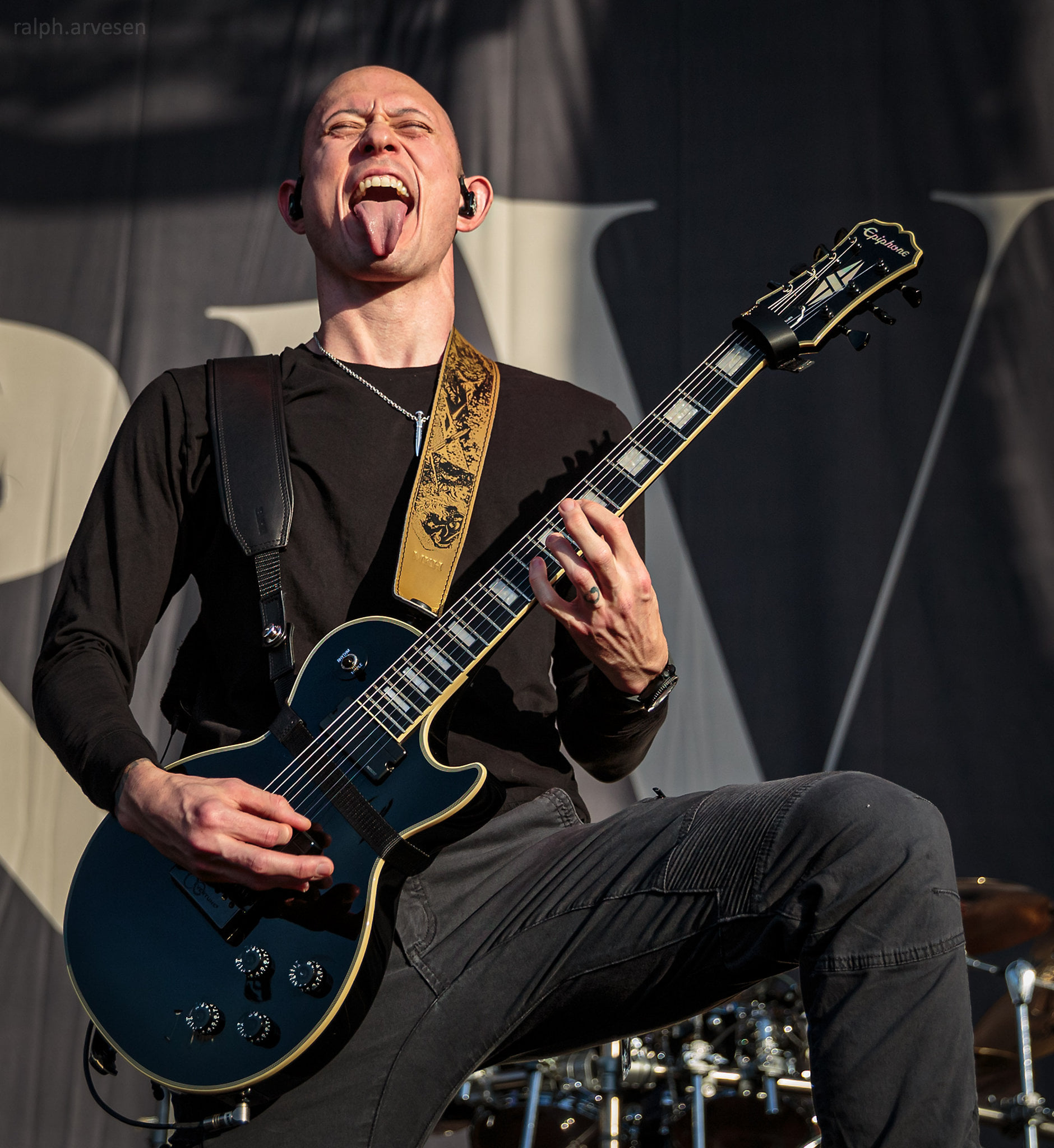 The atmosphere intensified with excitement as fans waited in anticipation for Lamb of God. Performing in Denver for the first time since last year’s release of their self-titled album, Lamb of God began the slow opener of the album, “Memento Mori,” while obscured behind a black curtain emblazoned with the band’s name. Tension continued to build for nearly two minutes until the curtain dropped, revealing the band as the crowd erupted along with the instrumentals of the song.

“I didn’t know if we’d get to do this again,” Lamb of God’s frontman, Randy Blythe, called over the crowd. “It feels so fuckin’ good motherfuckers.” Blythe rallied the crowd, enthusiastically taking command of the stage throughout the entire hour-long performance. Ball Arena had been converted into a ticking time bomb–one that went off when Blythe called for the biggest circle pit of the night before closing Lamb of God’s set with “Redneck.” 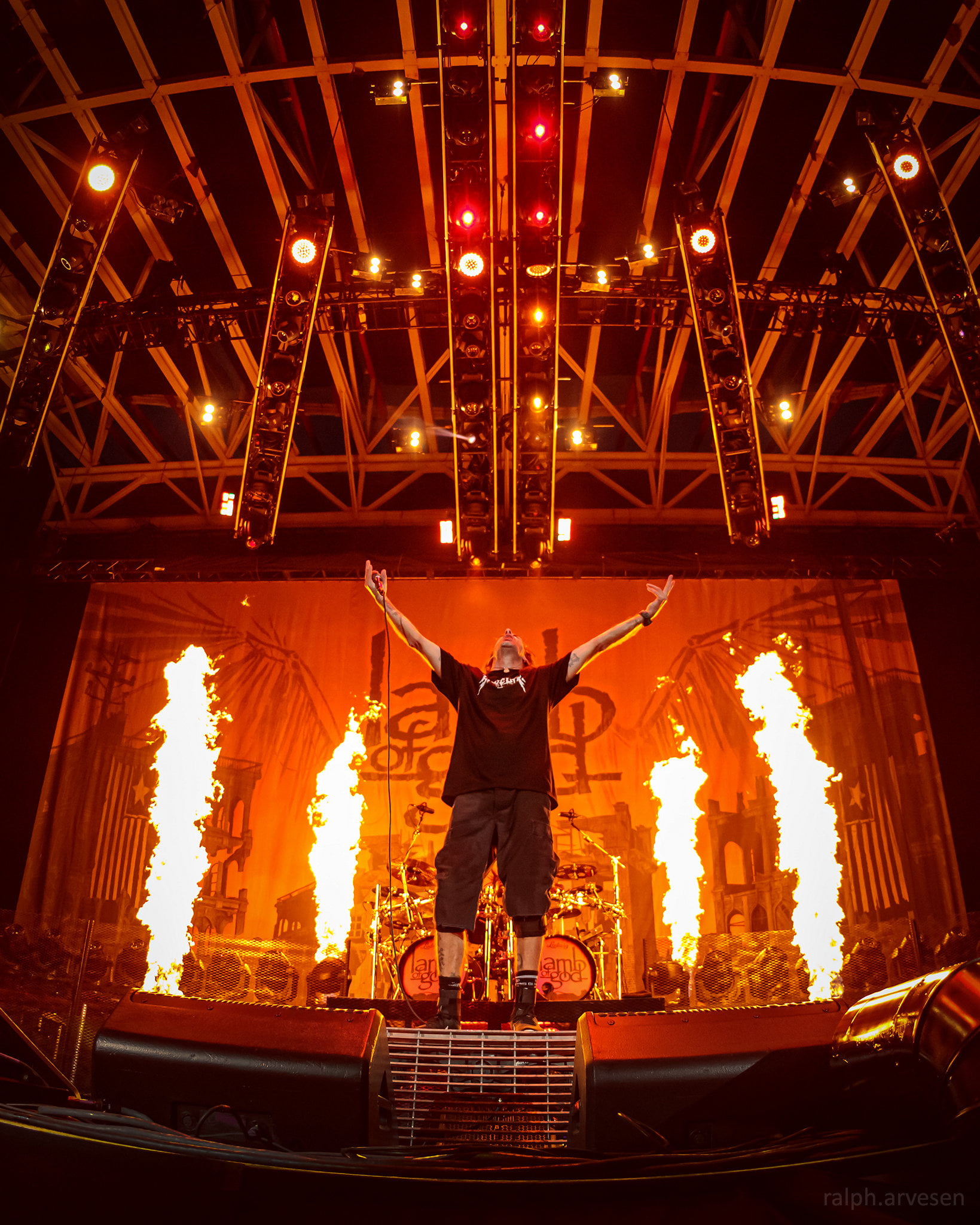 The evening ended with one of metal’s greats–Megadeth. The band took the stage and played with concentrated enthusiasm. However, Mustaine’s vocals were initially muddied and difficult to distinguish among the instrumentals. Enamored with the music, fans nodded along with the beat. Megadeth’s simple stage setup found them positioned in front of large LED screens. As the image on the screens transformed to a dystopian future reminiscent of Mad Max, the characters from the screen emerged in real life as robots peering into the crowd. While fans remained restrained compared to their frenzied moshing earlier in the evening, the audience never lost its faith in Megadeth. When they did find their footing, the metal monoliths whipped fans into a raucous frenzy with a performance of “Symphony of Destruction,” before playing a couple more songs and bidding the audience goodnight.