All Photos Provided by Erin Stereo

For the last decade, Erin Stereo has been entertaining crowds across Denver with dozens of mixtapes and house-centric DJ sets. She’s gone from performing for crowds of five-to-ten people at local coffee shops to performing in front of hundreds at venues like Bar Standard. Regardless of her audience, though, the quality of her performance remains the same. House music is something that runs in Stereo’s blood, something she can’t escape. Even in the midst of an isolated world plagued by a strange virus, she continued to DJ from the comfort of her own home. After a year of virtual shows live music is finally back, and Erin Stereo has been taking full advantage. This weekend, she’ll be performing at the 303 Magazine‘s Beach Party. We caught up with Erin Stereo ahead of the beach party to talk about her decade-long journey as a DJ, the unifying nature of house music and the struggles of djing in a virtual world.

Erin Stereo: About 11 years. 2010 is about the time I really started digging in.

303: How did you get into deejaying house music?

ES: Well, I didn’t know I loved house music in the ’90s because I didn’t have a name for it, but I’ve always loved house. And then once I started djing, I fell in love with the way that house music is really made to be blended. There’s lots of long intros, long outros and breakdowns. That stuff is like gold for DJs. So I just kind of fell even further in love with it.

303: You’ve made quite a name for yourself the past few years, and you’re even performing at UMS and the High Ground Music Festival later this year. How has this journey been for you? Any speed bumps along the way so far?

ES: Yeah, well, um, I think COVID is the obvious obstacle or speed bump. I mean, I had some, pretty big things lined up that just basically never happened. Prior to that, it’s just been a slow climb towards the goal, towards the bigger and bigger stages, and more and more people joining the community. During COVID a lot of DJs were questioning their trajectory in life, asking themselves “is this the perfect time for me to reinvent myself while no shows are happening?” I never even thought that for a moment. I never even thought about quitting. I just remained patient because there’s nothing else for me to do. It would have been the easiest opportunity to quit djing. No one would wonder why, no one could question you or try to encourage you to stick with it. If you quit during COVID, everybody gets it. Everybody understands why, but for me, I sat there and thought about anything else in the world that I would want to do if I could do anything and there’s nothing I wanted to do as much as DJ. So I just had to practice a lot, keep downloading songs and wait it out.

303: Live music and is finally coming back. How does it feel to be back on stage after a year off?

ES: Better than ever. Honestly, I didn’t think I ever took my shows or my community for granted. And I’m still not sure that I ever did, but I know now that I never will again. It’s an honor to be picking up where I left off pre-COVID, and that the shows I streamed and the mixtapes that I put out still connected with people. Now those people are coming out, having a great time and saying thank you. That has added a whole other level of gratitude for me because people are thanking me for doing a stream, getting them to dance in their living rooms and how nice that was, or all they could do was go for walks or runs because their gym was closed and they bumped my mixtape. Connecting with people virtually was all we could do, and it was really important to do that. But now that I’m back face to face with people who are expressing how much that helped them and how exciting that was for them. It has just been more rewarding than I ever could have imagined. 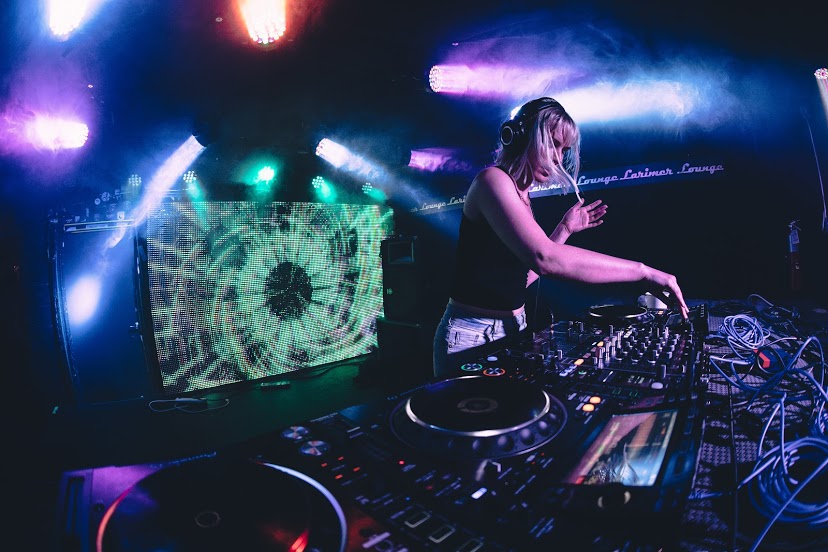 All photos provided by Erin Stereo

303: Everyone spent 2020 differently, everyone had their own coping mechanisms. How did you cope with the isolation last year? What role did music play in maintaining your sanity?

ES: I really enjoyed the explosion of live streams because it allowed me to see some of my favorite DJs and some of my idols up close and personal. All of a sudden, I’m right there as if I’m standing next to them in the DJ booth. That was something that helped me cope and also something that really kept my gears turning about djing because when you watch another DJ, especially someone that you admire, it just gets your brain working. I kept downloading songs and kept playing because as long as I’m playing, I feel like I’m moving forward. Even if I never got to play or DJ for anyone ever again, I still feel the most alive when I just have good tracks bumping. So between just watching other DJs and continuing to DJ as if nothing had ever changed, that was really just what gave me the power to wait it out and to make it through without losing hope.

303: What was it like transitioning to a virtual-only format last year?

ES: Well, there were a lot of technical details to be worked out, which was confusing because as an artist, I specialize in music and in mixing and reading a crowd, all these things that DJs do. But streaming requires this other set of skills and knowledge, so everybody instantly had to ask questions like ‘what gear do I need to make this happen?’ And then ‘what chords?’ And then ‘what adapters do I need to go on those chords?’ And then, you know, ‘how do I make sure that my music is synched up with my video?’ So you got thrown into the deep end with streaming because you had to figure it out and you had to figure it out fast. Just the sheer technicality of learning how to stream and setting up your house and your gear to stream was the first difficulty.

The second thing that I noticed is when you’re streaming online, everybody is seeing the set that you played. If I’m touring around and I play the same set in Denver and the same set in LA, no one’s probably going to know. And if they do, they’re probably my biggest fans. But when you’re online, everybody sees every set you play. So if you get on there and you’re playing the same set a couple of nights in a row that starts to get repetitive. So in a way it forced me to be ultra-fresh and to freestyle and to be creative in the moment because the same 30 people who were watching yesterday could be watching you again today.

303: You’ve long been a DJ at the forefront of the local music scene, what has it been like to start producing and creating more original content? Can we expect an album in the near future?

ES: I definitely want to release an EP. 2022 is kind of when I’m aiming for. Djing is my first love and my first language, so whenever I started dabbling in producing, I was still thinking of all the parts of a song as if they were parts of a mixtape because it just made more sense to me that way. Because of my slightly different approach, maybe it’ll have a slightly different outcome with a slightly different vibe. I just hope to be able to still bring something from my past as a DJ and use that to inform my future as a producer.” 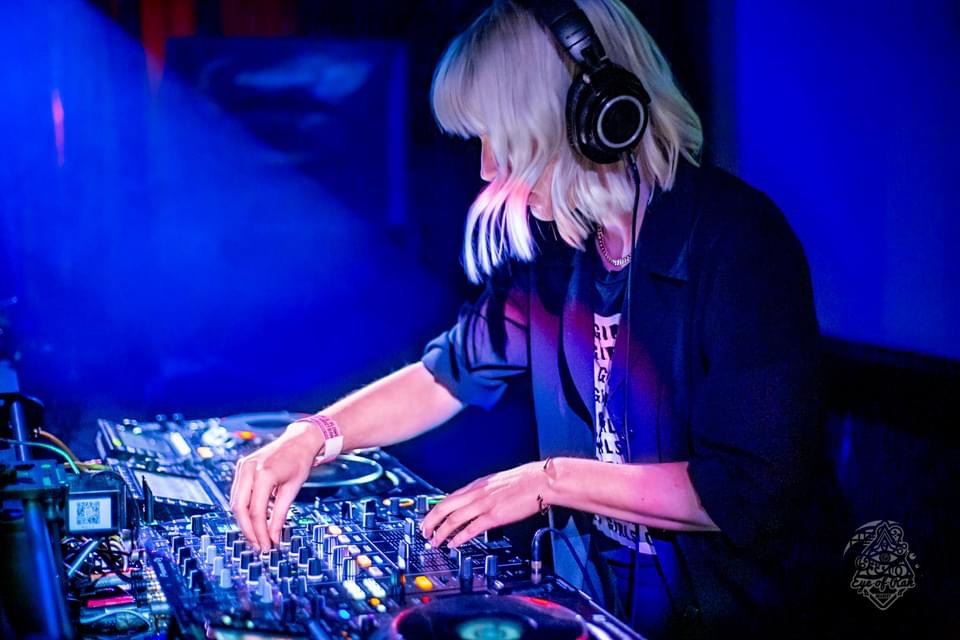 303: What is it about house music to you, that gets the people going?

Erin Stereo: Well, it’s got the heartbeat, right? Which is something that we can all relate to. It’s something that is familiar to us, the heart that beats within us. So it only makes sense that we would connect to it so easily — so effortlessly. I just think that house music can almost feel like it’s a part of you and like you’re a part of it in that way. It’s like an instinct. As soon as you hear house music, your body starts moving independently of your thoughts. You can be mid-conversation, but that body gets going.

303: Denver is known for its eclectic electronic music scene. What is your favorite thing about performing out here? Any favorite crowd moments?

ES: My favorite thing about playing shows in Denver is just the community, which also includes my friends that I’ve made in the time that I’ve lived here. I’m from Colorado, so I know a lot of people in Denver. We have great crowds and some of those people in the crowd are my friends, which is nice. I have had so many amazing moments everywhere from Bar Standard to your corner coffee shop. I have had epic shows for like five people, and those were good moments, really good. Nothing beats a dance party but I’ve definitely had some transcendent moments with crowds of less than ten, so it’s kind of hard to pinpoint one specific moment. I get a special feeling all the time in different settings. I guess recently, like two weeks ago, I was playing at Bar Standard with my friend Rubin and they made us cut the music because everybody was getting too wild. We literally had to stop the show for a minute and get everybody off of the stage. I think that’s pretty indicative of how wild people are ready to get right now. 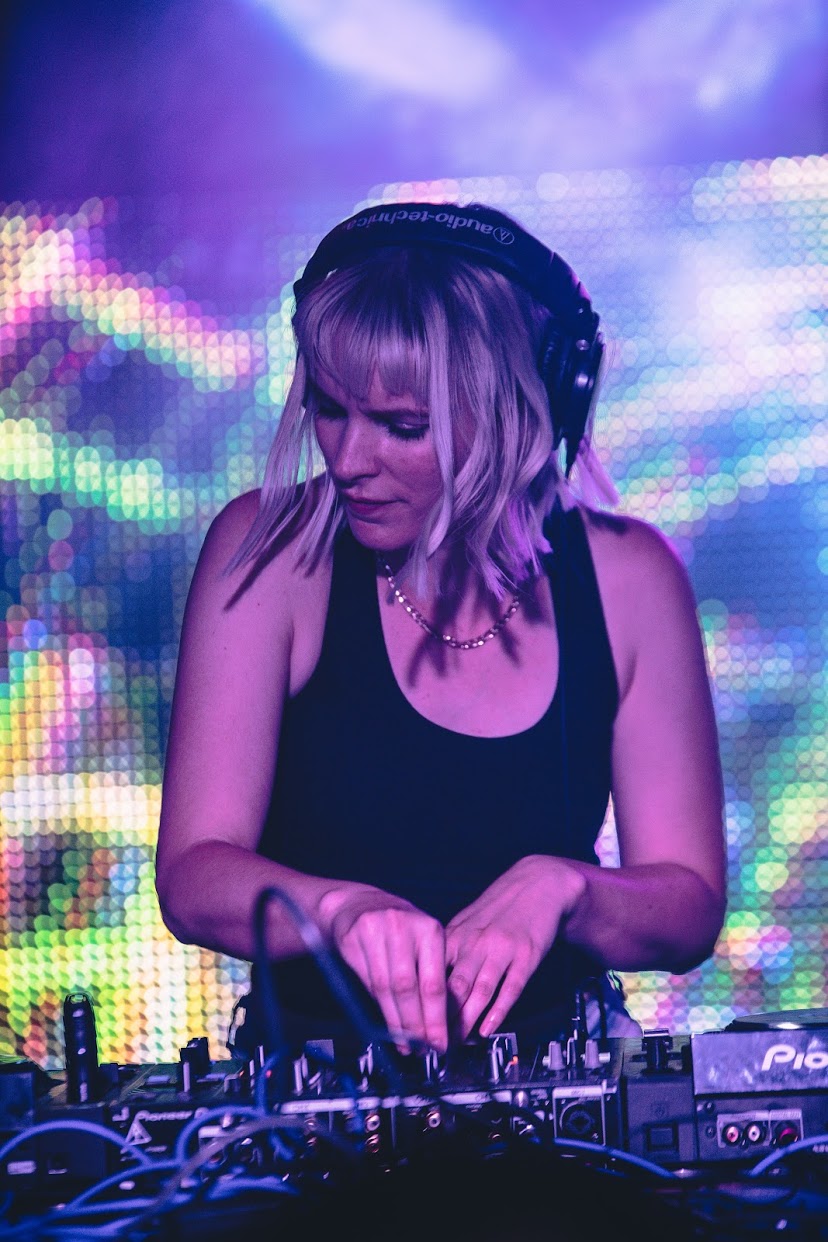 303: You’re performing at the 303 Magazine’s Beach Party this weekend. What are you most looking forward to with this unique venue and set?

Erin Stereo: Well, first of all, we don’t get to have beach parties in Denver almost ever, so it’s very special that we get to cultivate that vibe. I’m super excited about that. I also love djing during the daytime. I don’t know why, but it’s just a different vibe. It always has a very uplifted energy and there’s something really special about playing from the daytime into the night and the way that the music can kind of go with the rotation of the earth. I’m looking forward to kicking it off with a really fun vibe and then just looking out and seeing a beach and seeing some water. That’s rare in Colorado.

303: What can the audience expect for this show?

Erin Stereo: I’m definitely coming out with some house music. That’s what I do. That’s what I love. I also think that fits this setting. But I’m going to keep it on the fun, uplifted side of house music. I want to provide a really joyful soundtrack for the beach party, you know?