“There are around 1,200 people that are sleeping on the streets of Denver tonight, but I simply don’t believe that things have to be that way,” said Cole Chandler. He’s the co-founder and executive director of Colorado Village Collaborative, an organization that works to “bridge the gap between the streets and stable housing.”

Colorado Village Collaborative, or CVC, does this in two ways — with its tiny home villages and safe outdoor spaces. Both of these initiatives aim to serve as transformational housing communities and an alternative to overcrowded shelters. “I think we could live in a city where people have what they need,” said Chandler. “And that’s the sort of city that I’m working to build.” 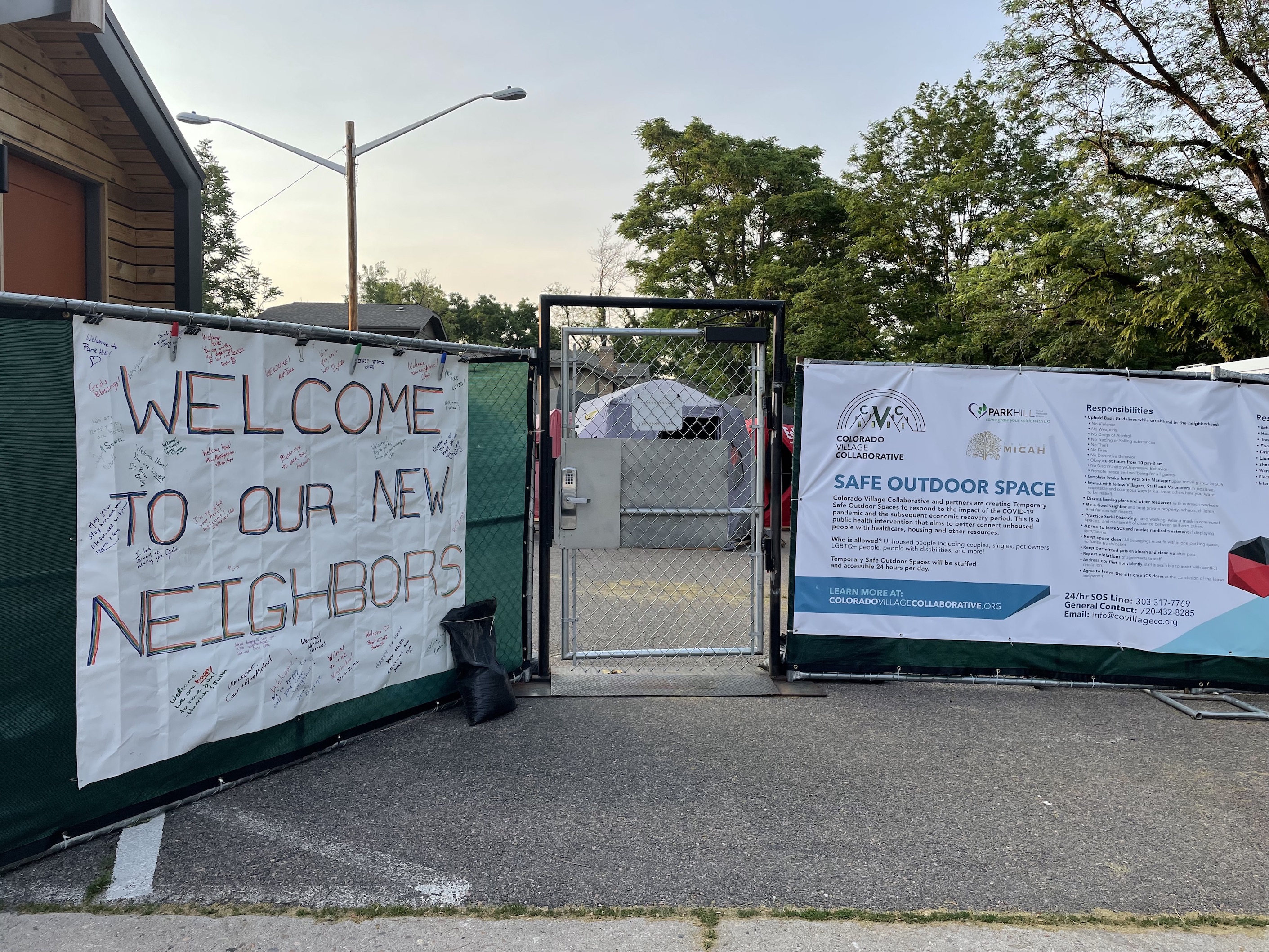 In 2010, Chandler opened a room in his cooperative house to those coming directly from homelessness. Over the next decade, he continued living with people who’d previously been unhoused, increasing his grasp on the pressing issue. In the meantime, he began working at Welton and 24th Street, “at a time when Welton Street looked a lot different than it does now,” he said. “I watched the transformation and gentrification of Five Points take place, and saw the ways that various laws and ordinances and programs were impacting my housemates who were coming from homelessness. I really learned about the city from the front porch and the dining room table,” he added. As a result, this helped him develop what he calls a “ground-level perspective of housing and homelessness issues in the city.” CVC now has two tiny home villages and three safe outdoor spaces throughout Denver.

Those experiencing homelessness were among the populations hit the hardest by the COVID-19 pandemic. A report published at the onset in March of 2020 explained the heightened potential for transmission of the virus among the community. It’s partially due to the lack of access to sanitation and hygiene, as well as their isolation from health care. In addition — global pandemic aside — those experiencing homelessness are at high risk for infection and fatality due to “the accelerated physical decline and mental weathering that frequently results from repeat exposure to harsh elements.”

READ: How Denver Is Failing To Address The Housing Crisis 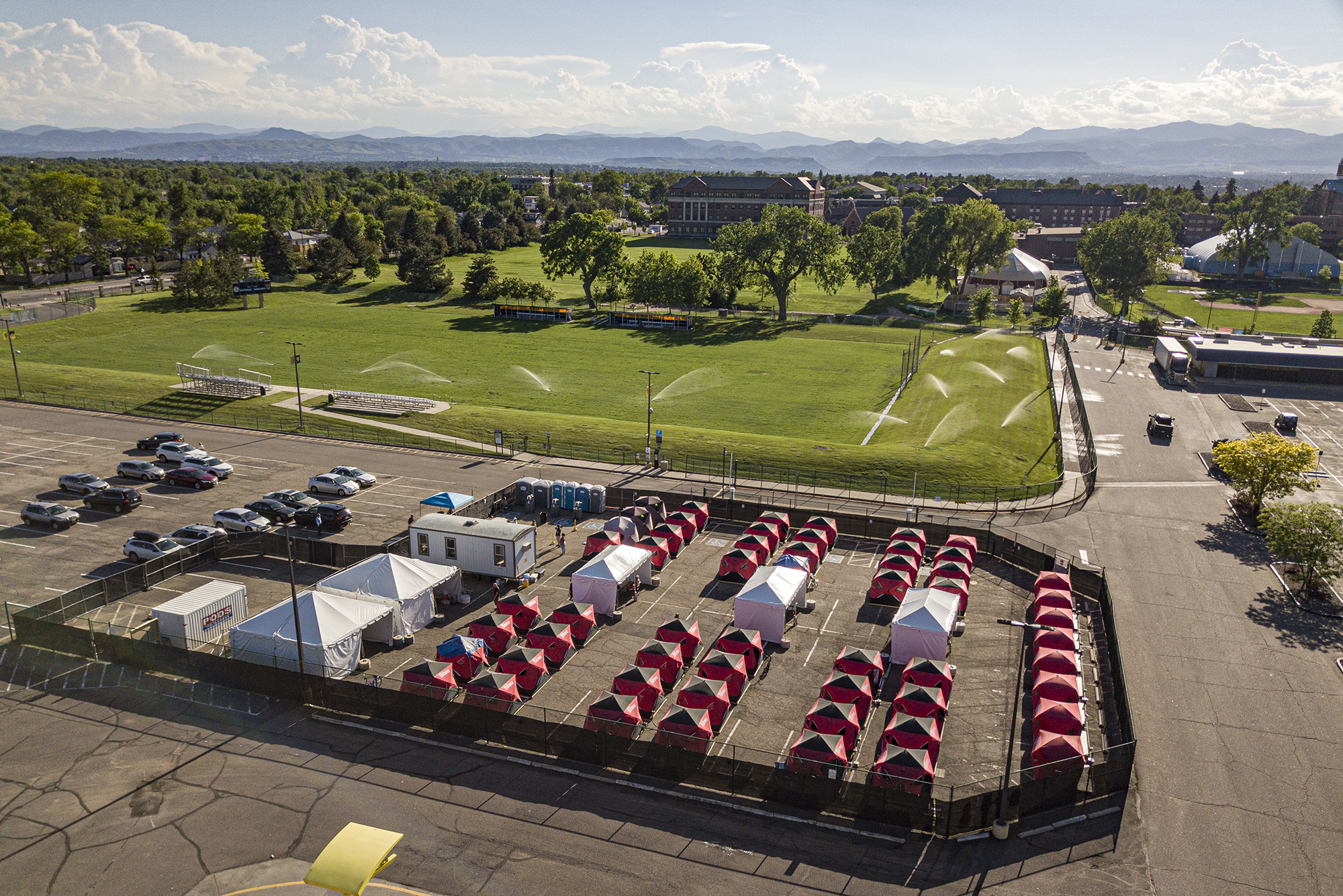 Chandler commented on the effect of shutdowns closures, and other pandemic-related events over the past 18 months. “I mean, the pandemic has certainly led to a significant increase in terms of the number of unsheltered people across the city so there are a lot more people sleeping outside,” he said. “And they’re doing so in much more public ways because for so long, downtown Denver was totally shut down. That really put the issue front and center in a way that maybe it hadn’t been before. I think that created new opportunities to innovate and to meet the needs of our most vulnerable neighbors,” he added.

The CVC tiny homes offer temporary housing to help people transition from homelessness to somewhere more stable and permanent. They cite the average cost to build a unit of affordable housing in Denver as $250,000, while a CVC tiny home costs $15,000 to build. “We are an alternative entry point into the housing continuum rather than having people go into a large shelter with 300 people all in the same space,” explained Chandler. 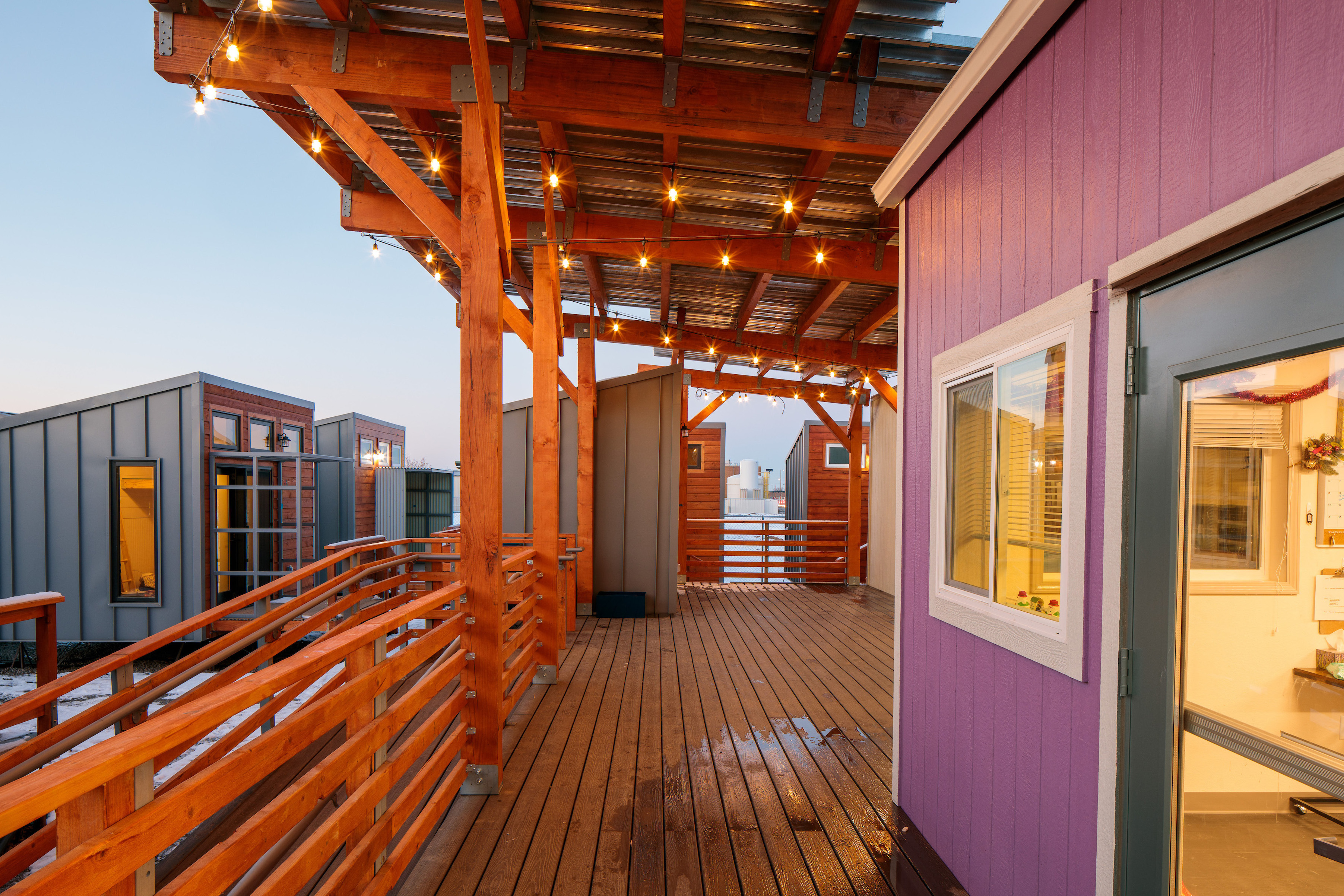 “This is an individualized space. People have their own four walls and they have the dignity that provides, within the context of a supportive community,” he added.  “And then they can leverage that into longer-term housing options that are more traditional.”

The CVC Safe Outdoor Spaces (SOS) opened in December of 2020. These well-managed camps were conceptualized to stop the spread of COVID-19 among those unhoused in Denver. The spaces aim to connect the residents to resources to pursue other housing and case management services, as well as to reduce the amount of “unsanctioned camps” where the virus could spread rapidly. Each SOS has tents equipped with heat and electricity, access to showers and laundry and 24/7 staffers and security. 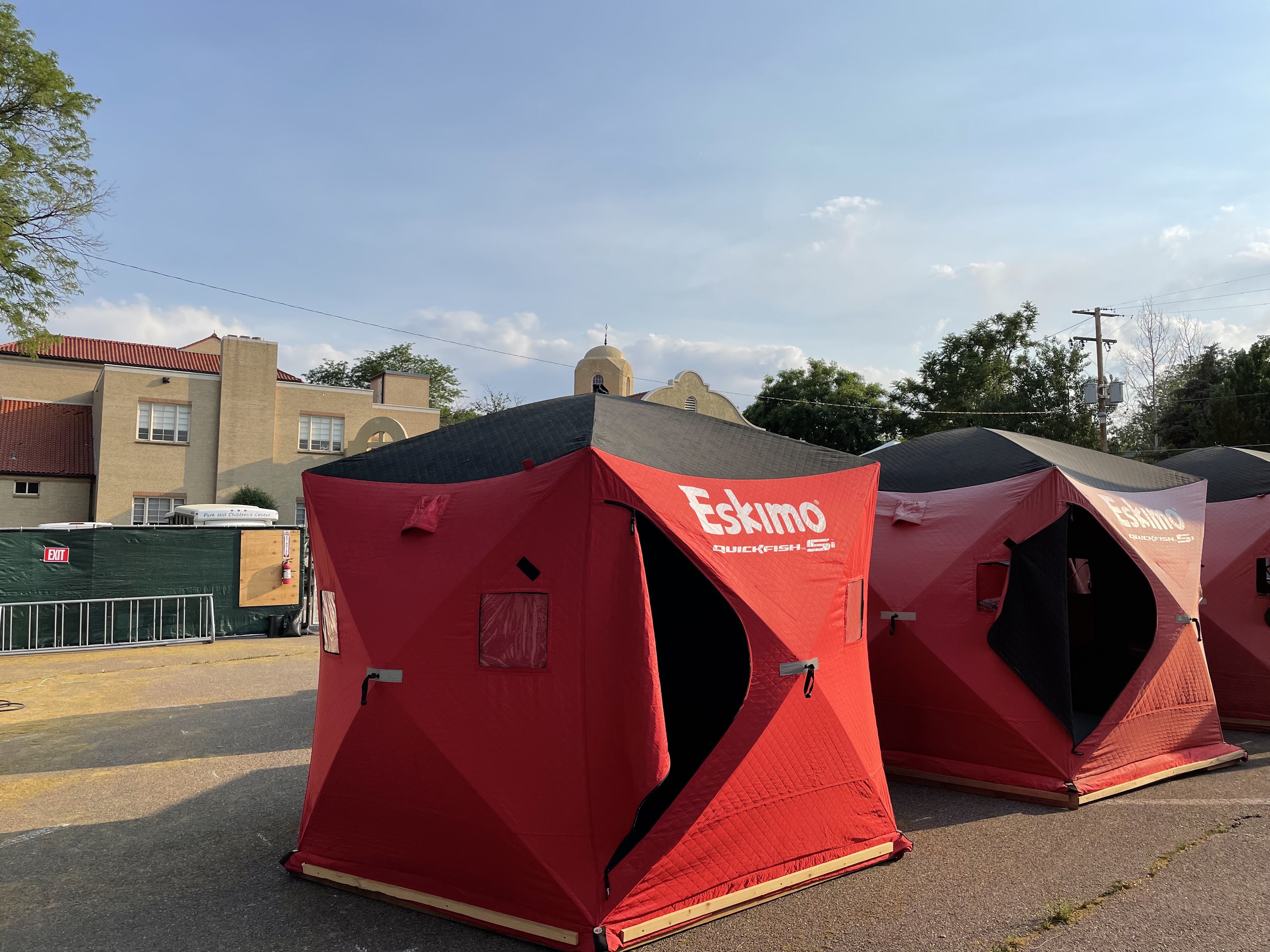 “It’s encouraging to me when we’re able to get people into these options and out of vulnerable environments and then help them transition on into longer-term housing options,” said Chandler. “I mean, that’s what the work is all about; continuing to push that work forward is really invigorating and exciting.”