Big Dopes Commit to Compromise on “Lovers On The Weekdays”

Monday through Friday are far too often filled with the mundanity of work and the day-to-day hustle in anticipation of the weekend. With rinse and repeat uniformity, we clock in and clock out like clockwork with relative certainty we will cut loose only to return to the office feeling as if the cyclical break was cut too short. Times like these make one wish for a getaway — an escape from the weekdays of malaise and dread to the weekends of freedom and fun. Alas, getaways are few and far between, but fortunately, Denver-based indie rock outfit, Big Dopes have found a way out, or something subversively in between to break up the blasé. 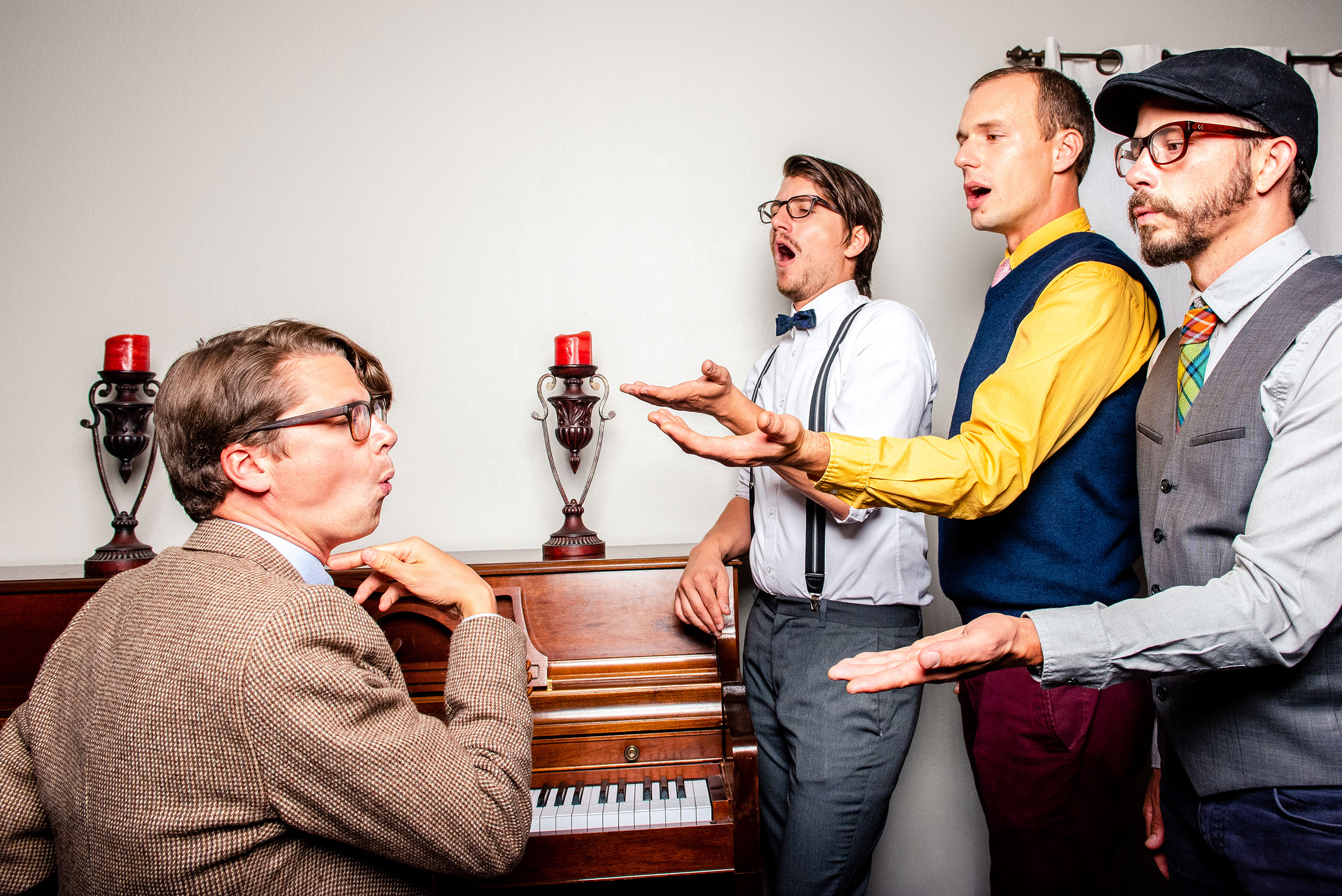 “Lovers On The Weekdays,” the first single from Big Dopes’ forthcoming record, Destination Wedding is a staycation that ponders a dysfunctional relationship and begs for a concession. This isn’t couples therapy, however, as the tongue-in-cheek song stands upright and playful as if to ask, “can a dog get a bone?” It’s casual or at least it hopes to be — fingers crossed.

“I always wanted to have a song that my mom could dance to and I feel like this might be the one,” remarked lead singer, Eddie Schmid.  “It wasn’t intentional, but it kind of happened that way and I was pretty pleased with that. I wrote the song last year and we already had most of the songs kind of squared away for the [forthcoming] album. I was talking to the rest of the bandmates, and I’m like, ‘dudes, I’m pretty stoked about the song, I like the chord progression, like lyrics and directions, and I would love to make something with this and see if you guys can do with it.”

The resulting song is breezy and light, far more upbeat than the ’90s alt-rock of a typical Big Dopes track, but it continues to build off the band’s slightly neurotic quirky writing style. Mentions of performing a séance out of boredom brush up against an unintended reaction to copying the keys to one’s apartment for one’s significant other in hilarious accord.  Horns right out of Spoon’s playbook pierce the track, adding just the right amount of pep set to entice even the most dedicated wallflowers to take up residence on the dance floor to dance out the disappointment. If not to mend a lack of commitment, “Lovers On The Weekends” aims for closure by way of leaving the door open to compromise. 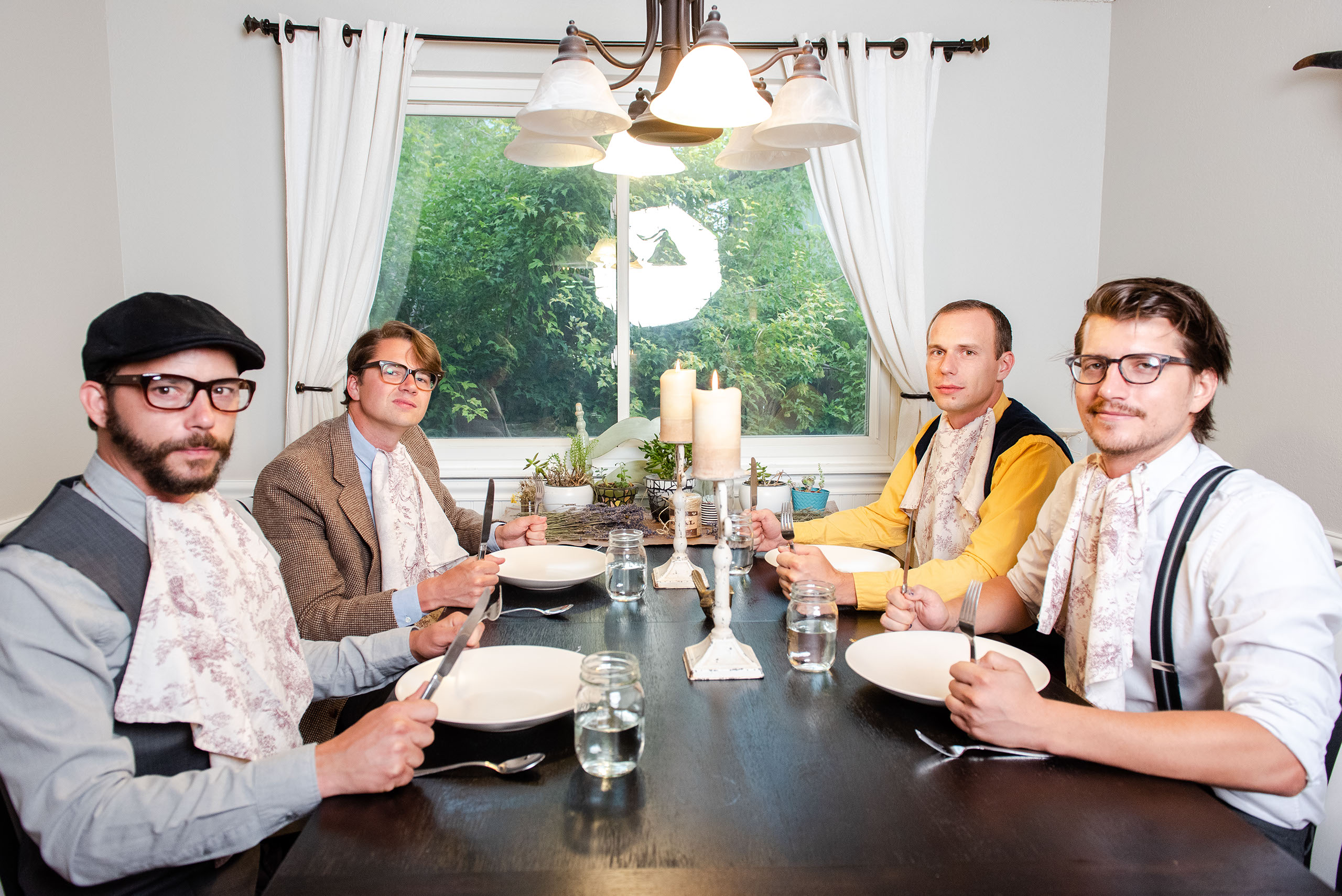 As mentioned prior, “Lovers on the Weekend” is the first taste of the band’s forthcoming album, Destination Wedding. Despite the name of the album, however, the subject matter won’t be all fun in the sun.

“I’ve been trying to maintain relationships with people who live far away and that the title, and I guess speaks to me and while there’s a sort of a surface-level cool thing about a destination wedding — it’s also an alienating experience. You’re in a whole other place that’s not where you grew up. It just speaks to the themes of the wedding — you have to put distance and commitment and try to marry those two things. The distance can kind of be an ominous thing in a way.”