United Will Fly Passengers in Boom Supersonic Jets By 2029

Boom Supersonic’s Overture jets run off 100% sustainable aviation fuel (SAF), that can be made up of captured atmospheric CO2, biomass, waste and a number of other alternatives to regular jet fuel – which is responsible for around 2.5% of global carbon dioxide emissions. “Once it’s produced, it’s very similar to conventional jet fuel, but it’s produced in a way that decarbonizes the planet,” explained Mike Leskinen, United’s vice president of corporate development and investor relations. 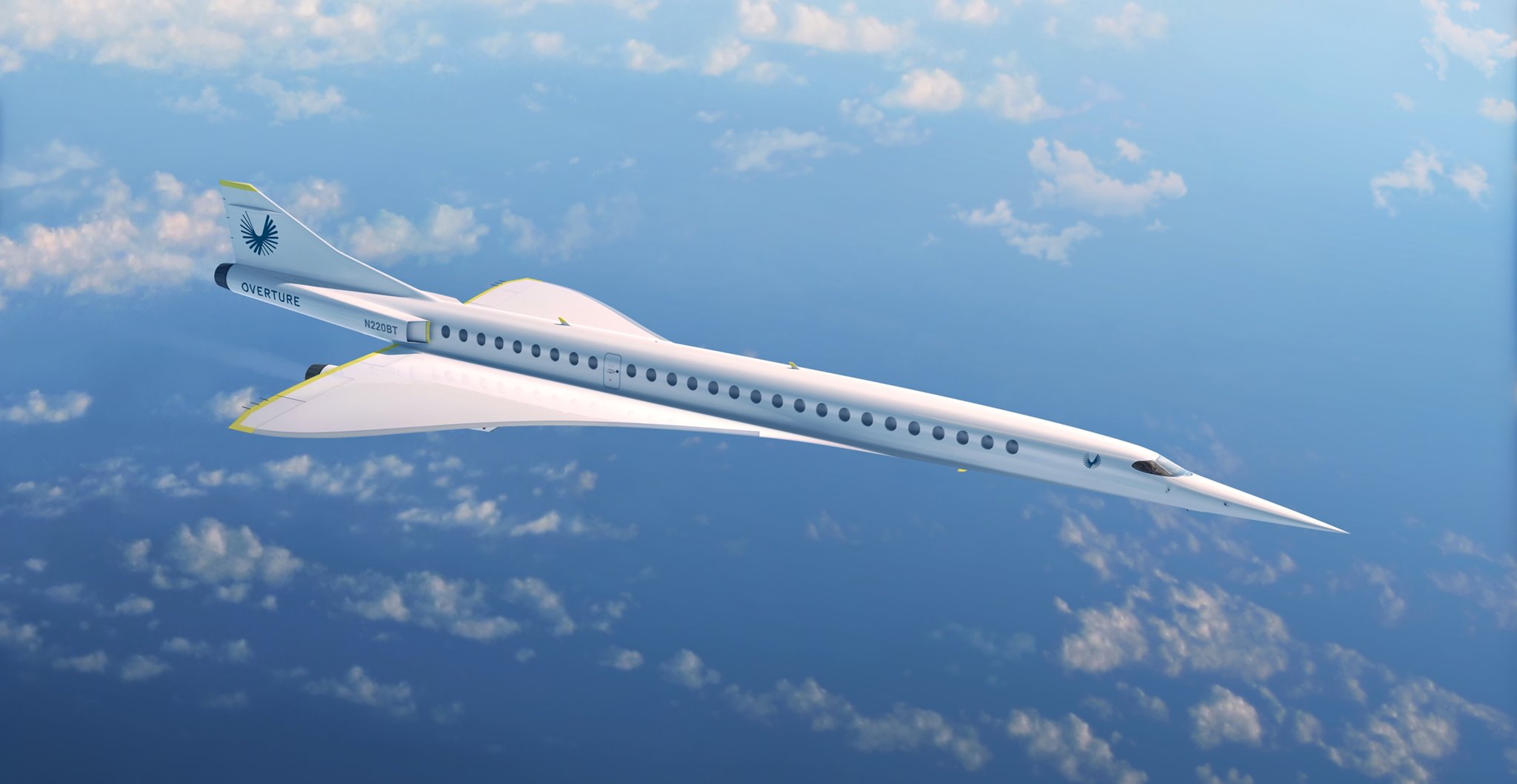 Photo of an Overture jet courtesy of Boom Supersonic

To address noise pollution offset by the aircraft’s sonic boom, Overture will curb any disturbance to noise-sensitive communities through “coastal buffer zones.”

“Travel over water is what creates the most utility for customers,” said Leskinen.

Billed as having “next-generation speed,” the Overture can fly up to 1,304 miles per hour, doubling the speed of the fastest commercial airliners today. That velocity can take an average 12 and a half hour trip from Los Angeles to Seoul down to six and a half hours; Flyers out of New York can make it to London for a day-long business trip in just three and a half hours, halving the time from the average of six and a half hours on a commercial flight. Luckily for those in the carrier – because they’ll be flying so fast – that sonic boom won’t come fast enough to catch up to you in your seat.

“If you think about, say, a trip to western Europe, you could do a business trip in one day. You can go over there, get your work done and get back to see your family that same night. That’s game changing. It’s the same thing with Asia-Pacific – as the range expands for the aircraft – we’ll be able to turn what would be a weeklong trip into a couple of days,” explained Leskinen.

Founded in 2014, the Denver-based company is leading in future air travel proven by its recent deal with the United States Air Force to issue government applications for the Overture carrier, and Japan Airlines pre-ordered 20 Overture carriers.

Aboard the flight, seating is exclusively business class, featuring large, personal windows and stratospheric views in a nook with a large television and a generous workspace. Flying above 60,000 feet above sea level, each flight has a passenger capacity of about 65 to 88 people. 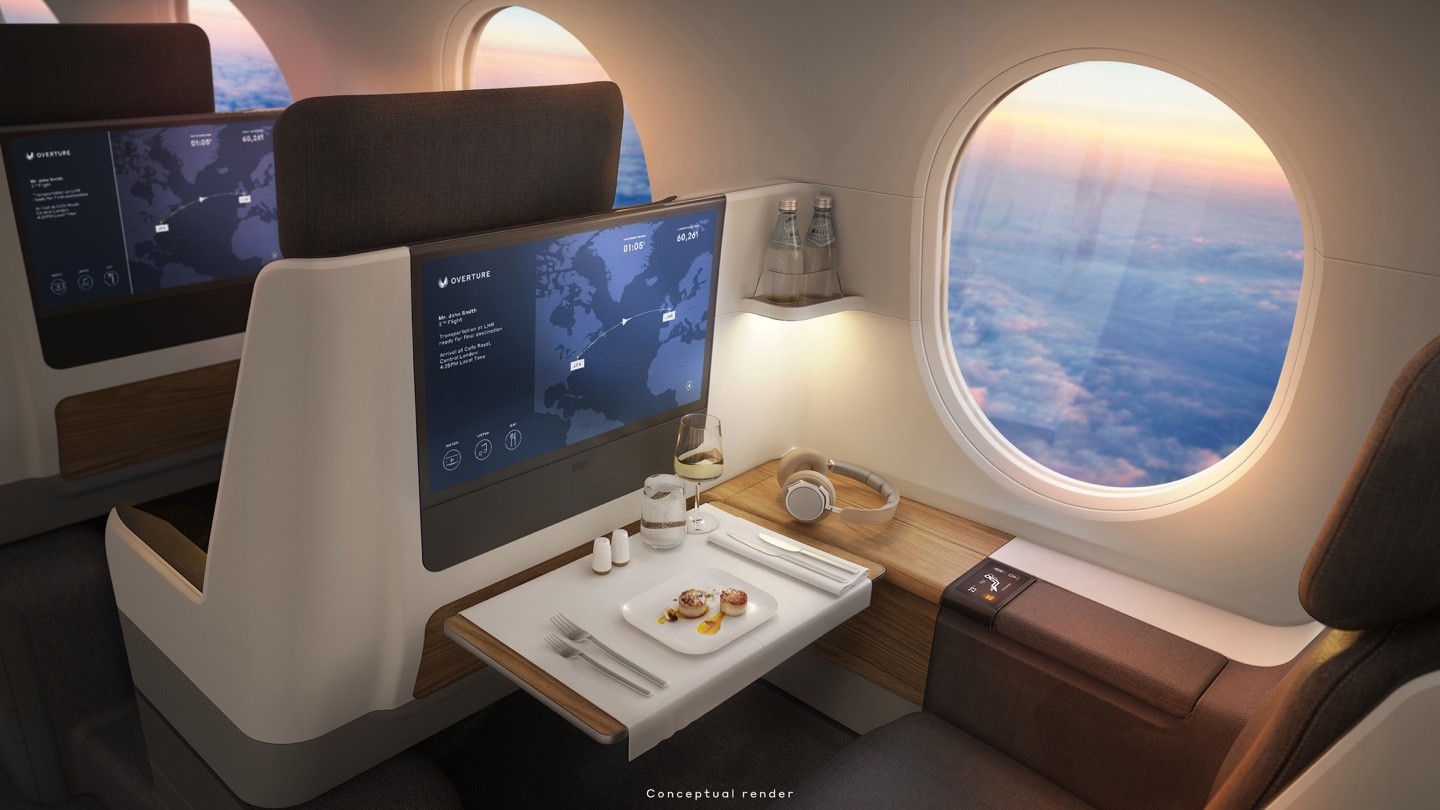 “Our vision is to make Earth more accessible,” announced Boom Supersonic CEO Blake Scholl. The company prides itself on making economic and environmental sense – the environmental aspect sounds promising, but just how economic will it be? There’s no set price tag, but considering the luxurious interior, and overall advanced design of it all – it likely won’t be a small price tag.

“They say money can’t buy time. In this case, money can buy time and we’re working hard to make that a reality,” said Leskinen.

United expects to fly passengers in the new Overture jets by 2029, anticipating to connect over 500 destinations worldwide at supersonic speed.