Blues Traveler Reflects On Their Red Rocks Reign Before Return

Independence Day in Denver provides no shortage of opportunities to celebrate the patriotic holiday. While locations throughout the Mile High provide great views for various fireworks shows, local music lovers know that there’s no better way to party than by tailgating in the Red Rocks parking lot before hiking up to the venue for a night of nonstop jams. After a year that sorely missed them, Blues Traveler, the reigning kings of Fourth of July shows, will keep that tradition alive with their upcoming return to Colorado’s most beloved outdoor venue.

A staple on the Red Rocks concert calendar every year, Blues Traveler’s annual July 4 show is a tradition that dates back to the early ’90s. At that time, the annual show was headlined by classic rock group The Allman Brothers. Blues Traveler acted as tour mates for a three-year stint, from 1989 until 1991, providing them with their first opportunity to play at Red Rocks. “‘91 when we were opening for the Allman Brothers, they did a fourth of July show there and they kind of owned it, but we opened up for them,” Blues Traveler’s guitarist Chan Kinchla told 303 Magazine. 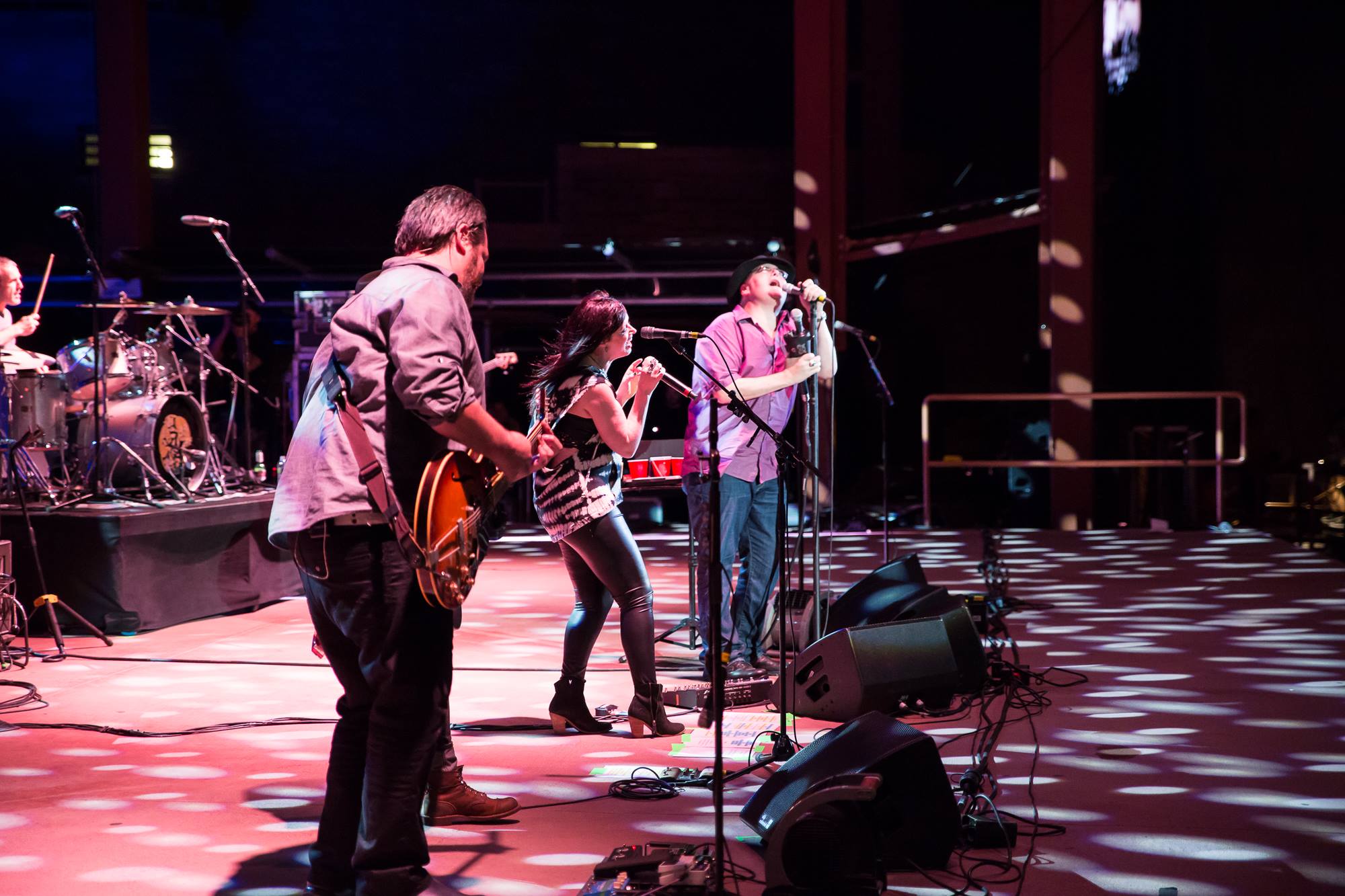 Two years later, in 1993, The Allman Brothers were unable to make it for the Independence Day show. Instead, Blues Traveler hosted their very own music festival at the venue. “And then we just kept coming back,” explained Kinchla. “So, it was just kinda handed off to us from the Allman Brothers and we’ve never given it back.”

A milestone achievement in the career of many musicians, headlining Red Rocks has become a truly special tradition for Blues Traveler. Over the years, the experience at the venue has evolved, becoming a family affair. In fact, the band often invites friends and family out to the show to share in the special experience, serving as a band family reunion.

While there might be more kids backstage than there were at Blues Traveler’s first Red Rocks show, much of the experience has remained the same for the band. But that’s not to say that the band isn’t still enchanted by the iconic venue.

“You know, the actual playing part of it has stayed largely consistent. It’s very rowdy and magical and the place itself has got a very timeless essence to it. The Native Americans used to do ceremonies down in that same place. So, it’s been a place of celebration and worship for a long time. So it’s got this very timeless – you’re looking up at those towering rocks, [it’s] always humbling when you’re there. The actual experience of playing has remained largely consistent, and I think that’s one of its charms,” said Kinchla. 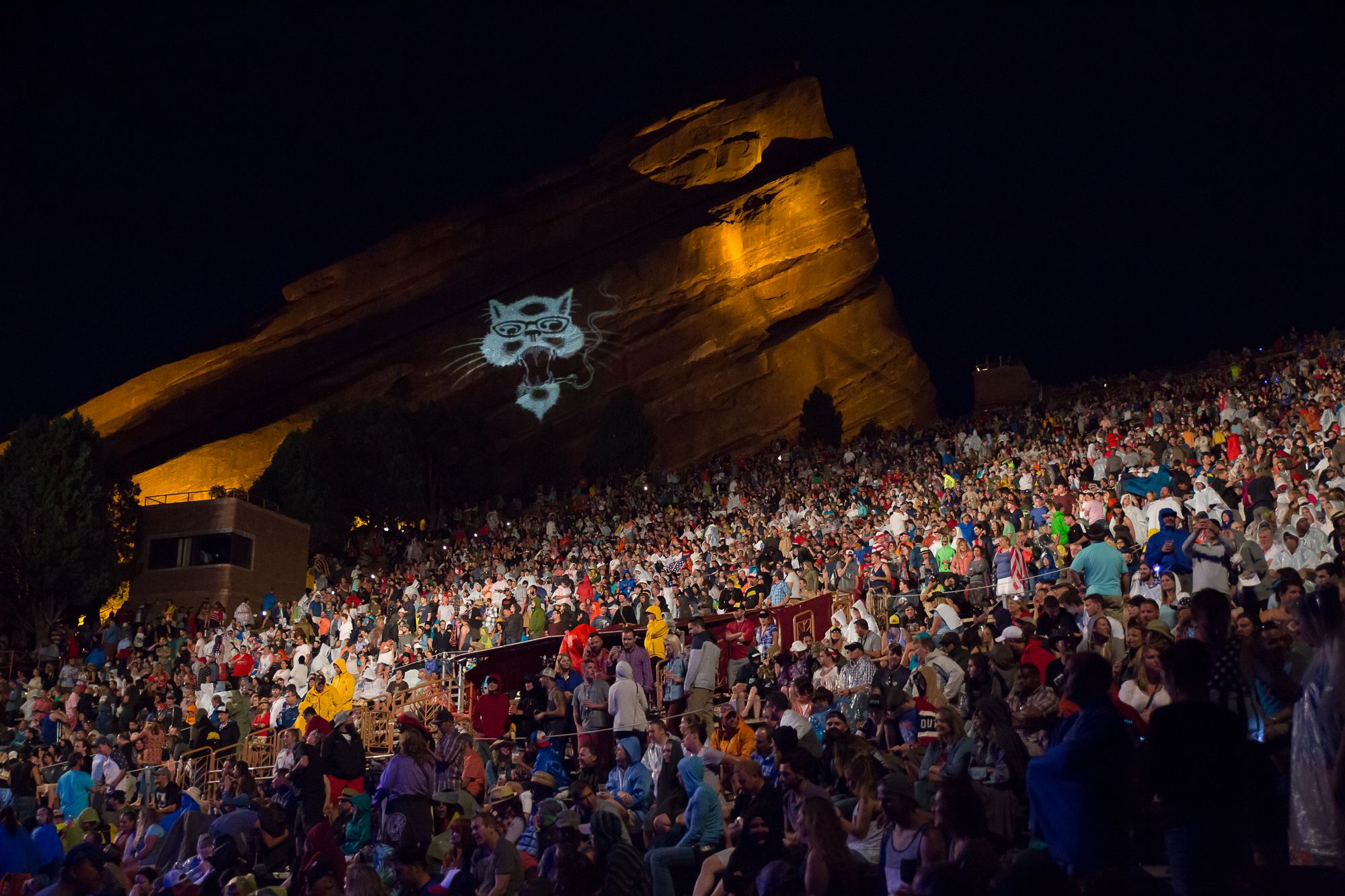 It’s not just the special connection to a one-of-a-kind venue that makes these fourth of July shows special for Blues Traveler. In fact, despite their east coast roots, the quintet simply loves their fanbase in the Centennial State.

“Our first gig off the eastern seaboard that we’re doing, we got a gig somehow in Boulder at the Boulder Theater. So, we drive cross country and have no idea what to expect. Sure enough, we show up and the Boulder Theater is sold out and we’ve had a great love and relationship with Colorado peeps ever since. So, it’s kind of a near and dear to our heart place,” recalled Kinchla.

A band that has spent much of their 30-year career on the road, a year without live music hit Blues Traveler especially hard. Like most, the band originally believed they’d postpone their shows for a couple of weeks, then when the threat of COVID-19 dissipated they’d return to life as normal. Then, as we all experienced, weeks turned into months without an end in sight. After months without music, Blues Traveler jumped at the opportunity to get into the studio and produce a new album. “It was cool that we had the opportunity to put this together. It was a great opportunity — great little kismet,” said Kinchla.

Blues Traveler wanted to produce an album that they’ve waited much of their career for — a blues record. Spending months choosing classic blues songs, the band eventually settled on a shortlist of hits that they’d reimagine with their own unique style.

“We’re kind of from a classic rock background, so there were some [songs] that we knew from that era. But we wanted to do some really old-school stuff and try to do it kinda like [the original artists] did it – but our version. So that’s why we kinda leaned on some of these more old school, original blues songs, along with, you know, some stuff we heard Eric Clapton do,” Kinchla explained.

While that album, Travelers Blues, won’t officially be released until July 30, two songs from the album have been released so far, “Funky Bitch” and “Ball and Chain.” In addition to that release, hopeful fans might get a sneak preview of some of the songs at one of Blues Traveler’s upcoming shows. The band’s upcoming tour includes more than 20 dates around the country, beginning right here in Colorado.