Trevor Noah is taking a shift from his linear 30 minute linear shows and is bringing his “Back to Abnormal Tour” to the Budweiser Events Center at The Ranch in Loveland, Colorado on October 1.

The award-winning comedian, whose show has been nominated for six Emmy awards has since produced original and engaging social content, award-winning digital series, podcasts and other discovery tools for his global audience. Now this fall, Noah will make his trip to Loveland Colorado to perform at the 7,200-seat multi-purpose venue, Budweiser Events Center. 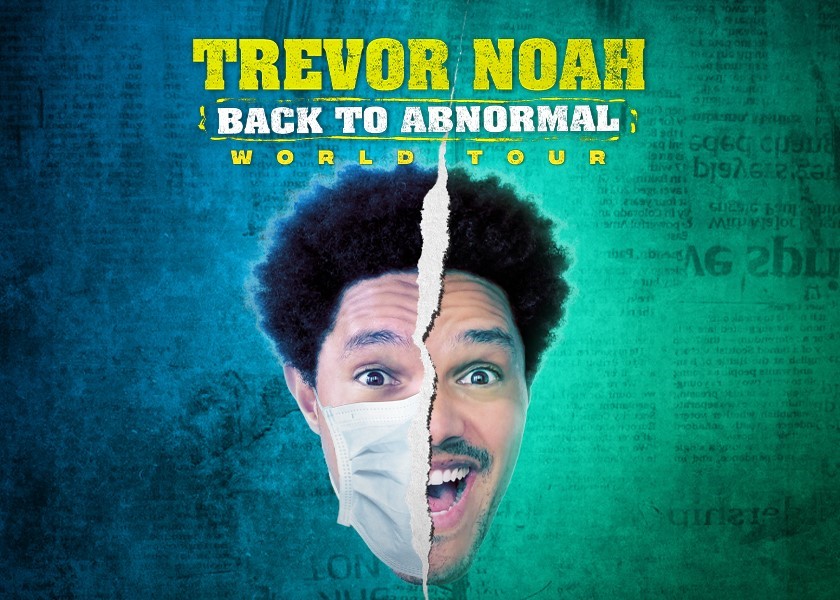 Although a comedian, Noah has previously discussed themes of racism, immigration and more to educate his audience on social justice issues. He discusses all this in his #1 New York Times bestseller, Born a Crime: Stories from a South African Childhood. He has since launched The Trevor Noah Foundation, a youth development initiative that provides access to high-quality education.

His most recent comedy special, Trevor Noah: Son of Patricia, which received an NAACP Image Award for Outstanding Variety Show, as well as a Grammy Award nomination for Best Comedy Album, will set the stage for his highly anticipated tour.

Tickets will be available Friday, June 18 at 10 a.m. MST for purchase online at TREventsComplex.com or in-person at the Orthopaedic & Spine Center of the Rockies (OCR) Box Office at the Budweiser Events Center.