Like too many artists, New Orleans rock band The Revivalists makes their long-awaited return to Red Rocks this Thursday and Friday nights after a year-long hiatus from the beloved venue. In 2018 and 2019 they played just one night each, but it looks like they’re making up for lost time this year with two back-to-back shows to kickstart the weekend. Lead vocalist, guitarist and all-around showman David Shaw gave the scoop on the band’s latest activity, the Revivalists’ upcoming Red Rocks shows and his own solo career, following the release of his self-titled debut earlier this year.

Silver linings have continued to shine through the pandemic clouds, and Shaw found his through the creation of this album. Having “kicked around” the idea of a solo album for a while, he wasn’t sure if that idea would have ever come to fruition without the opportunity that the pandemic presented. 2020 ended up offering an abundance of free time, with touring coming to a screeching halt, the resulting 12-song solo album boasts the best of Shaw’s spectacular musicianship and oozing charisma.

Produced by the renowned Jack Splash, David Shaw encompasses aspects of rock, country and soul. It is one of those albums that feels just as good played soft and low as it does blasting through your stereo system. Shaw described the album as personal, touching on a lot of things near and dear to his heart. For instance, “The Place” is a soft-sung feel-good song written about a cabin that his father built and touches on the feelings that it evokes for him, his father and their friends. Shaw moves in the opposite direction in “Promised Land,” describing himself as not one to shy away from harder topics that we all face within society, especially social injustice.

“I wanted to touch on a few things that were very personal,” Shaw said of his vision for the album. “I put together an amazing team of musicians to help me see that vision through. The response from fans has been really amazing — everybody has been so supportive, and I’m really happy.” 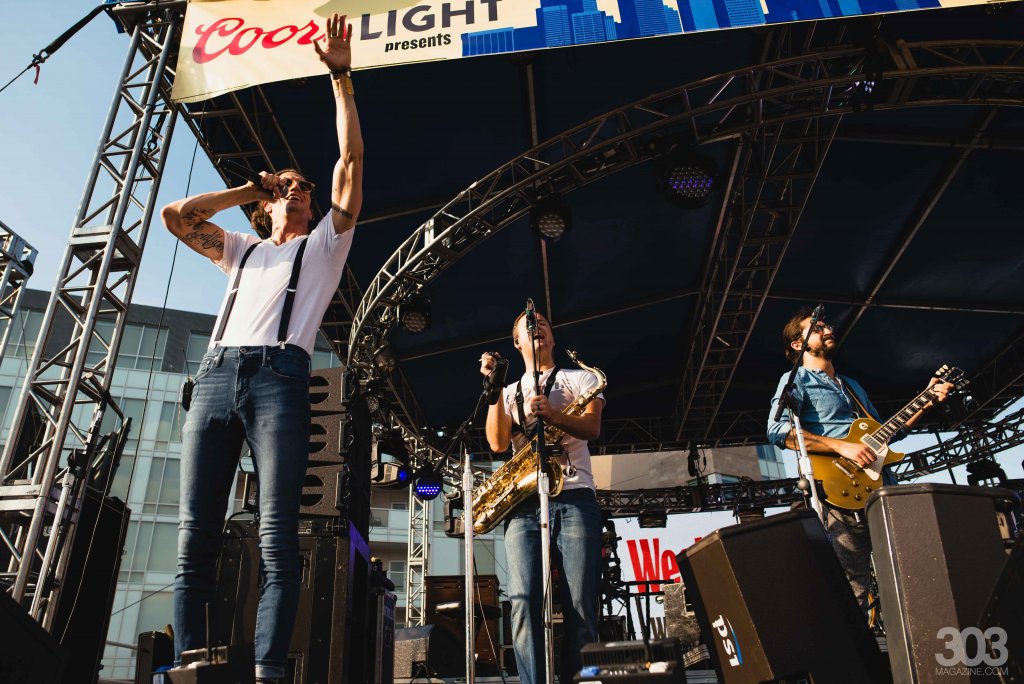 The album has wrapped up just in time for The Revivalists’ first full tour since the pandemic hit, and they’re kicking things off in a big way with Red Rocks as the backdrop for their first “normal” shows back in action. The band — guitarist Zack Feinberg, drummer Andrew Campanelli, bassist George Gekas, pedal steel guitarist Ed Williams, saxophonist Rob Ingraham, keyboardist and trumpeter Michael Girardot and percussionist PJ Howard — have some tricks up their sleeve for these shows. Two sets each night, no repeats, deep cuts and diving deep into the catalog are things to expect from The Revivalists during Thursday and Friday’s extra special shows.

Shaw himself finds it pretty amazing that the band’s first real shows back from the pandemic are at Red Rocks. He considers these shows their “coming out,” and it’s happening at Red Rocks of all places. “I’ve got to think that the universe conspired with us to make that happen, because that’s a true blessing,” Shaw said of the two-night run. He fully expects the combination of the band’s energy and the crowd’s energy to be “other-worldly,” and is beyond excited to play a venue that he feels always brings out the best of the music, where fans really react to the music in the moment.