When Adam Swartz came up with the idea for Umbrla Supply for a class during his freshman year of college, he had no idea that the brand would evolve into a life-long passion. An umbrella is something that traditionally keeps out harsh weather — shielding its user from the elements and providing shelter from a storm. The upside-down umbrella that emblazons Swartz’s products, however, is symbolically more open to interpretation. “Normal umbrellas block out things like rain, wind and hail,” said Swartz. “An upside-down umbrella allows for life and these experiences to fall in and change who you are. The name was inspired by this thought and we wanted a simplified spelling and logo to pair together.” 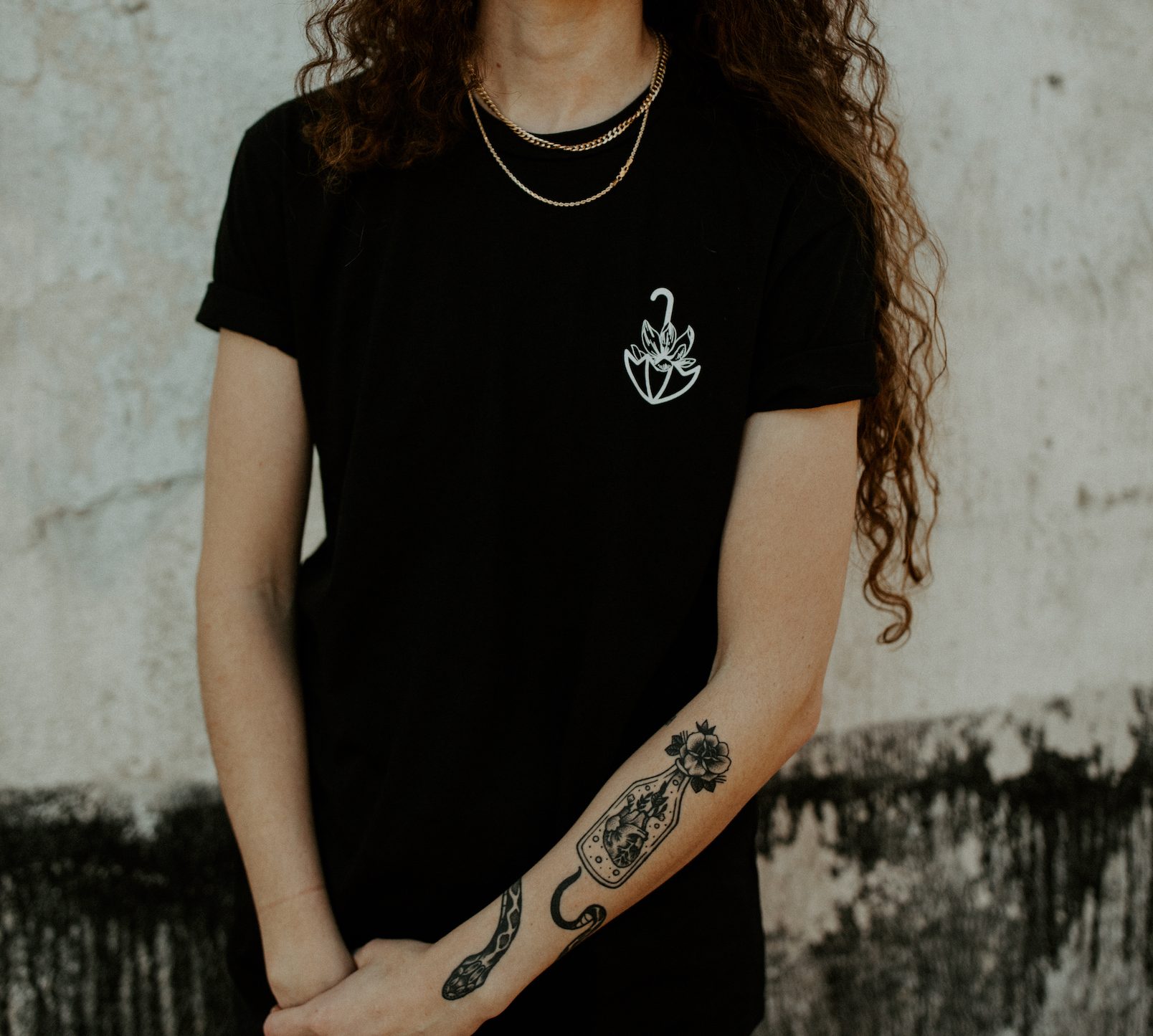 Swartz grew up in Indianapolis and moved to Colorado two days after graduating from Indiana University in 2014. After coming up with the idea for his class project, he’s been “networking and connecting with friends, artists and musicians to help spread the word ever since,” he said. Umbrla Supply “quite literally started in my dorm room and has taken me around the world.”

Along with running Umbrla Supply, Swartz has spent his time since college building a phenomenally successful creative agency with his business partner, Matt Brodeur. They first connected after Swartz “slid into his dm’s.” Swartz offered to trade a newly designed hat in exchange for Brodeur taking photos for his website. After meeting up, they hit it off and continued collaborating. Swartz and Brodeur’s relationship eventually morphed into Umbrla Creative, where they worked together doing content creation and management—including working with photo, video and social channels. In 2019, a New York-based marketing agency called Multiply acquired Umbrla Creative.

Throughout all of his work with the agency, Umbrla Supply has remained a passion for Swartz. The brand offers a variety of clothing and accessories from t-shirts to golf tees, all branded with the signature upside-down umbrella. “We are a lifestyle brand at the intersection of country club and urban lifestyles,” said Swartz. They pride themselves on “creating simple clothing and accessories at reasonable price points for the everyday shopper.”

For Swartz, Denver has been a great place to run the company. “Growing the brand in Colorado has been amazing,” he said. “I get to interact with interesting people from all over. Meeting a new fanbase, group of consumers and followers has expanded my reach beyond any expectation.” These people are essential for him and his brand. “My favorite part about Umbrla Supply is definitely the people I have met along the way from all walks of life,” he said. “I have met best friends around the Boulder/Denver area and also traveled the world. A couple of years ago I was lucky enough to travel to Japan and host a pop-up shop in Harajuku, Tokyo.” Swartz and Brodeur’s work has been able to take them all over Europe, and even to Iceland several times.

Umbrla Supply has always gone beyond the products for Swartz as well. “Originally I was kind of doing the ‘Toms one-for-one model where for everything sold we’re planting one tree,” he said, in reference to Blake Mycoskie’s example of donating a pair of shoes to a child in need for every sale. However, Swartz has been working on shifting his philanthropy model after recent events altered the course of his life. “Last January I had a seizure—and I’ve never had any medical problems in my life,” he said.

It turned out that multiple brain tumors had caused the seizure. As a result, he “ended up having a craniotomy and having a partial resection, and about half of one of the tumors was removed,” he said. Since then, Swartz has been planning to pivot from environmental charity to donating proceeds to an organization helping those struggling with brain tumors. “It would hit a little bit closer to home and I’ve done so much conservation work. We’ve planted so many trees over the years now.”

In conclusion, Swartz’ message is this: “If there is anything you want to do in this life you need to go out and take it, no one is going to hand it to you. Starting this brand changed the entire trajectory of my life and I’m extremely grateful to everyone I’ve met along the way.” 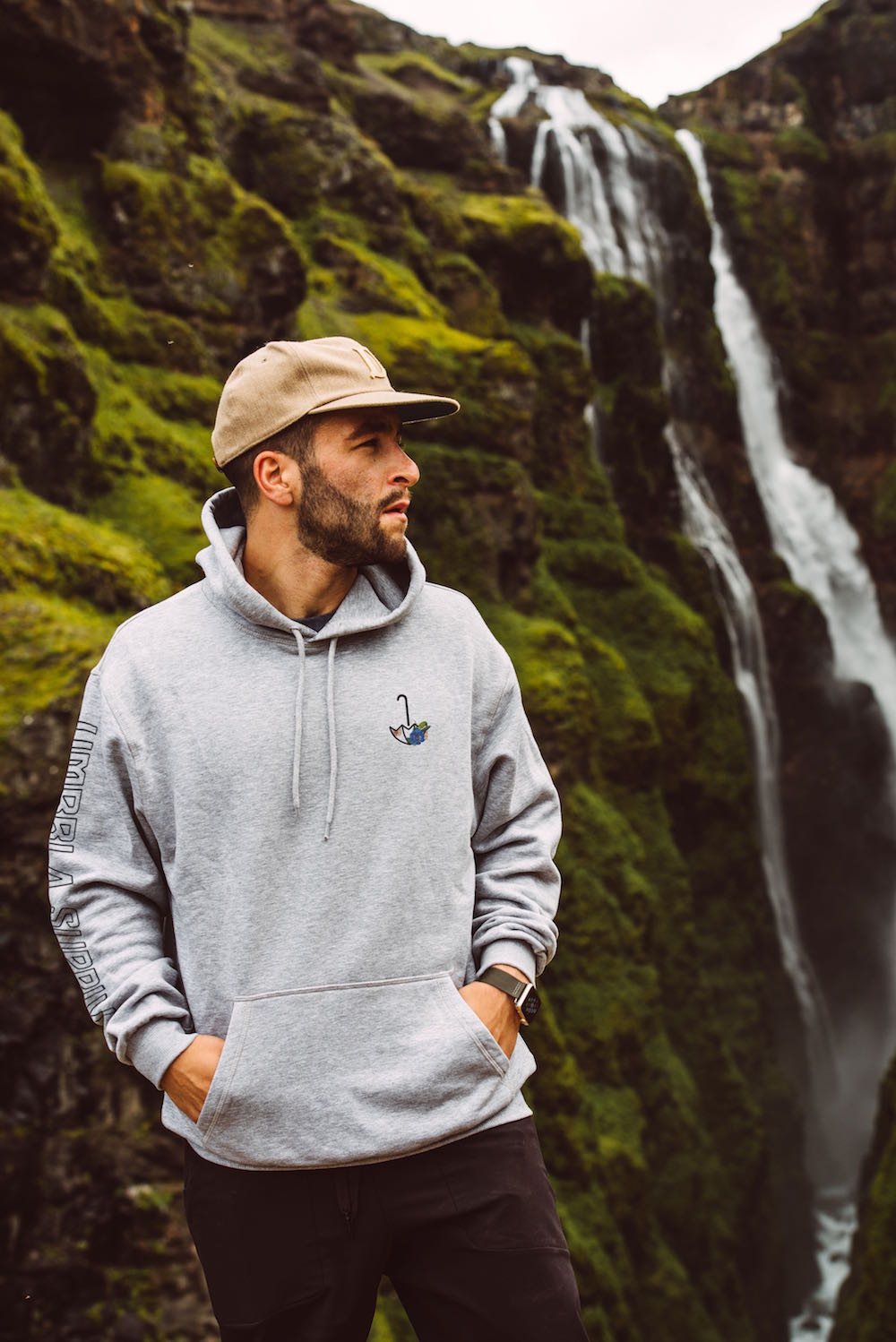 Swartz photographed in one of his designs