These Aurora Doctors Are Fighting Racial Inequities in Vaccine Distribution

As members of BIPOC communities still face barriers to getting the COVID-19 vaccine in Colorado, pop-up clinics and other efforts have sought to promote equality in the vaccine distribution process. One ongoing clinic in Aurora has been particularly effective in reaching these communities — having provided around 2,000 shots in two months. Notably, this project isn’t run by the government or a medical facility. It’s managed completely by a local couple and their friends.

Dr. Cynthia Hazel, research manager at the OMNI Institute, and Dr. Kweku Hazel, a surgical fellow with UCHealth, have been on a years-long journey to bring important health information and resources to the Black community. Both originally from Ghana, Kweku moved to the U.S. as a high schooler and went on to attend medical school in Texas. While he was a med student, he noticed that members of the Black community often had questions and uncertainties about getting medical care due to their experiences with systemic racism. So he started a program to encourage his classmates to visit barbershops and salons in Black communities, where they could answer questions and hear more about the Black experience with medical care. Meanwhile, after studying public health policy in the UK, Cynthia worked for years to provide health education to the elderly population and rural women in Ghana, later moving to the Aurora area when she and Kweku got married in 2014. 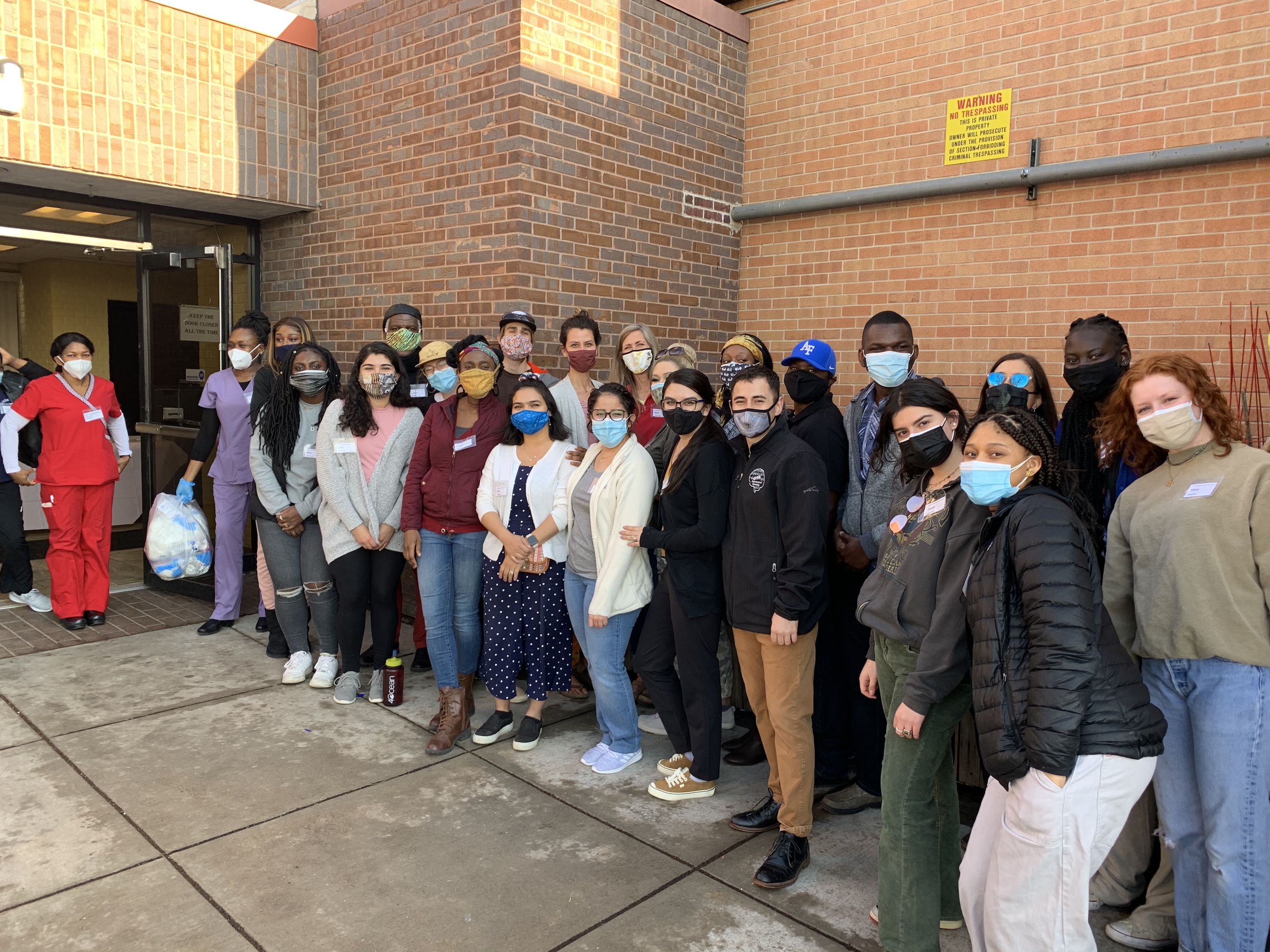 Volunteers for the pop-up vaccine clinic outside of Solid Rock Baptist Church. Photo courtesy of Cynthia and Kweku Hazel.

Since moving here, their educational mission hasn’t stopped. On their own time, the couple has held numerous educational meetings to reach the Black population about topics like diabetes and obesity. The effort was still going strong when the first COVID-19 cases emerged in Colorado last year.

“When the pandemic hit, it was very natural for a lot of these groups we had been working with to come back to us with questions,” Cynthia said. “People of different backgrounds and different cultural values have their own perspective on what health is and how to interpret health outcomes, and there was so much misinformation spreading through our community. So people started reaching out.”

The couple started out by simply answering questions, but their COVID-related work quickly scaled after they teamed up with UCHealth to tell their story on the organization’s website. They also used this opportunity to share a photo with others showing that Kweku had received his first dose of the vaccine. 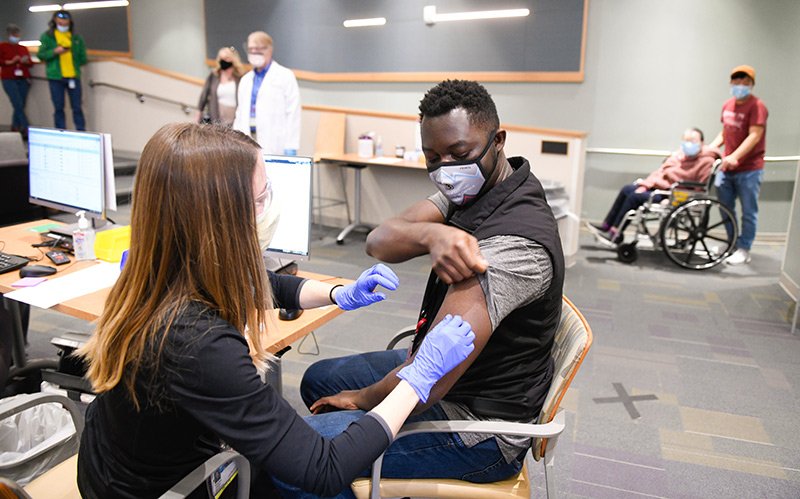 Photos by Cyrus McCrimmon for UCHealth.

“We no longer were private people anymore. We had so many people reaching out and we did quite a lot of educational events afterwards, giving people the facts so they could make the right decision for themselves,” Kweku said. “And a lot of people who decided they wanted to take the vaccine circled back to us and asked, now how do we get the vaccine?”

Cynthia said that the influx of questions about access made the couple even more aware of the access gap in the community. In late January, data from the Colorado Department of Public Health and Environment showed that, out of everyone who had been vaccinated, less than 2% were people from the Black community, even though that community makes up 3.92% of the total Colorado population. As of April 28, the number had risen to 2.58% after a number of efforts to reach that community — but it still reflects the lack of access these individuals have faced since vaccine distribution began.

Seeing these gaps in access, the Hazels expanded their effort once again and approached the CDPHE, asking for vaccine doses that they could administer at a pop-up clinic at Solid Rock Baptist Church, a Ghanaian Immigrant Church in Aurora. That clinic was run completely by the Hazels and medical and non-medical volunteers. That first clinic ran on February 20 and administered a first vaccine dose to 220 people.

Since then, the clinics have continued once a month at the same place, distributing 851 shots on March 20 and 1,045 shots on April 17. Cynthia added that, while the original intention of the clinic was to reach the Black and African Immigrant population, it has since expanded to include the Latin community as well — which, according to the April 28 CDPHE data, only accounts for 8.76% of people who have been vaccinated, even though Latinx individuals account for 21.69% of the state’s population.

At the Hazels’ most recent clinic, where 1,045 shots were administered, 56% of patients were from the Latinx community and in total, 84% were from the BIPOC community. The effort was advertised primarily via word-of-mouth, and Kweku said the couple has made sure to communicate that patients do not have to worry about any barriers, such as cost or immigration status — the clinic is always free and never collects information that would be shared for immigration investigation purposes.

“This has been a rare opportunity where we have the community’s attention,” Kweku added. “About 12 years ago, I could barely get people interested in listening to stories about hypertension and diabetes. Now, I can go on a Zoom call with 150 people in the community wanting to learn about vaccines and I can easily throw in information about diabetes, obesity and hypertension at the same time. People are now more receptive to the healthcare message.”

The next clinic will be May 15, though it has not yet been decided whether first doses will be available or if this clinic will be a second-dose-only clinic. Looking ahead, the Hazels — who, since starting this work, have been invited to join the Colorado Vaccine Equity Taskforce — say they plan to continue their outreach efforts with these communities.

“It’s almost felt like a calling because Kweku and I are very uniquely positioned to do this work. A lot of people who have our type of training do not always have that community experience, and sometimes you have people who have a lot of community experience but do not know how to implement this type of work. We’re serving as a bridge,” Cynthia said. “This is an important topic, and the work needs to continue.”