Pop-ups have added a renewed sense of excitement to dining as of late. Customers are craving some uniqueness to replace the arbitrariness that COVID has brought, and Denver has seen a mix of interesting new concepts. From artisan bread delivery to Puertican pastries and many side-hustles in between — the local dining scene has been anything but stale. Now a new name enters the ring with an unlikely altruistic eat — the humble oyster.

“Oysters are the one thing that always gives back,” explained Ben Wolven about his prized shellfish. “Whether it’s transporting people to their last memory with an oyster in hand or purifying our water, they truly do it all.”

After a stint behind Mister Oso‘s back patio bar, Wolven’s concept, Oyster Wulff, is undergoing a change of scenery. Now at the newest cocktail lounge in Cherry Creek, Forget Me Not, you can find Wolven Wednesday through Saturday by following the unmistakable sound of an oyster being shucked. 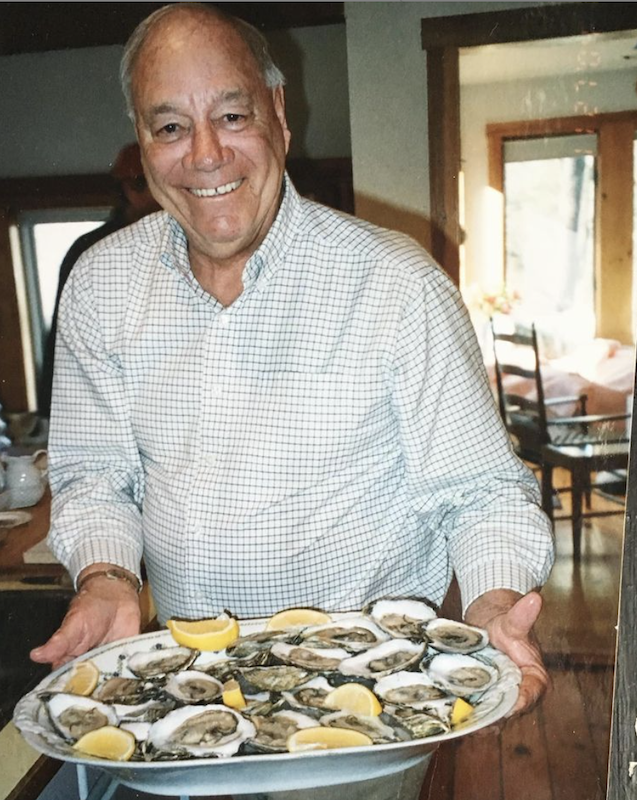 A Mainer at heart, he grew up surrounded by oystermen — or as they have come to be known in-town as local celebrities. While his grandfather was not in the industry, he did enjoy his fair share. Even as an enthusiast, his lack of shucking skills opted for Wolven to take his turn. At 10 years old, he shucked his first oyster and hasn’t stopped since.

But oysters were never just a salty snack for Wolven — each represents sustainability and community. Water filters through each oyster and in turn make the water cleaner for those around it. They demonstrate the importance of giving back, a lesson that has been at Wolven’s family roots for generations. In his experience, the people in the industry are authentic in their pursuits — which immediately drew Wolven in. 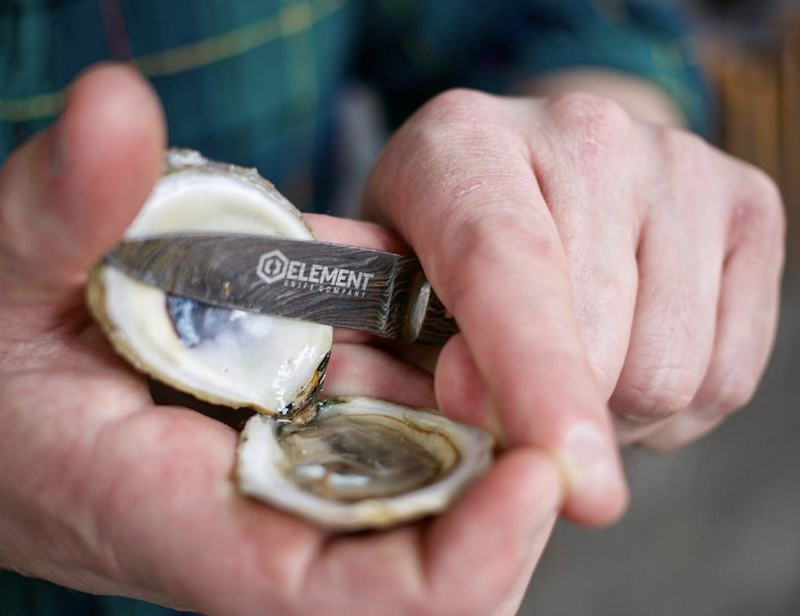 With the connections that have fortified his love of seafood, he goes straight to the farmers for each order. He sources from The Maine Oyster Company to ensure the quality never wavers. Bypassing suppliers increases his cost, but the payoff is great when the briny and sweet shells arrive fresh. The entire process ends with Wolven showing his shucking skills that landed him a champion in his field worldwide.

His relationships extend to his customers as well. His pop-up acts as an oyster oasis where people can shed the mountainside for a dip into the ocean shore. Whether it is citrus, sweet, buttery, or briny notes, they are a simple pleasure — much like plucking an apple right from the orchard. He relishes watching people slurp down an oyster and be overcome with a sense of satisfaction and comfort.

Its entire setup is rustic and reminiscent of the docks he remembers from home. The oysters lay on a bed of ice beside a half shell piled high with a grated haystack of horseradish. Each thread has gives a hot sensation to the oyster, without overwhelming it as the jarred variety does. He also forgoes ketchup, or as he calls tomato sugar, often found in cocktail sauce. Instead, it’s the vinegar and acidity from the mignonette sauce and a lemon wedge to finish off the plate. This sense of trust in simplicity makes people come back for more. 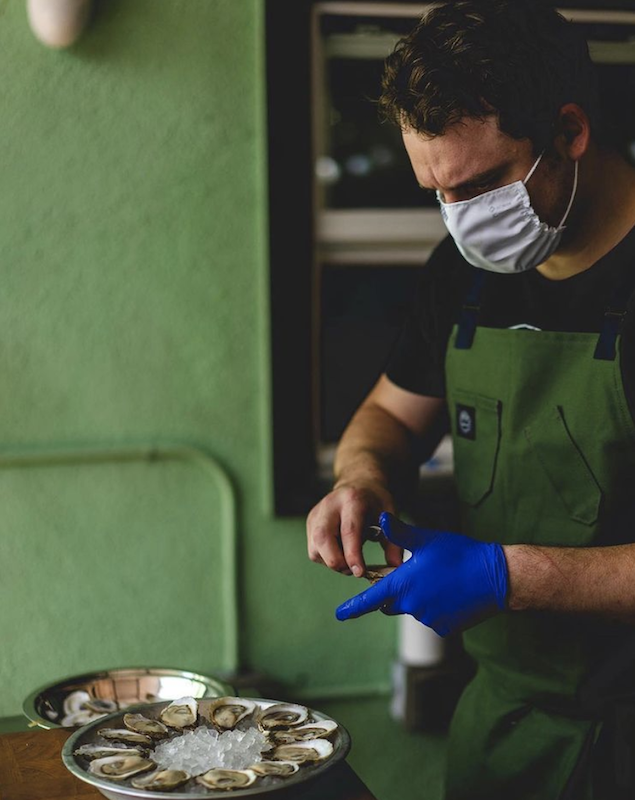 Wolven tending to the back patio bar of Mister Oso with his oysters. Photo by Ben Wolven.

Pop-ups are community driver at their core because it brings more people into one space, for sustenance and conversation. Oyster Wulff’s community continues to expand with more people trusting in Wolven’s journey and the future. He hopes to open his own bar and continue expanding people’s understanding of the half-shell.

There is a familial nature in the oyster community that he hopes to bring interested diners to the farms that start it all. Wolven wants to be along the dock with diners to see the process that goes into the shimmering shells. It would give farmers a chance to preach their product and spread the gospel of the bivalve.

With the precarity of the pandemic, the timeline for Oyster Wulff’s brick and mortar is unknown. Luckily Denver can at least rely on an ocean escape at Forget Me Not.

Forget Me Not is located at 227 Clayton Street, Denver. Oyster Wulff can be found there Wednesday through Saturday.