While Denver’s growing food scene keeps pumping out more and more incredible chefs, there aren’t many who have continually impressed with their experimentalism as Misfit Snackbar‘s Bo Porytko and To The Wind Bistro’s Royce Oliveira. Each one runs a small location on East Colfax, with Misfit operating from inside Middleman’s cubicle-like kitchen and To The Wind only recently reopening its compact chef’s counter for vaccination-only dinners. From within the confines of each tiny space, each chef has consistently produced whimsical menus of some of the city’s best food, each with a penchant for odd ingredients and a complete lack of concern about catering to the closed-minded. “Oliveira also just makes killer food, creative and bold. He’s not afraid to put offal on his menus and has dishes that read more like chef porn than something for the mass public which I always respect,” said Porytko. 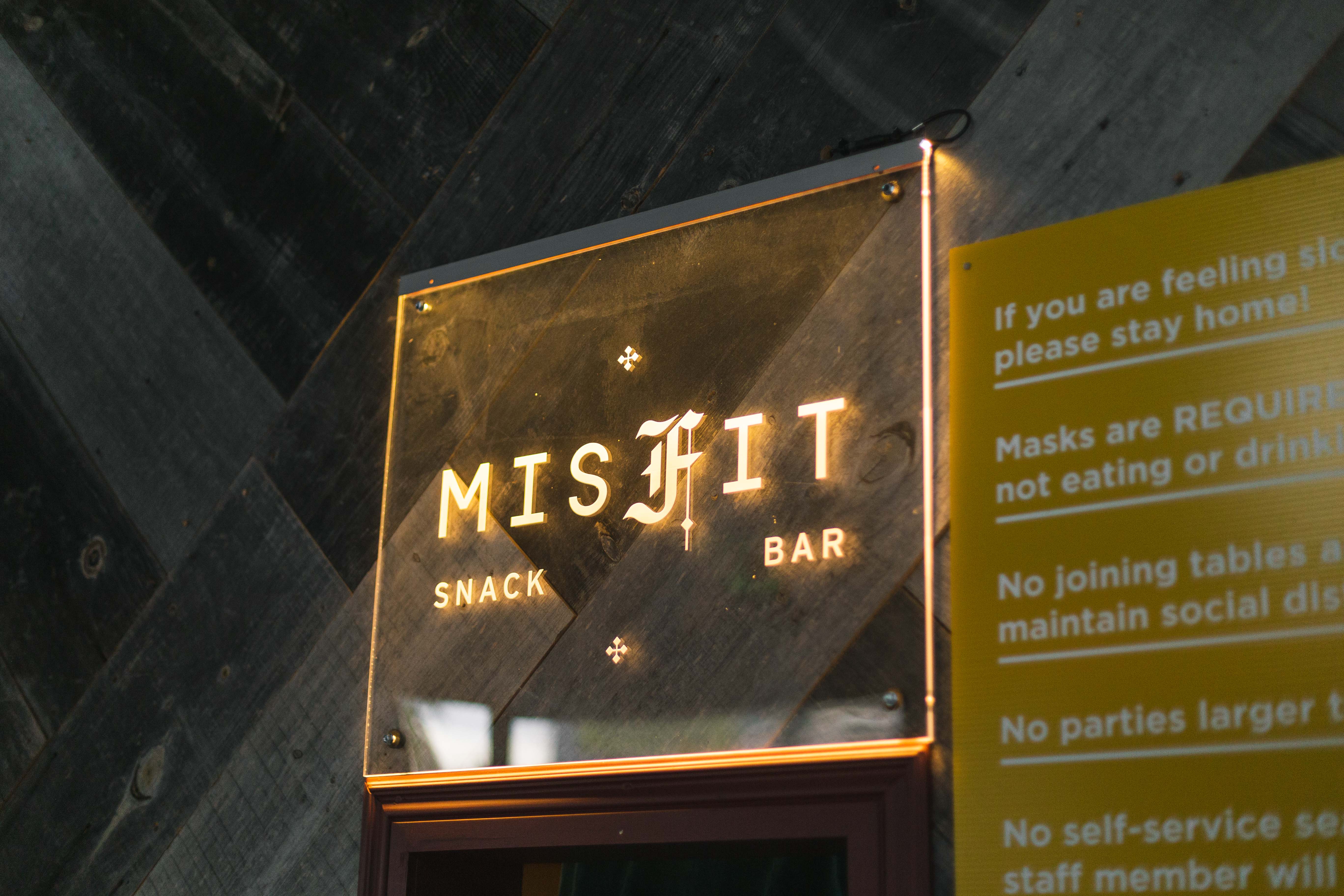 Last Sunday, April 25 Oliveira took over the kitchen at Misfit, creating a menu that interspersed Misfit-style dishes with his own culinary leanings. The event, dubbed Freaky Sunday was the first of a two-weekend series that saw chefs swapping kitchens and attempting to inhabit the other’s creative direction.

“It was also rad to see his menu as it was his representation of my culinary mind at Misfit as my menu for next week is the same for his mind in his space. I was flattered and jealous of the dishes he came up with and absolutely thought he killed it,” continued Porytko. Items included bottomless peanuts with a To The Wind Spice Mix and barrel-aged Worcestershire sauce, “Gin and Tonic” mussels with Makrut lime and tonic broth, juniper aioli and grilled bread and mole duck nachos with fermented black beans, crema, queso blanco and corn salsa. While the menu was distinctly Oliveira’s, the fundamental resemblance to Porytko’s off-kilter leanings was extraordinary — the mutual admiration evidenced in the minutiae.

This coming Sunday, Porytko will do the same at To The Wind, serving two seatings of a six-course prix fix as a similar homage. While the two have been friends for nearly six years, this will the first time they’ve collaborated in such a direct capacity. “He was always a kindred spirit being both incredibly cynical and somehow still super earnest. Unlike most chefs he also didn’t want to talk food most of the time, so we had a better connection than most. Dan my old business partner from Rebel was also really good buddies with Royce,” said Porytko. “We have similar mindsets about food, but totally different concepts for our current respective spaces so Royce first suggested a swap and we just ran with it from there,” he continued.

If last week’s takeover was any indication, this Sunday’s dinner will likely be one of the year’s most exciting sit-downs for anyone with even the mildest interest in the delightfully bold.

The next Freaky Sunday event will take place at To The Wind Bistro on Sunday, May 2 as a six-course prix fix menu with beer pairings from $85 per person. There will be two seatings at 5 and 8 p.m. Reservations are available by contacting Porytko at [email protected]