Within the anatomy of a musician, there exist many branches. What we, the listeners, are left with is a product on the receiving end of a musical input-output machine. Inside this “box,” there are bits and bobs — all of which exist as a function of said artist’s control. There are gears for production, knobs for songwriting and switches for presentation.  No two contraptions are the same — they’re ever-changing, and each is uniquely wonderful. Of course, this is symbolic (and perhaps overly complicated). This much, however, I know is true — Dafna has crafted such a device — the floor, ceiling and walls of her room at home is its external structure. Boulder’s queen of aesthetics has abided by the process in everything she does. She’s a junior at the University of Colorado studying engineering, further cementing the “musical machine” metaphor to heights that almost feel too fitting. Still, the young independent artist is as creative as she is technical. 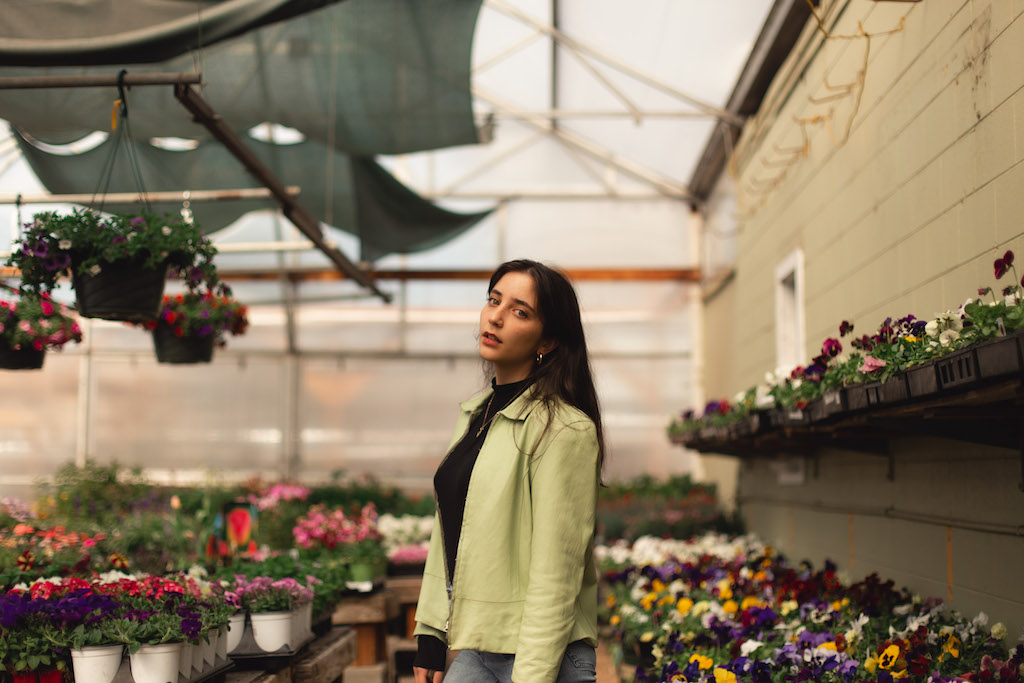 In 2020, Dafna released I LOVE YOU and submerge — two projects that are simultaneously a beautiful collection of songs, and, in one case, a pneumonic acronym. It acts as the foundation of her overarching style, from the layered chords to her soft voice and songwriting – and especially the album cover and accompanying music videos. Like Paul Thomas Anderson’s introductory tracking shot in his breakout 1997 film Boogie Nights, everything is on brand, and a sign of things to come — great things. Don’t think for a second that Dafna isn’t aware of this.

“I’ve seen the importance in establishing a brand or vibe — for any career in music. At the same time, it’s never something I’ve tried too hard to put forth. It’s all felt very natural. Things that look nice in my eyes — I treat my presentation as a whole product instead of a singular song or event.” 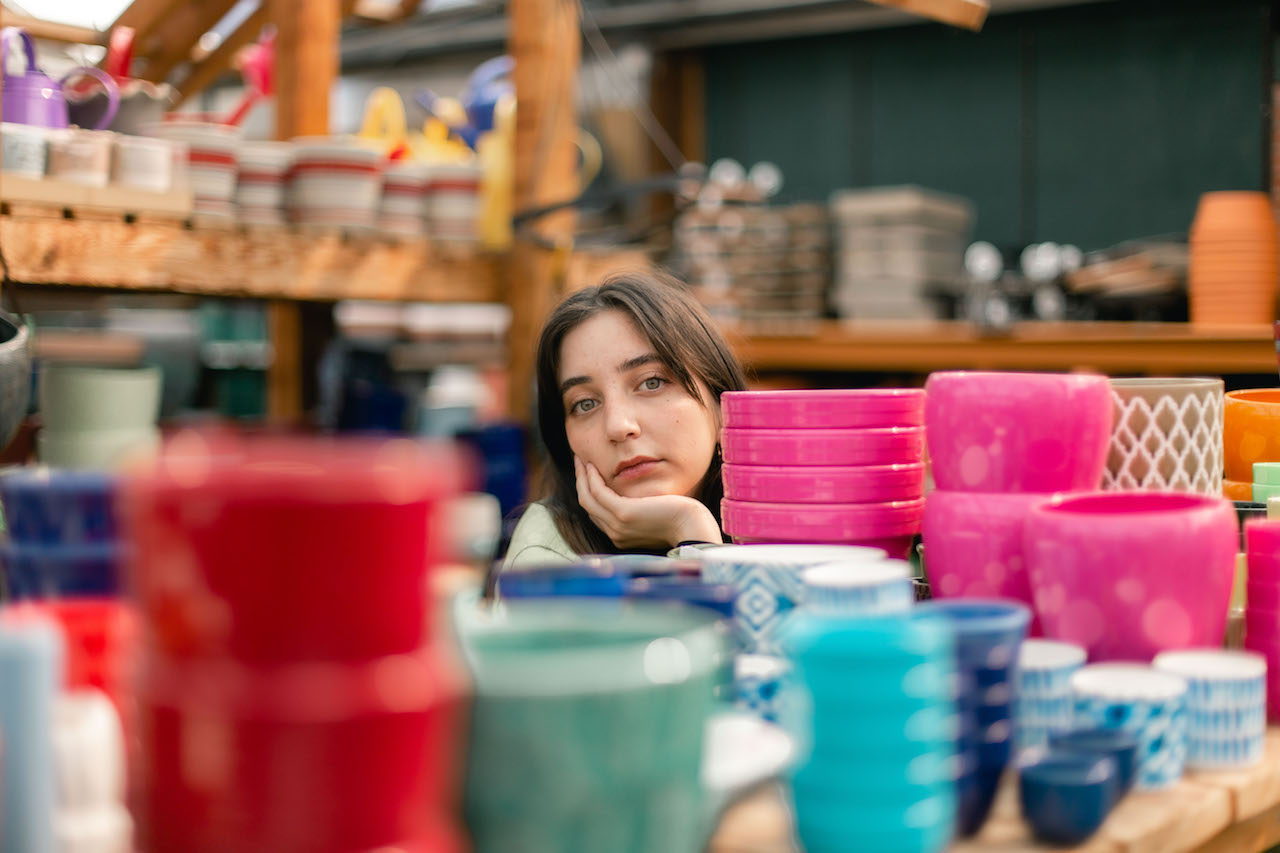 A passion for music has always been embedded in Dafna’s psyche. Classical piano lessons started at age four, and singing/writing started at eleven. It did, however, take a while for her to grasp how it could be done.

“High school was really when I came to a realization that I could put out music by myself. I had always wanted to record and produce my music, but I thought for a while that I needed some big LA producer to find me and take an interest for it to work. It wasn’t until my brother started getting into recording equipment that I really saw ways I could release music independently.”

From there, the ball started gaining speed. According to Dafna, “it was an oh shit, I can do this on my own moment.” Since then, the progression — and recognition — has been exponential. This is due, in part, to her ability to utilize both visual elements (music videos) and social media, including TikTok, a driving force in many young artists’ exposure. “I’ve had it downloaded since September 2019, but I seldom used it. It wasn’t until just before quarantine that I saw how I could mix creativity with promoting myself as an artist — it’s been a platform for success since then.” 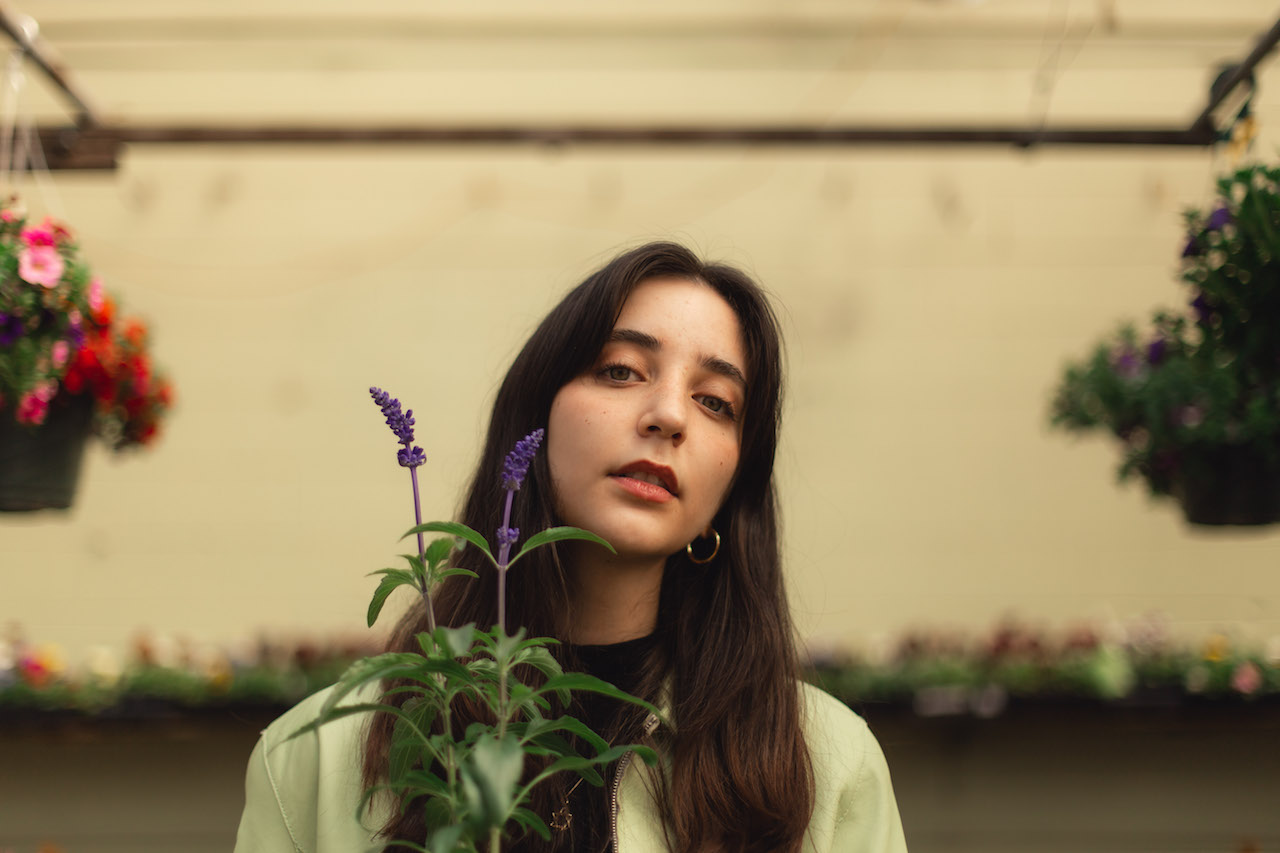 2020’s I LOVE YOU was Dafna’s opening act. More recently, the string of tracks off her upcoming EP (to be released May 21) is an extension of such in more ways than one. The project’s lead single, “Sweeter,” has been years in the making, however.

“I actually wrote the song back in high school — I recorded and produced the record, but it was done very early in my producing stages. It was really bad. I didn’t think I’d ever release it. In November of this past year, I circled back to the single with a greater sense of creation and confidence. The song really just flowed into completion at that point.”

At the time of our conversation, “Sweeter” was the only pre-EP record released. Since then, she dropped “Bitter” — providing a much greater context to what exactly she’s working to achieve on this project.

“Thematically, ‘Sweeter’ is a good vibe. This isn’t the case for the full EP — songs like ‘Bitter’ and ‘Sour’ both get fairly dark. The switch in tone really allows for story building inside a short window.” 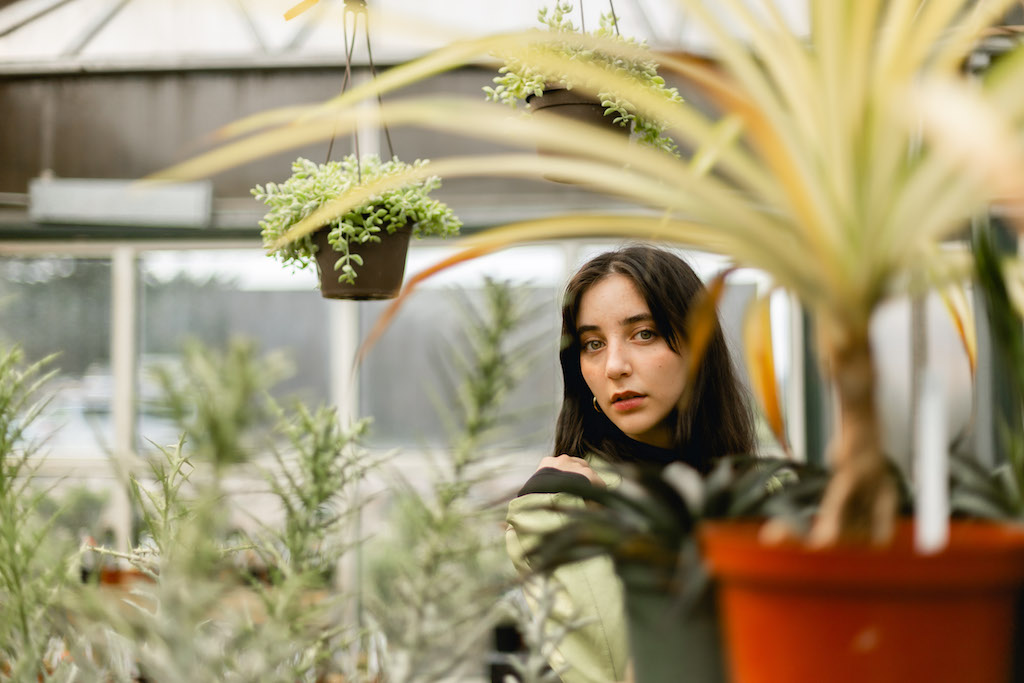 While songwriting is a subset of her skills she’s seemed to have mastered — very nearly — production (done almost entirely by herself) is something Dafna feels less comfortable with. “Of course, making the delivery cleaner is always one of my goals, but the percussive elements of producing is something I keyed in on particularly closely with these tracks.” Personal advancement seems to be a strong, driving factor for Dafna. There’s so much more to artistry than songwriting — she knows this as well as anyone.

“More specifically, I’ve been locking in on the mixing and mastering aspects of my sound — I do it all myself, but I still don’t know if I fully understand how it all works. It’s more or less just something I tweak until it sounds right. I’m definitely working to make that part of my music more professional and perfect. “

As she ventures into new sounds, her popularity has caught the attention of collaborators across the country. On her newest upcoming project, the respect has become more evident — creators in music hubs have reached out to Dafna about producing the music videos for every song on the EP.

“Like lots of my previous visuals, I was planning on doing the music video here in Boulder, but that ended up falling through. Around that same time, this videographer in Nashville named teck reached out to me about producing the visuals for ‘Sweeter’ – it all fell into place nicely.” 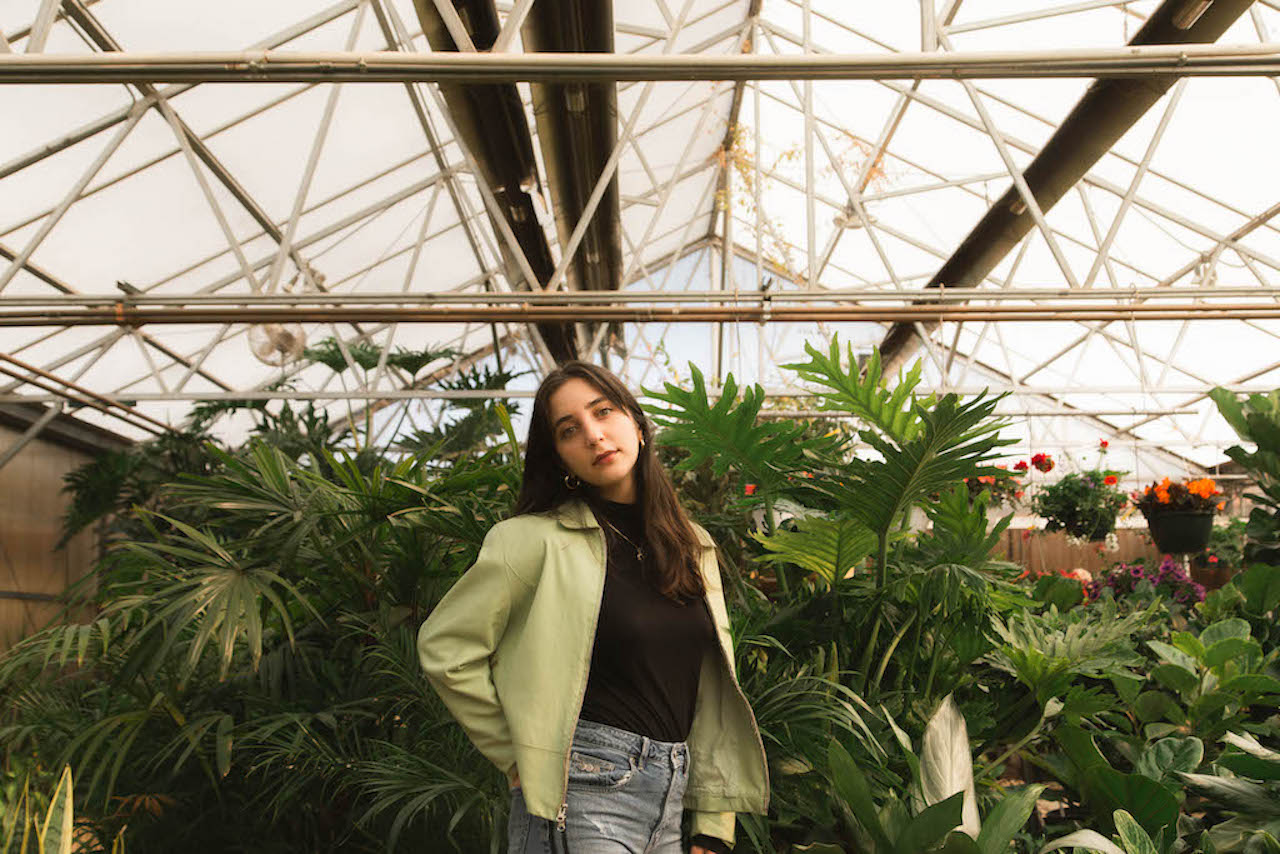 These connections are simply a testament to Dafna’s reach. Still, like any bright-eyed composer, the young Boulder artist has her dream collaborations. “There’s two that immediately come to mind — Adam Melchor for his singing and songwriting is the first. The second is FINNEAS, especially from a production standpoint. Those would both be amazing.”

Amidst the chaos of rising popularity, Dafna has recognized the importance of keeping a level head, while simultaneously juggling between music, school and family. Considering her field of study previously mentioned, this is wildly impressive.

“It’s just a matter of priorities. If I want something to get done, I make time to do it. Sure, it does get difficult — there will be weeks where I have like two thousand assignments. That burns me out. Between school and music, there’s a balance to be found. I think I do a good job of that.” 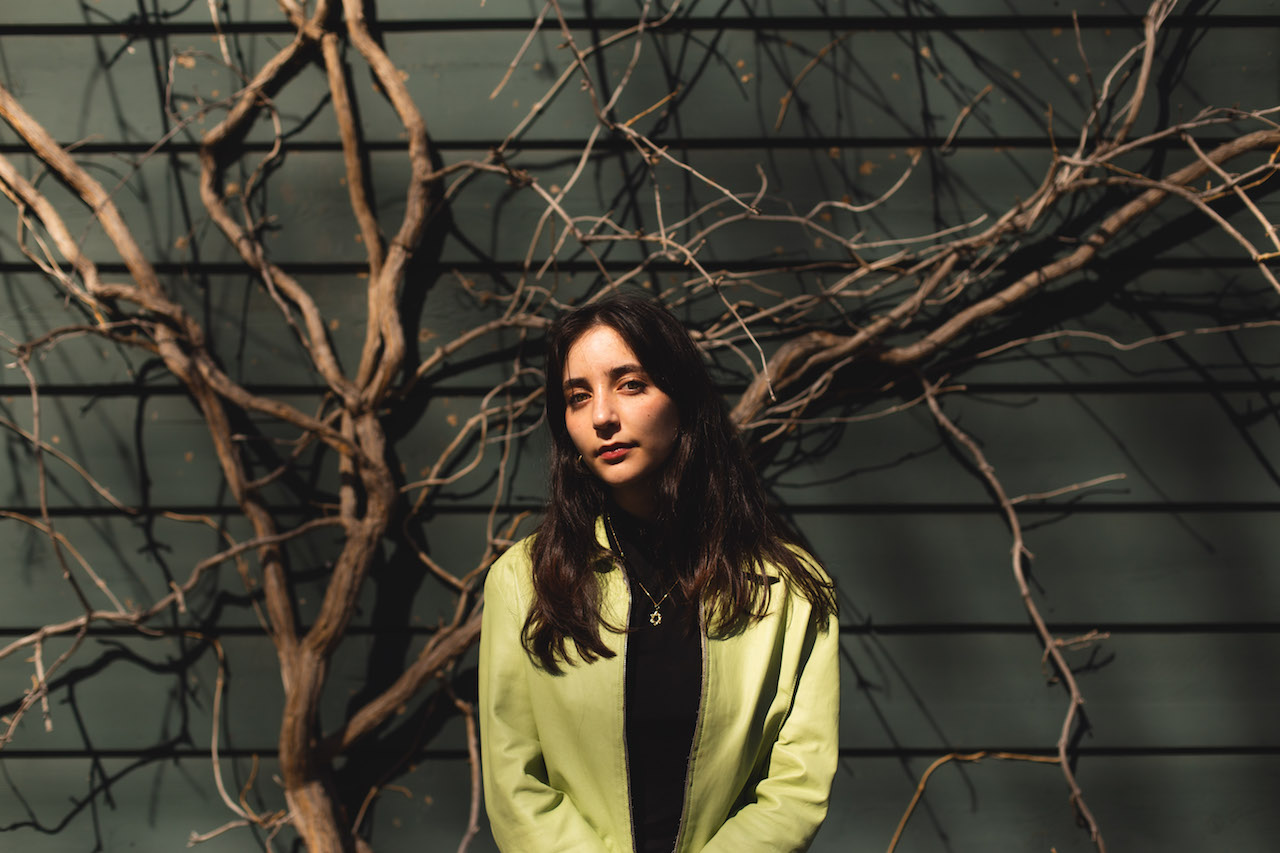 Speaking of family, Dafna’s kinfolk are no stranger to the musical realm. Her brother, Guy Margalit, has an eight-track album, an EP and a collection of singles on streaming platforms, including a couple records that feature his sister — “SADDERDAYS” and “4YOU.” This family dynamic in the studio is seamless.

“It’s just easy and enjoyable. There’s a level of comfortability and understanding in both of our musical approaches. We both know each other’s schedules and abilities, so we can drag the creation process out. It’s a natural quality — we have a ton of fun doing that.”

In Dafna’s music, there’s an intangible flair that feels matured beyond most musicians at this stage of their careers. Sure, she only has two short projects and a pocket of singles to her name, but the timeline stretches far beyond a debut single. It’s been years in the making — that imaginary musical machine is well-oiled and unstoppable. 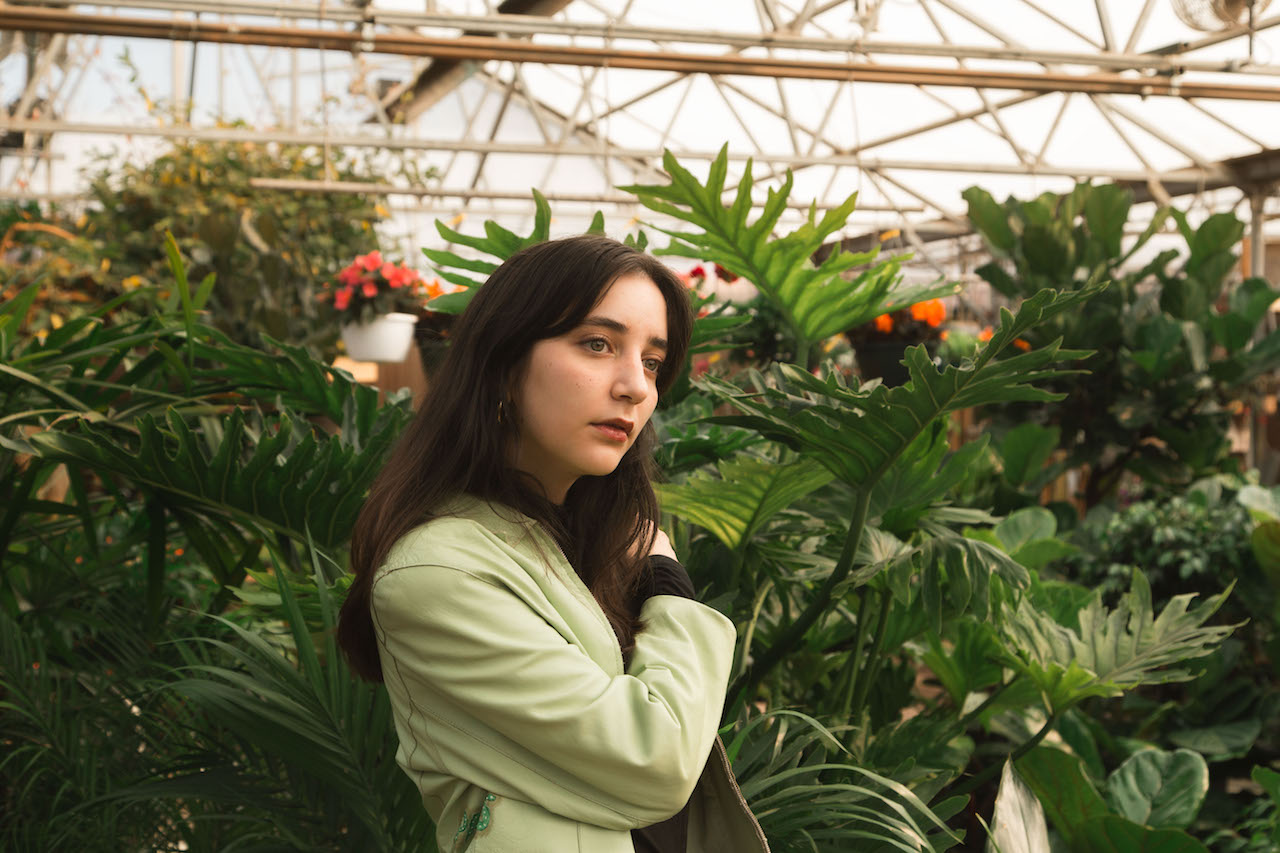 Dafna — for lack of a better term — is a vastly advanced songwriter. She even tells me that “I haven’t truly had my heart broken yet.” This seems impossible, considering some of her deeply cutting storytelling, but does it really matter? Someone with a pen this strong and an unwavering desire to further her craft deserves to have their voice heard. Love is all around us, and Dafna has found a way to channel it in immaculate fashion.

“Do you have to be in love to write a love song, or heartbroken to write a song about heartbreak? As long as any sort of empathy exists — you have a grasp on real feelings and their dynamics — it’s something that certainly can be done, regardless of personal experience. I’ve been writing for long enough to the point where I understand these emotions.” 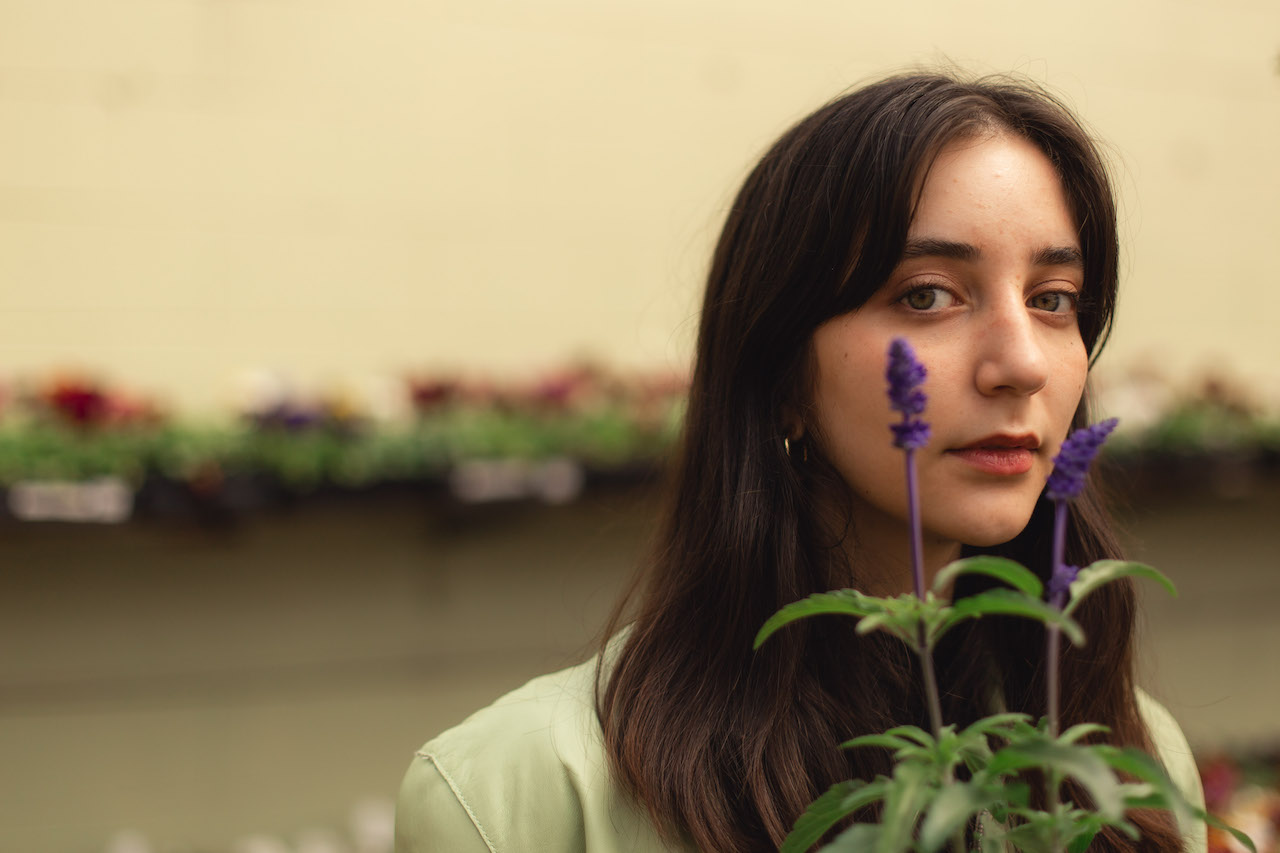 You can stream “Sweeter” and “Bitter” on Spotify