Back From Broken Is a Colorado Podcast About Recovery, Featuring Guests Like Hunter Biden

“What does it take to recover from the biggest challenge of your life? How do we deal with that, navigate that — and how do we emerge?” This is Vic Vela’s “elevator pitch” for Back from Broken, a Colorado Public Radio (CPR) podcast that tells stories of recovery. Vela hosts the podcast, interviewing individuals recovering from a wide range of afflictions — “really anything that causes suffering,” he explained. Guests have struggled with addictions to drugs and alcohol, challenges with mental health, religious turmoil and other issues. “I just wanted to tell stories that gave people some hope.” For the season two finale, Vela will sit down with Hunter Biden, talking to the president’s son, as Vela puts it, from “one crack cocaine addict to another.”

Vela and the CPR team work together to find guests for the podcast and are often contacted by people interested in being on the show as well. “We get a lot of people reaching out to us directly wanting to be a guest. Knowing that people are doing that tells me that the podcast is really moving a lot of people,” he said.

The subject of recovery is not a random choice for Vela, a Colorado native who’s worked in the journalism industry for over 20 years.  “Over the course of that 20-year career, I navigated what became a crippling addiction to drugs,” he shared. Though Vela made several half-hearted attempts to get sober throughout the years, it wasn’t until he truly felt ready that it stuck. “It was finally when I just said that ‘I was just exhausted’…I asked myself, ‘Are you really ready to go through this again tomorrow?’” That day, Vela reached out to someone he knew in recovery, attended a meeting, and has been sober ever since.

Back from Broken releases new episodes every other Friday.  Their guest list has been impressively peppered with recognizable celebrities all ready to share their stories.  In a special episode, Vela did a live session with Wes Shultz and Jeremiah Fraites — better known as The Lumineers.  They discussed their experiences with addiction and sang “Gloria,” “Donna,” and “Leader of the Landslide” — three songs that touch on the subject. 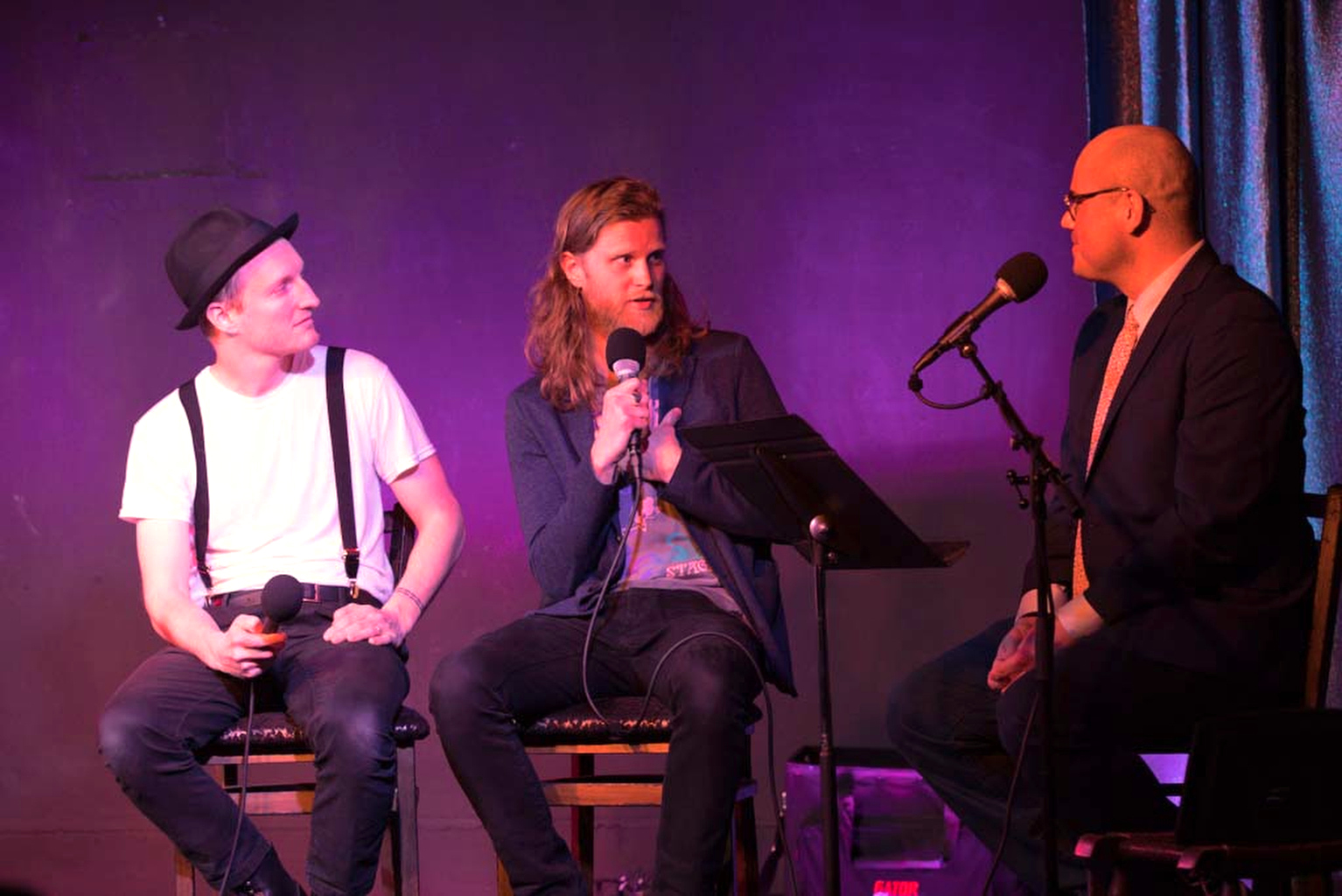 Vela grew up watching professional wrestling, so having Jake “The Snake” Roberts on the podcast was a big deal.  “Knowing I would sit in my pajamas watching him wrestle at night and cheering him on, and now decades later we’re having a conversation about something we both have in common,” he said.  “We both went through hell with addiction and we’re  both talking about recovery.  It was very meaningful,” he added.

Anders Orborne, a notable New Orleans musician and WNBA player Chamique Holdsclaw also contribute to Back from Broken along with countless others.  “Every single guest has been rewarding,” said Vela.  “I’ve taken away mountains of respect for what they’ve gone through.  And every story, every interview that I’ve had with these folks — I come away a better person because I learn a little something new about each person and what they go through.  And it helps me understand recovery even better, even though I’m someone who knows firsthand what it’s like.”

Vela’s first interviewee was Paul Scudo — although his episode premiered ninth in the first season. Scudo is now Step Denver‘s executive director and has devoted his life to helping those in recovery from addiction, a cause close to home. 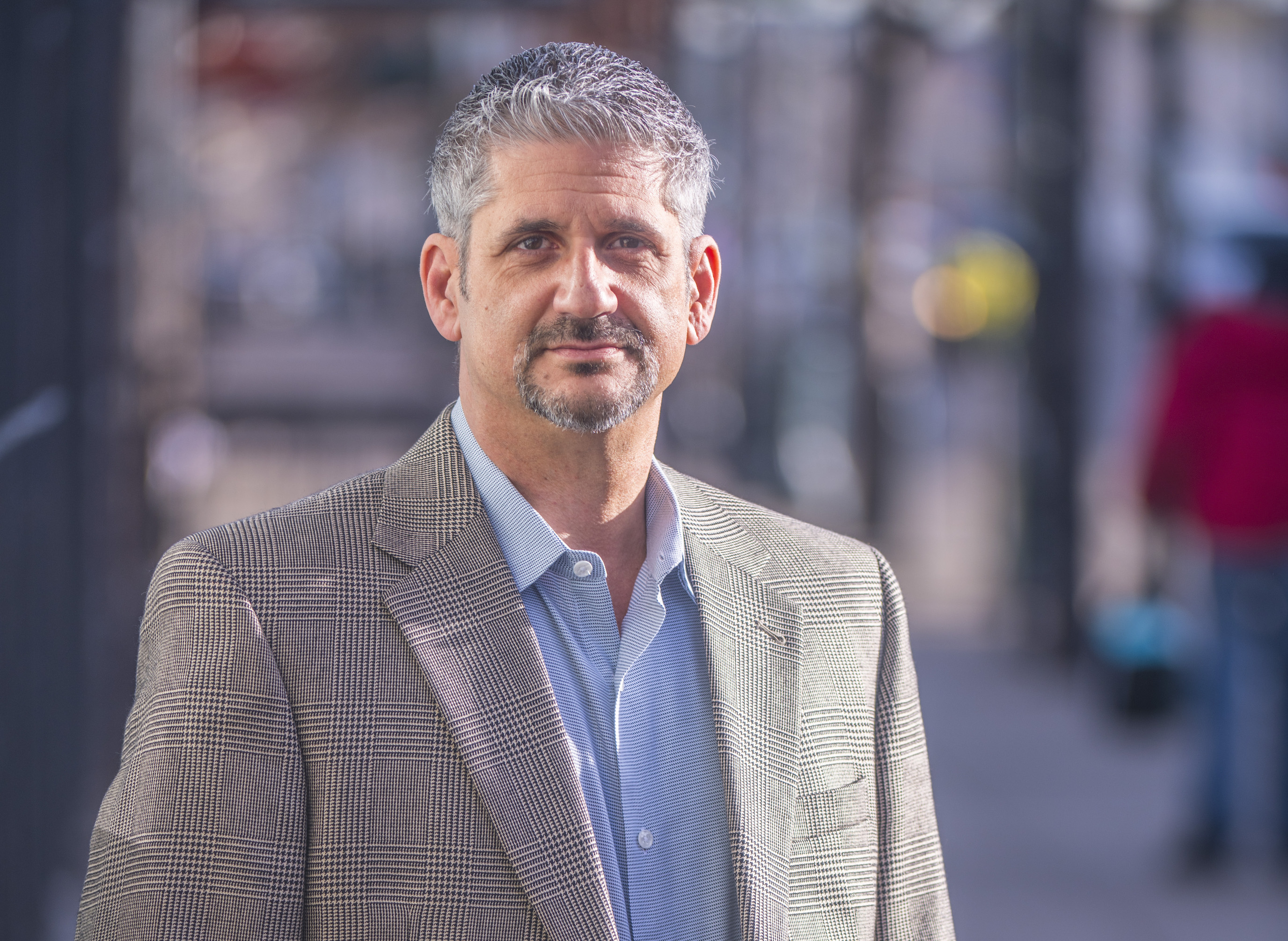 After years as a high-functioning drug addict, Scudo was eventually arrested when he rolled through a stop sign and a bag of cocaine fell out of his wallet. He spent the next 18 months going to drug court, which he explained “tries to give those of us who engage in a crime that’s directly related to our addiction the opportunity to stop using.” For a year and a half, he spent two days a month in jail since he couldn’t deliver a clean drug test. To allow him to keep his high-paying job, he’d arrive on a Friday afternoon and leave on Monday morning— just in time to shower, sleep, and make it to work. Each time, he’d make up a new story about how he’d spent the weekend.  He was eventually sentenced to six months in jail.

The first thing he did after getting out was call his dealer. “And for the next year, I continued to use cocaine at an alarming rate,” he said. “I pretty much just locked myself in my basement and went through every bit of money that I had.” He was eventually evicted from his home and spent the next two years homeless. “And while I couldn’t afford cocaine anymore, I was able to walk the streets and collect $3.86 every day to get a pint of vodka to essentially block out my misery.”

After two years, some friends found him and helped him enroll in a treatment program. “So I went to 90 days of treatment, and in treatment, I was exposed to a 12 step program…It saved my life,” said Scudo. “And when I got out of treatment I moved into a sober living home and lived there for a year.” He struggled to find work with a felony record and a large gap on his resume but eventually was able to get employed. While working, he got a clinical degree and volunteered at CeDAR (where he had undergone treatment) eventually becoming a counselor.  Since then, Scudo has transitioned to Step Denver where he’s been executive director for four years. 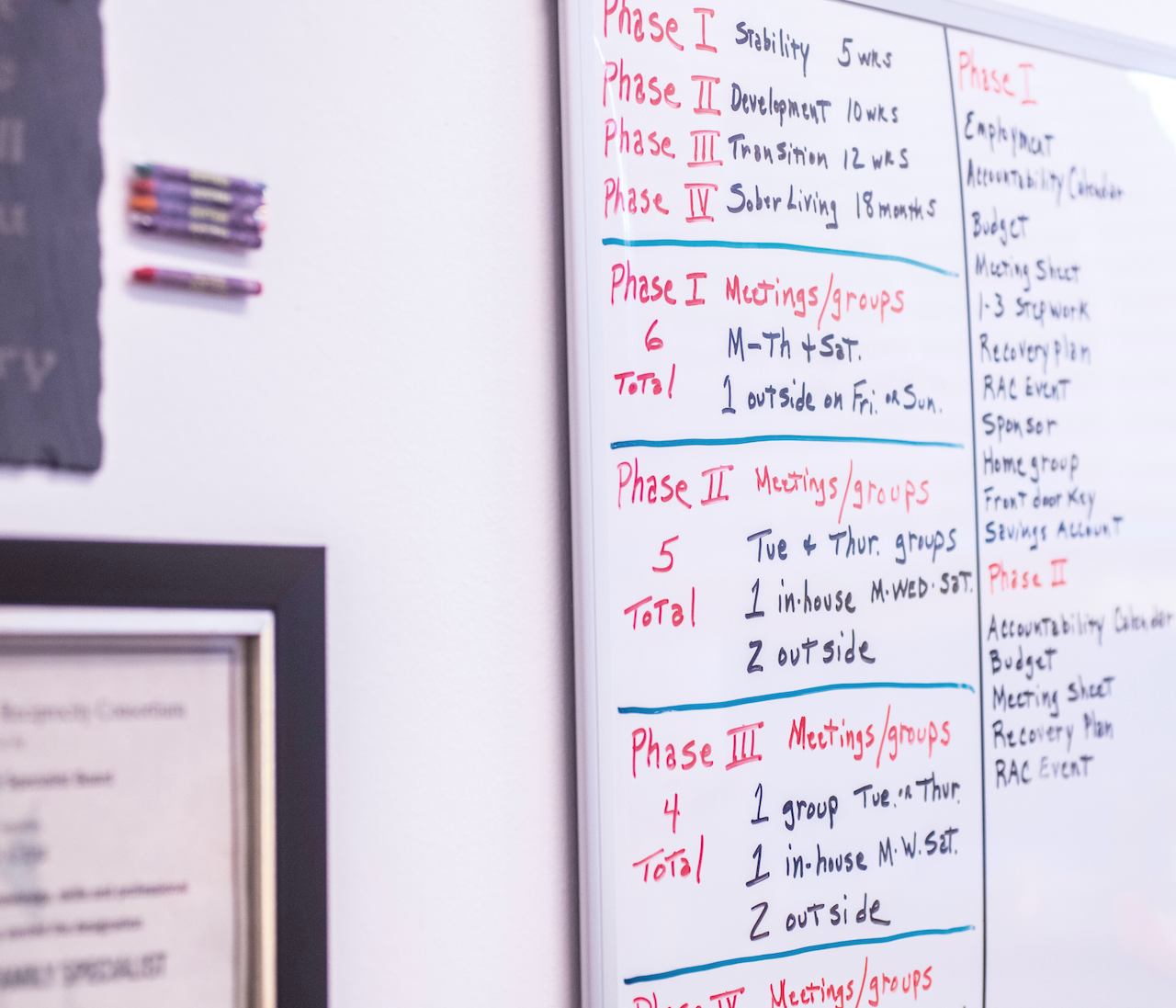 “When we initially reached out to Hunter for an interview, we were pleasantly surprised to learn that he is a big fan of the show,” said Vela.  “During the interview, Hunter often talked about how similar our stories were and how much he appreciated the work we do at Back from Broken,” he added.

“In the episode, Hunter talks a lot about how his addiction impacted his dad, who is now the President of the United States. I don’t wanna give too much away, but there’s going to be moments in the interview where any parent of a child who has suffered with addiction can relate to Joe Biden’s desperate struggle to get help for his son,” said Vela. 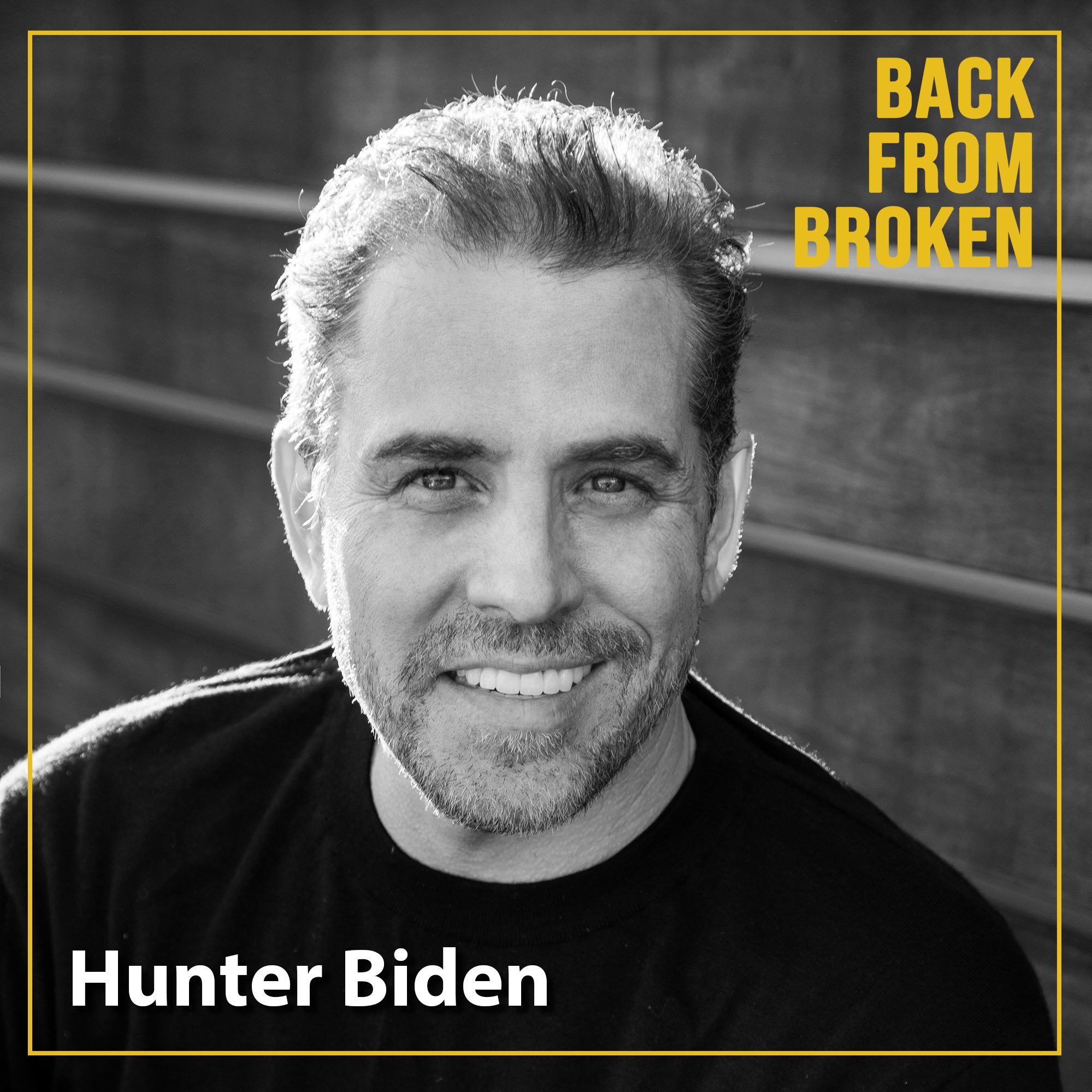 Advice For Those Struggling

Biden’s and Scudo’s stories are just some of the inspiring recovery sagas covered by Vela on Back from Broken.  When asked for advice for those potentially struggling with addiction, Vela said that “you have to ask for help. I’m only alive because I said the most courageous three words I’ve ever said in my life and those were ‘I need help.’” 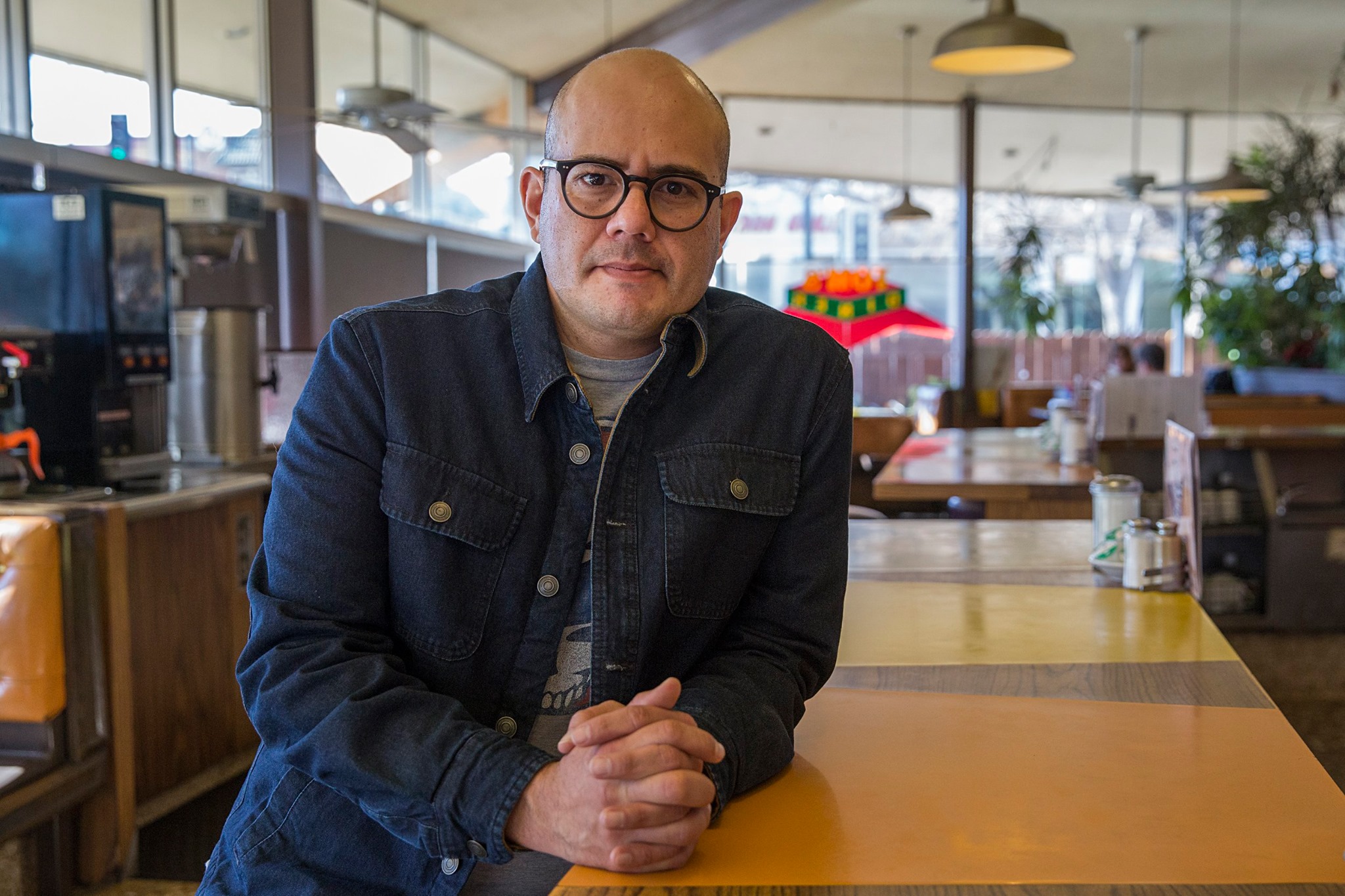 “It’s a brave thing to do, it’s a scary thing to do, to admit that you can’t fix something you’re going through on your own,” Vela continued. “The world can be a really tough place and things can feel really scary. And I know what it’s like to feel alone — and to feel like you’re suffering through something alone. But you don’t have to. Your life can change. You may think that everything’s miserable right now and you may be right! But your life can change in ways that you can’t even imagine right now if you just give yourself a chance.”

Back from Broken’s website has a list of resources for those in need. Check out Step Denver online for more information on treatment and recovery.