Everywhere relaxes differently. California has its beaches, New Orleans its jazz. Here in Colorado — particularly in the colder seasons — there are few things better, or more widely revered, than the opportunity to put one’s feet up, with both dog(s) and whiskey and near at hand.

This long-held tradition of sipping and scratching has not gone unnoticed by local producers, who have themselves been caught up in the attraction. This year Mythology Distillery and New Image Brewing each released products with the expressed intent of perpetuating the culture and getting dogs moved in to loving homes. With plans of continuing each of the lines in perpetuity, both the brewery and distillery have set an excellent precedent, especially in an uncertain time for the many pandemic pups still in need of adoption. 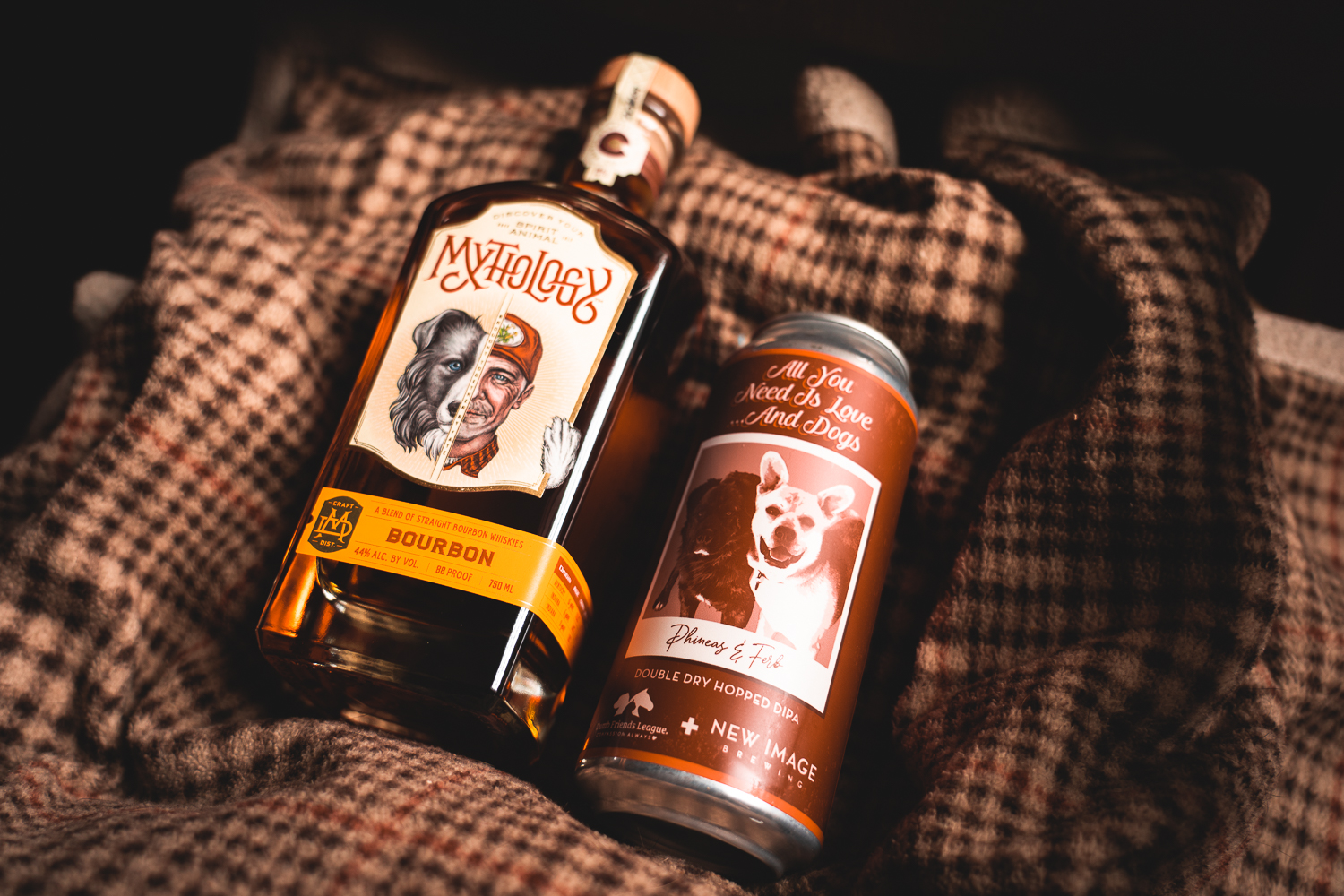 For New Image Brewing founder Brandon Capps, giving back to the community has always been an important part of his vision. The Rescue Dog Beer Series — an ongoing collaboration with the Dumb Friends League (DFL) that saw its first release at the tail end of 2020 — continues the trend of civic-minded beer collaborations the company has been producing since 2018. Beginning with “Pay It Forward” — a New England IPA which sponsors Project Helping — the five-year-old brewery has gone on to create several other permanent lines, including “Better-er Together-er” with Jefferson Center for Mental Health and “Pole Whacker” with the Colorado Avalanche Information Center. Several timely one-offs were also introduced across the last year with names like “All Together,” “Black is Beautiful” and “Restoration and Regrowth.”

With each release, New Image and the DFL are taking harder-to-adopt breeds and placing them on the can, with full adoption info in plain view. An additional donation of $1,250 – 1,500 is being raised with each production, but Capps says gathering funds is not the primary goal.

“The money is definitely important but more important is the awareness. Our goal from the outset was to help make long-stay adoptions more appealing since older dogs and dogs with problems tend to be hard to place,” said the founder. 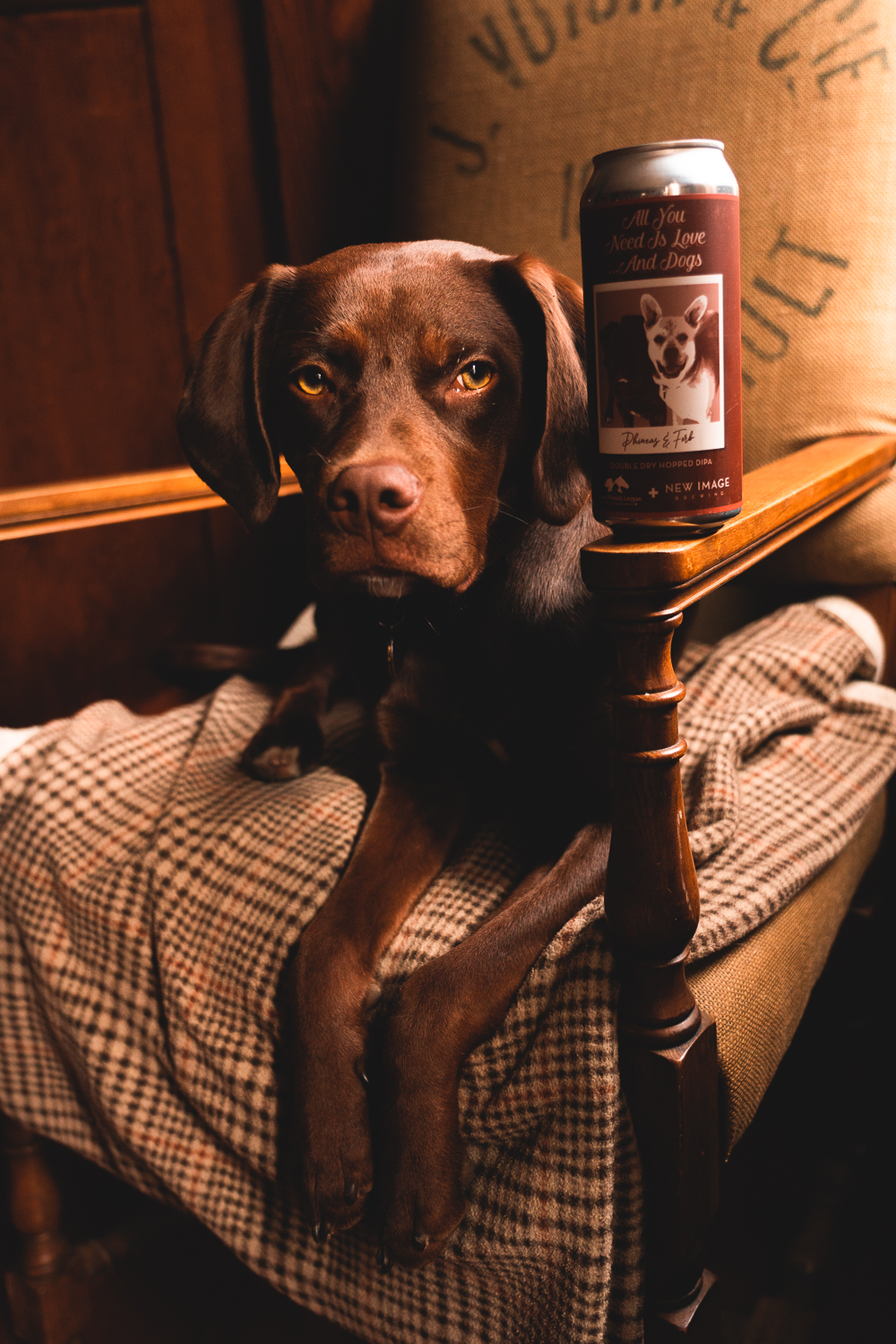 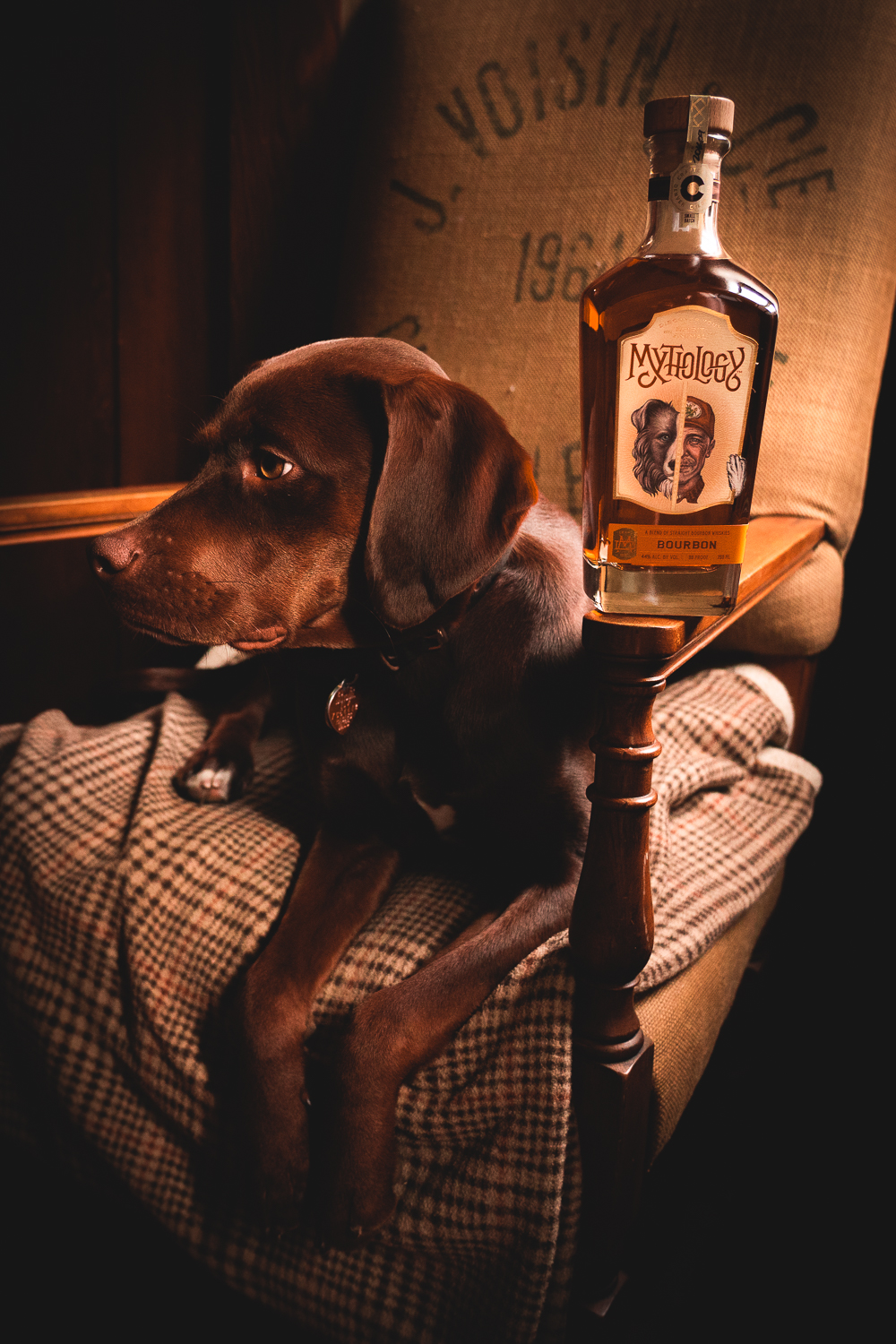 December’s ”Home For Pittmas” followed the city’s long-overdue lift of its breed ban, with “All You Need is Love… And Dogs” celebrating Valentine’s Day with a pair who needed to be adopted together. All three dogs were adopted shortly after each respective release.

While the next iteration has yet to be scheduled, Capps plans on coinciding each one with a holiday, with five or six occurring annually. “Whatever we put on there is almost certain to get adopted. ‘Give us your hardest to adopt dog’ is gonna be the strategy moving forward,” said longtime New Image employee Ryan Pachmayer. The beer itself will have subtle variations each round, though the recipe will always center around a double IPA.

Mythology Distillery’s Best Friend Bourbon was directly inspired by founder Scott Yeates’ connection with his dog, a rescue fittingly named Whiskey. A Steamboat resident, Yeates was connected with the Mountain Pet Rescue in Frisco and has since been spreading the good word about the center’s successful campaign to get dogs placed across the state’s many mountain communities. He has since committed to donating 10% of proceeds from all bottles sold out of the taproom, a number he says will likely total nearly $10,000.

The bourbon itself — a blend of two, five and 15-year old Kentucky and Indiana bourbons masterfully constructed by head distiller Chris Ritenour — is some seriously smooth juice, and warms the soul with or without knowledge of the hooch’s more charitable aspects.

“We’re fortunate that we created a brand that’s about human and animal connection,” smiled Yeates. “This is something that reflects taking time with our dogs. It’s a philosophy of hanging out with your dog,” he continued.

The decision to conjoin Colorado’s two great obsessions could not have come at a better time. As the world crawls back towards normalcy, many dogs are at risk as people’s priorities become less and less homebound. Fortunately, with hearts in the right place, folks can take some time to drink about it.