There seems to be a trend of camaraderie and fellowship happening within the local music community, and as Pioneer Mother’s Tom Buswell put it, “it’s a small musical world.” It’s a trend that Pioneer Mother fell into themselves, having met serendipitously through other musical peers, and it’s a trend that has proven fortuitous time and time again. When these fellow musicians in and around Denver find themselves at the same late-night festival picks or sharing the same stage during a “supergroup” show downtown, magic tends to happen. This trend led to similarly magical results for Pioneer Mother, who released their debut album, The Call in December — after three years of making their own musical magic.

Guitarist Buswell met mandolinist Lydia Sprouts through mutual friends in another band that Buswell had been playing with. All it took was some picking at a local festival, and from there the pair “hit the ground running.” Possibly even more quintessentially Colorado was Buswell and banjoist Matthew Durgin having met through their work in the cannabis industry. About Durgin, Buswell claimed that he “could pick up any instrument and play it by ear,” and when he asked Durgin if he would learn the banjo for the band, a bluegrass trio organically fell into place. The fourth and final major player on the The Call is bassist Colin Huff, who’s rapport with the band brought the album to its point of versatility and well-roundedness. 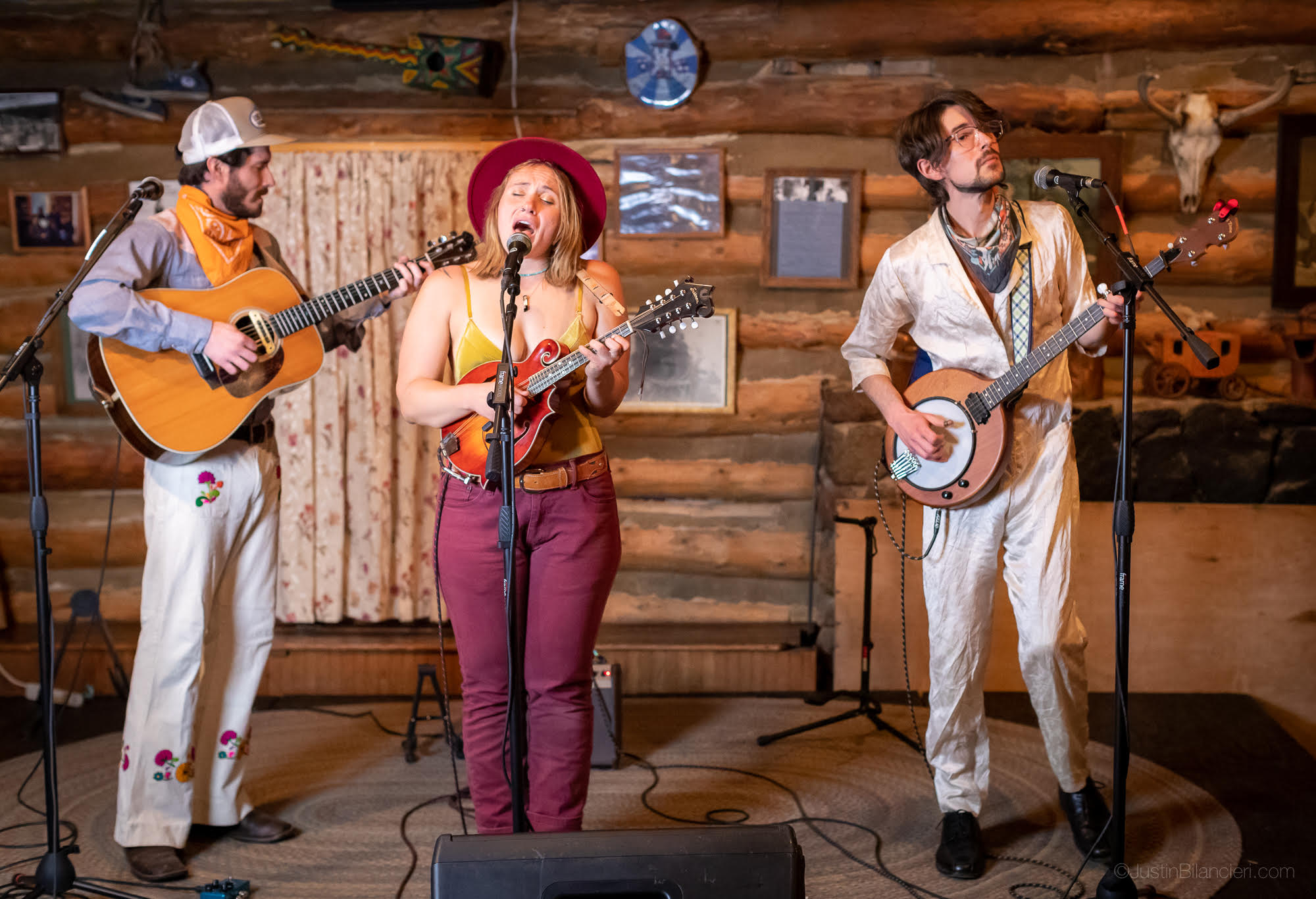 Buswell referred to The Call as one of the band’s “big adventures together,” which reflects on one of the main themes encapsulated throughout its eleven songs. Recorded at IntroVertigo Recording in Boulder with the help of Jay Elliott, The Call was inspired by the band’s leap of faith when forming Pioneer Mother. “We had a dream and we didn’t know if it was possible. But we wanted something unique and authentic to the way we live our lives, so we said yes to the adventure of starting a band.” Buswell says they didn’t have an entirely cohesive idea for the album, but it was a collaborative experience. Buswell wrote six songs, Sprouts wrote five, and thought Durgin doesn’t lead on vocals, the pair praised his singing skills and called him the band’s “unsung hero, “on-site vocal coach,” and —  since he also writes harmonies — “refinement technician.” It’s an individual experience for the bandmates, with some of Sprout’s additions being the first songs she ever wrote, while Buswell and Durgin have a history of writing together. However, all things music went through the band as a whole, and the end result was reached together.

In hindsight, it seemed to Buswell like the album’s common themes turned out to be, other than wanderlust, “adventuring out of your comfort zone, finding companionship, and leaning on each other when times get tough.” These common themes of the album are all too common themes of our lives right now, but Pioneer Mother have been making the most of their time. Other than the debut album, the band is also looking ahead at a socially distanced live show on March 7 at Larimer Lounge, a show that had to be rescheduled from last year, and the excitement is mounting. One day soon they hope to be back on a summer festival stage, “with green grass, sunny skies and 10-15 crowd hoopers,” but for the time being, they’ve got a lot to be proud of.

Listen to The Call by Pioneer Mother here.