Food is generally and rightly considered to be one of the foremost mediums for telling the story of where folks are from. Perhaps less often, a person’s cooking tells where they’re at. For Angelia Han — founder and sole proprietor of Not Yo Mama’s Cupcakes — baking has always been an important part of her life.

“Cupcakes and hip hop. Those were the two things that always rocked with me,” she said. Founding the brand in April 2019 in Kona, Hawaii, Han has been serving a rotating roster of cupcakes — drawing inspiration from her Korean heritage, American flavors and ingredients from across the Pacific Islands and Asia. While cuisine often represents the past, Not Yo Mama’s Cupcakes embody a more united future — with flavors or “flavaz” charting the course or creating a gustatory map of Han’s personal history. 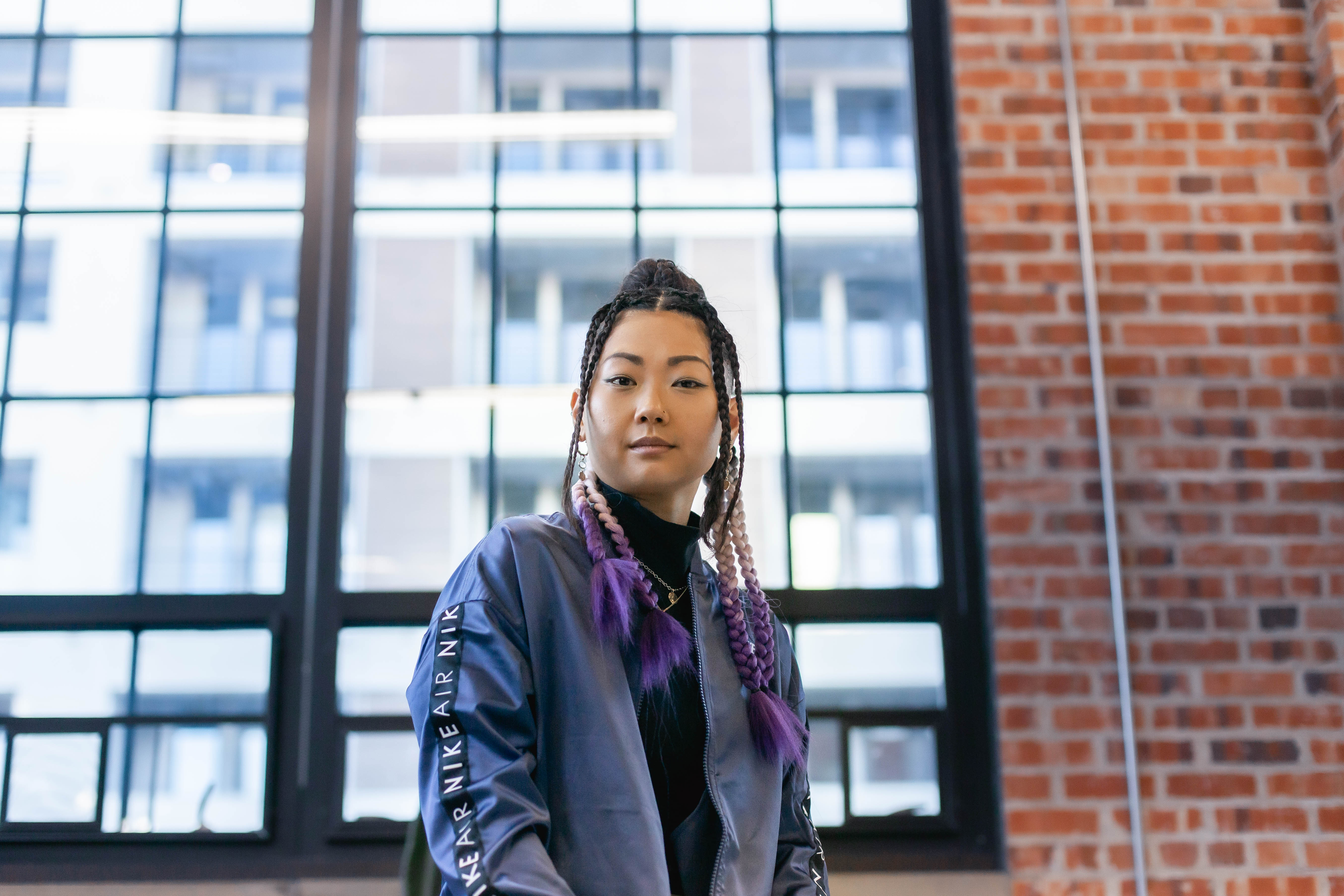 Perhaps even more important than culinary traditions and flavor profiles are the intentions Han brings to each pastry. Mentioning that her childhood birthdays had not always been happy, Han says she enjoys crafting what she sees as purified cheeriness — a symbolic triumph over any bad memories. “Cakes are the international symbol of celebration,” she said, noting that cupcakes were generally considered more specifically American. “Cakes have a deep significance for me,” she continued. “It’s important to celebrate your life. I’m sharing a piece of me, so we’re kind of celebrating life together,” she smiled. Motivated by exploring her roots, Han hopes that the cupcakes will be not only delicious but edifying — introducing folks to new tastes and customs in just about as nonthreatening a package as humanly possible. “If I can teach somebody through a cupcake, great,” she beamed.

Han was born in Guam, where she spent much of her childhood. At 11 she moved to the Bay Area, before relocating to Colorado to finish out most of middle school. After graduating from Grandview High School and Metro State University, Han moved to Las Vegas in 2016 before hopping over to Hawaii the following year. In Hawaii, she taught dance — specifically hip hop — and launched the brand to quick acclaim, before returning to Colorado in 2020 to be closer with her family. “A lot of my flavors were really established in Hawaii,” she said. Not Yo Mama’s Cupcakes took a brief hiatus before Han relaunched it locally on October 10, 2020. The pop-up friendly treats have been available at multiple events — including NTMRKT — and can be consistently found at all five Dae Gee locations. Online ordering is also available, to be picked up at the flagship Dae Gee on Colorado Boulevard.

While the line is relatively new, Not Yo Mama’s cupcakes have been developed over a lifetime. Han says she first started baking in high school, preparing early models mostly for friends and family. Long before the business was a twinkle in anyone’s eye, Han peddled her sweets at local hip hop jams, calling out what would eventually become her trademark. “The name stuck because we were shouting it at jams,” she said. While this may have been Han’s first active intersection between rap and baked goods, the music has always been clear creative fodder.

“According to my parents, I’ve been dancing since I was a kid,” she said. “I wasn’t always dancing actively, but I was always actively listening to music,” she continued. Beginning with Korean hip hop — with artists like Drunken Tiger, MC Sniper and the Honey Family keeping in steady rotation — it didn’t take long for her to become intrigued with American rappers. Citing Lauryn Hill, Missy Elliott and Outkast as the big three, Han seems to eat, sleep and breathe the culture — the flavaz drawing from a more general commitment to the game. “I’m just paying homage in a playful way,” laughed Han.

If cupcakes are inherently playful, Han’s are damn near mischievous. Featuring names like Matcha-ma-call-it, Cuppa Quoffee and Nutty By Nature, the brand epitomizes hip hop’s penchant for the jocular — the puns upping the grin-factor of each colorful bite. “I’m trying to create a common ground with nostalgia where it’s common for my culture and American flavors,” said Han. Eight standard “flavaz” are joined by limited releases. “I like doing drops that are not available all the time,” she said. This month, the Dis ish iz Bananaz — a cinnamon cake filled with caramelized banana butter and topped with dulce de leche and pecans— sits front and center.

Of all the flavaz, the Cocobae — an ube or purple yam and haupia or Hawaiian coconut cream cake topped with ube frosting and coconut flakes — is the most popular. Components like passionfruit, matcha and black sesame make frequent appearances, with the frosting — a combination of cream cheese and whipped cream — toning down the overwhelming sweetness often associated with the form. “It’s dentist approved,” she laughed, noting that her dental office had in fact given its blessing.

“It took me going to Hawaii to get back rooted in those roots,” said Han. “I wanted to cater to the local crowd.” While flavors like the Strawberry Shorty — a strawberry cake filled with strawberry cream then topped with frosting and strawberry shortcake crumbs — will be immediately recognizable to any western palate, the lower sugar content recalls the beautiful moderation of many Asian pastries.

This month, Han will be doing five pop-ups — including this weekend’s NTMRKT and a wine pairing with Infinite Monkey Theorem on January 30, where customers can enjoy an original lineup matched to each sip, both onsite and to-go. Keeping in line with hip hop’s varied elements, a dance challenge is also on the horizon, with apparel hopefully dropping sometime this year. Han says she intends to grow Not Yo Mama’s Cupcakes into a family business, most likely recruiting her sister to handle design and the back end. Even as the brand evolves, Han’s desserts provide a kind of global disorientation — a lovely reminder that the intersected nature of celebration is still here, revealing itself in the little things.

Not Yo Mama’s Cupcakes are available for pickup at all Dae Gee locations. Online orders can be fulfilled at the flagship location at 827 Colorado Blvd., Denver. Pickup for preorders is available every day from 11 a.m. – 6 p.m., though the cupcakes are available any time Dae Gee is open as part of a growing dessert menu.