Despite the hardships the restaurant industry faced last year, 29 breweries still managed to open. Of those 29, Cabin Creek Brewing in Georgetown was named New Colorado Brewery of the Year by Colorado Brewery List. The title was awarded based on a survey sent to every brewery in the state — an accomplishment that the Cabin Creek team is proud of since they take inspiration from many of those breweries. It wasn’t an easy road though — the culmination of determination, experience, hard work and perseverance of the owners and staff created an atmosphere for Cabin Creek to not only survive in 2020 but thrive.

According to co-founder and Head Brewer Pat Toland, Cabin Creek is “pursuing innovation steeped in tradition.” Toland got his start through homebrewing and worked at several breweries in the Denver area while also traveling to beer meccas around the world on a pursuit to craft the perfect pilsner. He might have done just that with Cabin Creek’s “Pounder” Foeder Pilsner — a pilsner that’s cold-fermented in a foeder made from American White Oak.

“The wood has been slightly toasted to add a hint of malt sweetness that can be perceived as vanilla or marshmallow,” explained Toland, “If you had the same beer fermented in a stainless steel tank, it would be a lot more bitter.” The foeder allows Toland and head brewer Mikey Kida to create pillowy lagers that are mellowed out by the wood even when they’re dry-hopped. Toland’s inspiration for the Pounder comes from a traditional Czech pilsner that’s been slightly Americanized by the use of American ingredients. 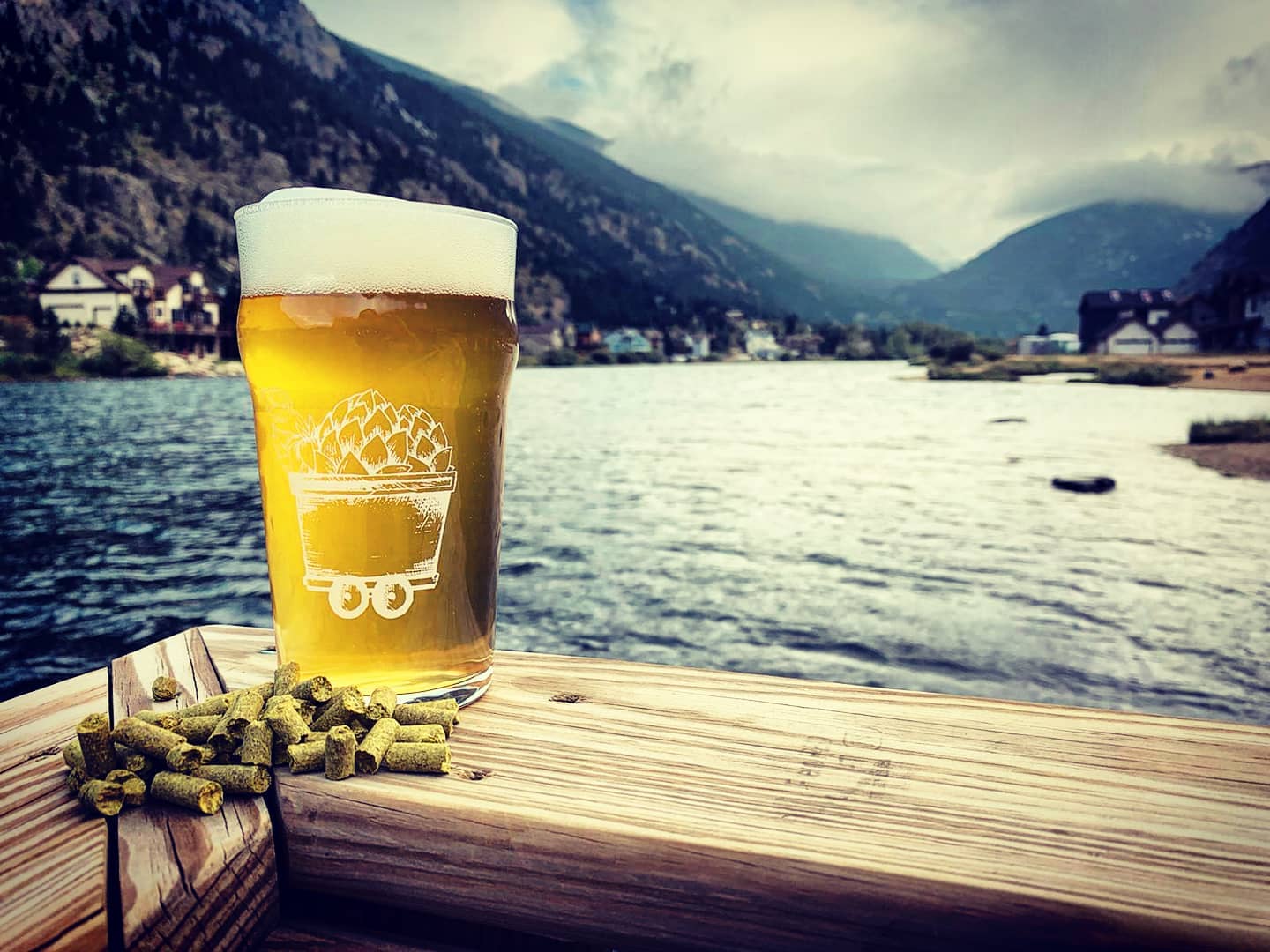 “While we pride ourselves on our lagers, we have to have some diversity in our beers to satisfy different palates but also have beers that act as a gateway to our customers who don’t usually drink these crazy Colorado craft beers,” said Toland.

Cabin Creek is called a brewery but actually operates as a brewpub with a full bar and kitchen, complete with a huge patio right on the shore of Lake Georgetown. This allows the restaurant to offer spirits, draft cocktails and wine in addition to the house beers and guest taps. The draft cocktails include a spiked Lavender Lemonade, 22nd Old Fashioned and the Hunter S. Thompson — a great daytime cocktail with rum, vanilla and coffee liquor.

Head chef Bob Russo developed the menu which consists of mountain-style cuisine. Russo developed a high-altitude pizza dough for the artisan-style pizzas that include classics like margherita and pepperoni alongside unique options like chicken alfredo, Thai chili chicken and smoked pork. You’ll also find favorite handheld items such as a reuben, classic burger, crispy chicken sandwich and Italian sub. If you want to jump outside the box, try the mountain burger ($15) — the patty is made from a blend of bison, elk, venison, wild boar and antelope. Even if you’re full after lunch, get the pull apart bread — it’s hot, doughy in the center and crispy on top and sweet yet spicy. If you don’t eat it there, you’ll want it for the ride home.

In addition to the dine-in menu, Cabin Creek also offers any beer in a 16 ounce crowler to-go, six-packs of the “Pounder” foeder pilsner, “Trail Tag” Hazy IPA and “Cheaters” Mocha Oatmeal Stout and to-go breakfast burritos for just $5 from 7 to 11 a.m. Friday – Sunday. It’s the perfect place to grab breakfast and a few beers for the slopes on the way up to the mountains.

While Cabin Creek succeeded in an extremely tough year for restaurants, it will be even more exciting to see what it can do in 2021 once restrictions are lifted and it can operate at full capacity for the first time. Whether you’re stopping in for a beer overlooking Lake Georgetown or grabbing breakfast to-go, Cabin Creek will welcome you with open arms.